The presidential election campaign in Kazakhstan entered the home stretch. The election will be held on June 9. Kasym-Zhomart Tokayev is the most likely candidate for the presidency. Experts believe that a good foundation has been prepared to successfully complete the transition period in the republic: the controlled transit process is nearing completion, the legal framework has been prepared, and a suitable candidate has been selected. However, the candidate number one doesn't doubt that he will win.

In total, seven candidates are running for office. However, according to most politicians and experts, Tokayev will win with a probability of 70% of the vote. (Vestnik Kavkaza 23.04.2019). The candidates who want to pursue a political career are fighting for the second place. While Tokayev is confidently coping with existing problems and expresses interest in improving the life of the population.

In particular, starting next year, he promised to raise the salaries of public-sector employees by 30%, increase social payments to 70%, as well as provide housing for low-income citizens. In addition, in the coming days he will have to deal with problems of mothers with many children. On June 3, more than 30 mothers staged a protest in Nur-Sultan. Their main demands were for better conditions of provision of housing. The president of Kazakhstan wrote on Twitter that "their issues will be considered in the framework of a working group to be held on 5 June. Problems should be addressed in a relaxed, businesslike atmosphere, according to the law."

All the protests in Kazakhstan, as a rule, are caused by socio-economic or ethnic problems. The researcher at the the Center for the Study of Central Asia, the Caucasus and Urals-Volga Region of the Institute for Oriental Studies of the Russian Academy of Sciences, Alexander Vorobyov, told Vestnik Kavkaza that all risks cannot be avoided. According to him, the uncertainty in the political life of Kazakhstan will increase, and this will become a new norm, that elites, society and neighbors of Kazakhstan will have to adapt to.

According to the expert, there are two main risks for Kazakhstan in the transition period. This is a potential possible exacerbation of the political struggle between groups of influence and conflicts in society. "However, one cannot consider any political struggle as a crisis or failure. If it remains within certain limits, it will even strengthen the political system. In addition to competition, the groups represented in the political system are also interested in cooperation and the preservation of the system. The neighbors of Kazakhstan (Russia and China) are also interested in ensuring that the transition period is stable," the expert explained. In addition, Vorobyev noted that complex socio-economic, national demographic and ideological-political processes take place in Kazakhstan’s society. It is necessary to prevent any conflicts and protests in society, therefore it is necessary to work with it and eliminate existing contradictions. The authorities of Kazakhstan understand it and work with the population. As an illustrative example, the decision on the action of mothers with many children. 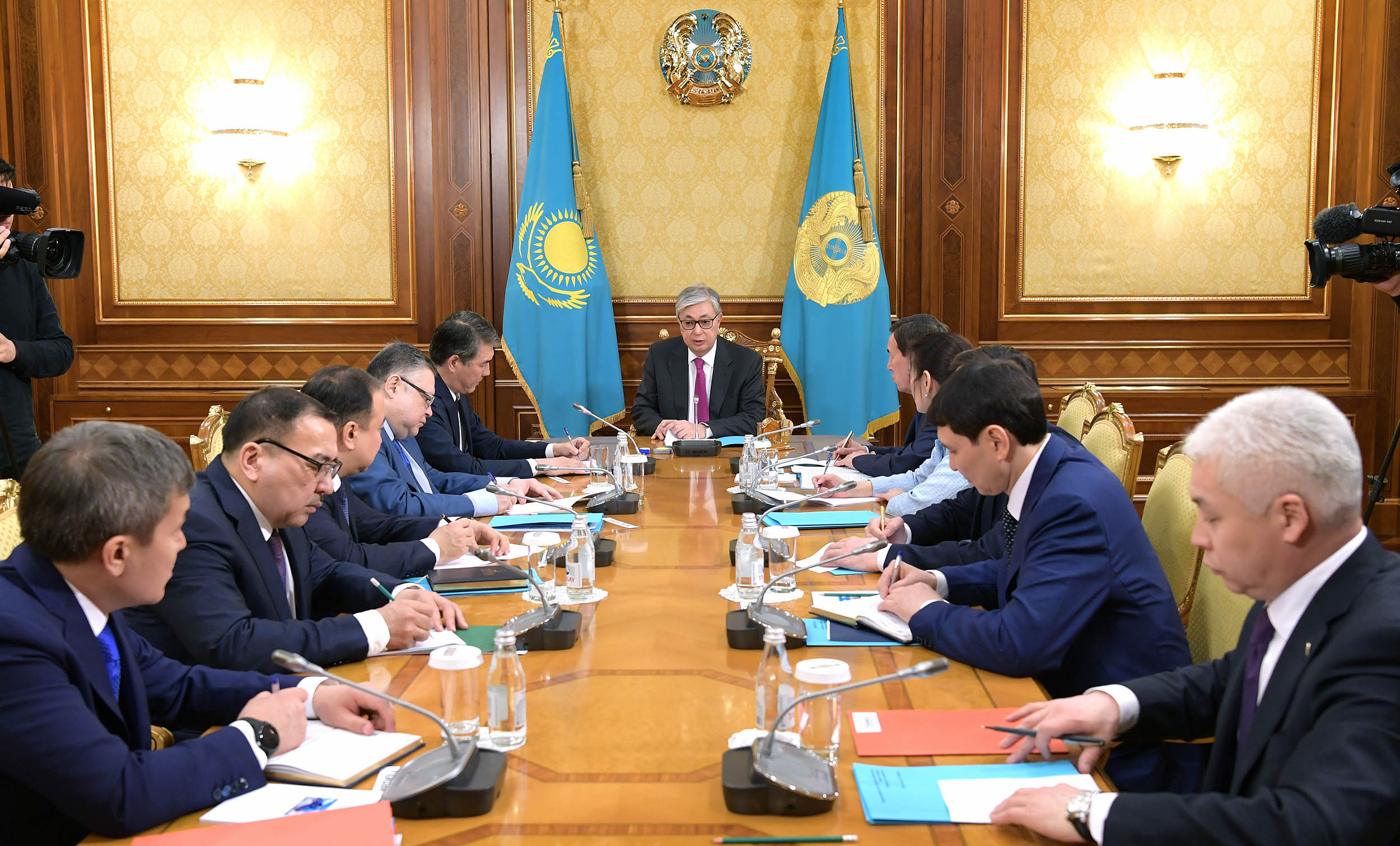 Tokayev admitted that being a president of Kazakhstan is not easy. "It is difficult, but understanding of your responsibility and the fact that the future of the country is in your hands seem to be the most important things. This is perhaps the most important thing. Responsibility stimulates and disciplines. Besides, I have an opportunity to consult with our first president, Elbasy (the leader of the nation - VK) Nursultan Abishevich Nazarbayev. I am not shy about doing so. I believe this is the essence of power transition in Kazakhstan," Kassym-Jomart Tokayev said in an interview with the Russia 24 TV channel.

An issue of partnership with Russia remains equally important for Nur-Sultan. "This is not only a strategic priority, but also an important pragmatic factor for achieving success in the internal development of Kazakhstan," the President of Kazakhstan stressed.

According to Alexander Vorobyev, continuity in the framework of the existing foreign policy will be preserved in Kazakhstan’s foreign policy. "On the one hand, there will be novelty factors. New people and a team alone is a renovation. Besides, post-Soviet countries have a high degree of personalization of power. On the other hand, there are factors that determine the continuity in policy. Foreign policy is largely determined by the state's economic and security needs, and not by the leadership figure. These needs are unlikely to change in a few months. Foreign policy is a reflection of the collective will of the country's elites. The interests of Kazakh elites in Russia, the United States and China also change little over short periods of time," the expert believes.

At the same time, Vorobyev does not exclude that certain changes are possible within the framework of the existing foreign policy. They will be caused by Kazakhstan's economic and security needs. "Perhaps certain strengthening of the intensity of Kazakhstan's political and economic contacts with the West and the rest of the 'outside world' as a whole. This will be conditioned by the country's interest in investments and technologies. Its intensive relations with China will continue, but further intensification of cooperation with Beijing on the Belt and Road Initiative may slow down, since China may define its priorities due to its trade and economic difficulties, as well as a partial reassessment of the significance of the Belt and Road Initiative."