Interethnic marriages are considered one of the foundations of multinational Russia. However, in the North Caucasus, young men prefer to marry girls from their ethnic group. Chechens are considered leaders in the mono-ethnicity of marriages (not counting Tuvans): more than 95% of this people are married to Chechens and only two percent to Russians. The interlocutor of Vestnik Kavkaza Marina (Mariam) Aslambekova, a native of Uzhgorod, a graduate of the Novosibirsk Law College, tells her love story with Chechen Mansour.

- My acquaintance with my future husband was a very difficult time in the history of our country: the second half of the 1990s, the war in Chechnya. But there are no barriers to love. Imagine: a Russian girl in Novosibirsk falls in love with a Chechen guy at a time when on TV screens endlessly talk about the difficult situation in the North Caucasus, terrorist attacks and other horror stories. I then worked as a merchandiser in one of the markets in Novosibirsk, and colleagues said that for several days our pavilion had been noticed by a young man who was asking about me. A few days later we met, and six months later we decided to become a family. My relatives and friends had such a hasty decision as they did not fit in their heads. Russian girl marries a Chechen guy! All the advice came down to a warning in the series “Don't go to Africa for children.” Only in place of Africa was Chechnya, and the bandits in the role of Barmaley. Now it may seem strange and even funny, but it was precisely these analogies that arose at that time among most of my friends and relatives.

- We did not have a traditional Chechen wedding. At that time there was no time for celebrations at all. But then I often went to weddings as a guest. I can not afford to not know about the intricacies of the Chechen wedding, because I have a growing daughter, and I myself am the future mother-in-law.

At first glance, the Chechen wedding may seem like a noisy, funny, but rather strange celebration. The whole holiday takes place without the participation of the groom. Each part of a traditional wedding has a deep meaning. When the bride is brought to the groom’s parents ’house on the bride’s wedding procession, she is met by her mother-in-law, who bites off a piece of something sweet, usually candy, and passes it on to her future daughter-in-law, who must accept the candy and also bite it as a sign of respect.

The role of the bride at the Chechen wedding may seem unenviable, because during the whole holiday she should stand in the festive hall in a wedding dress in a special place. This tradition reflects the attitude of Chechens to women's beauty, and to girlish immaculate purity. The bride for them is the purest and brightest image.

Another interesting wedding tradition is called “unleash the bride’s tongue”. The fact is that the bride is forbidden to talk with someone until she is presented with money. As a rule, the first one the bride speaks to becomes the father-in-law, who leaves expensive gifts and money next to the bride and asks her questions that she answers. After the father-in-law, numerous relatives of the groom and guests are allowed to the bride, who also want to receive an answer to their question, giving her cash gifts. 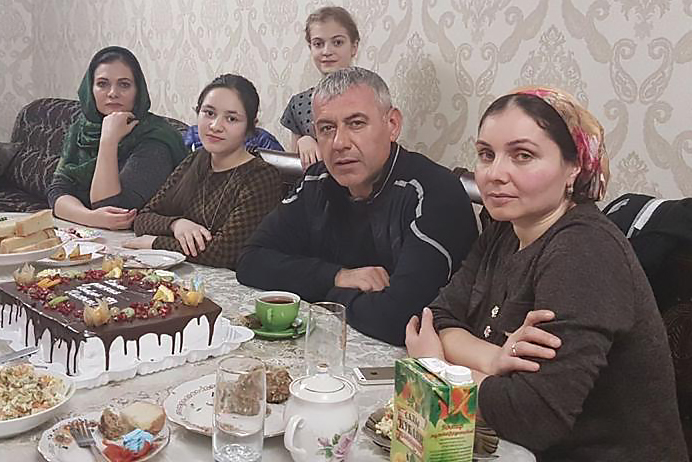 - What responsibilities in the house are considered female and which are male?

- In the Chechen tradition, the responsibilities of men and women are divided, like most of the peoples of the Caucasus. A man is a breadwinner; wealth and wealth of a house depend on him. A woman is engaged in housekeeping and raising children. The comfort and hospitality of the Chechen house is the wife's concern, and the rich decoration of the hearth and the expensive outfits of the hostess are the husband's concern.

- According to Chechen traditions, a woman in public places should wear a scarf. How long have you gotten used to it?

- In the modern world, many traditions go by the wayside, are altered or completely forgotten, however, the Chechens traditions are not just strong, they have become fashionable and perceived quite organically. Women's scarves or scarves in Chechnya remain a social norm, part of modern etiquette. In everyday life, doing housework, you can remain without a scarf, however, to appear with your head uncovered in front of your father-in-law is considered indecent. A scarf is not so much a beautiful element of a woman’s wardrobe as a sign of respect and female dignity. 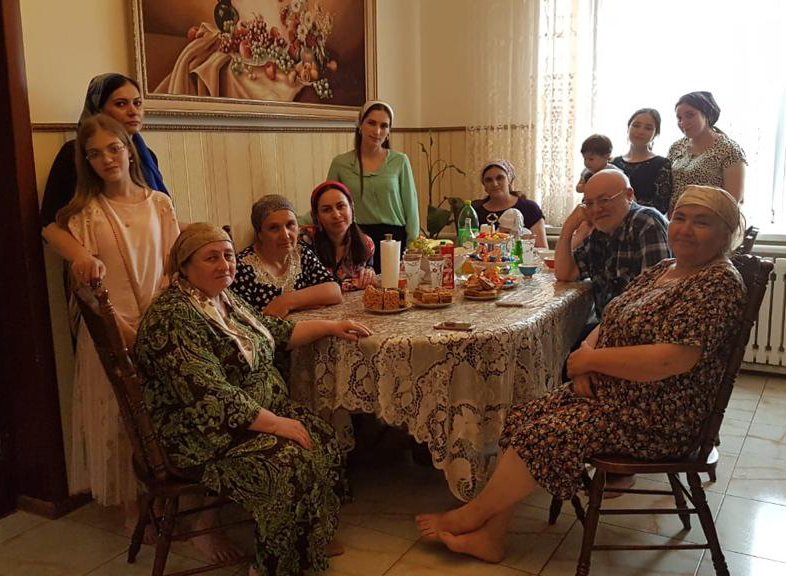 - Is there a separation of places for women and men in public transport? Or some other gender-sensitive measures?

- There are no strict regulations, but the features of the relationship between a man and a woman exclude the possibility of accidental contact of strangers. Any communication between a man and a woman should be made only in the presence of third parties and subject to a certain distance. I consider the observance of such norms of a traditional society to be very useful, as they form a respectful attitude both among specific people and throughout society.

Speaking of respect, one cannot help but remember the veneration of elders. In any Chechen home, special respect is given to the oldest member of the family. The most sincere and warm feelings, attention and care show to him. I think the Chechen Republic is the best place for old age. There are no unhappy old people here, however, nor abandoned children. Perhaps this attitude to human weakness and weakness, which is inherent in infants and the elderly, allowed the Chechen people to endure all the hardships and build a new happy life.

- What do you miss most in Chechnya?

- I have already become part of the Chechen people. I absorbed language, culture and traditions with interest, and now I can’t imagine myself outside my people.

- Chechen society pays great attention to female beauty. The main trend for Chechen fashionistas is the image of a goryanka with a stately impregnable appearance. Singing praises to Chechen beauties is unnecessary, but what can not be ignored in Chechen girls is their bearing and gait. The secret is very simple - all Chechen girls are given to classes in national dances, which form the grace of a female figure, harmony and a floating gait. 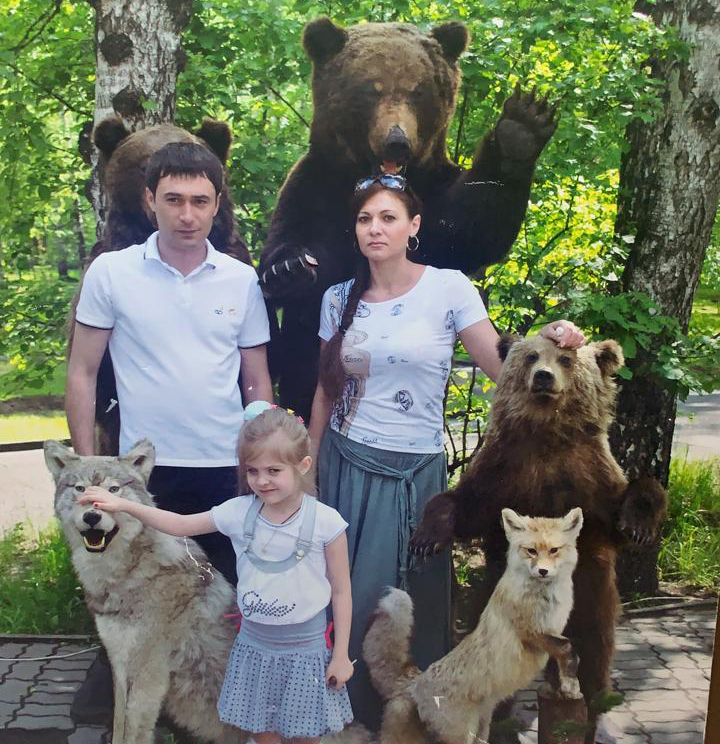 - Where is it better to have a baby in Chechnya or in Novosibirsk?

- In the Chechen family there is a cult of the boy. There are frequent cases when a family gives birth to children until a boy appears. Another very interesting tradition is associated with the appearance of a child in a Chechen family - Ag. Ag is the name of the cradle in which the baby sleeps. According to tradition, the baby is very densely swaddled and placed in a cradle on his back. Ag is in every family, as it is inherited. Sometimes you can meet families in which four or more generations of a family rocked in one cradle. A special mattress, which is laid in a cradle, is packed with straw, which is also considered a national tradition.

- What stereotype about Chechens would you like to dispel?

- There is an opinion that Chechens are cruel, but this is not true. Real Chechens are loyal, faithful friends, good-natured and sympathetic. The Chechen people have many talents and the modern history of this people is an eloquent confirmation of this.