Trump tells Iranian protesters he stands with them and warns Tehran: ‘The world is watching’

President Donald Trump expressed solidarity with Iranian protesters on Saturday, as they took to the streets of Tehran after the Islamic Republic admitted it accidentally shot down a Ukraine-bound airliner, killing all 176 people on board the Boeing aircraft, CNBC reports.

Trump, in Twitter messages written in both Farsi and English, called on Tehran to allow human rights groups to report facts from the ground and warned the government that the “world is watching.” 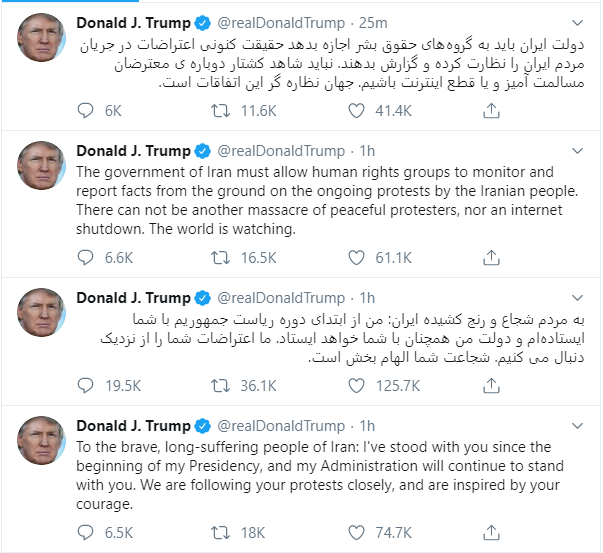