Ukraine's Boeing with 180 people aboard crashes after take-off in Tehran (PHOTO, VIDEO)

A Boeing-737 of the Ukraine International Airlines carrying 180 passengers and crewmembers crashed in Tehran shortly after its take-off from the Imam Khomeini International Airport, according to the Iranian media.

The passenger jet, which was en route from Tehran to Kiev, crashed due to technical problems, Fars news agency reported.

A spokesman for the Ukraine International Airlines company said that it had no information about the crash of its aircraft in Iran.

"We did not receive any information in this regard," TASS cited the spokesman as saying. He added that "the flight from Tehran took off in line with the schedule and we have no more information."

Head of Relief and Rescue Organization of Iran's Red Crescent Society Morteza Salimi that there were zero chances of finding survivors at the crash scene. "There are no chances that passengers have survived," ISNA cited Salimi as saying.

According to air tracking service FlightRadar24, the plane that crashed was Flight PS 752 and was flying to Kiev. The plane was three years old and was a Boeing 737-NG, it said.

"We are following reports that a Ukrainian 737-800 has crashed shortly after takeoff from Tehran. #PS752 departed Tehran at 02:42UTC. Last ADS-B data received at 02:44UTC," Flightradar wrote on Twitter. 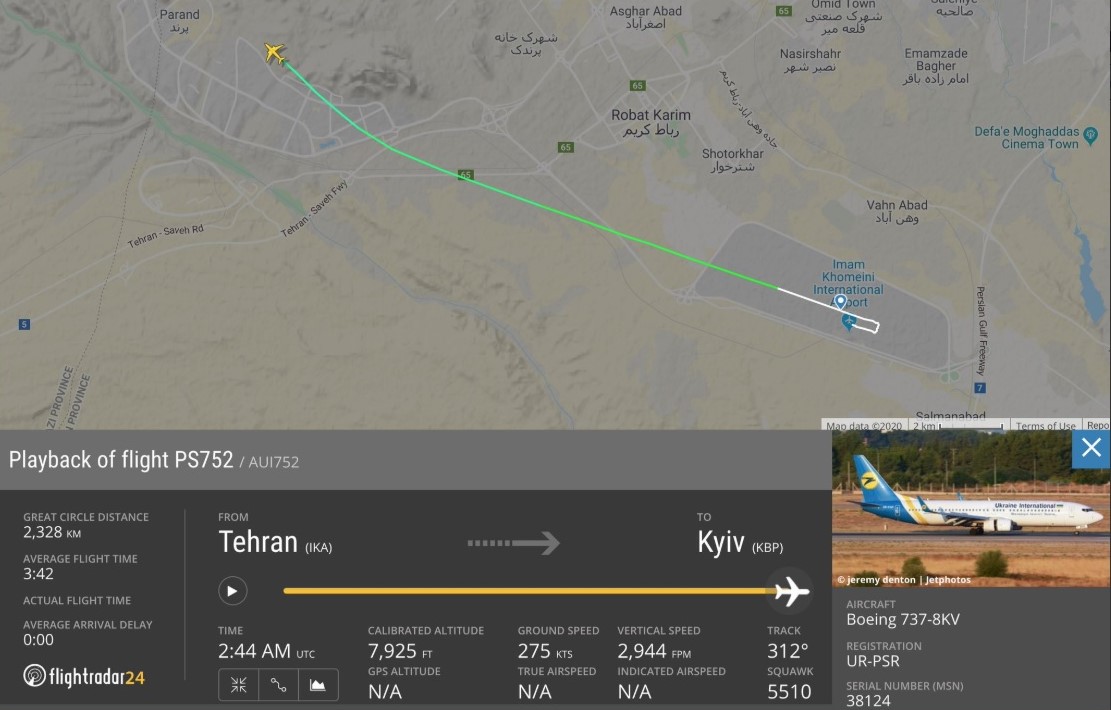 #Breaking First footage of the Ukrainian airplane while on fire falling near #Tehran pic.twitter.com/kGxnBb7f1q