What is happening in Armenia cannot be called a national disaster. Speech, of course, about the coronavirus. Every day in the republic, 500-600 people become victims of COVID-19. The total number of infected close to 30 thousand. More than 500 people have already died. In its regular communications, the Unified Information Center of Armenia carefully differentiates the number of deaths from those that are caused directly by the coronavirus, and those that occurred for other reasons. Statistics from this decency does not become. Data on the recovered people slightly improve the picture - 17.5 thousand.

And yet, what happened in Armenia? Why is the situation in neighboring Georgia completely taken under control, the country is included in the TOP 3 on countering the pandemic, and Tbilisi is already opening the border for foreigners, dictating (whether it’s a case to dictate its conditions to the West!) While citizens of which countries can come to Georgia , which ones are not, but Yerevan isn’t about opening borders, is it crying out for help to the world community?

In an attempt to analyze the situation, I deliberately do not consider the third country in the region - Azerbaijan, since it is both territorially larger and much more numerous than Georgia and Armenia combined. And these two countries are quite comparable in terms of area, population, customs, traditions, mentality, etc. And in one - everything is fine, in the other - a complete disaster.

If we turn to the events of the recent past, then both Tbilisi and Yerevan almost simultaneously started talking about the threat of an epidemic and the introduction of emergency measures. Moreover, the measures turned out to be identical - suspension of work of enterprises, restrictions on the operation of vehicles and shops, a ban on sports and cultural events, “no more than three are going to”, masks, gloves, etc. etc. Moreover, in Armenia at first the restrictions looked harsher and wider than in Georgia. For example, in addition to the well-known restrictions on the number of people in stores, a special time was introduced in Yerevan for older people who needed to make purchases. For strictly defined 2-3 hours, there should not have been buyers of a different age in the stores — only the elderly. Under pain of heavy fines. Tbilisi didn’t think of such a thing.

At first, epidemiological statistics were quite comparable and changed synchronously. But then an “explosion” occurred in Armenia, and the country took a long lead, confidently entering the world TOP-10, and then into the TOP-5 in terms of tragedy. 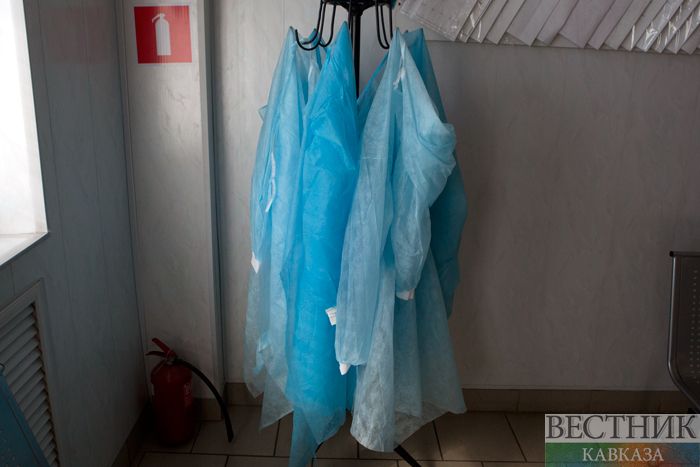 To understand what happened, I turned to familiar residents of Armenia, and based on their stories I drew up several “studies” from third parties, without mentioning names. However, some of them received publicity on social networks and, if desired, they can probably be found.

- By type of activity, I follow the events in Georgia. Indeed, the restrictive measures taken by the authorities of this country and the authorities of Armenia can be called identical. But as officials reported to the population, there was a big difference. Intensive propaganda was going on in Georgia - what is possible, what is not. Political leaders, high-ranking officials, popular athletes and artists, doctors, and epidemiologists constantly spoke on various television channels. Everyone spoke harshly, as seriously as possible. And all the warnings were reinforced by punitive measures - the police worked tirelessly.

In Armenia, propaganda turned out to be at a different level. It seems that they said the same thing as in Georgia, but the threat in the words of the “fathers” who spoke was often not felt. People followed the recommendations for a while. Then one broke them - got away, the other also passed, and away we go ... What can we say about the population, if one large official with such a scale arranged a wedding for his son with a broadcast on a social network that, by personal order of Prime Minister Nikol Pashinyan, he would stop the whole police unit was sent for festivities, and some general was not on a smaller scale - christening or some other family celebration. And this is in Yerevan. In villages, control cannot be established at all. So they got what they got.

- We are Armenians, prone to bravation. And this is just the case when the fluttering sideways came out. Many, on the days when quarantine was introduced, foolishly stuck out their breasts - no infection would take me; you think some kind of virus; we have been sick with the flu and will be sick, so what now is sitting at home? - etc. And there were a lot of those who were initially determined not to change anything in their daily lives, to violate the recommendations of doctors and the instructions of the authorities. Not to be assigned to every policeman. And when it came to be that coronavirus was “not an ordinary flu,” it was too late — the situation got out of control.

- I will say succinctly - cretinism. Two examples that occurred at intervals of several minutes. Gathered to the store - in a mask, gloves, as required. At the entrance there is a guard who must keep an eye on this, i.e. so that customers are wearing gloves and masks. He stands without gloves, the mask dangles in the throat. I made a remark - the reaction is zero. I leave the store - a picture of what is called, at least stand, at least fall. The guard didn’t let a man without a mask enter the store, he turned to the first passerby: “Brother, lend me your mask for a minute, I only need to buy cigarettes.”

- First of all, the authorities are to blame. A number of officials are not in their place, are not coping with their duties. And the behavior of people is a consequence of the inability of officials to cope with responsibilities. Why do some not believe in an epidemic at all? My whole family and I strictly observed the prescribed regime of self-isolation, leaving the house only in extreme cases. A close relative is working who is guarding one senior official. Urgently needed to meet. So not only that he pinned himself, he also brought the driver with him - they say, “not to leave him on the street,“ your boyfriend ”. I could not restrain myself, I say, are you normal? At home I have children, a wife, an elderly mother-in-law. And he answered meaningfully: you do not need to believe all kinds of nonsense, like I work for such a person, but he knows what is really happening.

- The authorities are to blame. I live in a small town in the north of Armenia. Our area was clean, not a single case of infection. But it became hot in Yerevan, the borders were closed, they went to breathe mountain air to us. On this our idyll ended - vacationers brought an infection. Whereas the authorities just had to close the regions, as they did in Georgia. And they themselves did not think of it, and did not take an example.

- First of all, I will bring the doctors out of criticism - they are doing everything they can, and even more. And you need to ask from those who rule the country. When a prime minister in a mask speaks almost every day on a social network - this is one thing, but with what intonations he speaks of a pandemic - this is another. Is there really no image maker to tell ?! And the Minister of Health ?! Another, at least, would have long resigned, this is all for nothing. Now he quarreled with Georgia out of the blue, then he blames his predecessor, then the whole system of medicine. Only one of his few speeches was on the topic - he recently stated that Armenia is negotiating the acquisition of a vaccine against coronavirus, which is not yet available. Only at our pace, until the vaccine is created, the whole country will be ill, and the vaccine can be an unnecessary and expensive budget waste. 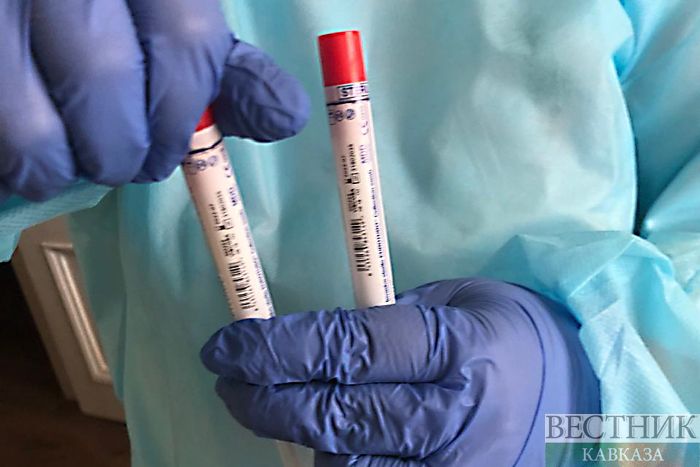 It seems that these stories will help to give an impression of what is happening in Armenia, and at least partially answer the question why the confrontation of the pandemic in this country was ineffective.

And the Minister of Health of Armenia Arsen Torosyan at a government meeting did inform that the country has stood in line for receiving a vaccine against coronavirus. According to him, the Ministry of Health is in talks with several manufacturers and organizations that will distribute the vaccine. He said that over 100 coronavirus vaccines are being developed in various clinics around the world, and some of them have undergone two stages of clinical trials of the three necessary. “More accurate information will be in early autumn, when preliminary results will be summed up. But the fact that this will happen and we can return to our ordinary life is already pleasing,” said Torosyan.

In his next comment, Prime Minister Nikol Pashinyan again accused the population of reluctance to follow the recommendations of epidemiologists. “During a walk along the streets of the capital, I noticed that some people wear very thin masks, one might say a net. Some people, as soon as they see my car with flashing lights, begin to lift their mask from their chins. I don’t understand this: you wear a mask not for me, the government or the police? .. Violators of the rules can condemn the death of another ... The rules are clear, their effectiveness is proven and must be followed. "

Despite the scandalous and ambiguous situation, the prime minister’s rating remains high. Its activities are positively evaluated by 85 percent of respondents. The survey was conducted by the official representative of GALLUP International by MPG (Marketing Professional Group). 54.7 percent of respondents liked the activity of parliament, 67.9 percent of the government, and 79.3 percent of the president. But the opposition is liked by just over 20 percent of respondents. In the "personal standings", Prime Minister Nikol Pashinyan is far ahead of all, 83.2 percent, and President Armen Sargsyan 83 percent.

According to some experts, the prime minister’s leadership can be explained by “sociability” - direct communication with the public on Facebook has not become boring, and still continues to appeal to ordinary people, but it can’t go on like this forever. Especially against the backdrop of the failure of the fight against the epidemic.