Foreign Policy: clashes between Armenia and Azerbaijan have always had outsized significance

Clashes between Armenia and Azerbaijan erupted on Sunday over the disputed territory of Nagorno-Karabakh, reigniting a decades-old conflict and raising concerns about the stability of the Caucasus region as well as the possibility of wider conflict between key international actors, including Turkey and Russia.

Foreign Policy reports in its article Azerbaijan and Armenia on the Brink of War After Deadly Clashes that Turkish President Recep Tayyip Erdogan, whose country has long been at odds with Armenia, strongly backed Azerbaijan and urged Armenians to stand against the government’s strategy. “I call on the Armenian people to take hold of their future against their leadership that is dragging them to catastrophe and those using it like puppets, we also call on the world to stand with Azerbaijan in their battle against invasion and cruelty,” he said on Twitter. Days before the clashes took place, Turkey reportedly transferred militants out of Syria and into Azerbaijan.

Source of tension. Armenia and Azerbaijan fought a vicious war in the 1990s over Nagorno-Karabakh, a majority-ethnic Armenian enclave which nominally falls under Azerbaijan’s jurisdiction. The region gained de facto independence at the end of the war and has developed deep ties with Armenia, but its status remains a source of considerable hostility between the two sides. In July, four Azerbaijani soldiers were killed in clashes near the Tavush region in the dispute’s deadliest bout of violence in years.

International significance. Regional disputes have larger geopolitical implications due to the Caucasus’ position as a key transit point for pipelines delivering oil and gas to the world market, and clashes between Armenia and Azerbaijan have always had outsized significance due to the possibility of dragging key international actors into a wider conflict. 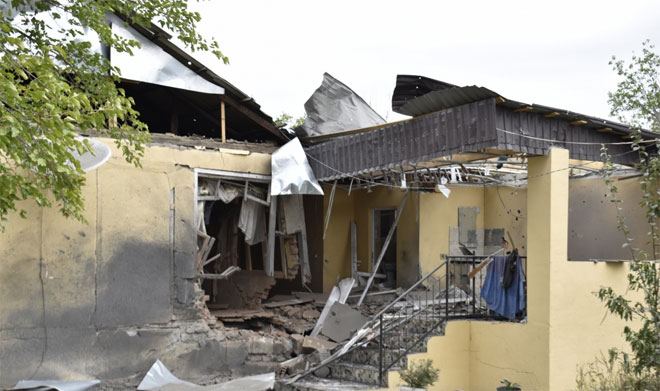