Since the Biden administration eased restrictions at the border earlier this year, federal agents have seen a surge of illegal immigrants attempting to cross, with dramatic increases in single adults, unaccompanied children and members of “transnational criminal organizations,” New York Post writes. Shortly after President Biden took office in 2021, he rolled back strict immigration policies instituted by his predecessor, including a “remain in Mexico” mandate.

It resulted in thousands of non-Mexican migrants waiting in Mexico for immigration hearings in the US. Thousands of migrants poured across the border in the early days of the Biden administration, spurred by promises made by smugglers that they would be more welcome under the new regime, immigration experts said. In March Biden put Vice President Kamala Harris  in charge of the border crisis, and delivered the belated message: “Don’t come over.”  After a brief visit to Guatemala to discuss “root causes” and an even shorter stop at the border in June, Harris  has barely talked about it — and nothing has  changed. Crossings are still as high as ever.

It’s the crisis that Biden is either ignoring — or doesn’t care that it’s happening.  Agents working in the El Paso Sector have so far detained 155,892 people in fiscal year 2021, which ends on Sept. 30 — almost triple the 54,396 in all of FY 2020. Nearly 80 percent of those making the crossing are single adults, a significant change in the demographics over the last few years that saw more families crossing the border and giving themselves up to Border Patrol agents. In the past, many claimed they were fleeing gang violence in Central America and seeking asylum protection in the US. 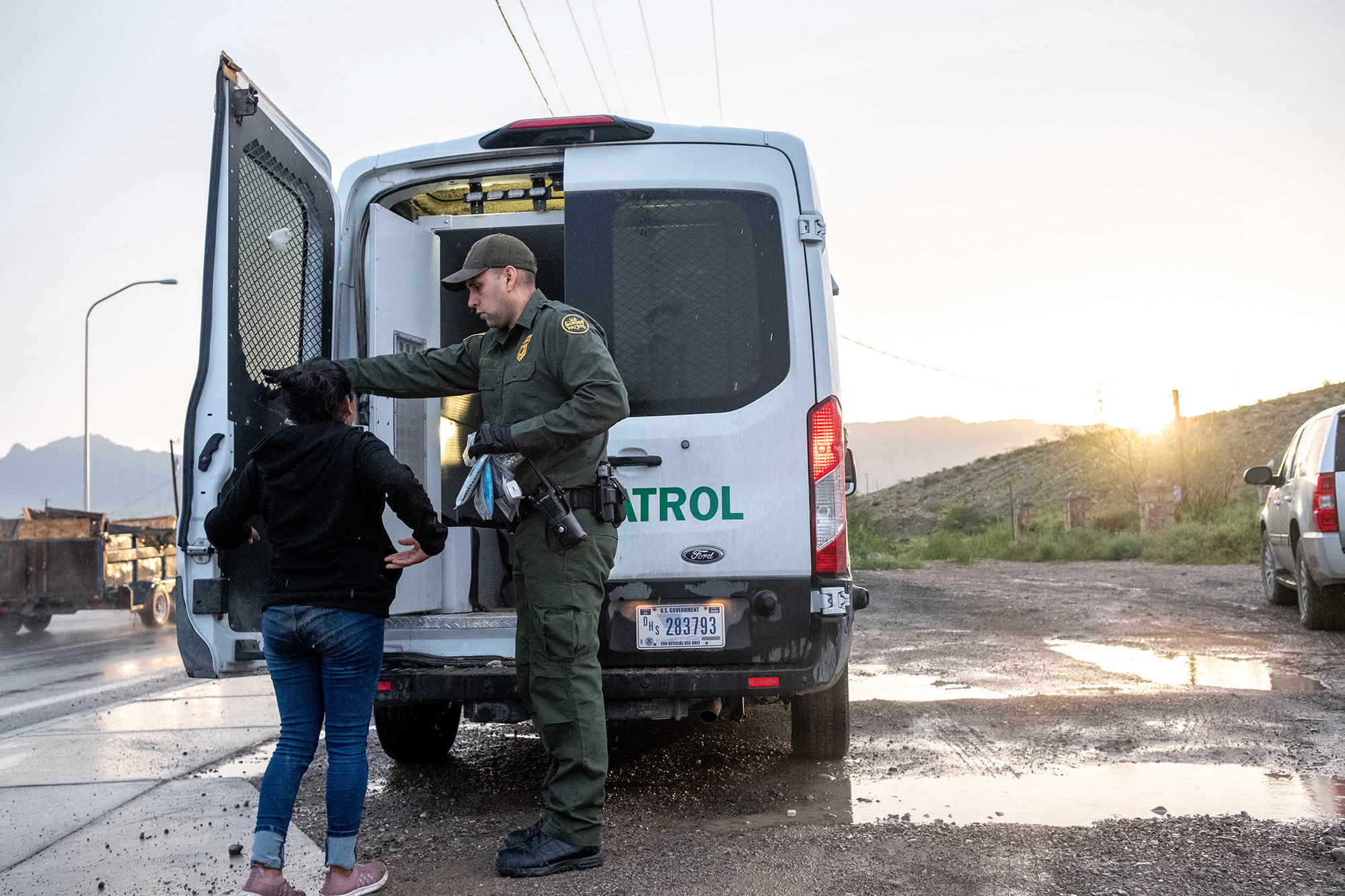 Now most migrants are coming to flee COVID and dire economic conditions in their own country, authorities said. They try to evade capture, sometimes attacking the agents who try to apprehend them, Border Patrol agents told The Post. In the past year, attacks against agents have nearly doubled from 23 last fiscal year to to 40 so far this year in the El Paso Sector alone.

“Because it is mostly single adults, we are dealing with more criminal activity,” said Gloria Chavez, chief patrol agent of the El Paso Sector, which encompasses 125,000 square miles and employs 2,400 agents. “We have a mixture of bad actors with the regular migrants.”

In the past year, Chavez’s agents have seen an increase in “stash houses” where smugglers and drug traffickers hold kidnapped migrants and often try to extort their families in the US for cash to release them. Agents have busted 270 stash houses this year and also seized 5,936 pounds of marijuana, 683 pounds of methamphetamine, and 336 pounds of cocaine, she said. Forty-four pounds of deadly fentanyl and 37 pounds of heroin were also seized, she said.

Among the scores of migrants entering the country are terrorists who are linked to Mexican drug cartels, agents said. A group of Republican lawmakers who visited the El Paso Sector in March told reporters that some people caught crossing the border were on a US terrorism watch list. Earlier this year, the Customs and Border Protection Agency confirmed to Congress that four people were detained whose names matched those on the FBI’s Terrorist Screening database, according to a report. The suspected terrorists — three Yemenis and a Serbian national — were caught in the El Paso region. Names were not released. 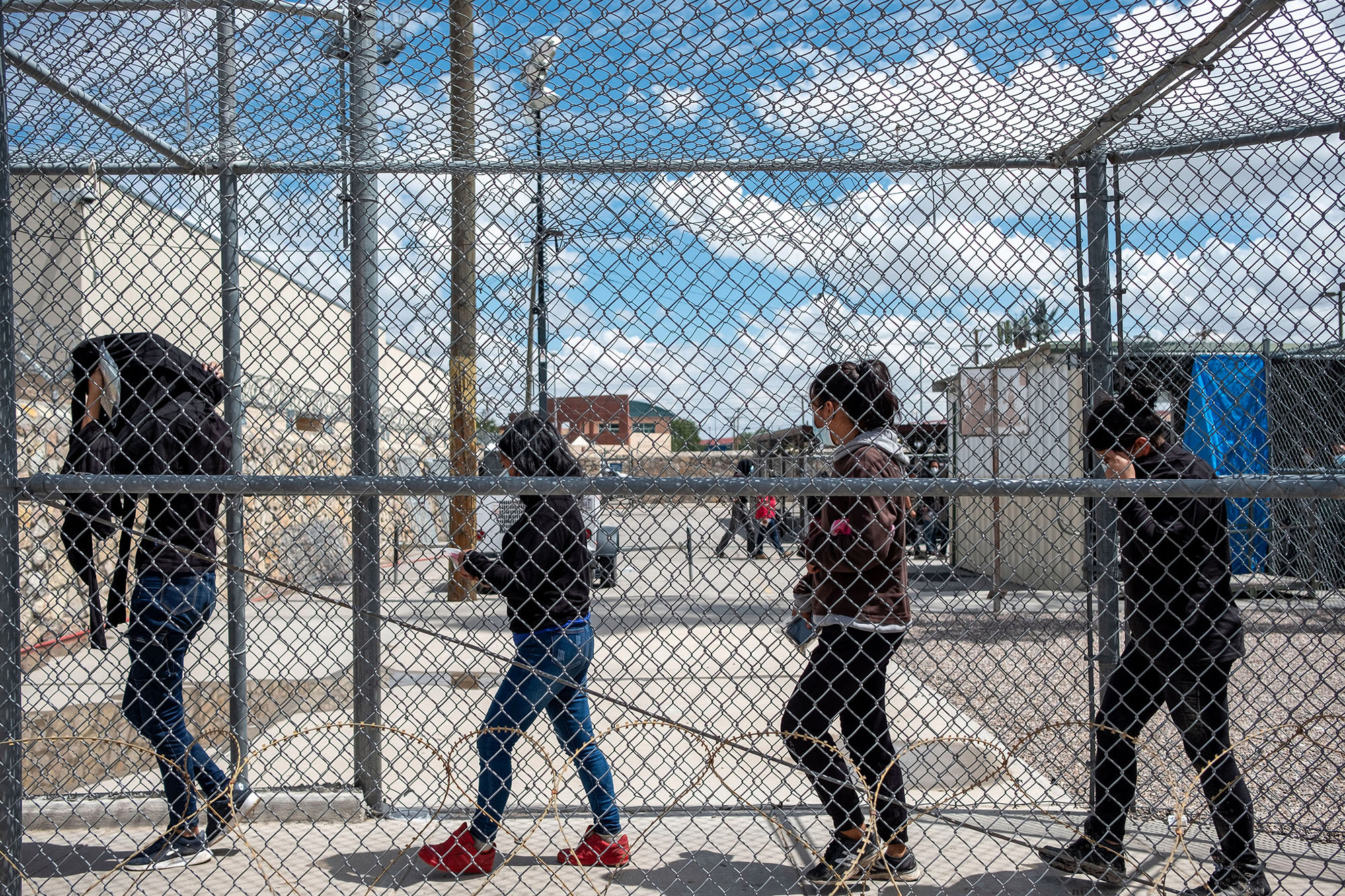 The surge in crossings also includes a spike in unaccompanied children. So far this fiscal year, there have been 18,765 unaccompanied minors compared to 4,832 last year in the El Paso Sector. If the children are Mexican, they are immediately handed over to the Mexican authorities. Minors 17 and under from other countries cannot be immediately deported and are placed in the care of the Department of Health and Human Services’ Refugee Resettlement and housed in temporary federal shelters until case workers can determine if they have family in the US. About 2,000 children are being temporarily housed at Fort Bliss in El Paso.

HHS conducts an investigation and reaches out to family members or finds a foster family, as in the case of the toddler sisters from Ecuador who were caught on video being dropped over a stretch of border fence in the El Paso Sector in March. The children, aged 3 and 5, were reunited with their parents in New York City in April.

El Paso agents say they are still haunted by the images on an infrared video of the little girls being dropped over the wall in the dark by human traffickers. “There are railroad tracks, rattlesnakes, coyotes and even mountain lions around here, ” said Joel Freeland, a Border Patrol agent and father of two young girls. “They just abandoned those two little girls, and didn’t care if they survived.”

Ecuadorians — who must travel a month by foot and bus over 3,000 miles to reach the US border — for the first time in memory now outnumber Mexicans as the most prolific illegal migrants at the southern frontier, agents said.

Increasingly, agents find themselves involved in rescue work as human smugglers abandon their charges at the border, often lying to them about the distance they have to travel to cross into America. “They tell them that they are at the border and have a few paces to walk, meanwhile it’s like 100 degrees and the border is a lot farther than they have been told,” Freeland told The Post. 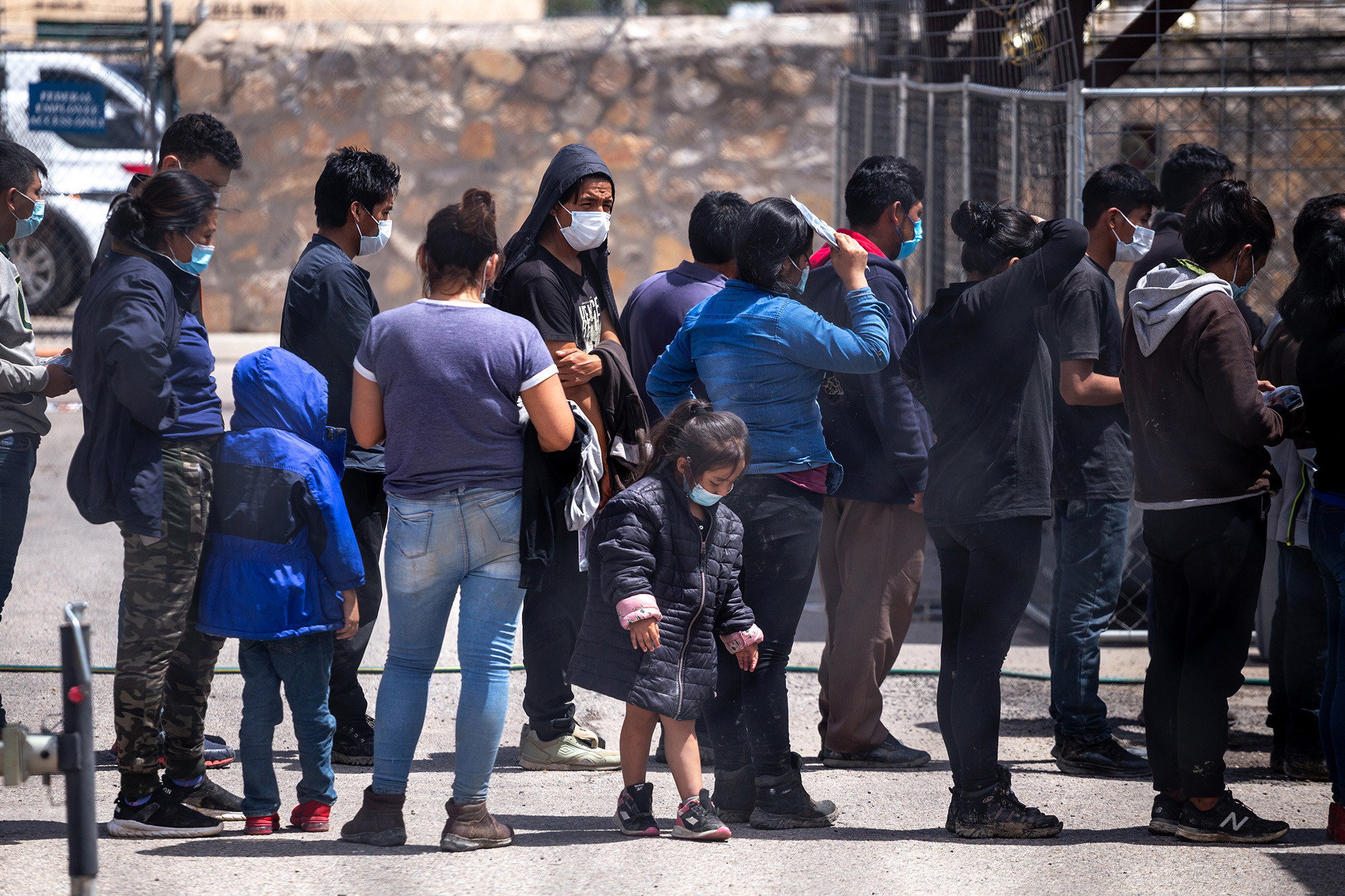 There have been 31 deaths in fiscal 2021 — compared to 10 in 2020 — in the El Paso Sector, and Border Patrol agents have been involved in 615 rescues of migrants in distress from extreme heat in the summer and drownings as increased rainfall has swelled the levels of the Rio Grande and nearby canals. Some have also suffered broken bones from hoisting themselves over a border fence that rises between 14 and 30 feet in places, agents said. “You are in danger of dying if you do not summon help,” reads a rescue beacon in Spanish and English, one of several in the El Paso sector where migrants can press a button to summon help from agents on patrol.

Migrants caught on the border are returned to Mexico often on the same day they are caught under Title 42, a provision that allows authorities to expel them if they are suspected of carrying a communicable disease. The program began in March 2020 during the height of the COVID pandemic, and has been extended under the current administration. Many of the migrants interviewed by The Post knew that they would be expelled from the country as soon as the Border Patrol recorded their information.

6535 views
later
Turkey to protect its borders from illegal crossings with smart towers
previous
Up to 4.5 mln Russian tourists to have vacation in Turkey in 2021