French union leaders upped their calls for President Emmanuel Macron to give ground on a planned pension overhaul, amid signs that support is flagging for a gruelling transport strike now in its 27th day. As RFI reports, Macron will address the nation later [Tueday] in his annual New Year's Eve speech, having largely left it to his government to defend one of the most contested reforms of his term.

The president will reaffirm his "determined ambition (for) a project of social progress," and official told the French news agency AFP on condition of anonymity. "At this stage he is not expected to go into the details of the reform," which would scrap 42 separate pension schemes for a single, points-based system, the official said. It would also set a "pivot age" of 64 at which retirees would benefit from a full pension, though they can legally leave at 62, a change the unions fiercely oppose. Macron's speech "is a non-event for us," Fabien Dumas of the SUD-Rail union told AFP.

"I'm not expecting any announcements," he said, ahead of new talks between unions and the government starting January 7.

After three weeks of strikes -- the longest since the mid-1980s -- the government has conceded that some workers, like police and firefighters, would still be able to have early retirements. And Paris Opera dancers were told over the weekend that the reform would apply only to new recruits from January 2022. 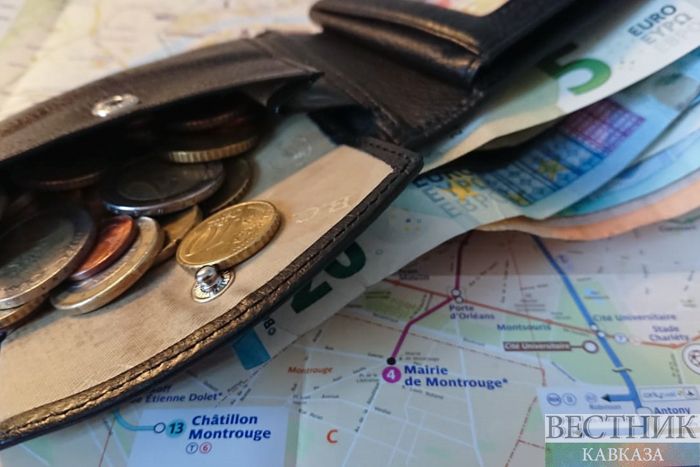 "It's obvious that his plan is coming apart," Yves Veyrier of the Force Ouvriere union told France Info radio on Monday. "You can see that it doesn't work for different sectors, whether it's pilots, firefighters, opera dancers," he said, reiterating his demand that Macron drop the plan outright.

The transport strike has cast a pall over the holidays, snarling daily commutes in big cities like Paris and spelling travel misery for thousands over Christmas. Half of the country's high-speed TGV trains were cancelled Monday, with more severe disruptions for regional trains, and similar disruptions are expected through the week.

But rail operator SNCF said just 7.1 percent of employees were on strike, including a third of train drivers, the lowest rate since the protest was launched on December 5. And in Paris, only two of the 16 metro lines were shut down completely -- though most others were offering only minimal service, and only during morning or evening rush hours.

"It's starting to get tiring, we're tired," said real estate employee Julie at Saint-Lazare station in Paris. "At the same time we support the movement," she acknowledged. "But it's tiring." 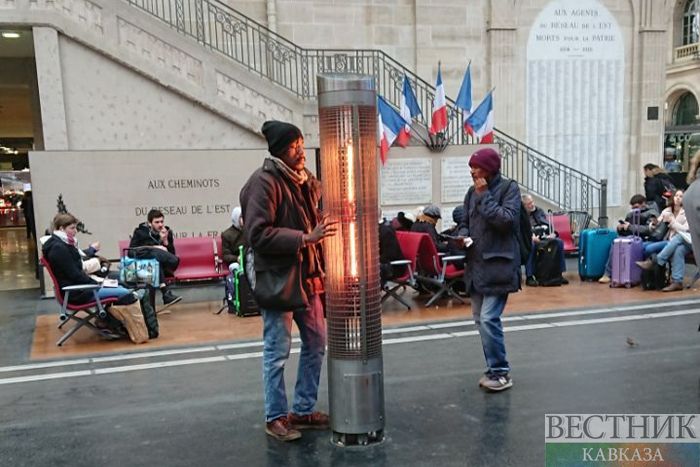 The strike is also likely to crimp New Year's festivities. Interior Minister Christophe Castaner said nearly 100,000 police would be on duty nationwide on New Year's Eve to prevent drink driving as more revellers opt to get around by car.

In Paris, 250,000 to 300,000 people usually gather on the Champs-Elysees to ring in the new year, with the city's 16 metro lines open -- and free -- all night. But this year just two metro lines will run, and only until 2:15 am, though transit operator RATP vowed to step up night bus services.

On Monday, CGT union members blocked ports in Lorient, Le Havre and other cities to protest the reform, and lawyers have called for a "hard strike" from January 6. Paris Opera dancers have also maintained a strike that has led to cancellations of some 50 performances so far, promising an outdoor concert at the Bastille on Tuesday after one at the ornate Garnier palace on Christmas Eve that went viral.

Labour leaders have already called a fresh day of mass demonstrations for January 9.

5430 views
later
Pope Francis apologizes for slapping woman's hand on New Year
previous
'An inspiration': Ronaldo has kickaround with Kazakh boy born without legs – as Khabib hails him for being 'best in the world'