Caucasus transport projects depend on geopolitics and tourism

There are not so many turnpike roads in the Caucasus so far to fully ensure even today's, far from full-fledged, transportation of passengers and goods. But the roads at all times remained the circulatory system of the economy. For example, experts considered that one ruble invested in the construction of the road quickly brings the regional economy up to five rubles. In addition, the Caucasus remains the most important geopolitical crossroads.

Military cargo cannot be measured in rubles when it comes to the security of the state’s southern borders. The Russian Federation also sets tusks for a serious partnership with Iran, Syria, India, for which modern transport arteries are needed.

There are several roads between the North and South Caucasus. Two of them are actually blocked for political reasons: Transcaucasian Highway and the coastal route Sochi - Tbilisi through Abkhazia. Two other roads are unsuitable for transport without major modernization: Military-Sukhum and Avaro-Kakheti. In fact, there are only the Georgian Military Road and the Makhachkala-Baku highway, with the latter as the only acting route, given the seasonal nature of the first one.

Is there a possibility of modernization of the non-functioning turnpike roads in the coming years? So far, only theoretical, experts say. The Military-Sukhum road - between Karachay-Cherkessia and Abkhazia - requires the construction of several tunnels, besides, the Abkhaz authorities fear the deterioration of the ecological state on their site, since they consider the Kodori Gorge a unique natural monument. 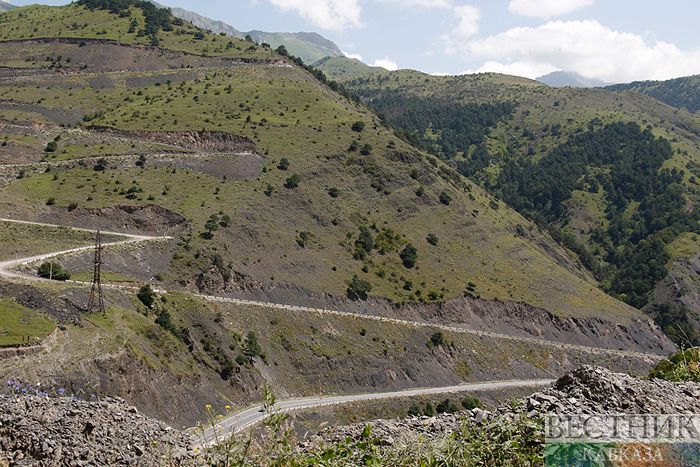 The Avaro-Kakheti pass route is also far from being realized, Dagestan political scientist Eduard Urazaev noted in a conversation with Vestnik Kavkaza. "This project is discussed every now and then, taking into account the economic and socio-cultural benefits, but it remains at the level of wishful thinking due to the difficult political relations between Georgia and Russia. However, the likelihood of reaching agreements between the countries in recent years is high - judging by the revival of tourism projects. So far, from Dagestan to Georgia you can only get via Azerbaijan, " the political scientist noted.

Three economic regions can be distinguished in the Caucasus - eastern, central and western, Mikhail Chernov, head of the Russia-Eurasia project, said in an interview with Vestnik Kavkaza. "The main transport corridor around which the entire system of Transcaucasian transport corridors will be built is the central one. This region includes Stavropol, Chechnya, Ingushetia, Kabardino-Balkaria, Karachay-Cherkessia, North and South Ossetia, the eastern part of Georgia and Armenia. The main road which will connect the Russian North Caucasus and Western Kazakhstan with the countries of the South Caucasus and Iran - the Transcaucasian Highway. For political reasons, the route is blocked on the border of South Ossetia with Georgia near Ergnet. The main adit of the Ruksky tunnel has been reconstructed. The Transcaucasian Highway has to be modernised with state of art technologies for laying a roadbed made of post-stressed or pre-stressed concrete slabs, which will make it possible to transport strategic or civil goods without damage to the road. The route begins in Alagir in North Ossetia, passes through South Ossetia, Georgia, Armenia and goes to Iran, " the political scientist said. 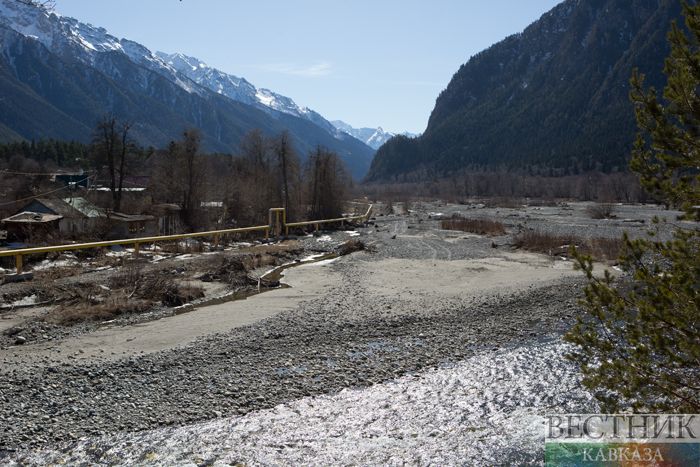 Another turnpike project has good chances to become one of the key ones in the Caucasus - the road from Grozny to Tbilisi, the source told Vestnik Kavkaza. “The project has a rather strong lobbyist - Ramzan Kadyrov. He also proposes to build a high-speed railway Rostov-Grozny, thus, the highway will continue to the South Caucasus. This is a political decision, but it will be built quite quickly. The business case is not satisfactory amid the global crisis, therefore it is still problematic to talk about the recoupment of such a route. The decision on the Chechen route will be made by the federal centre, based on many different factors. Once the decision is made, the road will be built very quickly, despite its complexity - we have the military builders who are laying highways and railways. We can also use the labour of convicts, " the political scientist noted.

The desire to actively develop tourism in the Caucasus will also contribute to the development of the transport network in the region. Tourist facilities, the construction of which the Federal Center intends to finance - Veduchi, Arkhyz, Mamison, etc. - are impossible without modern highways. It is not excluded that they will reach large-scale tourist clusters from the South Caucasus. According to the global experience, the more roads, the better life in the region.