As U.S.-Russia talks on the future of the world’s two largest nuclear arsenals begin in Vienna on Monday, diplomats and experts warned that President Donald Trump’s insistence that China join the discussions could obstruct the renewal of a crucial treaty and might even precipitate a new nuclear arms race. Russia's lead envoy in the talks has told NBC News that the Kremlin does not currently believe the United States will extend the New Strategic Arms Reduction Treaty, or New START, ratified by President Barack Obama in 2011 and due to expire in February.

NBC News reports in its article China overshadows nuclear treaty talks between U.S., Russia that Washington has withdrawn from a number of other agreements between the two former Cold War foes since Trump took office.

Russian Deputy Foreign Minister Sergei Ryabkov said ahead of his arrival in Vienna that he rejected what he called the American position on “verification for verification’s sake.”

But he accepted that some of Russia’s more recent nuclear weapons systems that appear to concern the U.S. could be placed under the “umbrella” of the existing treaty, as part of a reciprocal arrangement that would cover new American weaponry, including advanced missile defense systems that have become a major bone of contention for Moscow in recent years.

Ryabkov also said that Russia would be unable to force China to join the negotiations and was unwilling to try. He added that if Washington had concerns about Beijing’s nuclear activities, then it was up to American officials to bring the Chinese on board. 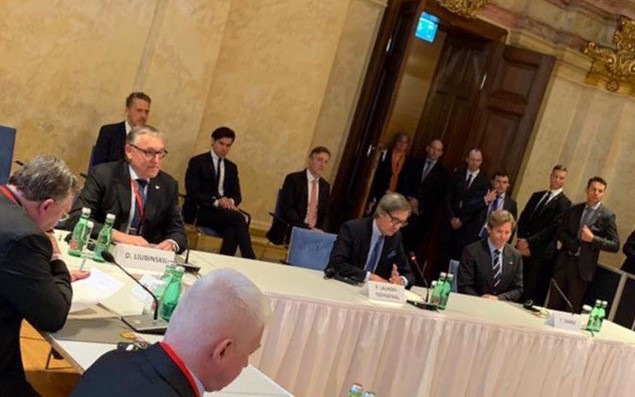 “The U.S. administration currently is so obsessed with China,” he said, that it makes progress impossible. “The Chinese idea overshadows, in my view, everything else.”

The U.S and Russia maintain at least 5,000 nuclear weapons in their respective stockpiles, according to both governments and the independent assessment of multiple analysts and groups, including the Nuclear Threat Initiative, but the terms of New START meant both nations could actively deploy no more than 1,550 active nuclear warheads, whether attached to intercontinental ballistic missiles, submarines or aircraft. The agreement also allows each country to frequently inspect the other to make sure the rules are being followed.

The current treaty will expire Feb. 5, 2021, unless it is extended for a further five years — a process that does not require congressional approval and could be quickly implemented.

Many experts say the decision to extend could be a first step to future cooperation, including perhaps a more wide-ranging and stringent agreement in the future. But no one is expecting the talks to be easy. “It's really hard to understand why the Trump administration wouldn't want to keep New START in place,” said Lynn Rusten, who coordinated between the original treaty negotiating team at the Department of State and the rest of the U.S. government. 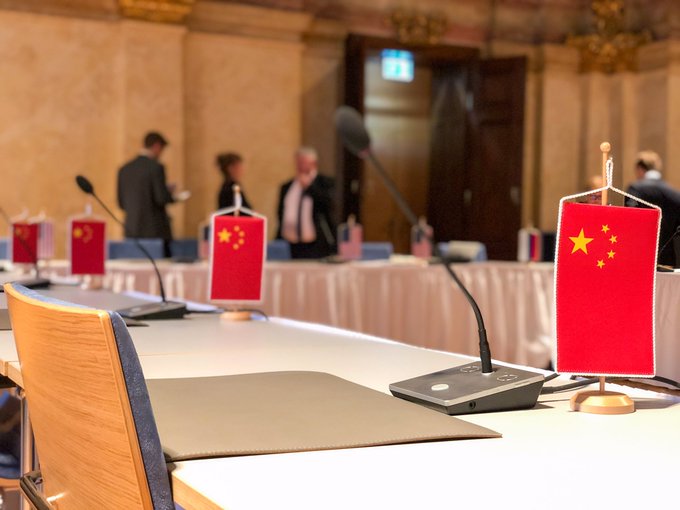 Rusten said the attempt to include Beijing in arms control negotiations between now and New START’s February expiration date represented a “really challenging proposition,” particularly given recent U.S. criticism of China following the coronavirus outbreak in the city of Wuhan.

“It's just an environment where, on the one hand, the relationship is deteriorating rapidly, and on the other hand, we’re insisting that they come to the table to negotiate on their nuclear weapons,” she said. “There's a lot of kind of internal incoherence and in the messaging, as far as I can see.”

Marshall Billingslea, America’s top representative at these talks and the current presidential special envoy on arms control, said recently that China must reverse a nuclear buildup he labeled “destabilizing” and engage with the U.S. and Russia. But Monday, from Vienna, he tweeted that “China is a no-show.”

“If China wants to be a great power, and we know it has that self-image, it needs to behave like one,” he said on a recorded video call last month, hosted by the Hudson Institute think tank in Washington, D.C.

He criticized Russia, as well, arguing that the country had repeatedly failed to comply with international agreements, including the Treaty on Open Skies, which grants countries the freedom to photograph one another’s territories from the air. The U.S. announced it was leaving that treaty last month.

“Not extending [New START] means you don't really know what the future is going to be,” said Alex Wellerstein, a professor at the Stevens Institute of Technology in New Jersey, who studies the history of nuclear weapons. “And that's a lot more tricky.”

Other critics of the U.S. administration’s approach are even more pessimistic.

“If this is gone, this is the Big Daddy, the one that actually limits launchers and warheads on both sides, then there's nothing left and we are in an open, multiple side arms race around the world.”

John Everard, a former British ambassador to North Korea, who also helped oversee nuclear disarmament in Belarus after the fall of the Soviet Union, was unsparing in his criticism of the major players.

“I don't think the U.S. attitude under this administration has been entirely helpful,” he said, adding that the behavior of the Russians and the Chinese has also undeniably damaged global stability and the implementation of international treaties. “It takes three not to tango.”