The indicators demonstrate that the negative trends of climate change worsen every year. Therefore, protection of every tree and natural water source must be a concern for all people from every corner of our planet and crimes against the natural environment are crimes against all humanity, Head of Department Center of Analysis of International Relations (AIR Center) Fuad Chiragov and Head of International Cooperation Department the Ministry of Ecology and Natural Resources Emin Qarabagli write for Brussels Morning.

A fact often overlooked or neglected by the international community and perhaps of much greater importance for the future of the entire South Caucasus region, is the environmental cost of occupation and conflict. During the active phase of the Karabakh war and the occupation years, the natural environment was damaged and ruthlessly exploited. Cities and villages that were home to up to one million people were completely erased and demolished. The once-blossoming city of Agdam was so destroyed that the representatives of the international media called it the Hiroshima of the Caucasus. 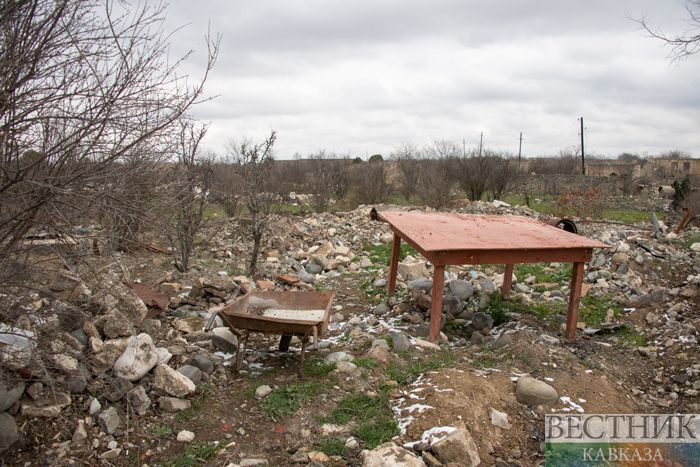 The loss of Azerbaijan’s control over these territories and the lack of adequate international monitoring enabled crimes to be committed against the natural environment. The former occupied territories of Karabakh used to host extensive forests populated with native trees and shrubs, rare species of animals and plants and abundant water reserves. Before the war, dozens of rare species of animals and plants were protected in the state reserves and other protected areas. The depredatory behaviour towards the environment for three decades will still have a negative effect on the lives of the millions of people of the region in the coming decades.

In the past 27 years, Azerbaijan has appealed to the international community several times to investigate the information about the illegal disposal of nuclear and radioactive waste in these territories. During the occupation years, every summer saw massive wildfires in the occupied territories because of the lack of an effective fire-management system and/or because of indifference. This fact was well-documented by the OSCE fact-finding mission in 2006. The report documented that the series of massive wildfires overran an area amounting to 163.3 km2 in the eastern part of the Armenian-occupied Azerbaijani territories in the summer of 2006. On September 7, 2006, a resolution entitled “The situation in the occupied territories of Azerbaijan” by the UN General Assembly in regard to the incidence of massive fires stressed “the necessity of urgently conducting an environmental operation” and called for “an assessment of the short-and long-term effects of the fires on the environment of the region and measures for its rehabilitation”.

After the liberation of the occupied territories, Azerbaijan has been trying to evaluate and calculate all the damage to residential areas, infrastructure and environment and to clear the territories of landmines that had been laid for thirty years. It is a costly and time-consuming activity that will probably take many years. At the same time, Azerbaijan seeks to appeal to the international community to stop the continuing pollution and damage of the environment in the region. Gajaran Copper-Molybdenum Plant and the Gafan Ore Refinery in Armenia continue ruthlessly to contaminate the drinking water source that is the Okhchuchay river (called the Voghji River in Armenia), which flows into the Araks river and thence into the Kura river and finally into the Caspian Sea. In other words, the pollution of Okhchuchay river puts at risk the wellbeing of millions of people as well as the fauna and flora of the region. 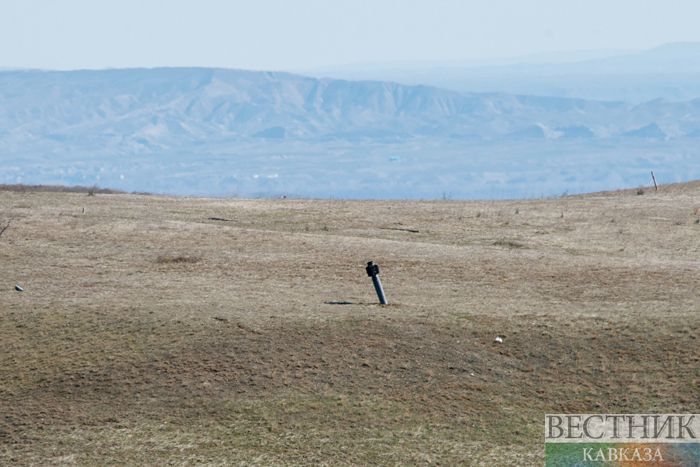 The German Company CRONIMET‎ is an active player in the Armenian mining sector and the main shareholder (60%) of the Gajaran Copper-Molybdenum Plant and the Gafan Ore Refinery. Many environmentalists remain completely dissatisfied with CRONIMET’s response to the environmental impact of the company’s activity. The German Embassy in Azerbaijan claims that the German company sold its shares in 2019. Also, according to the German Ambassador, the company is a private one and thus CRONIMET cannot bear any legal and/or criminal responsibility when the concerns were addressed to the German Embassy. In fact, according to  German laws and regulations, the criminal offence leading to corporate criminal liability does not necessarily have to be committed in Germany. If a company has its seat in Germany, corporate criminal liability can also arise from criminal offences committed abroad if they are linked to the company’s business.

Unfortunately, Armenia has not yet joined the Helsinki Convention on Transboundary Watercourses adopted in 1992. This international document serves as a mechanism for strengthening the measures and global cooperation aimed at achieving the environmentally sound management and protection of the transboundary surface and ground waters. Since Armenia denies any obligation before the international community for protection of the environment under law, the only way to stop this crime is increasing awareness and international pressure.

What we see is that the government of Armenia and the German company are trying to avoid any kind of legal or moral responsibility for continuing damage to the environment. Therefore, the Ministry of Ecology and Natural Resources of Azerbaijan has made approaches to international organisations, about the environmental hazards and the critical situation in Okhchuchay, including the raising of public awareness on environmental risks for the river and its ecosystem in the face of continuous pollution by Armenia. The people of Azerbaijan also hope that the environmental costs of the conflict and the obligations of all responsible parties will be evaluated with due attention according to the principles of international law.