Erdogan did not bend

There is no way Turkey gives up the agreement with the Russian Federation on the purchase of the S-400 missile system, Turkish President Recep Tayyip Erdogan is quoted by Anadolu Agency as saying. Thus, the Turkish leader confirmed his loyalty to the agreement with Russia, and at the same time - the categorical rejection of pressure attempts made by Washington.

By stating that Ankara is not going to give up the military deal with Moscow under any circumstances, Recep Tayyip Erdogan has once again demonstrated that no one is capable to put pressure on him since President Donald Trump has not succeeded. Recall that the US leader initially expressed his surprise and even some distrust when he was informed about the supply of the Russian S-400 to Turkey. When it finally became clear that this was not misinformation and not a game on the part of Ankara, Trump recalled the allied relations between Turkey and the US, and that Turkey, as a member of NATO, should buy weapons from its partners in the block. When this had no effect, the US President threatened to curtail the sale of the newest F-35 aircraft to Turkey and provided Ankara two weeks to resolve the issue.

Thus, Trump provoked a bold response of Erdogan. The meaning of the escapade of the Turkish leader summed up to the fact that Washington has no right to impose what Ankara should do while developing its relations with Moscow. It is also useless to blackmail the country with the cancellation of the F-35 deal, the Turkish president said, denoting that, in that case, he would consider buying from Russia not only the S-400 missile systems but also modern fighters to replace the American ones.

Washington tried to use sweet carrot instead of a broken stick by saying that the S-400 systems are incompatible with the NATO standards. The Turkish side was also reminded that according to the F-35 production plans, Turkey is not only the buyer of this aircraft but also the production participant. Indeed, Turkey has to organize the production of some parts to the aircraft, build warehouses, etc. But the Turkish side is adamant.

“There is no question that we will take a step back regarding the S-400 purchase. We have an agreement that we fulfill,” Recep Tayyip Erdogan told reporters in Istanbul. At the same time, the Turkish leader did not insist that the purchase of Russian missiles signifies a rejection of American weapons with similar objectives and goals. According to him, if the United States can provide a better offer as Russia did, then “we will consider it” and will be “ready to purchase the American Patriot missile systems”. “But we haven’t received such an attractive offer from Washington yet,” Erdogan stressed. 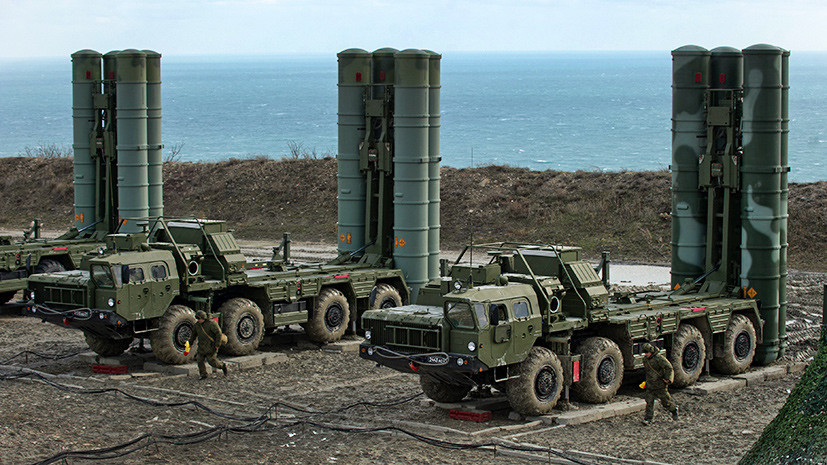 As an evidence of the readiness to continue the cooperation with the US, the Turkish president pointed out to the situation with the F-35 fighters, the delivery of which Trump links with the Russian S-400 missile systems’ purchase. According to Erdogan, the US delivered five F-35 fighter jets to Turkey, and Turkish pilots undergo training in the United States. At the same time, he expressed the hope that the United States would not withdraw from the agreement for some indirect reasons and would act in the framework of the deal.

But that is not all. The main surprise for Washington is still ahead. President Erdogan said that after receiving the Russian S-400 missile systems, it will be possible to consider the joint production of the S-500 missile systems with Moscow. According to the Turkish leader, "the S-400 transaction is completed. In the framework of the contract, the deliveries should begin in July, and maybe even earlier." “Russia has provided us with very good conditions. After that, we will work together on the creation of the S-500, including the joint production of the S-400 and S-500 systems,” Erdogan said.

Russia highly appreciated Erdogan’s determination not to derogate from the agreements. According to the press secretary of the President of the Russian Federation, Dmitry Peskov, the Kremlin is extremely negative about any kind of ultimatum demands, such as those addressed to Turkey by the United States, requesting to terminate the agreement on the purchase of the Russian anti-aircraft missile systems. "We consider such ultimatums unacceptable," Peskov said.

The recent spat between Ankara and Washington confirmed all that has been said lately. Turkey demands respect for itself, and will not tolerate the slightest pressure from anyone. It will be not easy for the US to win the NATO partner’s favor back. The price that Ankara puts up is growing with every Trump’s attempt to pressure on one issue or another. For the time being, Turkey's main demand, even if it is no longer as advertised as a few months ago, is the extradition of the US-based opposition preacher Fethullah Gulen. If Washington at least does not tone down and stop ordering Ankara self-conceitedly, then something else may be added to this demand until serious negotiations are needed for the full-scale normalization of relations — indeed, in such a state with a tendency to rapid deterioration, the American-Turkish relations simply cannot exist.

However, it is worth noting that the issue with Gulen may actually not be so important for Ankara, and Turkey is using it now and will use it in the future as leverage against Washington. Supporters of this theory argue their position with a question: do the authorities really need to bring the oppositionist to Turkey and hold a trial, thereby risking an increase in the number of his supporters or even provoking rallies? Gülen living in the USA is not anymore a threat to Erdogan. After the Turkish president defeated his opponents, Gülen doesn’t have much support at home, but reprisals against him may trigger the situation. So, Erdogan’s main opponent in his confrontation with Washington becomes almost a situational ally. The Turkish leader can just ask the American friends a question: if Turkey and the US are allies, how can one explain that the enemy of the Turkish legitimate authorities, who attempted to carry out a military coup, is hiding in the US and why the US vehemently does not want to extradite him to Turkey upon “a completely legitimate request”?