Ammonium nitrate appears to be the cause of the huge explosion that has left large parts of Beirut ruined and at least 100 people dead. Some 2,750 tonnes of the material had been stored in a warehouse for six years without proper security measures, according to Lebanese President Michel Aoun, The Independent writes in the article Ammonium nitrate: What is the chemical blamed for Beirut explosion, and how could it produce such a powerful blast? The scale of the blast – which could be felt as far away as Cyprus – appears similar to other incidents where ammonium nitrate has exploded, experts have said.

Early videos suggest the fireworks could have played that role. Videos show a small initial fire, accompanied by the small sparks and pops of fireworks going off, before the large explosion happens and engulfs the city around it.

That larger blast had all the hallmarks of being caused by ammonium nitrate. After it had cleared, orange clouds could be seen, which are probably toxic nitrogen dioxide gas that is released by explosions that involve nitrates.

The white cloud that came alongside the massive blast and quickly spread through the city appears to be a condensation cloud. Those typically accompany massive explosions in humid conditions, following the shock waves, according to Jeffrey Lewis, a missile expert at the Middlebury Institute of International Studies in Monterey, California. 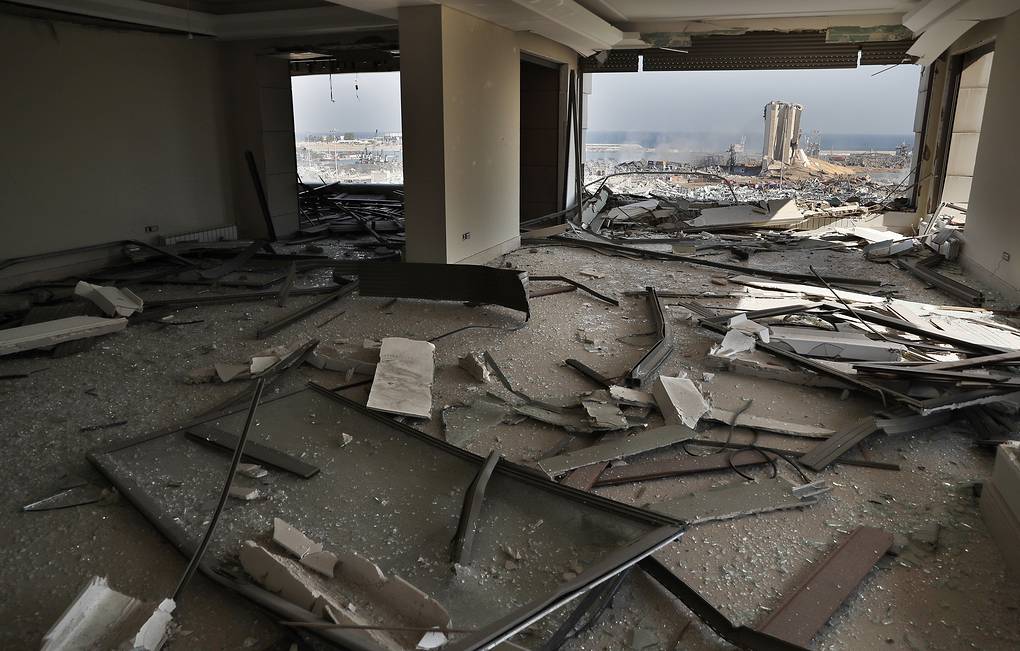 Ammonium nitrate is typically used for agricultural fertiliser. It is a relatively simple and inexpensive way of providing plants with nitrates. It is naturally occurring, and comes in the form of a white solid that dissolves in water that is also known as saltpetre. It is mostly made synthetically, in industrial production that allows it to be produced relatively cheaply for agricultural use.

Another legitimate use is in controlled explosions, such as those during mining and civil construction work. But ammonium nitrate is not explosive in itself, and still needs something specific to ignite it. In its pure state, it is actually relatively hard to ignite, though if it is mixed with something like oil it becomes much more dangerous.

Once it is detonated, however, it produces oxygen, meaning that it can very quickly increase the scale of an existing fire. As such, in many of the intentional and accidental disasters it has caused, it has acted to escalate explosions rather than as the first cause of them.

The particular way that the explosion happened will change the number and types of casualties that will be expected, said David Caldicott, an emergency consultant and senior clinical lecturer in medicine at the Australian National University. "This explosion can be considered as a ‘high order’ explosion, with an obvious blast wave seen to be propagated from a massive secondary explosion, that followed on from the event," he said.

Many famous bombing incidents – including those carried by the IRA in London through the 90s – made use of the explosive powers of fertiliser.

As a result, the chemical is tightly regulated in many countries. Though it cannot be banned as a result of its use in agriculture, both the purchase and storage of ammonium nitrate is governed by tightly-defined health and safety legislation.