Is Kim Jong-un sick? Can his sister succeed him?

As reports of Kim Jong Un's poor health swirl, foreign intelligence services and North Korea watchers are closely monitoring the secretive dictatorship for signs that something is amiss, Newsweek writes in the article WHO IS KIM JONG UN'S SISTER? NORTH KOREA LEADER'S REPORTED HEALTH PROBLEMS PUSH KIM YO JONG INTO FOCUS. Kim is reported to have undergone cardiovascular surgery this week, which would explain his absence from a key ceremony last week celebrating the "Day of the Sun"—a celebration of Kim's grandfather and North Korea's founder Kim Il Sung.

Reports of his condition vary. CNN cited an unnamed intelligence official who said Kim was in grave danger following the surgery, while NBC News reporter Katy Tur tweeted that the dictator was in a coma, though later deleted the post "out of an abundance of caution."

But South Korea's Yonhap News Agency cited an unidentified government official who said there were no unusual signs coming from North Korea to suggest that Kim was in a serious condition.

If Kim's condition is as serious as some have reported—which is far from confirmed—thoughts both inside and outside North Korea will soon turn to the question of succession. North Korea is an intelligence black hole, and even U.S. and South Korean intelligence have struggled to create an accurate picture of what is happening within its borders.

One of the most prominent figures within Kim's regime is his younger sister Kim Yo Jong, 31, who has risen to become considered the most powerful woman in the country, and a key lieutenant to her older sibling.

She is believed to be the youngest child of former North Korean leader Kim Jong Il's mistress Ko Yong Hui, who also gave birth to Kim and two of his older brothers.

The oldest brother—Kim Jong Nam—was assassinated in Malaysia in 2017. Passed over by his father to become successor, Kim Jong Nam was living in exile in the Chinese city of Macau and had been critical of his brother's regime.

The North Korean dictator is believed to have issued a standing execution order against Kim Jong Nam and is thought to be behind the 2017 assassination, which employed a nerve agent smeared on Kim Jong Nam's face as he waited for a flight at Kuala Lumpur International Airport.

The other brother—38-year-old Kim Jong Chul—was also passed over by Kim Jong Il as his successor. Though still in Pyongyang and reportedly part of Kim's regime, former North Korean deputy ambassador to the U.K. Thae Yong Ho—who defected to the South in 2016—has said the older brother does not involve himself in politics.

Kim Yo Jong was given her first public role by her father in 2007, appointed as a junior cadre to the Korean Worker' Party. Under her brother's rule she has steadily risen through the regime's ranks.

Kim Yo Jong—who currently serves as first vice-department director of the Korean Workers' Party Central Committee—first came to international prominence when she represented North Korea at the 2018 Winter Olympics in South Korea. 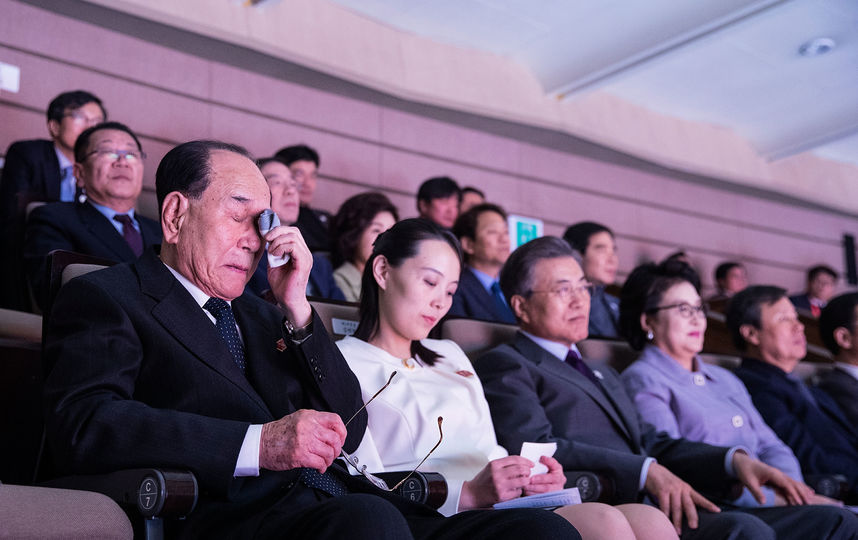 During her visit south of the border, Kim Yo Jong met with South Korean President Moon Jae-in and was pictured alongside Vice President Mike Pence.

Kim Yo Jong has since been present at several of Kim's key appearances, such as his summits with President Donald Trump in Singapore and Hanoi, Vietnam last year.

Still, being the sister of the supreme leader has not made her immune to party politics. After the embarrassing collapse of the Hanoi summit, Kim Yo Jong was reportedly sidelined and not seen in public for several weeks.

But recent developments suggest she has returned to favor, taking on a more prominent role than ever alongside her brother. Last month, Kim Yo Jong issued her first public statement in defense of North Korean policy, attacking the South Korean government after it complained about a weapons test.

The South described the test as "unhelpful" and called for a freeze on future launches. But Kim Yo Jong shot back, suggesting the test "was not aimed to threaten anybody" and describing the Southern complaints as "truly shocking" and a "truly senseless act" that would only "magnify our distrust, hatred and scorn for the south side as a whole."

Kim Yo Jong also won a seat in March's parliamentary elections, when her brother gave up his seat to officially become leader of the country. This underscored reports that she was becoming more influential within the government and was amassing additional influence and responsibility. 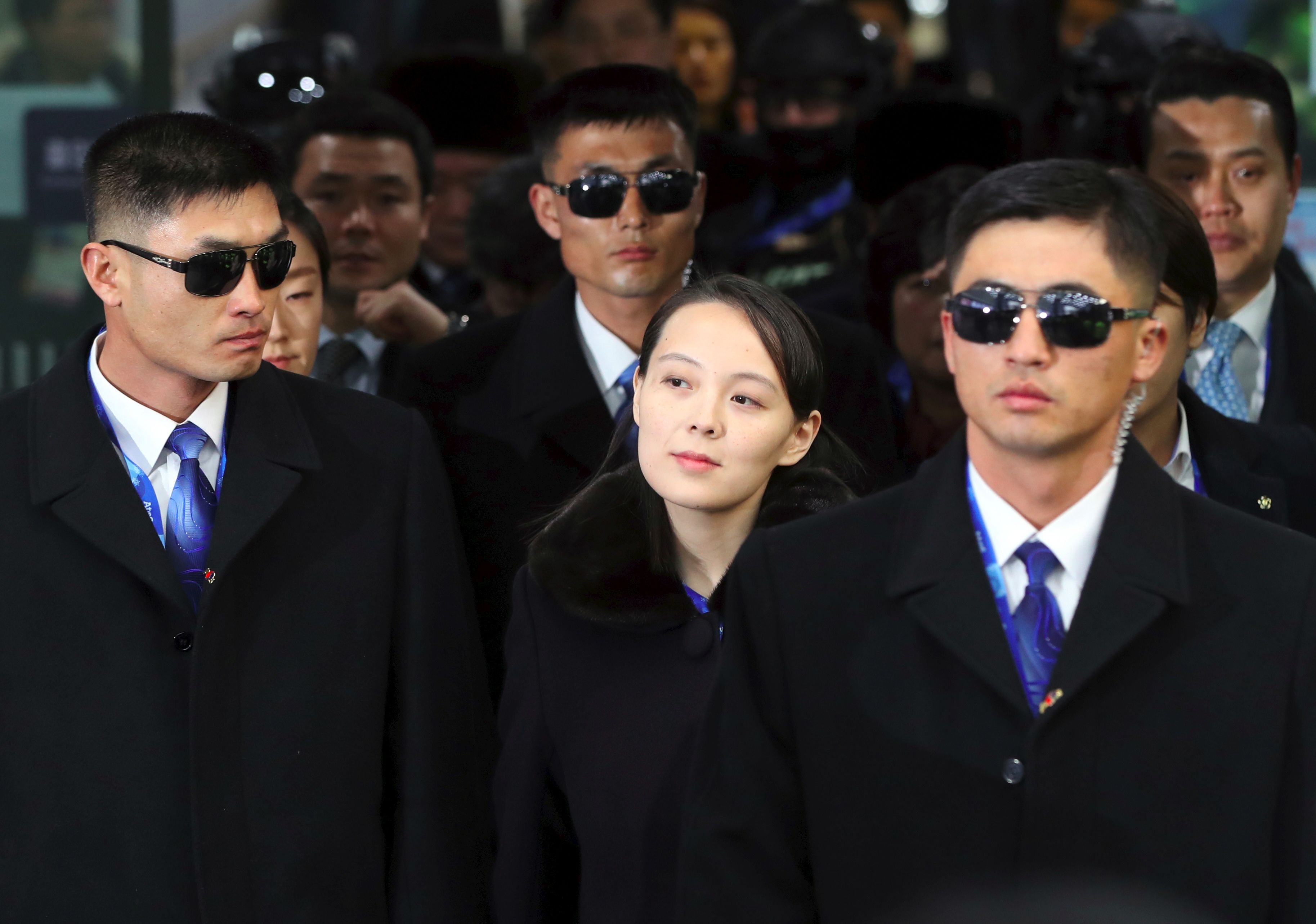 That influence has come with international scrutiny. Kim Yo Jong is among the North Korean officials blacklisted by the U.S. for "severe human rights abuses."

Despite her prominent position, it remains unclear if she has enough support or pull to succeed her brother, if indeed his condition worsens or he dies. Leonid Petrov, a North Korea specialist and senior lecturer at the International College of Management in Sydney, told The Guardian that Kim's sister "won't replace the primary decision-maker."

"North Korea is a Confucian country where seniority and masculinity are respected. She is Kim's most trusted ally, but no more than that," he argued. Indeed, according to Reuters, it could be because she is female and thus not seen as a threat that Kim has been so keen to promote her and willing to trust her with an expanded role.

Still, Washington Post Beijing bureau chief Anna Fifield noted on Twitter than Kim Yo Jong is "the only Kim family member who could even possibly take over the reins from Kim Jong Un." Fifield added, "She's risen up the ranks and has taken on an increasingly high public profile in the last two years."