Is war coming in the Caucasus?

The situation in the South Caucasus, which has been torn apart by ethno-territorial conflicts for four decades, has dramatically escalated this summer. It seems that after the intense July battles on the Armenian-Azerbaijani border, in which dozens of people on both sides were killed and wounded, there will be no return to the "freeze" which was so convenient for international mediators of the conflict.

If you look at the current situation properly, without the liberal-pacifist approaches in the spirit of "always concerned" Europeans, then there are practically no ways left to preserve the fragile military-political stability in the region. To date, de-escalation resources have been exhausted, while the effectiveness of long-term diplomatic recipes of the parties to the conflict is limited .

Thus, the supporters of the Armenian narratives in the settlement relied on the maximum preservation of the status quo (the inadmissibility of which is constantly stated by Azerbaijan and the OSCE MG co-chairs). The calculation was:

1. A few generations later, Azerbaijanis will put up with the "loss of territories" and recognize the independence of the separatist entity, as well as abandon a couple of regions adjacent to Nagorno-Karabakh, in fact, giving the go-ahead for the unification of Armenia and Nagorno-Karabakh.

2. In parallel, the world community, actively cultivated by the Armenian diaspora, will take the Armenian interpretation of the conflict settlement as a basis, forcing Azerbaijan to come to terms with the results of the military aggression carried out against it.

3. At least a certain part of the world community, a number of influential players, will recognize the subjectivity of the separatist "NKR" following the example of Kosovo.

26 years after the conclusion of the Armenian-Azerbaijani ceasefire with Russian mediation, it can be stated that none of the goals set by Armenia was fulfilled.

First, Azerbaijanis do not plan to retreat from Nagorno-Karabakh - neither young nor old. A vivid example of this was tens of thousands of citizens of military age who joined demonstrations in support of the Azerbaijani army amid the July clashes this year. For several days of fighting, more than 50 thousand volunteers turned to recruitment offices.

Second, despite the Armenian diaspora's intense activities, the world community did not take Armenia's part in the Nagorno-Karabakh conflict. The whole world continues to consider the territories of Nagorno-Karabakh and seven adjacent regions occupied. Among the latest documents on this topic, we can mention paragraphs 8 and 10 of the European Parliament recommendation to the Council, the Commission and the Vice-President of the Commission / High Representative of the Union for Foreign Affairs and Security Policy on the Eastern Partnership in the run-up to the June (2020) summit.

Finally, no country in the world, including Armenia, has recognized the "NKR"; the idea of "the subjectivity of Karabakh" is seriously slipping, and after Pashinyan's statement that "Karabakh is Armenia", it was compromised by Yerevan itself. Thus, the separatists not only did not come close to their goal - on the contrary, there was a certain regression in this area. This year Germany, in an ultimatum order, banned the activities of the so-called "NKR embassy". It is expected that other European countries with "quasi-representation" of the unrecognized regime will follow Berlin's example.

However, the situation is far from encouraging for Azerbaijan either. Baku's key problem is that since the conclusion of the ceasefire in 1994, the internationally recognized Azerbaijani territories have remained under occupation, and there has been no progress on the issue of liberating them.

One can, of course, recall the April battles in 2016, which allowed Azerbaijan to strengthen its positions on the front line and take back control over 2,000 hectares. Head of the parliamentary commission to investigate the April battles Andranik Kocharyan admits that the Armenian army lost two dozen positions in those days. There were successes in the Nakhichevan direction in 2018, when the Azerbaijani army regained control of about 11,000 hectares. However, these individual victories did not solve the problem of occupation (the July battles of 2020 were not considered in this context, since no territorial losses or acquisitions were recorded by the parties).

Moreover, no economic sanctions have been imposed on Armenia by the international community in 30 years, despite its recognition of the occupation of Azerbaijani territories. Even if the Azerbaijani-Turkish blockade weakens Yerevan's economic and demographic potential, it did not force it to abandon its claims to Nagorno-Karabakh and adjacent territories. Neighboring Iran and Georgia, which could effectively "bully" Armenia into peace, did not join the blockade, preferring to support Baku in words.

That is, each of the parties, to one degree or another, realizes now the low efficiency of continuing its current Nagorno-Karabakh settlement policy, subjecting it to revision.

On the Armenian side, after Nikol Pashinyan came to power, there is a maximum tightening of its position, despite the relative calm at the front in the first two years of his term. During this time, Yerevan put forward several high-profile conditions: the participation of "NKR" in the negotiations as a full-fledged negotiating party (which was refused by Azerbaijan and the OSCE Minsk Group co-chairs), the public refusal by the Armenian authorities of the "territory-in-exchange-for-peace" formula, and, finally, the well-known Pashinyan's statement - "Karabakh is Armenia. Period." 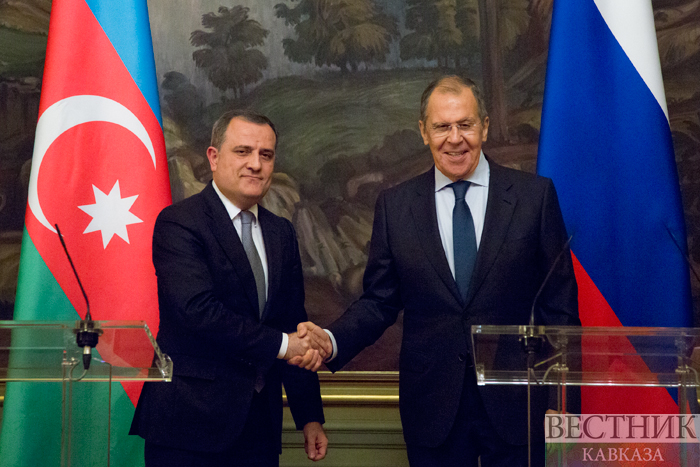 In response, Baku is asking a rhetorical question - what should we negotiate with Armenia about? Today in Azerbaijan, they started talking at the highest level about the need for "offensive diplomacy". Apparently, President Aliyev dismissed Elmar Mamedyarov, who did not meet the set task, and appointed Jeyhun Bayramov, who recently made a first visit to Moscow. The latest trend, seen in the statements of Azerbaijani diplomats, boils down to the following - Baku does not intend to negotiate "without substance", and any meetings should be built around a specific agenda - namely, the de-occupation of Azerbaijani territories.

However, the problem is not limited to the fact that the positions of the parties are now diametrically opposed and mutually exclusive, the negotiating agenda is simply absent, and the OSCE Minsk Group co-chairs have actually withdrawn themselves from the process under the pretext of a pandemic. Armenia has become more active in the issue of illegal settlement of the occupied territories, bringing in the families of Lebanese Armenians who suffered after the Beirut port explosion. Before that, there were July clashes, which, according to Sergey Lavrov, were provoked by Armenia's actions. According to him, the clashes were caused by Armenia's decision to revive the old border checkpoint located 15 kilometers from the Azerbaijani export pipelines, which launched a flywheel of confrontation on the border. This decision caused heightened concern in Azerbaijan and an "unjustified response" from Armenia.

All the aforementioned points bring us to a rather inconsolable picture: the negotiations have been disrupted, their foundation has been destroyed, the public space is overheated, and the provocative actions of one of the parties to the conflict do not stop (by the way, on August 30, Pashinyan visited Nagorno-Karabakh - in combat positions). There has been a frightening silence in the region after the July battles, being broken only by intensive military exercises of the parties to the conflict. And the main question now is who will break this protracted silence - diplomats or guns.