The crippling defeat undoubtedly taught Yerevan harsh lessons about how modern warfare is rapidly evolving and will likely have a heavy influence over its future arms purchase choices, Paul Iddon writes in the article What’s Next For Armenia’s Military After Devastating Nagorno-Karabakh Defeat? for Forbes.

The Sept. 27 to Nov. 10, 2020, Nagorno-Karabakh conflict between Armenia and Azerbaijan saw the latter successfully destroy large quantities of the former’s military hardware. Advanced armed drones provided by both Israel and Turkey, in particular, proved decisive for Baku in that war. Azerbaijani President Ilham Aliyev boasted that his country’s drones destroyed $1 billion worth of Armenian military hardware. 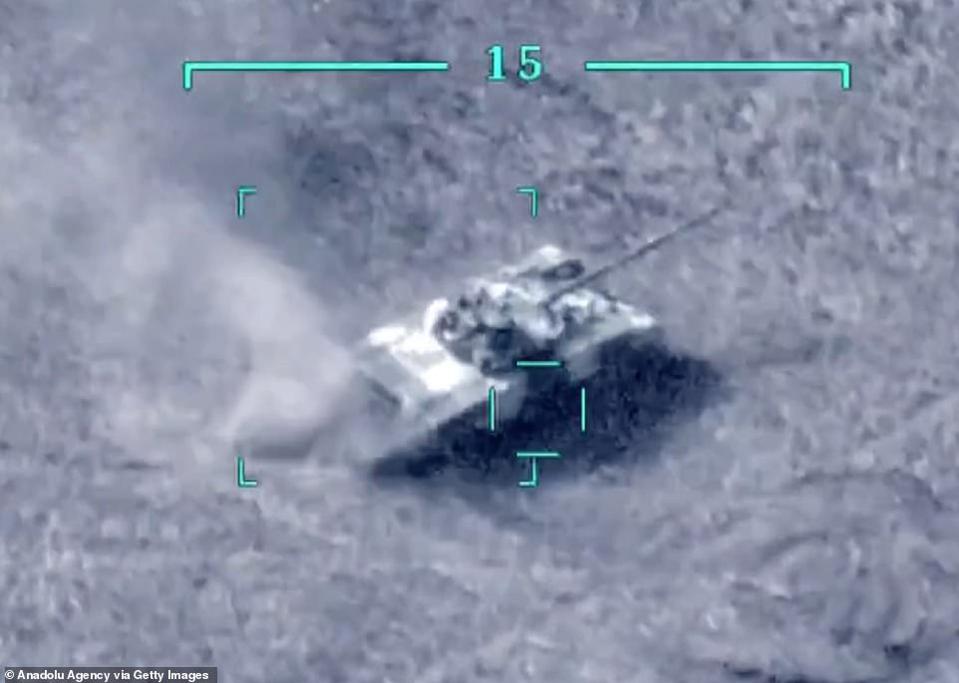 Armenia’s recently acquired Russian Su-30 air superiority fighter jets, the most advanced warplanes in Armenia’s small air force, were not used in the conflict. The non-use of these jets coupled with the inability of its Russian air defenses, older export versions which were designed to shoot down jets and bombers rather than small slow-moving drones, to prevent drone attacks enabled Azerbaijan to dominate the skies over the front-lines and effectively target Armenian ground forces.

Matthew Bryza, a Senior Fellow at the Atlantic Council, former U.S. Ambassador to Azerbaijan and a former U.S. mediator of the Nagorno-Karabakh conflict, believes that this latest conflict “demonstrated that Russian weapons systems, whether they be the S-300 air defense missiles or the T-72 tanks, even those with reactive armor, are of a different era when you have this combination of modern Israeli and Turkish drones.”

“If you want to be equipped for this modern battlefield and if you’re Armenia, you might eventually want to get that type of equipment,” he said. “Where Armenia can obtain drones or the kind of air defense systems it needs to withstand attacks like the ones the Azerbaijanis mounted remains to be seen.”

Israel, a major arms supplier of Azerbaijan and importer of Azerbaijani oil, is not likely going to sell Yerevan advanced weapons or drones. Turkey certainly won’t either since it is a major rival of Armenia and strongly supports Azerbaijan.

Bryza also doubts that the U.S. will sell Armenia advanced weapons. In his view, this means that Armenia’s only viable option is its traditional arms supplier, Russia. However, Moscow may not be willing to sell Yerevan more advanced air defense systems than it has to date. “Either way, Armenia doesn’t have the money to buy them anyway,” Bryza said.

He went on to point out that Armenia and its people are in “a different state of mind” than before this conflict when the country had the “notion that its military was invincible and that Azerbaijanis didn’t know how to fight.”

“Now they have suffered such a national calamity that their whole mindset is one of deep self-searching and trying to figure out how to rebuild their morale,” Bryza said. “They have a lot of domestic political questions to sort out, including whether or not Prime Minister Nikol Pashinyan will survive politically.”

“Only once all of that, getting through the multiple stages of grief, has happened, I think will they be serious about rebuilding their military.” And even when Armenians eventually reach this point, they won’t necessarily need to rebuild their military arsenal to exceed or even match Azerbaijan’s military and technological capabilities since Baku isn’t likely going to attack internationally-recognized sovereign Armenian territory.

“So Armenia doesn’t need to match Azerbaijan’s military capabilities, it needs to figure out what its national strategy for the future is and how to live within its own internationally-recognized boundaries in a way that allows Armenian people to feel safe,” Bryza said. “And that, I believe, is going to require a whole different set of military capabilities.”