The status of the Panjshir Valley in the east of Afghanistan remained unclear Tuesday, following Taliban* statements that the militants had taken the last holdout province in the country even as anti-Taliban resistance members vowed to keep fighting, CNBC writes. If the claims of victory are true, it means that the whole of Afghanistan is now under control of the Taliban, who through a series of stunning battlefield gains and Afghan military surrenders through July and early August took over the country of nearly 40 million as the U.S. withdrew its forces.

It would also mean an unprecedented and profoundly symbolic defeat for a province known for its thus far undefeated fighters, who over the last several decades successfully withstood both Taliban and Soviet invasions and who were vital allies to the U.S. Fighting was continuing as of late Tuesday, according to a member of the National Resistance Front, who spoke to CNBC from Panjshir on condition of anonymity due to security risks. The NRF is a multi-ethnic group of tribes, militias and Afghan military personnel who oppose the Taliban.

While the Taliban have entered the historically crucial valley, there is no evidence that they have taken control of it, says Kamal Alam, a nonresident senior fellow at the Atlantic Council, who was in the Panjshir just last month.  “Taliban have claimed they took Panjshir before without evidence. This time one thing is clear: They have definitely entered Panjshir,” Alam told CNBC on Tuesday. “Taking it entirely is another matter, and yet to be proven. They have only taken parts of it at a minimal level for now, that much is certain.” 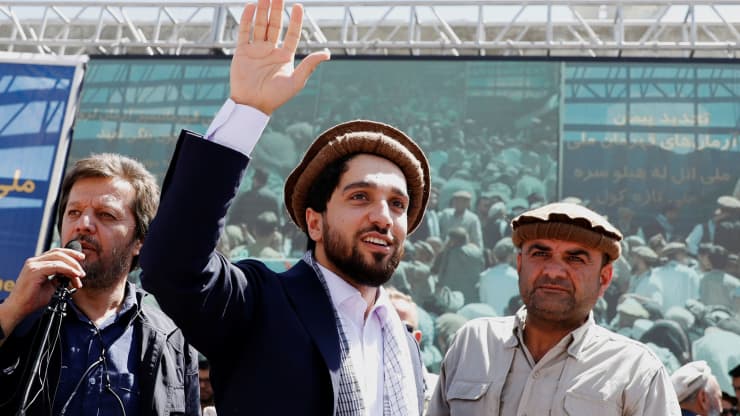 Massoud’s son Ahmad is the leader of the National Resistance Front and CEO of the Massoud Foundation. In a prepared statement posted to social media on Monday, Ahmad Massoud vowed to fight on against the Taliban and sought to rally others to do the same. “In no way military pressure on us and our territory will lessen our resolve to continue our fight,” he said. “Wherever you are, whether inside the country or outside, we appeal to you to rise up in resistance for the dignity, integrity, and freedom of our country ... We, the NRF, will stand firmly with you.”

Ahmad Massoud criticized the Taliban for not abiding by a resolution reached by Afghanistan’s Council of Ulema, or top religious scholars, calling for a cessation of hostilities. “We considered it final and non-violable, waiting for the other side’s response,” Ahmad Massoud said in his Monday statement. “Yet the Taliban revealed their true nature by discarding the resolution’s demand” with their offensive into the Panjshir.

Ahmad Massoud, 32, was educated in the West at Sandhurst Military Academy and King’s College London. He has vowed to continue the legacy of his late father, claiming to fight for a free and democratic Afghanistan.

Known as the “Lion of the Panjshir,” Ahmad Shah Massoud led resistance against the Soviets in the 1980s and the Taliban in the 1990s. The mountainous Panjshir persisted as one of the only parts of Afghanistan the Taliban were not able to seize during that time.  Ahmad Shah Massoud worked with CIA paramilitary forces to galvanize and train local tribes to combat the Taliban but was assassinated by al Qaeda militants just two days before the group’s terrorist attacks on the World Trade Center and Pentagon that precipitated the U.S. intervention in Afghanistan. 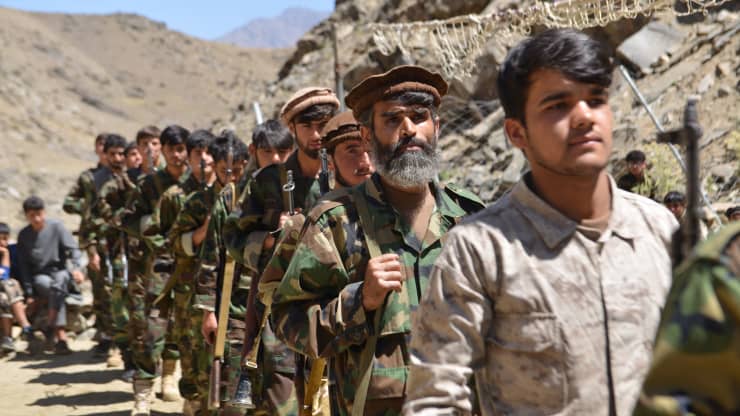 The implications and the significance of losing the Panjshir to the Taliban would be huge, said Alam. “Not just for Afghanistan, but the world — 9/11, the end of the Cold War and guerilla warfare folklore all collide in Panjshir.” For the last two and a half decades, “the Taliban were beaten time and again, every time they tried to enter the northeast; not just Panjshir,” Alam said. “However, now if God forbid Panjshir was to fall, it will be a huge psychological and tactical defeat with a strategic change for the future of Central Asia too.”

Emily Winterbotham, director of the terrorism and conflict group at the Royal United Services Institute in London, echoed that sentiment.  “If confirmed, the Taliban’s victory over the small province of Panjshir is deeply symbolic,” Winterbotham said. “It ends, at least for now, the last strand of resistance to the Taliban, a feat not achieved by the regime the first time around in the 1990s.”

It would also demonstrate just how much stronger the Taliban are compared to 20 years ago. The Taliban have not only grown in size and in terms of support or acceptance in parts of the country; they also now have possession of billions of dollars worth of U.S. weapons and two decades of experience fighting Western militaries.

While the Taliban have said they intend to establish a more inclusive and conciliatory leadership than in the past, the behavior of its fighters in recent weeks tells a different story. Taliban members have killed and beaten civilians — particularly protesters — including women and children. “Concerns are mounting that the Taliban will seek to exact harsh retribution for the resistance against the inhabitants of the valley,” Winterbotham said. “How the Taliban responds is an indicator of how much the group has actually changed.”