There's progress in Libya. It's just not visible yet

The participants in the international conference on Libya, held in Berlin, adopted a joint statement and called for the cessation of all military movements in the territory of this country, including as part of the provision of direct assistance to the parties to the conflict. The document has yet to be considered and adopted at a meeting of the Security Council. There is no doubt, since all the political heavyweights have gathered in the German capital, concerned about the fate of this North African state.

Participants in the Berlin summit called for "confidence-building measures, such as the exchange of prisoners," and the UN Security Council to impose sanctions on violators of the ceasefire in the country. The document also contains a call for a ceasefire. It also speaks of an embargo on the supply of weapons, ensuring the safety of oil facilities, restoring the state’s monopoly on the lawful use of force, non-interference in armed conflict and a mechanism for economic recovery.

Before Berlin, Saraj and Haftar, as you know, visited Moscow. The seven-hour talks (indirect) ended in nothing. True, representatives of Saraj signed an armistice agreement. Haftar did not do this either, declaring the need to consult with the leaders of the tribes supporting him. The fact that the agreement would not be signed in Moscow was foreseen in advance - too many influential world players were involved in the Libyan war, too many were staring at Libyan hydrocarbons, and therefore they would do everything to prevent Russia from being the only triumph in the peace process. 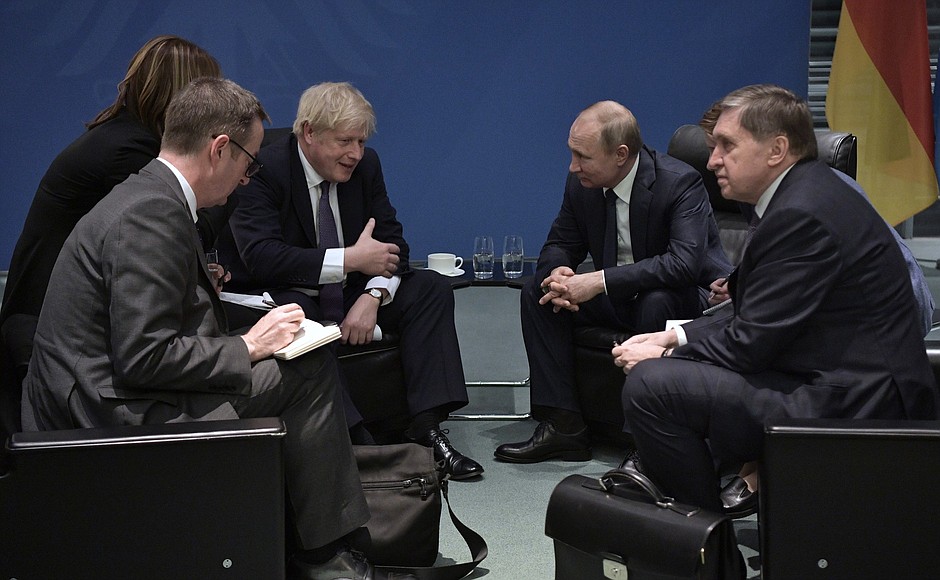 Turkey is basically the main ally of the PNE. Saraj announced his agreement on the Mediterranean maritime borders in such an option, when the most tidy gas deposits are under the control of Ankara. In response, Turkey announced a business trip to Libya for its armed forces. Naturally, to help Saraj. On the same side is Italy, defending the interests of its oil giant Eni. On the other side is France with the interests of its oil and gas corporation Total. On different sides and a number of Arab states. Sarajah is supported by Qatar; Haftara is supported by Saudi Arabia. The role of the others is not so unambiguous and clear. For example, Turkey accuses Russia of sending a private military company (PMC) to Wagner to help Haftar. Russia denies this, and PNE Saraj announced that it does not see Russia as a side hostile to itself. And already in Berlin, Saraj himself said that he was ready to accept the mediation services of Moscow. Given the fact that after this the leader of the PNE spoke about the advisability of introducing peacekeepers into Libya, it can be assumed that he took for leadership one of the points of the Moscow resolution on the right of Russia and Turkey to conduct inspection trips in the conflict zone. Will the others agree with this?

The results of the summit do not give grounds for unambiguously optimistic answers, if only because they are not very clear. The conference witnessed differences in approaches to the Libyan settlement. So, Recep Tayyip Erdogan immediately raised the degree of discussion, saying that “the world has not been able to respond to Haftar’s reckless attacks,” and thus outlining his answer to the question of who is right and who is not. Even at Ataturk airport, before flying to Berlin, Erdogan spoke out stronger, urging the world to "fight the blood and chaos dealers." “And the Berlin summit cannot be sacrificed to the ambitions of blood and chaos dealers,” the Turkish president said, making it clear that a decision will be made that is close to what he sees himself, or Ankara will act in its own way.

In the process, Turkey called on the EU to end its “prejudice policy against the Turkish Cypriots,” advocating drilling in the Mediterranean basin. "The EU must first put an end to this policy under the guise of trade union solidarity, which is far from reality, biased and double standards," the Turkish Foreign Ministry said in response to the negative reaction of the EU and Greece to the work launched by Ankara off the coast of Cyprus.

In general, political leaders arrived in Berlin with such a heap of contradictions, partly not related to Libya, and fell upon each other with such criticism that at some point it seemed that it would be better not to have met at all.

Turkey criticized Russia for PMC Wagner, she herself received a portion of criticism from British Prime Minister Johnson for "unleashing chaos in Libya." Boris Johnson also blamed Russia for this, while recalling the poisoning of the Skripals in Salisbury, and noting that there would be no prospects for normalizing relations between London and Moscow, "until Moscow ceases to undermine the security of our citizens and collective security." Along the way, he, however, solidified with Emmanuel Macron on Iran - “a long systematization is necessary to prevent Iran from creating nuclear weapons. " 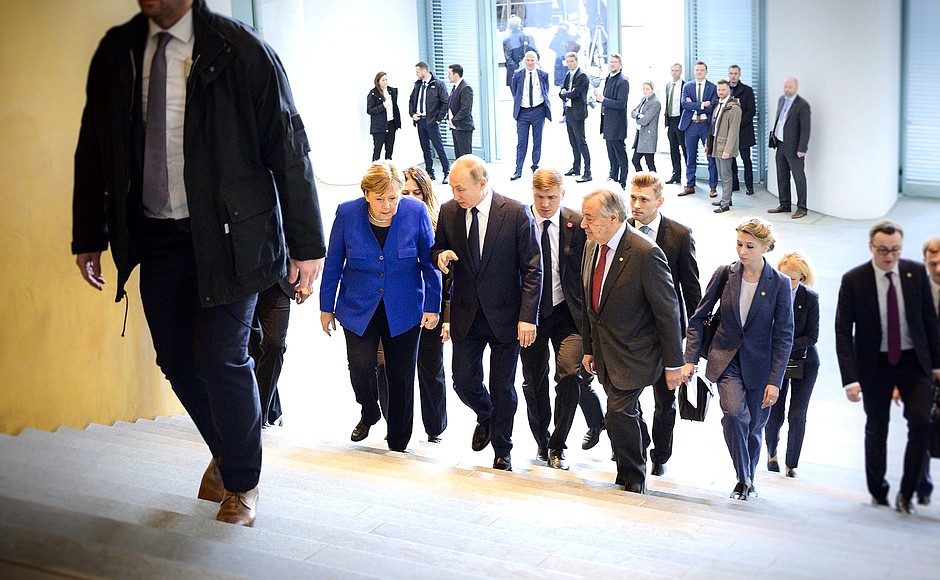 US Secretary of State Mike Pompeo attacked Egyptian President Abdul Fattah Khalil As-Sissi with outrage at the death of 54-year-old American Mustafa Kassem in one of Egypt's prisons, where he was allegedly mistaken during the crackdown on a protest in 2013, announced a hunger strike in protest, as a result of which he died. The next to be criticized by the Secretary of State was Khalifa Haftar. Specifically for the order to close all oil terminals. "The United States in Libya has interests in the fight against terrorism. In addition, in Libya there are serious opportunities in the energy sector. We hope that the obstacle to the sending of oil from the country will stop after this conversation. We are also committed to a political solution," the press quoted State Department Service of its head.

In general, the conference on Libya gathered in Berlin was used not only for its "intended purpose." In favor of the fact that the document on Libya would nevertheless be adopted, at some point it began to say only that in such an amount the leading politicians of the world would not have gathered just like that - something developed mutually acceptable for all still exists in nature . Although doubts arose here, after Pompeo and Erdogan left Berlin, without waiting for the final dinner.

And here again we turn to the words of the US Secretary of State, also quoted by the State Department’s press service: “Progress has been made in establishing a full-fledged ceasefire, ceasefire, temporary withdrawal of [troops] from high alert. There is still a lot of work to do. There’s a difficult situation but there [at the conference in Berlin, all the leaders] made a sincere commitment to reduce risks and achieve a ceasefire. I am optimistic that there will be less violence and the opportunity to start a conversation ezhdu parties to the conflict in Libya ... We have made progress, at least progress to fewer arms, fewer new forces exerted in the region ", - said Pompeo.

What the Berlin summit to resolve the situation in Libya will actually give, it seems, will become more clear in the coming days.