Turkey indicated it’s willing to mediate between the U.S. and Iran as President Recep Tayyip Erdogan prepares to meet Russian President Vladimir Putin in Istanbul to discuss escalating tensions in the Middle East and North Africa. “Turkey is one of few countries and probably the most important one that can speak both with the U.S. and Iran,” Erdogan spokesman Ibrahim Kalin said after a cabinet meeting late Tuesday.

Bloomberg reports in its article Flanked by Putin, Erdogan Offers to Defuse U.S.-Iran Standoff that NATO-member Turkey has cordial relations with its eastern neighbor, Iran, and Erdogan enjoys warm ties with President Donald Trump. Still, Ankara’s alliance with Washington has been badly strained by the Turkish government’s purchase of a Russian missile-defense system designed to shoot down U.S. warplanes.

Erdogan and Putin are scheduled to meet on Wednesday.

At dawn on Wednesday, Iran fired more than a dozen missiles at U.S.-Iraqi airbases, a direct attack on American forces in the region that risks further action from Trump after a U.S. airstrike killed top Iranian general Qassem Soleimani last week. Both countries appeared to offer conciliatory messages after the Iranian strike, with Tehran saying it isn’t seeking war and Trump declaring, “All is well.”

Putin and Erdogan are also expected to discuss violence in Libya, where they’re arrayed on opposite sides of a proxy war, and a Russian-backed Syrian offensive on the country’s last major rebel bastion. The campaign to retake Idlib, controlled by onetime al-Qaeda affiliates and Turkish-backed rebels, has unleashed an exodus toward Turkey, which already shelters the largest number of Syrian refugees in the world.

Putin paid a surprise visit to Syria on Tuesday, his second since its civil war began in 2011.

“Russia, Syria, and Iran continue their carnage in Idlib province. We stand by Turkey’s efforts to stop this senseless violence,” the U.S. embassy in Syria said on Twitter late Tuesday. “Putin should listen to Erdogan in their meeting on January 8 to end the violence now! The U.S. is watching.”

Putin and Erdogan will also inaugurate a third natural-gas pipeline, TurkStream, between their countries that will deepen Turkey’s dependence on energy imports from Russia along with growing cooperation in defense and tourism. 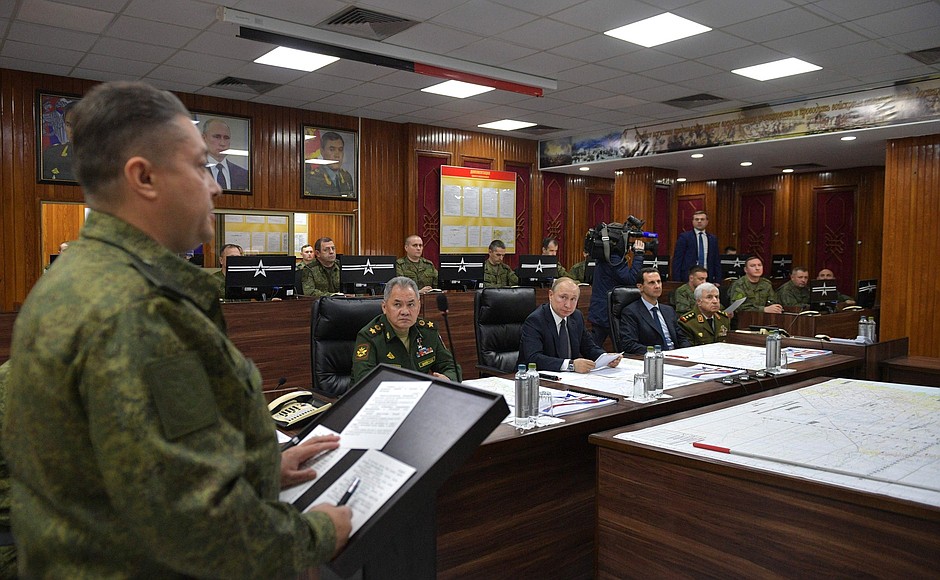