"International public opinion should speak up against Armenia," the Turkish Defense Ministry said on Sunday amid reports that Yerevan is violating the recently reached cease-fire in occupied Nagorno-Karabakh. "Committing war crimes and crimes against humanity, Armenia now violates the cease-fire," the defense ministry said on its Twitter account, adding: "Even in a ceasefire, Armenia continues to assault civilian settlements." A "new nightly missile attack by Armenian forces on (a) residential area of Ganja" left nine dead and 34 wounded including children, Azerbaijan's Foreign Ministry wrote on Twitter. 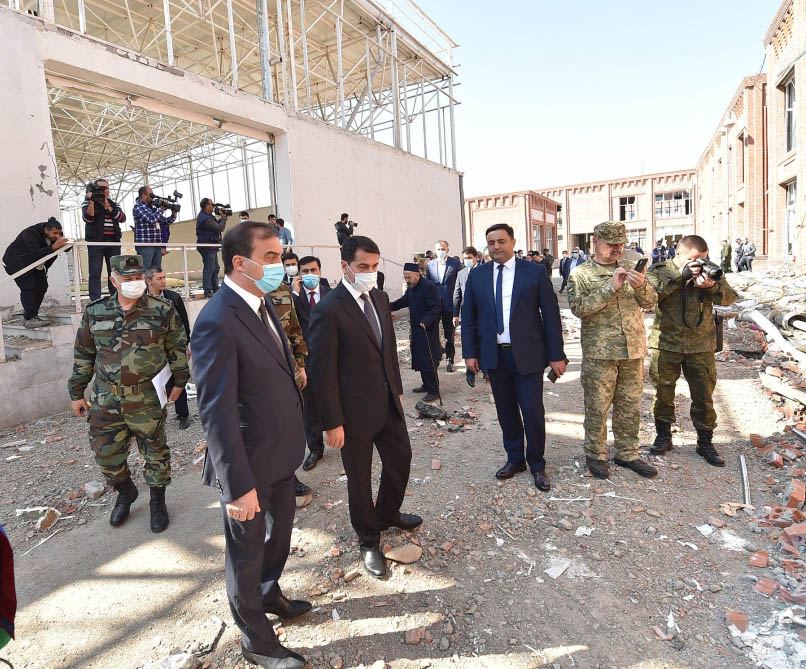 Meanwhile, The New York Magazine reports in its article Armenia and Azerbaijan Are at War. Does President Trump Even Know? that the U.S. doesn't pay attention to the conflict anymore.

The impending election, the resurgence of the coronavirus, and President Donald Trump’s own COVID-19 infection have sucked Americans’ attention away from anything else in the world that might be worth paying attention to, so you’d be forgiven for not realizing that a distant war has been going on for the past two weeks. The lack of attention and involvement from the U.S., however, may be contributing to the conflict’s rapid escalation and diminishing the prospects for its speedy resolution. Although it will have no impact whatsoever on our presidential election, it’s the sort of international crisis in which the U.S. president can make a real difference.

The Organization of Security and Cooperation in Europe’s (OSCE) Minsk Group, a committee co-chaired by Russia, the U.S., and France, has been responsible for mediating this conflict since 1992. Russia has led the latest effort to bring the parties to the negotiating table. Overnight talks in Moscow led to a Russian-brokered humanitarian ceasefire that went into effect midday Saturday, but Armenia and Azerbaijan both accused each other of violating it within hours. Negotiations are reportedly still ongoing over the terms of a more durable ceasefire, Russian foreign minister Sergei Lavrov said, and the countries have agreed to renew peace talks under the auspices of the Minsk Group.

One member of that international mediation committee has been conspicuously absent from this effort. U.S. representatives have been involved in the Moscow effort to broker a ceasefire, but the highest levels of U.S. leadership have largely backed off. Secretary of State Mike Pompeo only commented on the conflict after being asked about it last week, and his comments made it clear that the U.S. wasn’t going to get involved: “We’re discouraging internationalization of this. We think outsiders ought to stay out. We’re urging a ceasefire. We want them both to back up. We’ve spoken to the leadership in each of the two countries, asking them to do just that.”

President Donald Trump, who is friendly with Erdogan, could try calling his Turkish counterpart and persuade him to stop escalating the conflict. But of course, the president is too busy trying to rescue his spiraling reelection campaign and persuade the American people that he is not debilitatingly ill with COVID-19. Anyway, resolving a conflict between two countries most Americans can’t find on a map would not win him any votes next month, so why should he care?

As multiple commentators have pointed out, the absence of U.S. global leadership invites conflicts like these to flare up and makes them harder to resolve peacefully. We have seen bad actors take advantage of the Trump administration’s hands-off, “America first” approach to foreign policy over the past three years, and it is unsurprising to see a small country like Azerbaijan looking to settle a border dispute militarily while the U.S. is still governed by a president with no interest in diplomatic leadership.