US sanctions against Russia have gone stale

Since 2014, Russian and American diplomacy has been defined by economic sanctions. This has become the default, expected option for U.S. policymakers—but Russia has refused to concede, repent and ask for forgiveness, Modern Diplomacy, Belgian platform for assessing and evaluating complex international issues that are often outside the boundaries of mainstream Western media and academia, writes. The U.S. had hoped Russia would experience just enough economic hardship that they would revert their course, retract their reunification with Crimea, and end any involvement in Eastern Ukraine. Almost seven years later, there is no evidence to suggest that Russia has any intention of buckling under the pressure and denying its national interests.

Venezuela is a country that has been grievously affected by U.S. sanctions, as one would predict, given the country’s dependence on the exportation of crude oil, particularly to the U.S. With oil comprising roughly 95 per cent of exports and their petroleum industry making up 25 per cent of overall GDP, Venezuela is considered very resource dependent when engaging in international trade. Venezuela has also been plagued by Dutch Disease, which has largely prevented its economy from diversifying for the past century. In 2013, the United States brought in 29.5 per cent of Venezuelan exports and delivered 23 per cent of the county’s imports. Strangely, despite the sanctions imposed in 2014, Venezuela has grown more dependent on the United States. By 2018, 39.2 per cent of Venezuelan exports and 52.9 per cent of Venezuelan imports were in trade with the U.S. With this increased dependence on the United States after the implementation of U.S. sanctions. It is no wonder that Venezuela has been increasingly devastated beyond comprehension since sanctions were first imposed in 2013. Venezuela’s trade balance through this period has consistently been in surplus. However, the volume of trade has shrunk USD 101.9 billion, from USD 143.76 billion in 2013 to USD 41.86 billion in 2018. The country has been rocked by astronomical inflation, reaching as high as 344 509 per cent.

Is it the same case for Russia? No, which is due, in part, to Russia’s Soviet legacy. The vast territory and harsh climate have also helped the Russians develop a much more diverse and independent economy. Additionally, the United States is simply not one of Russia’s main trade partners.

As illustrated by data from the Observatory of Economic Complexity, Russia and Venezuela couldn’t be more unalike. Russia’s largest trade partners for the past 20 years have been Germany and China. In 2014, when the sanctions were first imposed, Russia’s economy and international trade figures were at an all-time high. In that year, Russia exported USD 454 billion and imported USD 296 billion, a trade surplus of USD 158 billion. This year, the United States only accounted for 5.58 per cent of Russia’s imports and 3.87 per cent of Russia’s exports.

In 2018, with even stricter sanctions imposed, Russia exported USD 427 billion and imported USD 231 billion, increasing the trade surplus from USD 158 billion in 2013 to USD 196 billion in 2018. Russia’s trade balance from 2013 to 2018 still experienced a shrink of USD 92 billion. A key difference between Russia and Venezuela is that from 2014 to 2018, Russian trade decreased by just 12 per cent, compared to Venezuela’s loss of 71 per cent. What does Russia have working to its advantage that Venezuela is lacking?

Remember, for sanctions to work, they require high economic dependence from either the country issuing the sanctions. 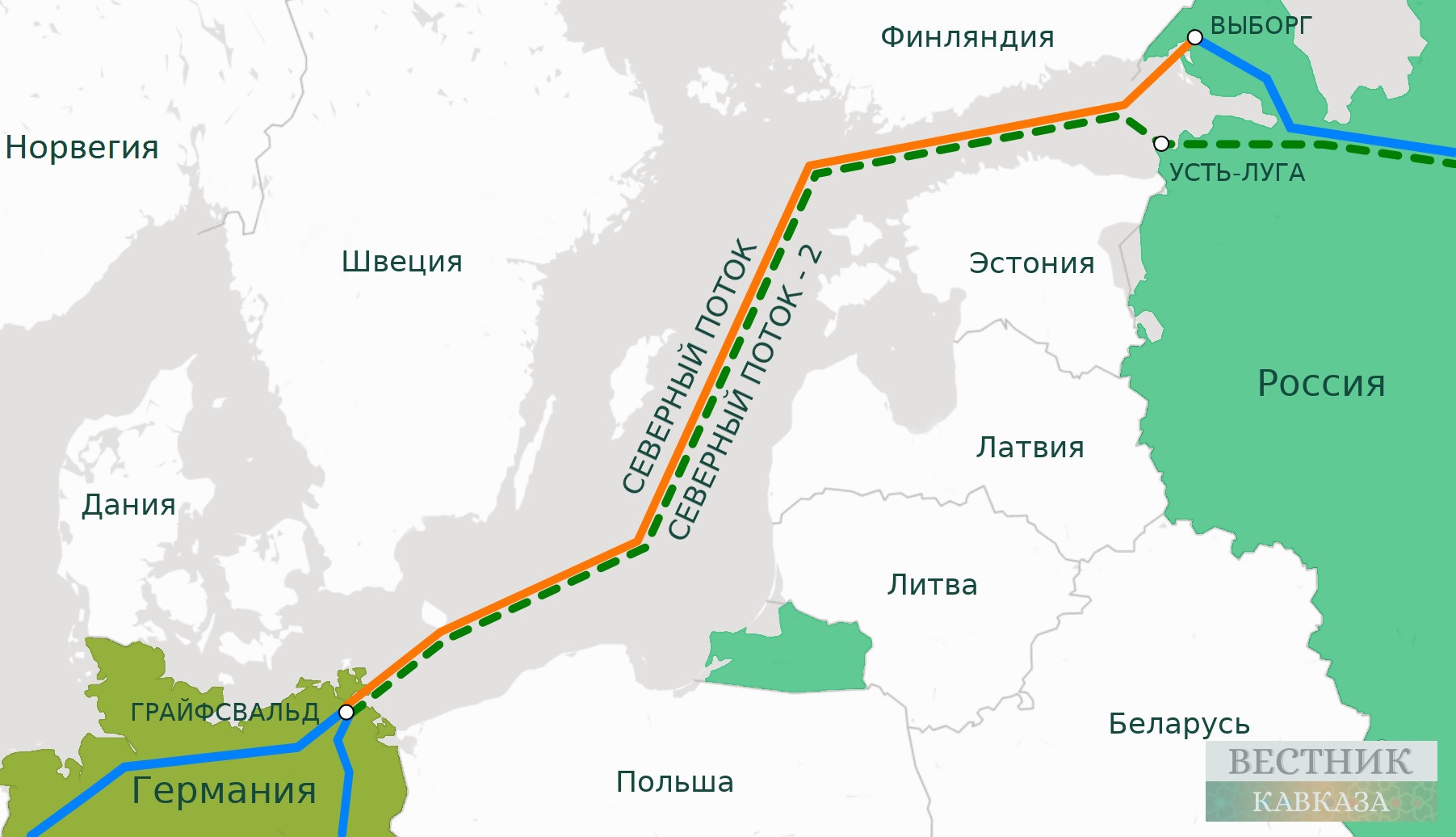 Russia and Germany have interesting codependency on one another. The Nord Stream project has been a source of tension between the U.S. and Germany; a recent Bloomberg article points out that there is an anticipated clash between newly elected president Biden and German Chancellor Angela Merkel. The German chancellor openly supports the completion of the second pipeline because the project is a means for securing German influence over Western Europe, as they will maintain their status as energy distributors once the pipe project is complete. Merkel also understands that the German economy depends on Russian energy. Nord Stream has become the only option since the Ukrainian pipelines have gone cold.

Merkel has received criticism from those close to her, including from Norbert Röttgen, the head of the foreign affairs committee in German parliament. In September of 2020, he is quoted saying, “We need to respond with the only language that Putin understands, the language of natural gas,” Meaning the one thing that Germany has at its disposal is the ability to back out of the Nord Stream deal to pressure the Kremlin into correcting their behaviour to satisfy western leaders. The only problem is that Germany is dependent on Russian natural gas. Germany has been falling behind other European countries in environmental efforts and has grown more dependent on coal power to supplement energy demand when renewable sources fail to meet the needs of the German people.

It’s important to consider is the continuation of oil trade between the Netherlands and Russia. If the West is so concerned about preserving its ideals, why hasn’t this trade been pressured? Likely because Nord Stream 2 is a relatively recent development, but the arrangement between the Dutch and Russia has been around for some time. What is odd, however, are the numbers. Between the Netherlands and Russia, there is hardly a difference in the dollar value of Russian exports in various petroleum products. It has maintained an average of about USD 33 billion for the past decade. This spans time both before and after sanctions. How does the West expect itself to be taken seriously if it is hyper selective about the battles it chooses to fight even when concerning sanctions. What is more comical about this particular deal is that the Netherlands supplies much of Western Europe’s oil. Henceforth, further defending the point of Western Europe’s dependence on Russian energy.

In conclusion, Russia has proven to be very resilient over the past six years. It shouldn’t be implied that the sanctions have not affected the Russian economy. However, Russians have faced pervasive negative externalities, such as inflation and decreased average national income, despite the sanctions having been designed only to affect a select group of individuals. Even so, the Russian economy is growing and proving to be insulated and resilient against increased trade barriers. At first, the sanctions appeared to have a tremendous effect on the Russian economy, shrinking it by 44 per cent from USD 2.292 trillion in 2013 to USD 1.272 trillion in 2016. Since 2016, however, the GDP has steadily stabilized and gained back 42 per cent of losses from 2013 figures at USD 1.7 trillion as of 2019. It can be surmised that if the U.S. continues to impose sanctions on Russia for years to come, the Russian economy will continue to grow, develop, and become more independent.