Optimism in OPEC+ is growing, even that underlying economic fundamentals are in dire shape. Growing concerns about new COVID variations, as shown already in India, or renewed restrictions in major OECD countries, such as Germany, seems not to be taken into account, FXEmprire writes. As indicated already before the start of the Joint Ministerial Monitoring Committee (JMCC), the OPEC+ members, led by Saudi Arabia, UAE and Russia, have decided to keep to the former early April decision of a gradual export cut relaxation.

A decision to cancel even the normal full ministerial meeting, which normally follows the JMCC, it shows its current willingness to take the risk of not adjusting export volumes to market indicators. At the last meeting, OPEC+ decided to gradually raise its collective output ceiling in May-July. At the same time it stated that it will keep vigilant in assessing the global market developments. During yesterday’s OPEC+’s Joint Technical Committee (JTC), which monitors market conditions, clearly stated that there are concerns about oil demand following a severe surge in Covid-19 cases in India and new lockdowns in Europe.

Still, all OPEC+ parties feel that there is enough room in the market available to absorb new barrels. OPEC’s secretary-general Mohammed Barkindo stated already yesterday that there are a lot of positive signals. As the group now has decided to keep to its existing strategy, a combined 350,000 bpd will enter extra into the market in May, while another 350,000 bpd are expected in June, and 441,000 bpd in July.

Not clear at present is Saudi Arabia’s overall position, as the Kingdom plans to unwind its voluntary 1 million bpd cut, so putting an additional 250,000 bpd in May, 350,000 in June and 400,000 bpd in July. Global demand is up for oil, but at present it really is unclear if demand growth will be at levels expected. A total of 1 million bpd or more is still a large move, looking at markets globally.

Current statements about a possible supply-demand deficit in 2021 seem to be based on a normal market situation. Optimism is clear, demand growth is set to increase to 6 million bpd in 2021, compared to 5.9 million bpd last month. Total demand should be hitting 95.6 million bpd, OPEC stated. The oil group reiterated that even in a dark scenario (COVID lockdowns up), demand is expected to increase by 4.6 million bpd.

The next months the market will not be looking at a possible 2020 scenario, in which global storage volumes hit record levels, while crude oil even showed negative price settings. Still, current optimism, especially shown by oil producers seems to be built on a weak fundament. Potential disasters are clearly on the horizon, COVID-19 is not over, a clear picture of economic growth in OECD countries is not available, while potential market disruptors such as Iran, Iraq or Libya are willing to fight for additional market share too.

The Indian COVID situation is dire, to say the least. If the country is going into a major shutdown or hard lockdown approach, a potential 350,000 bpd could be at risk. Germany’s new lockdowns, which will be until June, also will have a major effect. In all of Europe, demand will not be at levels of 2019, as during the current May holiday season, normally a major demand splash due to international travel, current situation only allows local holiday arrangements.

OPEC+ will most probably be even more vigilant the coming weeks, not only to counter hidden COVID-risks but also to keep their own horses in the stable. Russia’s growing unrest over US-EU sanctions, the Iran-JCPOA discussions or a possible confrontation in the South China Sea, are black swans not being fully assessed it seems. At the same time, several others producers are already waiting to get a foot between the door to monetize their own production increases (Abu Dhabi) or available production capacity (Saudi Arabia).

To rely on a continuing OPEC+ bromance is positive, but could be misplaced. Prices are too high at present to keep compliance in place, as most players fear the Net-Zero Stranded Asset Scenario more than the wrath of Riyadh or Moscow.

While not discussed at all, but major producers, especially US shale, are just waiting on the sidelines. Price levels are already high enough to make an interesting profit. We all know that profit for US companies is like a pot of honey for Winnie the Pooh. Maybe the market should take one of Winnie’s main quotes in mind “”Always watch where you are going. Otherwise, you may step on a piece of the forest that was left out by mistake.” 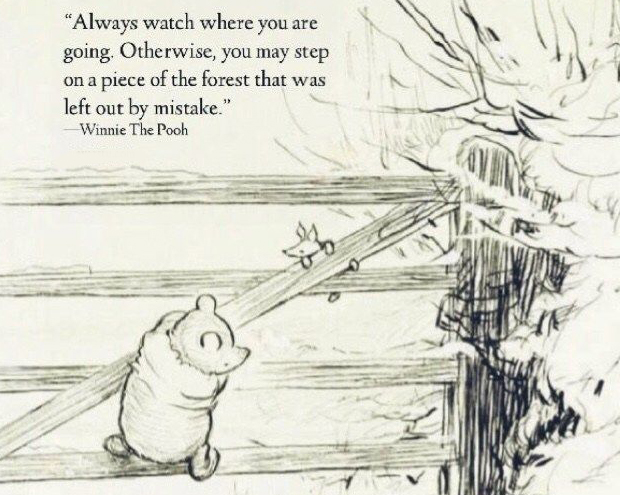