For thousands of years, mankind has engineered remarkable structures such as the pyramids of Egypt and the Great Wall of China. More recently, visionary engineers have undertaken massive transportation and communications projects that have pushed the boundaries of human ingenuity. History presents a roundup of 10 Western engineering marvels that changed world history.

Linking the Atlantic and Pacific Oceans, the 51-mile Panama Canal transformed global trade routes when it opened in 1914. After a failed attempt by the French in the 1880s, the United States re-started construction in 1904. Chief engineer John Stevens altered the project’s design from a sea-level canal to one requiring a series of locks and the damming of the Chagres River to create the world’s largest man-made lake at the time. Workers battled landslides and tropical diseases such as malaria and yellow fever as they carved the canal through jungles and mountainous terrain, displacing enough earth and rubble, according to the Panama Canal Museum, to bury the island of Manhattan to a depth of 12 feet. Ten percent of the 56,000 workers who toiled on the project between 1904 and 1913 died. Perhaps the most remarkable feat? The international ship channel was completed on time and on budget. 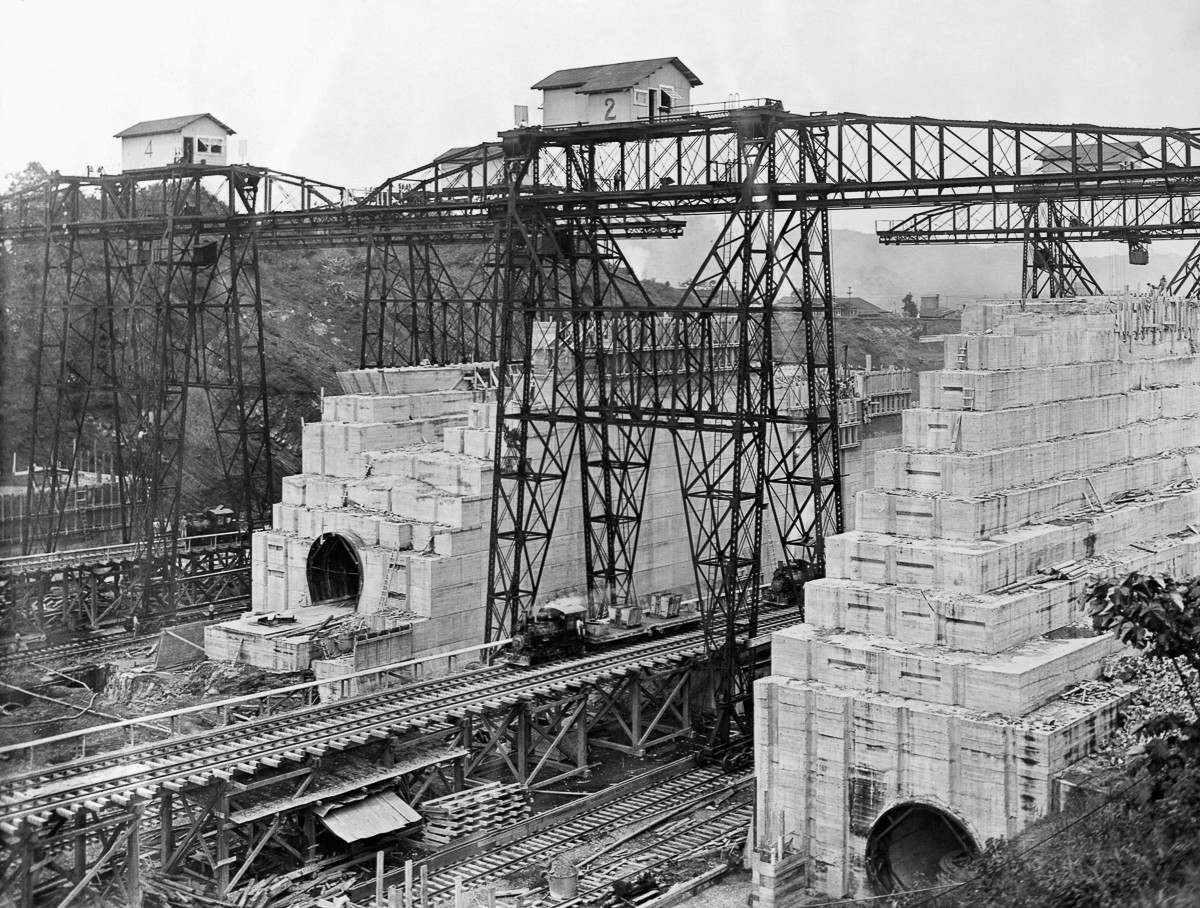 The world’s longest suspension bridge for 27 years after its 1937 opening, the 1.7-mile Golden Gate Bridge soars above the nearly 400-foot-deep strait connecting San Francisco Bay and the Pacific Ocean. Containing enough cable to circle the globe three times, the bridge can move more than two feet laterally to withstand the strait’s strong winds. Chief engineer Joseph Strauss prioritized safety on the treacherous project, and only 11 workers—10 in a single accident—died during construction. (By contrast, 28 laborers perished while building the nearby San Francisco-Oakland Bay Bridge, which opened six months earlier.) An innovative safety net that was suspended under the bridge deck saved the lives of 19 workers. 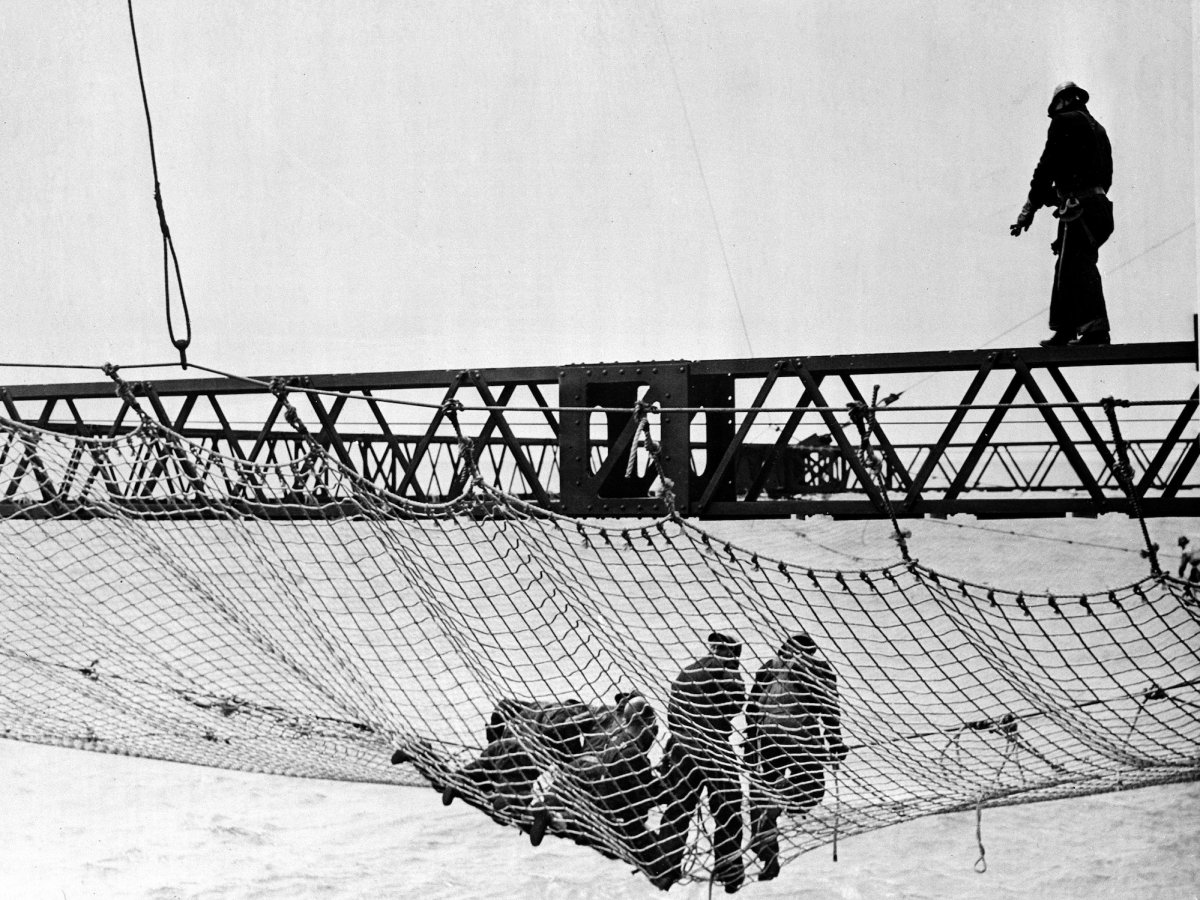 Having seen Nazi Germany use its high-speed autobahn network to efficiently move troops around the country in World War II, President Dwight D. Eisenhower spearheaded passage of the Federal-Aid Highway Act of 1956, which authorized the largest public works project in world history. The construction of 41,000 miles of expressways with controlled ramp-based access and no at-grade intersections, just overpasses and underpasses, was intended partly to bolster the national defense and allow for quicker evacuations of cities in the case of a Cold War atomic attack. Named for Eisenhower in 1990, the Interstate Highway System drastically transformed the American economy and way of life by spurring the growth of suburbs while also decimating certain urban neighborhoods. 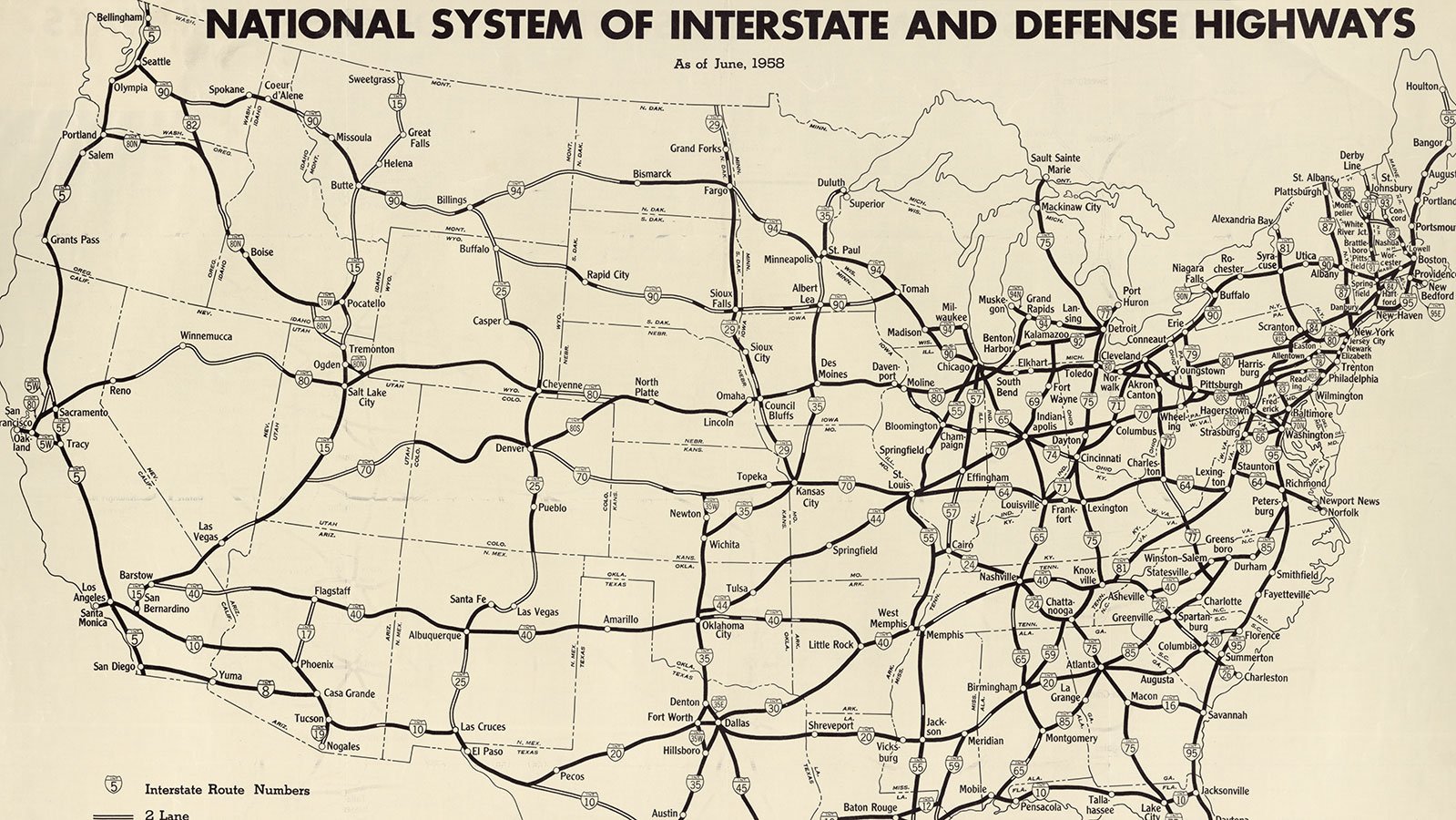 In 1854, American merchant Cyrus West Field secured a charter to lay a telegraph cable across the Atlantic Ocean’s floor. After four failed attempts, American and British naval ships succeeded in laying a nearly 2,000-mile cable linking Ireland and Newfoundland in the summer of 1858. Queen Victoria’s 98-word inaugural message to President James Buchanan took 16 hours to transmit. Not quick, but speedier than packet steamships’ 10-day transatlantic transits. The communications link, though, ceased working after only a few weeks. Field persisted, however, and contracted the British vessel Great Eastern, the largest ship afloat at the time, to lay a permanent telegraph cable in 1866 that vastly quickened transatlantic communication. 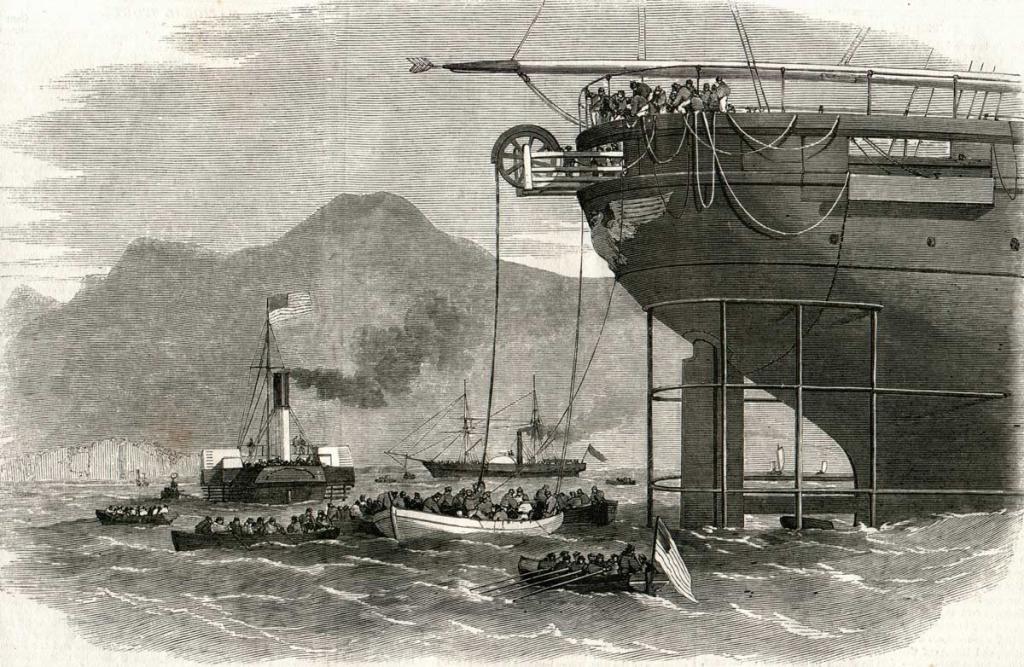 Built by an army of more than 21,000 workers, the 60-story-tall Hoover Dam was the world’s largest concrete structure and highest dam at the time it was dedicated in 1935. The project, which required the Colorado River’s diversion through four excavated tunnels, finished two years ahead of schedule. The arch-gravity dam on the Arizona-Nevada border controls the flow of the Colorado River, stores enough water to irrigate 2 million acres and powers more than 1 million homes with hydroelectricity. The Hoover Dam propelled the development of cities such as Las Vegas and Phoenix and created Lake Mead, the largest reservoir in the United States in terms of water capacity.

Opened in 1994 after six years of construction, the Channel Tunnel connected Great Britain to the European continent for the first time since the Ice Age. Known as the “Chunnel,” it includes three concrete tubes that were constructed by 1,100-ton tunnel boring machines. The 31-mile tunnel system that carries passengers, freight and vehicles includes a 23-mile underwater stretch, the world’s longest, with an average depth of 150 feet below the seabed. The tunnel has allowed passengers on high-speed Eurostar trains to travel from London to Paris in little more than two hours. 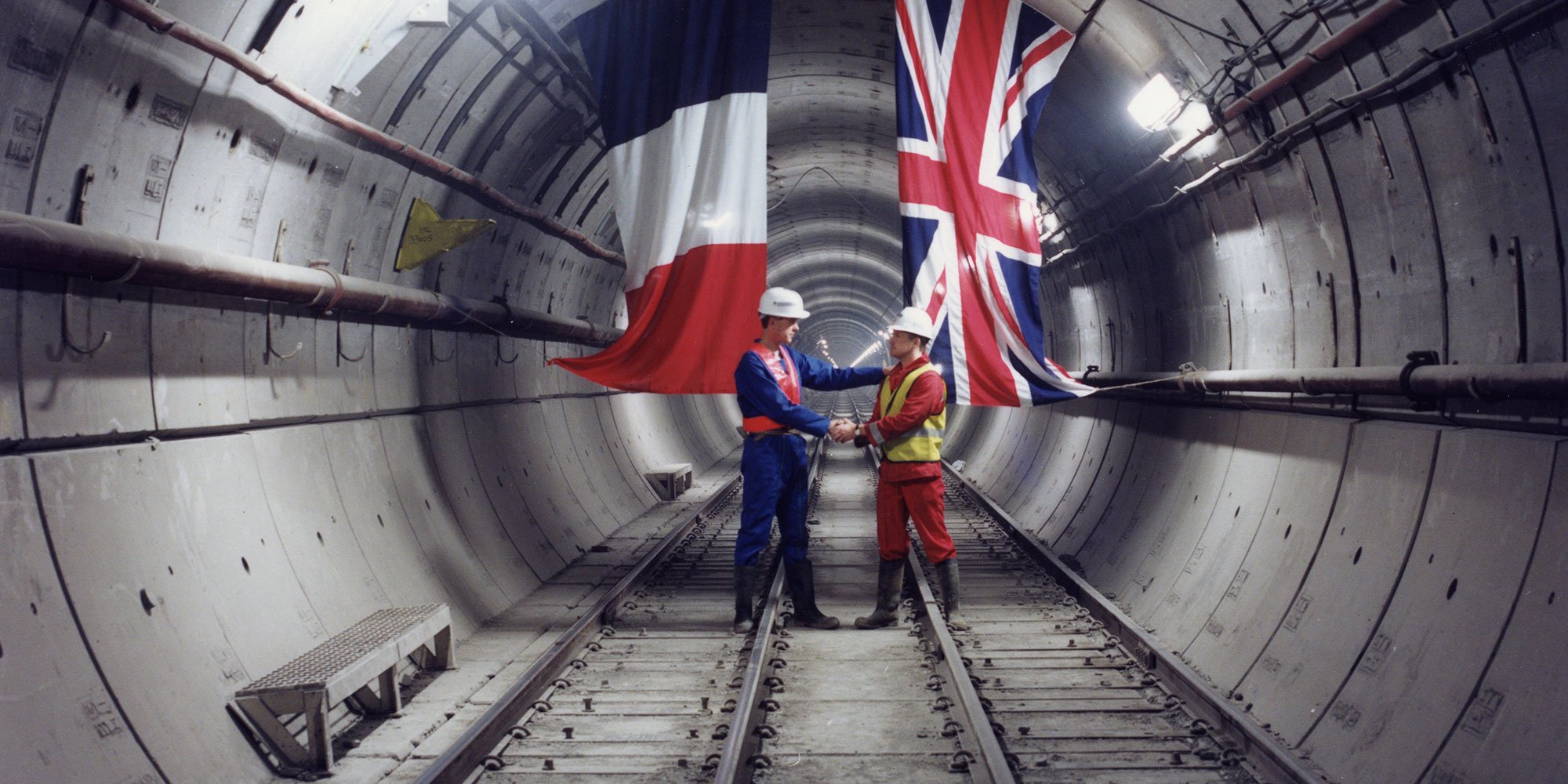 As the Civil War raged in the East, work began in the West to build a railroad that would link the United States from coast to coast. Authorized by the 1862 Pacific Railroad Act, the Central Pacific Railroad Company laid tracks eastward from Sacramento, California, while the Union Pacific Railroad Company moved west from Omaha, Nebraska. While all laborers toiled through harsh winters and scorching summer, the Central Pacific’s largely immigrant Chinese workforce had the particularly arduous task of blasting tunnels through the Sierra Nevada Mountains. When completed with the driving of a golden spike into the ground in 1869, the transcontinental railroad facilitated the country’s westward expansion by cutting cross-country travel times from months to under a week. 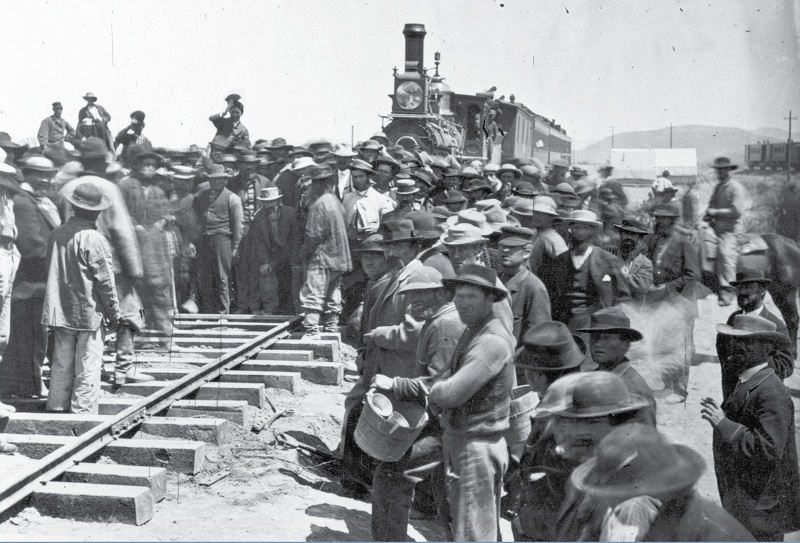 A symbol of friendship between France and the United States, the 151-foot-tall Statue of Liberty was dedicated in 1886. In Paris, French sculptor Frederic-Auguste Bartholdi fashioned large copper sheets to create the statue’s skin, which was packed in more than 200 crates and shipped to New York City. Over a four-month period, workers pieced together the statue, mounted it on a pedestal and affixed it to an iron-and-steel skeleton engineered by Eugène-Emmanuel Viollet-le-Duc and Alexandre-Gustave Eiffel, designer of the Eiffel Tower, that allowed the skin to move independently during strong wind gusts. 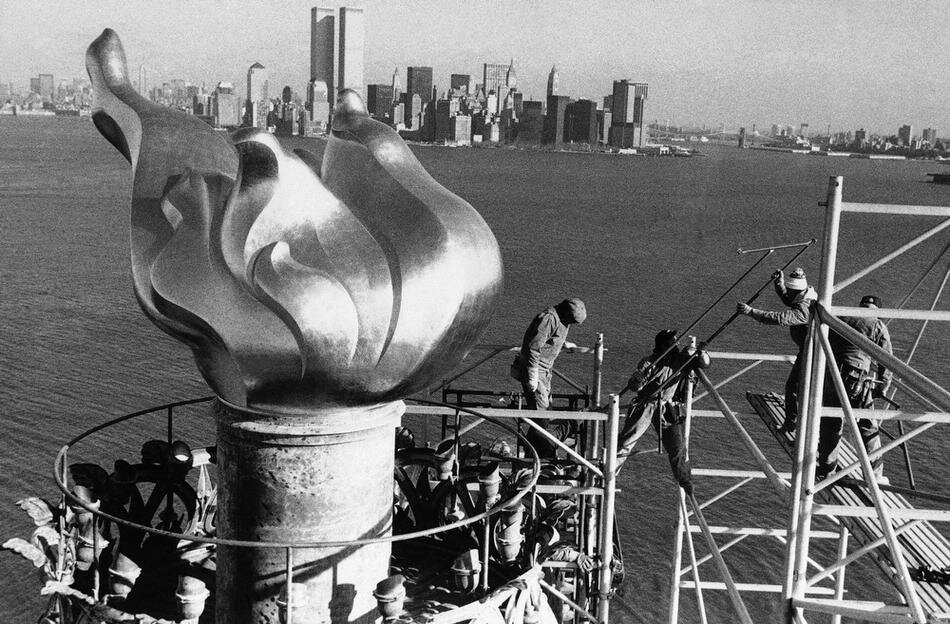 With parts of the country lying below sea level, the Netherlands constructed a system of floodgates, storm surge barriers and dams to prevent flooding and claim vast swathes of land from the Zuiderzee, a shallow North Sea inlet. Named by the American Society of Civil Engineers as one of the Seven Wonders of the Modern World, the project began in 1927 with the five-year construction of a 19-mile-long dike that enclosed the Zuiderzee. Decades of land reclamation projects followed. Between 1954 and 1997, another massive project was undertaken to control water flows at the mouths of the Rhine and Meuse Rivers. 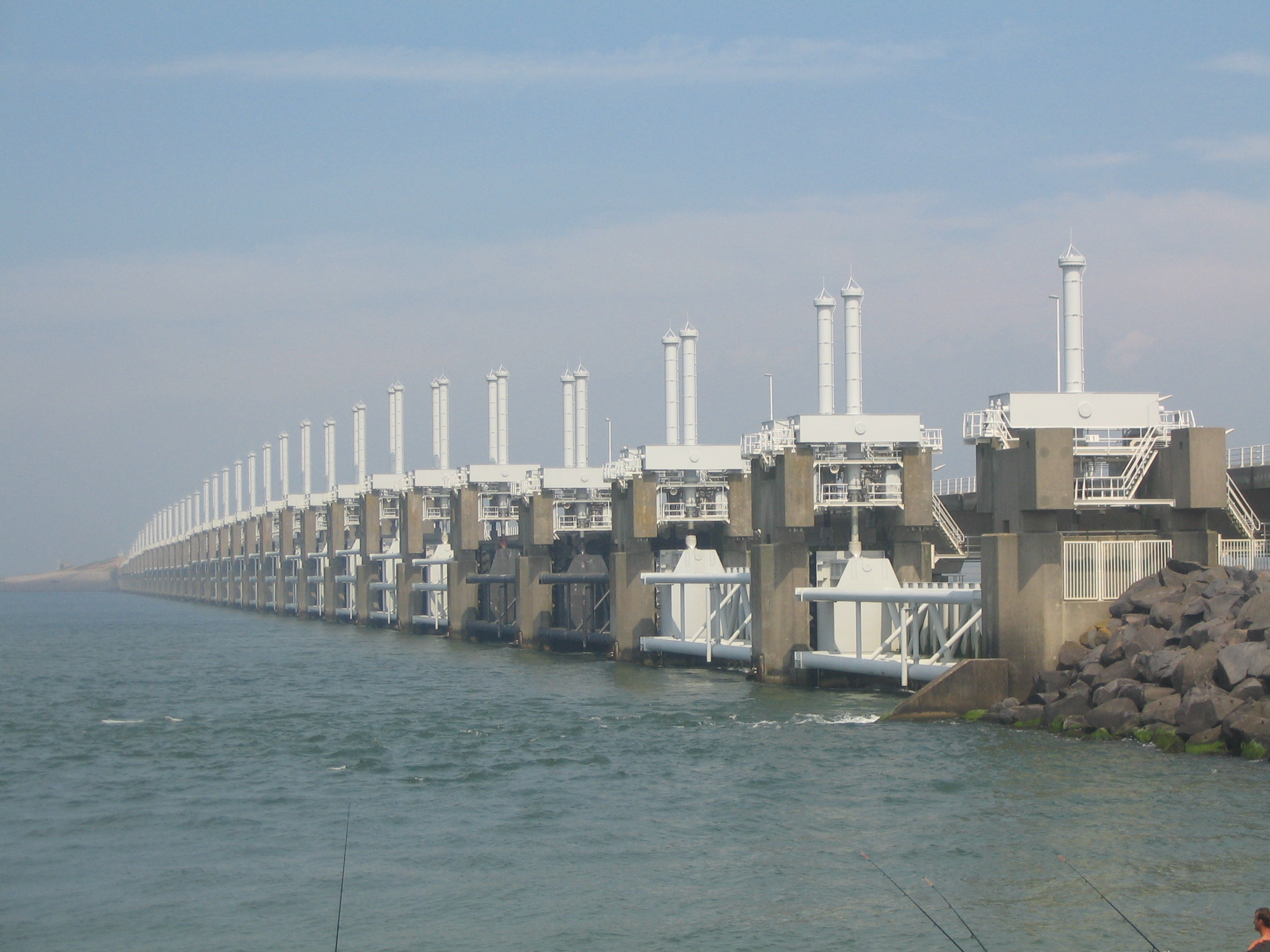 With horse-drawn carriages clogging the streets of New York City and Boston and elevated trains raining soot down on pedestrians, civic leaders sought a transportation alternative that was faster and cleaner. They turned to a radical solution—underground train travel, which many Americans viewed as impractical and dangerous. Boston opened the first American subway in 1897. New York followed seven years later. Both cities employed a cut-and-cover construction method to minimize disruption to city life. With the world’s first subway in London still using steam-powered locomotives, the American systems differed in employing electrically powered trains. The advent of rapid transit redefined Boston, New York and American cities to follow. 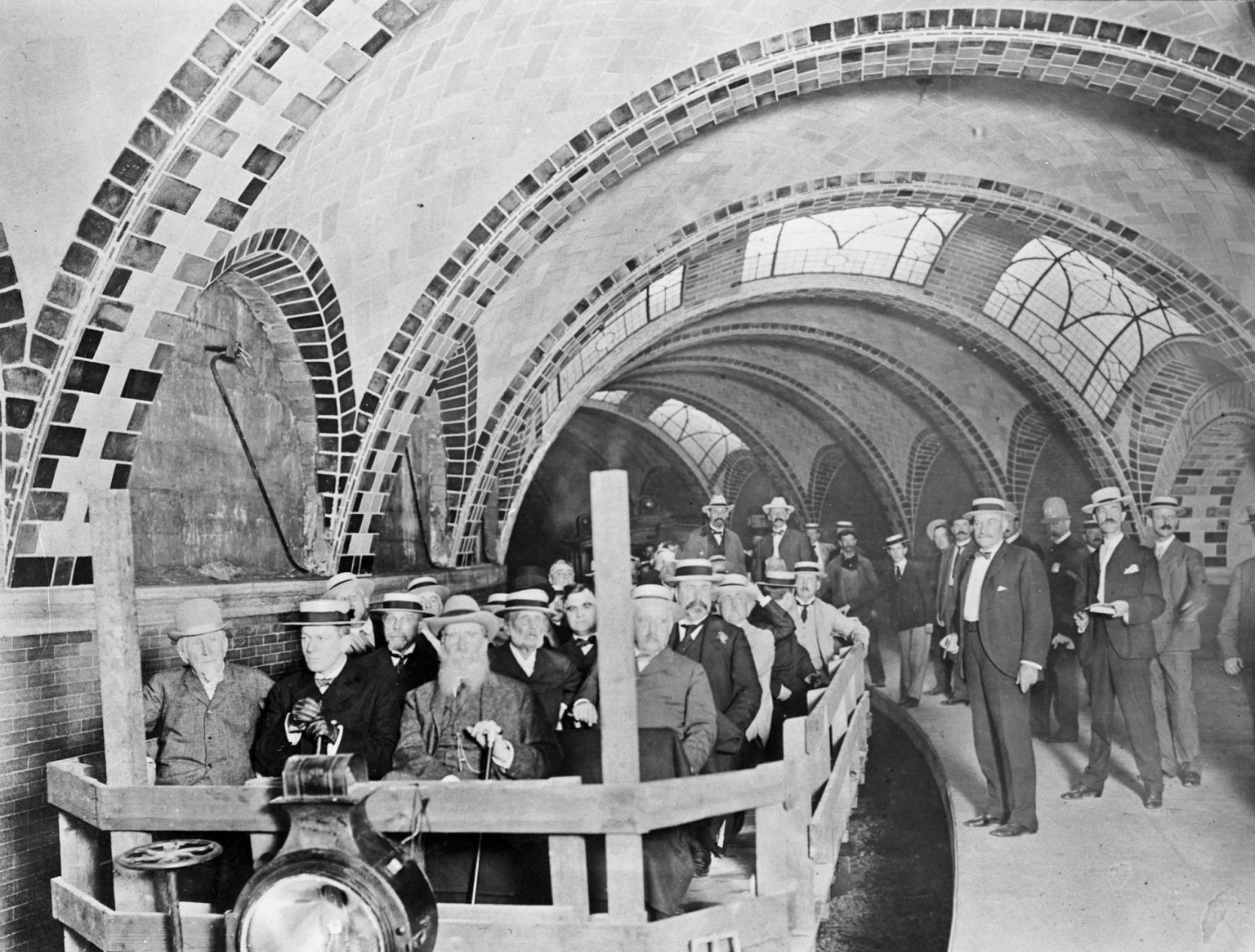