Alexander (Sandro) Romanov: "We can give nothing to new Russia but love"

A little more than a century and a half ago, in 1862, the fourth and last son of Emperor Nicholas I and his wife Alexandra Fedorovna, Grand Duke Mikhail Nikolayevich went to the Caucasus as governor of His Imperial Majesty and was appointed Governor-General of Caucasia. In May 1864, his troops inflicted a series of sensitive defeats on the highlanders on the Black Sea coast of the Caucasus, which, together with the final "pacification" of Chechnya and Dagestan, marked the end of the Caucasian War.

According to Count Sergei Yulievich Witte, who was born in Tiflis, 'The Grand Duke was a good Caucasian governor; he was a rather limited person, limited and poorly educated in state governing, but a man with traditions, the Grand Duke's traditions... Under the Grand Duke Mikhail Nikolaevich, the Caucasus had the same life, as under his predecessors, but, perhaps, enjoying even greater attention ... Mikhail Nikolaevich left a great impression in the Caucasus. "

Four of the six sons of Mikhail Nikolayevich were born in Georgia. George was born in Tetri Tskaro, Sergei - in Borjomi, and Nikolai and Alexander - in Tiflis.

Alexander Mikhailovich Romanov, mostly known as Sandro, was born on April 1, 1866, and was appointed chief of the 73rd Crimea Infantry Regiment literally after birth, and during the baptism he received the Order of St. Andrew,  St. Alexander Nevsky, the Order of the White Eagle, the Order of St. Anne first class. Together with his brothers, he received a versatile home education, since childhood, they prepared him for the naval service. Sandro graduated from the Naval Academy when he was 19 and made his first round-the-world trip on the Rynda corvette, and after that he reached India on his yacht Tamara.

Alexander Mikhailovich came to be seen as one of the most outstanding members of the imperial family. Since childhood, the Grand Duke was friends with his cousin, who later became Emperor Nicholas II. The future sovereign, being only two years younger than his uncle, also called him Sandro, being called Nicky by him. 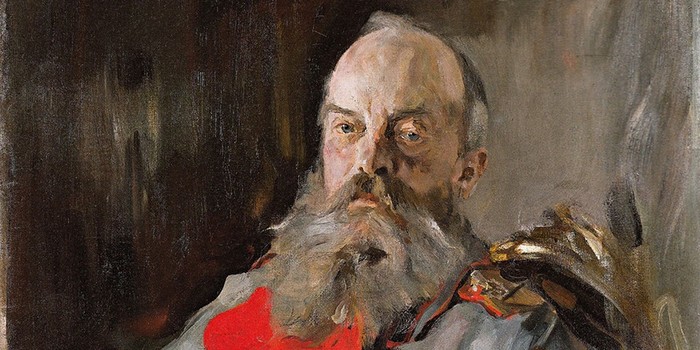 Alexander Mikhailovich argued that it was his father, Mikhail Nikolayevich, who could have become the ideal adviser to the young emperor Nicholas II, if he had not been such an adamant supporter of strict discipline: "His great-nephew was his sovereign, and he was to obey implicit obedience. When Nicholas II told him: "I believe, Uncle Misha, that it is necessary to follow the advice of the Minister of Foreign Affairs, my father bowed and "followed the advice" of the Minister of Foreign Affairs. Accustomed to Russia being governed by people of a mature mind and unbending will, Grand Duke Mikhail Nikolaevich never doubted the ultimate wisdom of his great-nephew's decisions, which invalidated the potential value of his comprehensive understanding of the empire's management. " 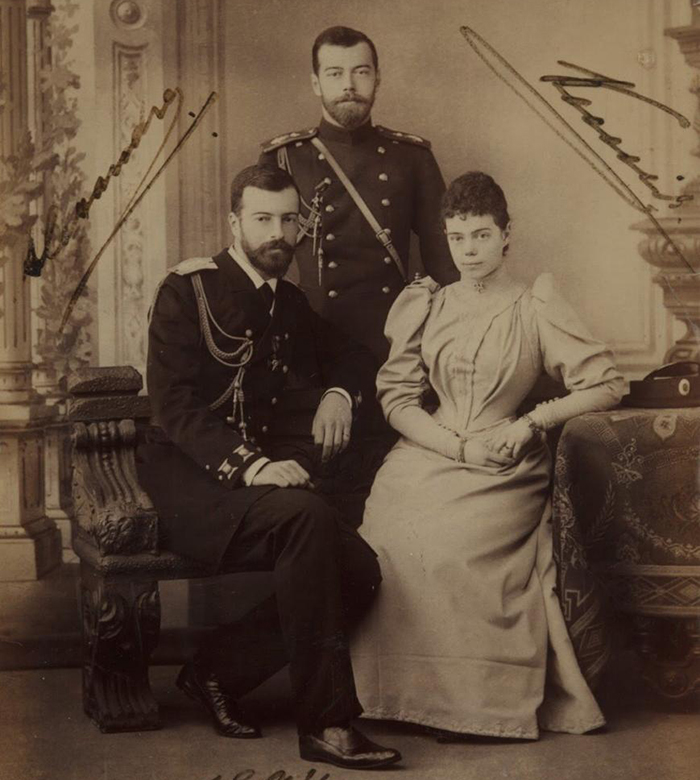 The Grand Duke met Nicky's elder sister Xenia Alexandrovna, who became his wife in 1894. Sandro often visited Gatchina, but at first Xenia told only to Nicky that she was in love with a tall, slender brunette and thinks he is the best man on earth. Emperor Alexander III and Empress Maria Fyodorovna did not immediately agree to their marriage, because Sandro was his future wife's cousin, and his marriage to the Grand Duchess Xenia violated the tradition, requiring members of the reigning house to marry only into members of other reigning families of Europe ... 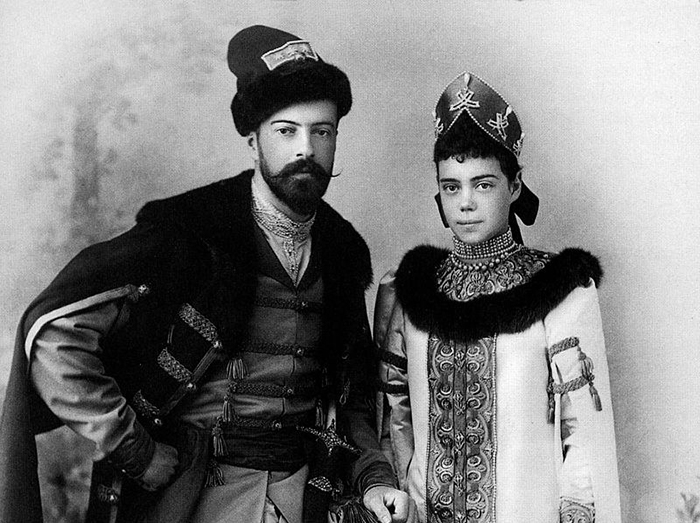 In 1893, the year before the wedding, Alexander Mikhailovich sailed around the world again, this time at the "Dmitry Donskoy" frigate as a member of a team sent to America to participate in celebrations to commemorate the 400th anniversary of its discovery. Gathering a geopolitical vision, in 1895 Sandro presented the emperor with an analytical note, where he substantiated his point of view regarding medium-term foreign policy prospects. He predicted the Russo-Japanese War and proposed a specific program of to prepare for it - by building ships. The Grand Duke's forecast was not taken into account, and the program was rejected.

After the end of the Russo-Japanese War, Alexander Mikhailovich insisted at all meetings on accelerating the construction of new types of battleships and increasing allocations to the navy, advocated its reform, but did not receive support. 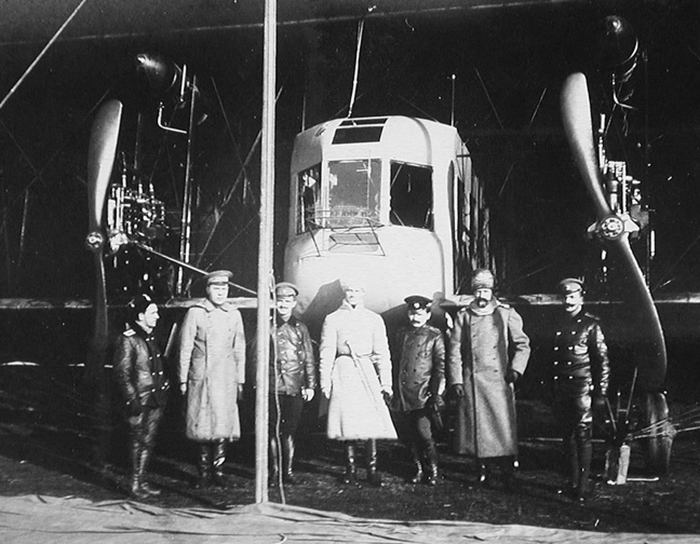 The Grand Duke was a versatile man, and as soon as he found out about French airplane manufacturer Louis Bleriot's flight across the English Channel, he dreamed of aeronautics in Russia. Thanks to Alexander Mikhailovich, Russia's first aviation school was opened in Sevastopol in 1910, and the Grand Duke received the rank of chief of the imperial air force. During World War I, he commanded the aviation of the Southern Front.

Before the February Revolution, the Grand Duke supported the idea of forming a government with the participation of public figures, but after the revolution he was dismissed, went to Kiev, then to Crimea, and at the end of 1918 he emigrated from Russia on a British ship. He wanted to address the Versailles Conference with an appeal to world leaders to help Russia, but had no contacts needed.

Relations with his wife at the Grand Duke began to deteriorate in the 1910s. In exile, he wanted a divorce, but Ksenia Alexandrovna did not agree - either she preferred to observe dynastic decency, or still loved her husband. She also emigrated - first she lived in Denmark, then she settled in England with the help of her cousin George V. 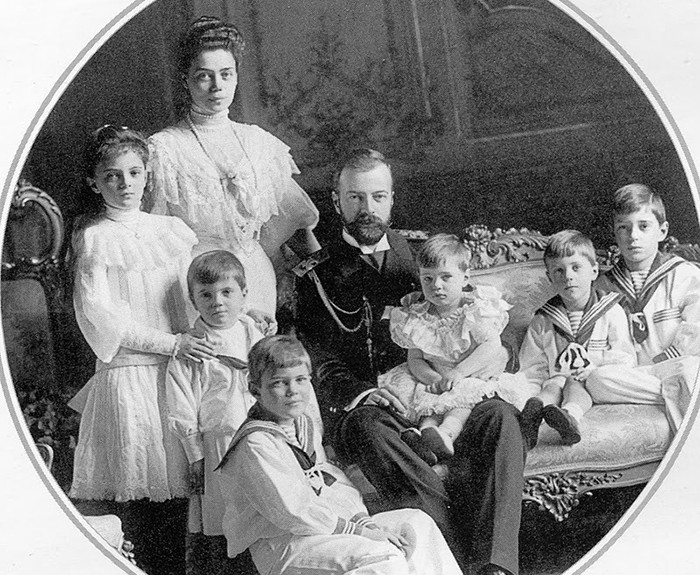 The fate of seven children of Sandro and Xenia is quite interesting: most of the living Romanovs are their descendants. For 13 years of marriage, Alexander Mikhailovich and Ksenia Alexandrovna had six boys and one girl. Irina (or Irene) was their firstborn. 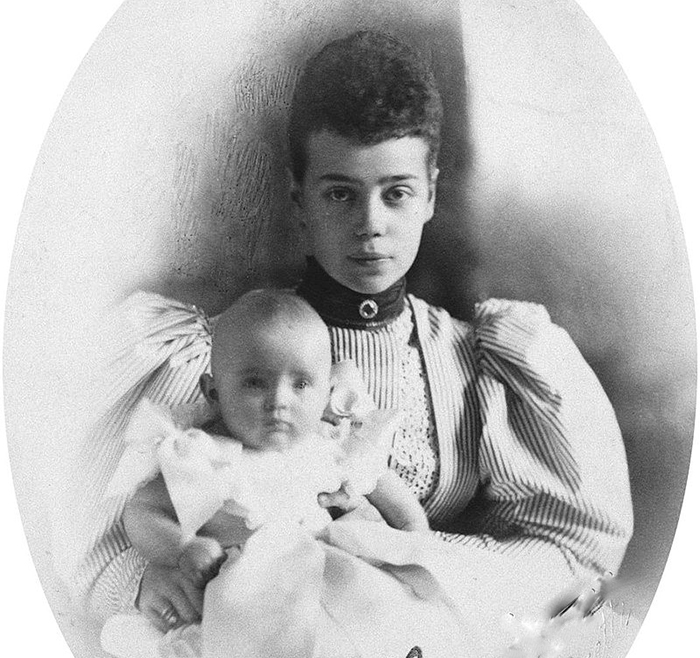 At the age of 19, the girl, being one of the most eligible women in Imperial Russia, married Prince Felix Yusupov, who later became one of the murderers of Grigory Rasputin, who gained worldwide fame by being a friend of the family of Emperor Nicholas II. 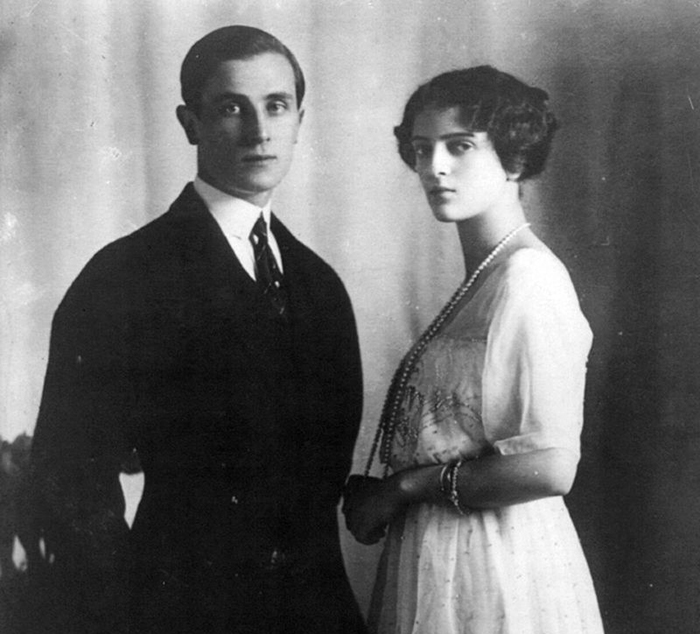 According to legend, Yusupov wanted to marry Irene rather for mercantile reasons, in order to unite the capitals of the two richest families; and Rasputin, given Yusupov's origin and orientation, opposed this marriage, which disputed the "elder" and the prince. After the murder of Rasputin, the Empress was furious and wanted the murderers to be shot, but, at the insistence of Nicholas II, they were exiled. However, it is unlikely that Iren was the cause of the quarrel between Rasputin and Yusupov - at the time of the murder the young were already married and had a daughter. 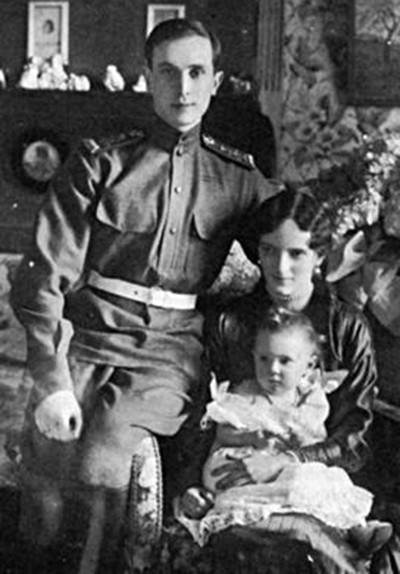 Later, Felix described the engagement as follows: "Grand Duke Alexander Mikhailovich came once to his mother to discuss the alleged marriage between his daughter Irina and me. I was happy, because it met my secret aspirations. I could not forget the young stranger who met on a walk on the Crimean road. From that day I knew that she was my fate. The girl turned into a dazzlingly beautiful young lady. She was restrained and shy, but it added certain charm and mystery. Compared to the new experience, all my previous passions turned out to be wretched. I understood harmony of a true feeling." 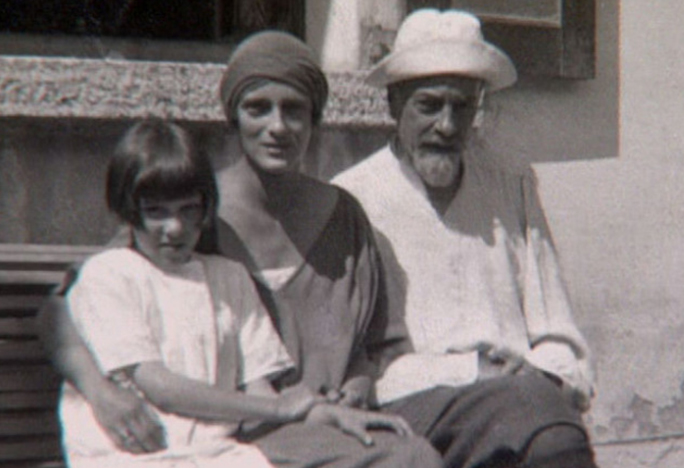 Alexander Mikhailovich with his daughter and granddaughter 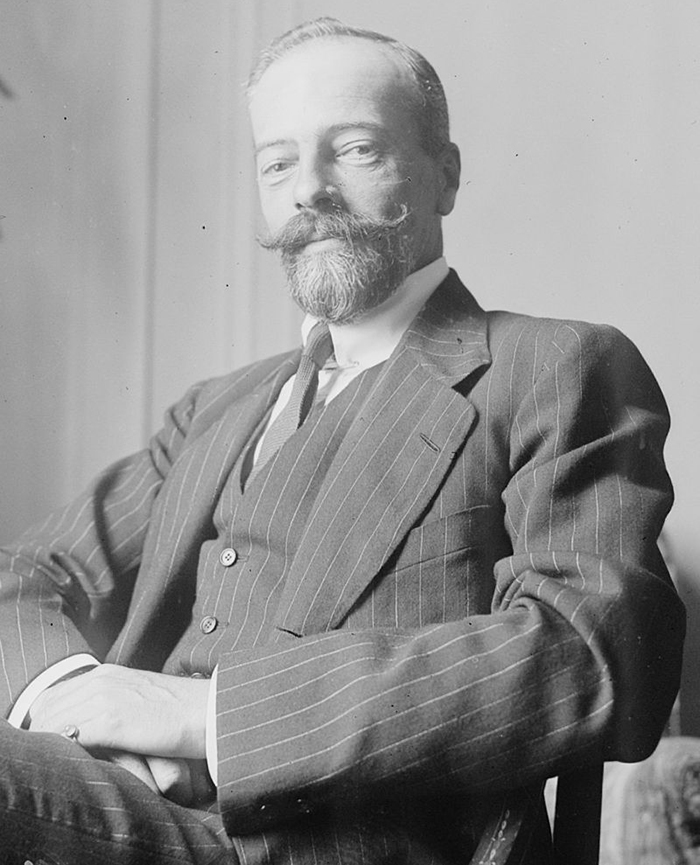 Towards the end of his life, the Grand Duke became interested in spiritualism, promoted a spiritual revolution, and even gave lectures on the subject in the United States.

Alexander Mikhailovich died in 1933 in France, Xenia Alexandrovna - in 1960 in England. Relatives fulfilled the will of the Grand Duchess - transported her body across the English Channel and buried at the Roquebrune Cemetery next to her husband.

They never saw their homeland anymore, although the Grand Duke dreamed about it: "If we return to Russia, we will work tirelessly there; we will have to build our well-being, there will be no one to help. We must love Russia and Russian people. Once and for all, we must understand that we can give nothing to new Russia but love. " 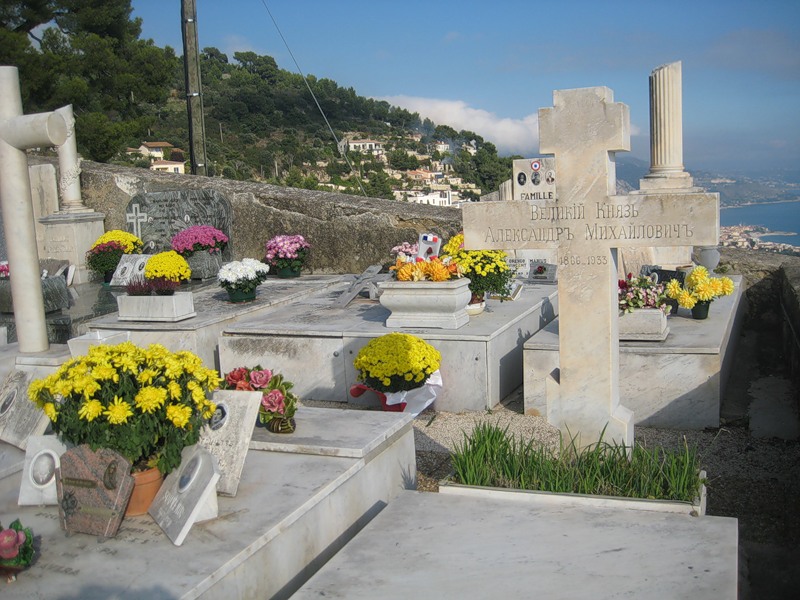