Armenia's Armed Forces have inflicted tangible damage on Azerbaijani border villages in the clashes on the border since July 12, after which Azerbaijani President Ilham Aliyev signed a decree aimed at restoring destroyed buildings and infrastructure. According to the decree, a working group will study the degree of destruction of residential and non-residential buildings on the territory of the Tovuz region for their early restoration.

The government will keep under control concerns of the families of military personnel killed on the battlefield. On behalf of the President, apartments were allocated to the families of deceased General Polad Gashimov and Colonel Ilgar Mirzoyev.

At the same time, on behalf of Vice-President of Azerbaijan Mehriban Aliyeva, the Heydar Aliyev Foundation will keep under control concerns of the families of the 12 killed soldiers. They will also be patronized by the State Committee for Social Protection and Employment.

According to preliminary data, the Armenian Armed Forces destroyed 35 private houses in four villages of the Tovuz region: Agdam, Alibeyli, Dondar Gushchu and Agbulag. The damage was caused to the gas pipeline which delivers natural gas to the villagers, the power grids and other socially important objects. The progress of restoration work is under the control of the President now.

More than 7,600 apartments and private houses have been allocated to families of those killed during the hostilities and to the disabled.

The President also supervised the reconstruction work required after the "four-day war" in April 2016. Then 3 million manats were allocated to Agdam and Tartar districts to restore destroyed buildings and infrastructure. Large-scale construction work was carried out in the liberated Jojug Marjanli village in Jabrayil region, where a feed plant, greenhouses, apiaries, and incubators were also built.

Several destroyed houses have been rebuilt in the Tartar district, major repairs have been carried out in two dozen houses, and partial repairs - in 231 houses. Major repairs were carried out both in the Tatar secondary school and the school for 120 students in Gazyan village.

On July 21, Ilham Aliyev and Mehriban Aliyeva attended the ceremony to give out apartments and cars to families of martyrs and war disabled, which was held in Baku. 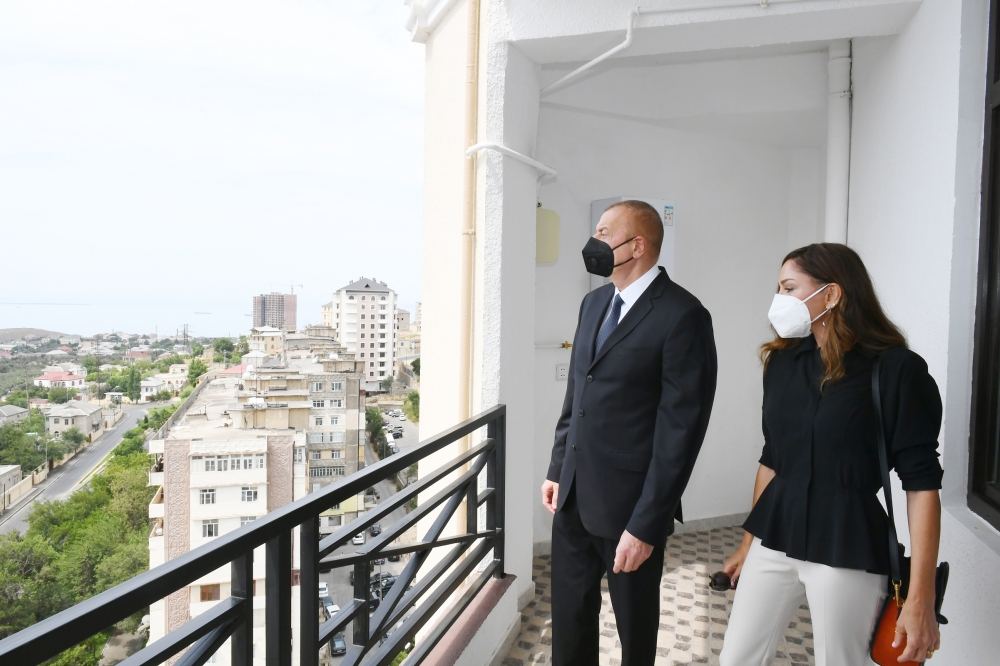