As Azerbaijan regains control of land it lost to Armenian forces a quarter-century ago, civilians who fled the fighting decades ago wonder if they can go back home now — and if there’s still a home to go back to, The Associated Press reports in its article Azerbaijanis who fled war look to return home, if it exists.

An estimated about 1 million Azerbaijanis were displaced in the 1990s war that left the Nagorno-Karabakh region under the control of ethnic Armenian separatists and large adjacent territories in Armenia’s hands. During six weeks of renewed fighting this fall that ended Nov. 10, Azerbaijan took back parts of Nagorno-Karabakh itself and sizeable swaths of the outlying areas.

More territory is being returned as part of the ceasefire agreement that stopped the latest fighting. But as Azerbaijani forces discovered when the first area, Aghdam, was turned over on Friday, much of the recovered land is uninhabitable. The city of Aghdam, where 50,000 people once lived, is now a shattered ruin. 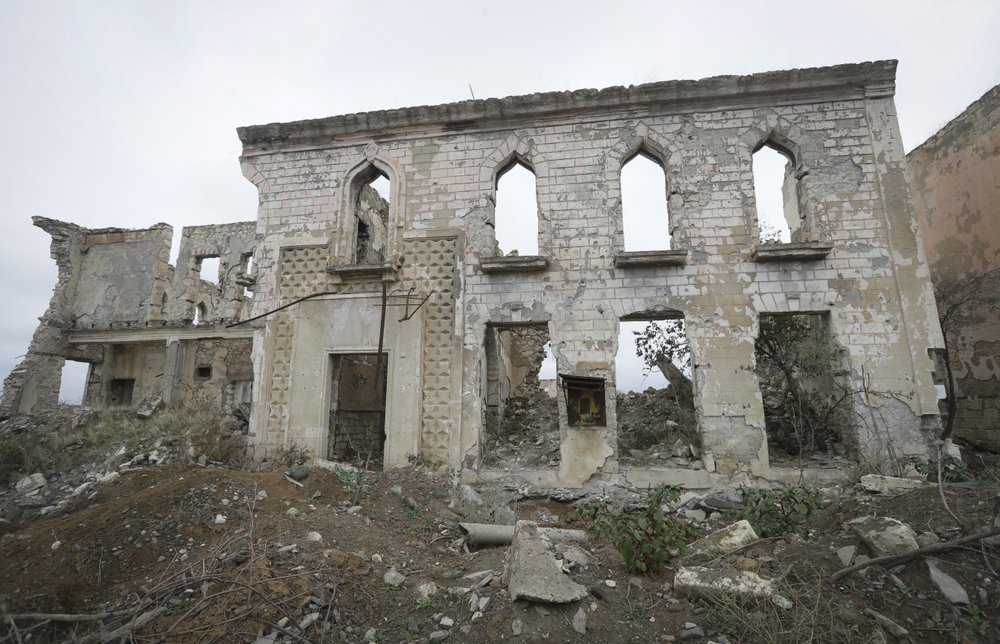 Adil Sharifov, 62, who left his hometown in 1992 during the first war and lives in Azerbaijan’s capital, Baku, knows he will find similar devastation if he returns to the city of Jabrayil, which he longs to do. Jabrayil is one of the outlying areas regained by Azerbaijani troops before the recent fighting ended. Soon after it was taken, one of Sharifov’s cousins went there and told him the city was destroyed, including the large house with an orchard where Sharifov’s family once lived. Nonetheless, “the day when I return there will be the greatest happiness for me,” he said. 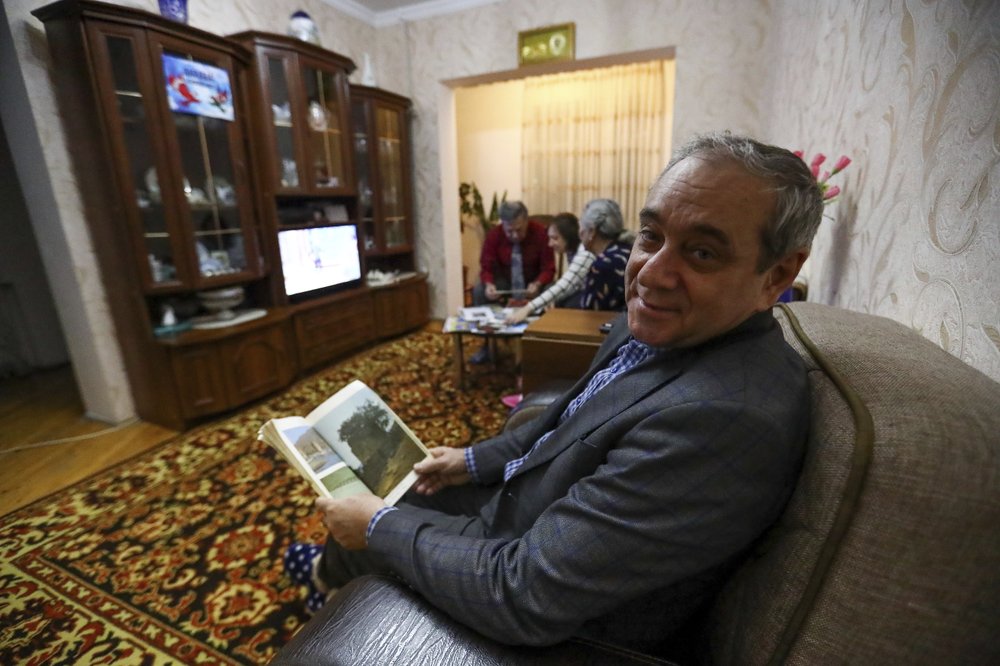 For years, he said, his family had followed reports about Jabrayil on the internet. They knew the destruction was terrible, but Sharifov’s late mother retained a desperate hope that their house had been spared and held on to the keys. “I will build an even better house,” he vowed. 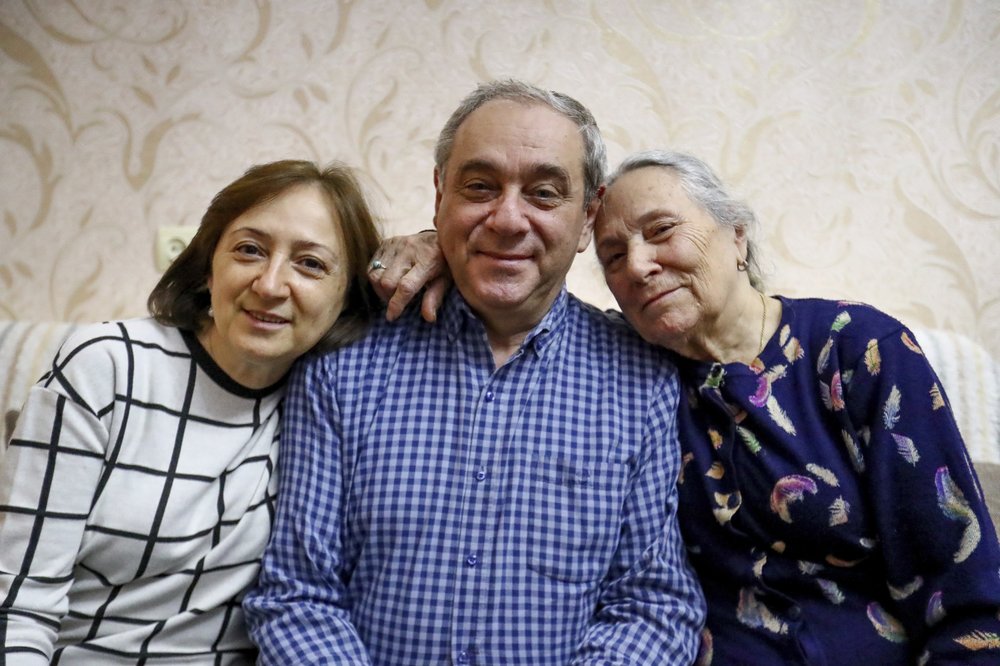 Adil Sharifov with his mother and sister

Ulviya Jumayeva, 50, can go back to better, though not ideal circumstances in her native Shusha, a city that Azerbaijani forces took in the key offensive of the six-week war. Her younger brother, Nasimi, took part in the battle and phoned to tell her the apartment their family fled in 1992 was intact, though mostly stripped of the family’s possessions. “According to him, it is clear that Armenians lived there after us, and then they took everything away. But our large mirror in the hallway, which we loved to look at as children, remains,” Jumayeva said, adding: “Maybe my grandchildren will look in this mirror.” 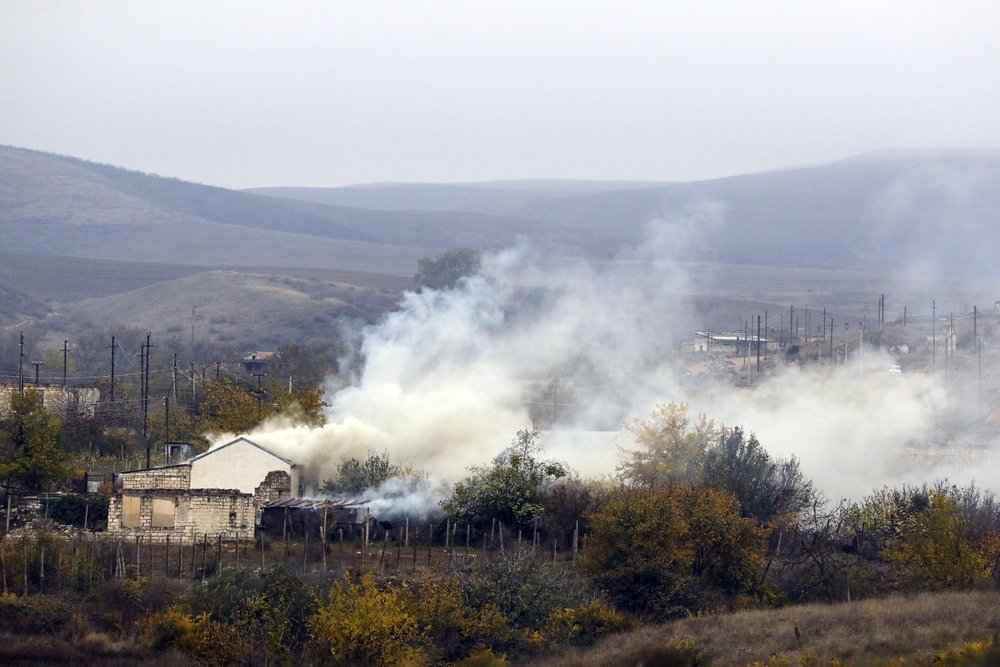 “We all have houses in Baku, but everyone considered them to be not permanent, because all these years we lived in the hope that we would return to Shusha,” she said. “Our hearts, our thoughts have always been in our hometown.” But she acknowledged that her feelings toward Armenians have become more bitter. “My school friends were mostly Armenian. I never treated ordinary Armenians badly, believing that their criminal leaders who unleashed the war were to blame for the massacre, war, and grief that they brought to their people as well,” Jumayeva said. 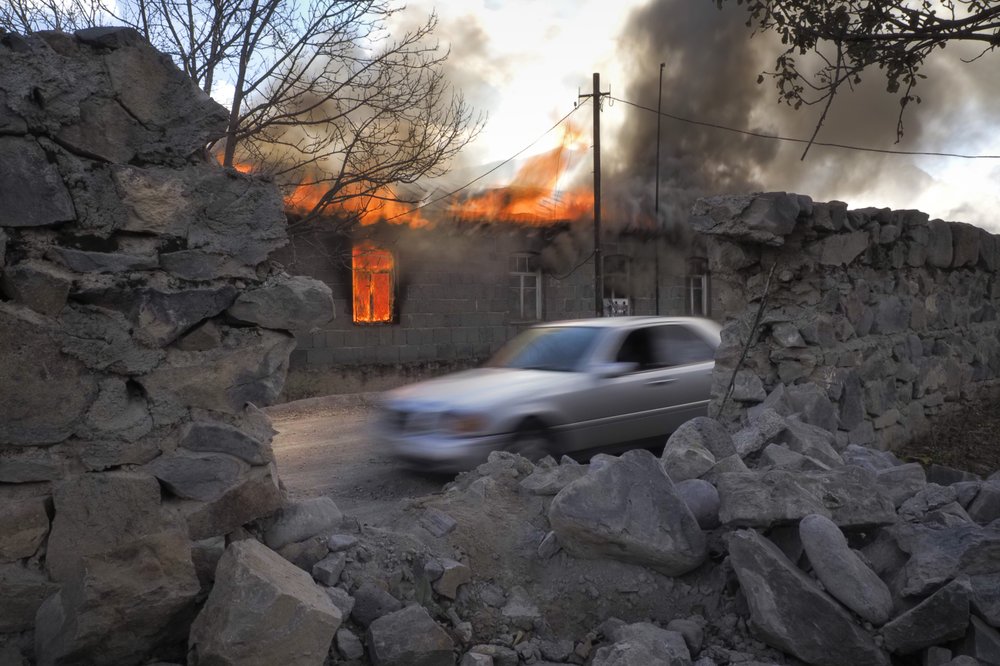 Sharifov says the two ethnic groups with different religious traditions still have the potential to live together amicably. “If the Armenians observe the laws of Azerbaijan, and do not behave like bearded men who came to kill, then we will live in peace,” he said. “The time to shoot is over. Enough casualties. We want peace, we do not want war.” 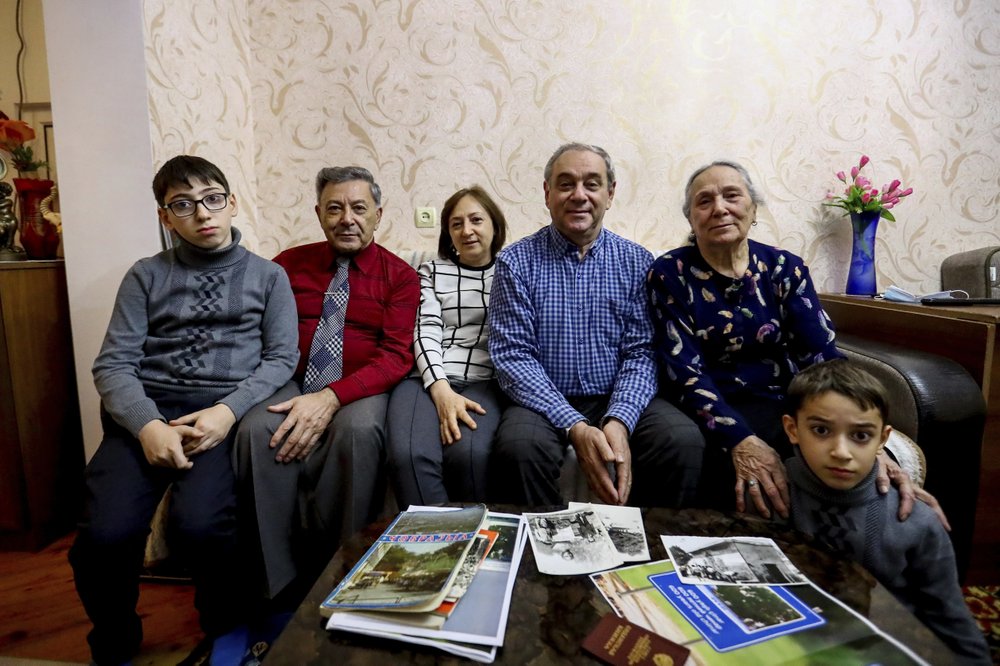