British journalist: Armenia should realize that game is over

The British journalist Neil Watson has appreciated the successful military operations of the Azerbaijani armed forces which are being conducted in the occupied Karabakh region, resulting in liberating a number of areas from the Armenian occupation. The British journalist said that the Azerbaijani government has spent 27 years to get a desire to achieve the liberation of its territories, The Dispatch News Desk writes in the article What Azerbaijan is doing now is upholding international law: British journalist. “Azerbaijani army has liberated villages of Jabrayil and Fizuli from Armenian occupation for long last. It has taken 27 years to actually get to this point,” Watson said according to the Eurasia Diary.

“It is long overdue, the Azerbaijani government, particularly the President of Azerbaijan Ilham Aliyev has been very patient trying to negotiate with occupying forces,” he added. With being glad to see that for long last Azerbaijani army has taken villages and towns from the occupation by the force, Watson hopes that the Armenian army will capitulate and give up the territories completely, and realize that game is over.

Neil Watson stressed that Armenia should allow the seven surrounding regions to return back Azerbaijan, and added that after the occupation, Azerbaijan can start rebuilding works and the restoration in the liberated territories, which have been devastated over the years.

While touching upon the future co-existence of Armenian and Azerbaijani communities in Nagorno-Karabakh, Watson said that Azerbaijanis and Armenians as well as the representatives of other ethnic and religious minorities can live together in peace and harmony as a case before.

Furthermore, the journalist believes that Azerbaijan has the right to conduct military operations in Karabakh in accordance with international law. “The resolutions of the UN Security Council adopted in 1993 condemn Armenian occupation of Azerbaijani territories. What Azerbaijan is doing now is upholding international law. Furthermore, the striking residential settlements in Ganja and other cities of Azerbaijan with missiles and cluster bombs give the right to the Azerbaijani government to carry out self-defense against the aggressor,” he emphasized. 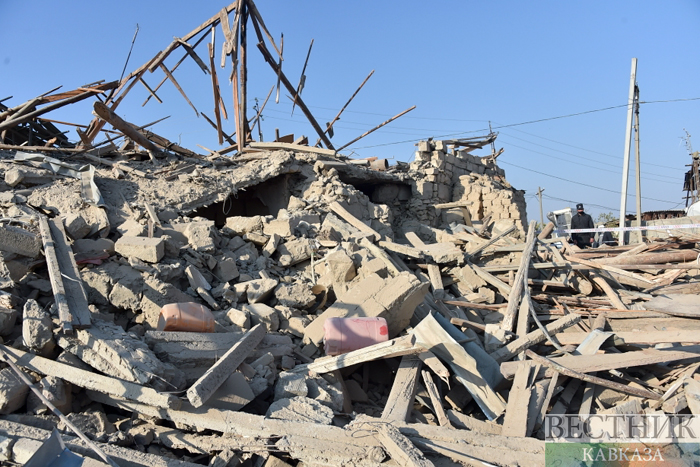