Echo of Soviet Azerbaijan in State Museum of Oriental Art

From February 5 to March 1, the State Museum of Oriental Art will host the exhibition "Echo of Soviet Azerbaijan. Carpet. Embroidery. Poster." Several decades ago, they were an effective tool for political propaganda and now perceived as a distant past. Ideology is seen as a sign of a bygone era, embodied in traditional crafts.

"Each of these exhibits recalls the past to the older generation, but for those who are young, this is a story about the country and its people, their work and live. The most important thing is that the exhibition is life-affirming," the museum’s director general’s adviser Tatyana Metaksa said. 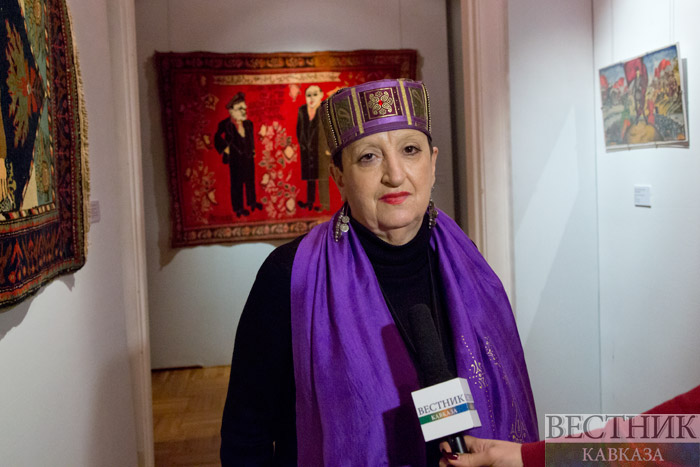 Pieces of art, made in the 1920-1970s by Azerkhalcha’s masters were brought to Moscow from Baku. The production association was created in 1927 and continued the tradition of the Tabriz palace weavers by attracting professional artists to the carpet manufacturing process.

Propaganda images were created based on centuries-old traditions of classical Azerbaijani carpets with their characteristic ornaments and color. (See: Shirin Melikova: "Throughout our people's history, Azerbaijani carpet has been mirror of its era”) 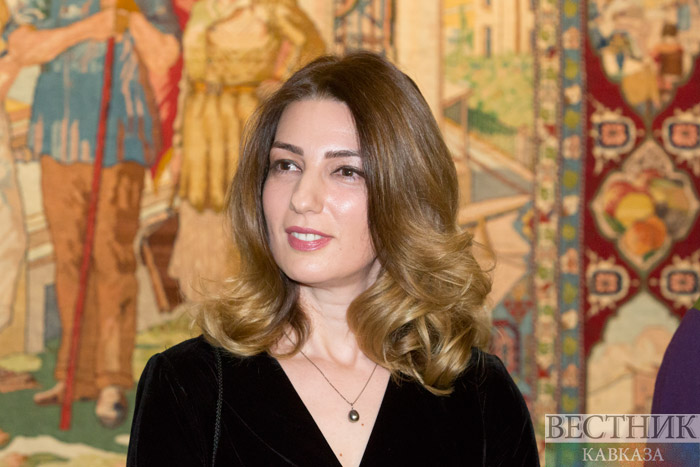 The entire collection of propaganda textiles, carpets, embroideries and sketches from the State Museum of Oriental Art is exhibited for the first time. The carpets were made by students of the applied arts department of the Art College, opened in 1923. Craftswomen were taught not only the art of wielding a needle but also drawing, painting and the history of ornament. The carpets reflect the signs of that time: the leader of the proletariat ... 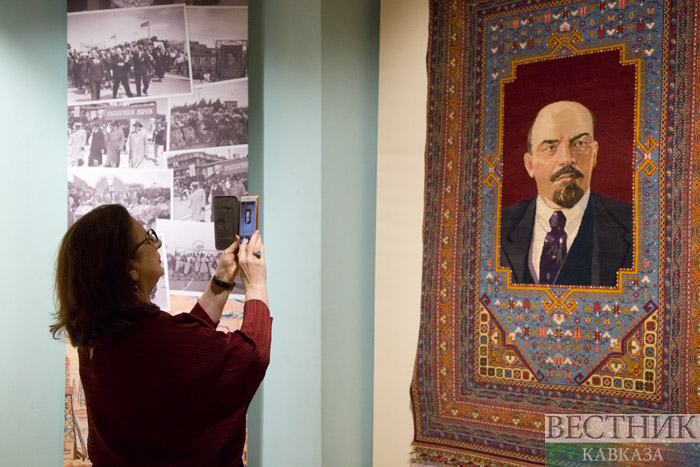 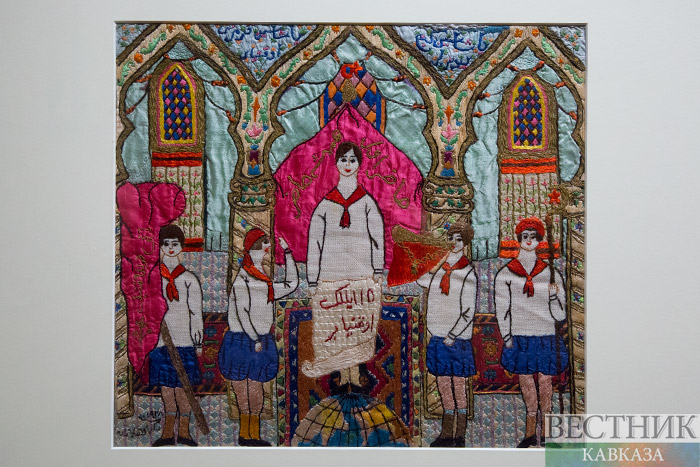 ... and women who first looked at the world with an open face. 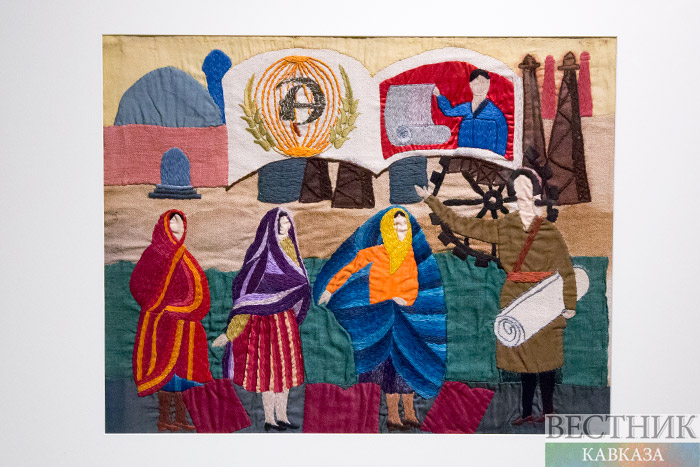 “In the East, removing the veil is a very important issue that was actively promoted precisely in the 1920s. One may say, burning burqas and veils was a kind of performance. People gathered in the squares, women threw their veils into the fire, thus acquiring a new status ”, Maria Filatova, curator of the exhibition, said. 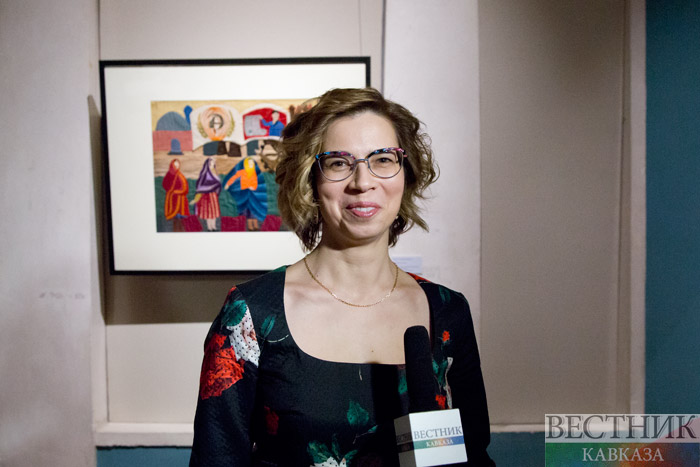 Posters from the Mardjani Foundation collection, made in Baku in the 1920-1930s, organically fit into the exposition. “The posters we have provided are precisely revolutionary. They call for joining the Red Army or following the Soviet regime. But the language of art is oriental, it has many quite traditional features borrowed from the satirical magazine ‘Molla Nasruddin’”, the president of the Marjani Foundation, Rustam Suleymanov, explained. 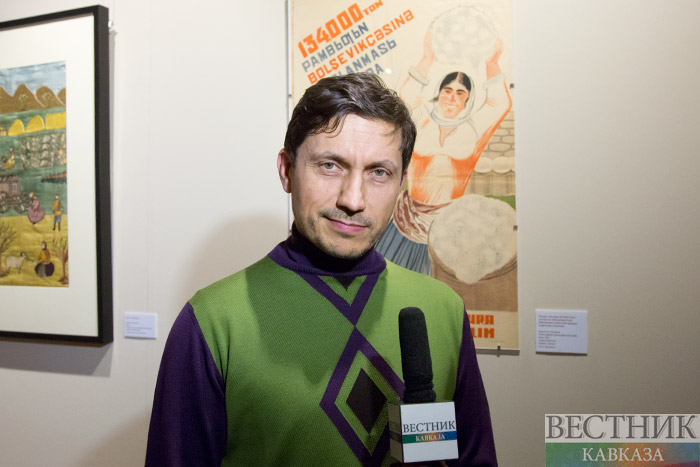 The same name catalog was prepared for the exhibition opening. 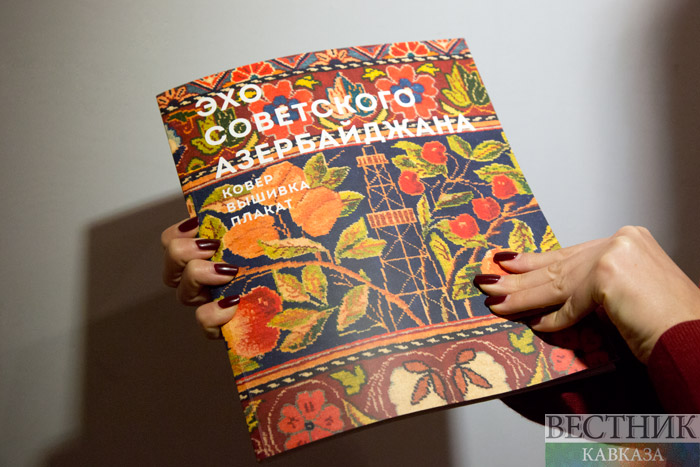 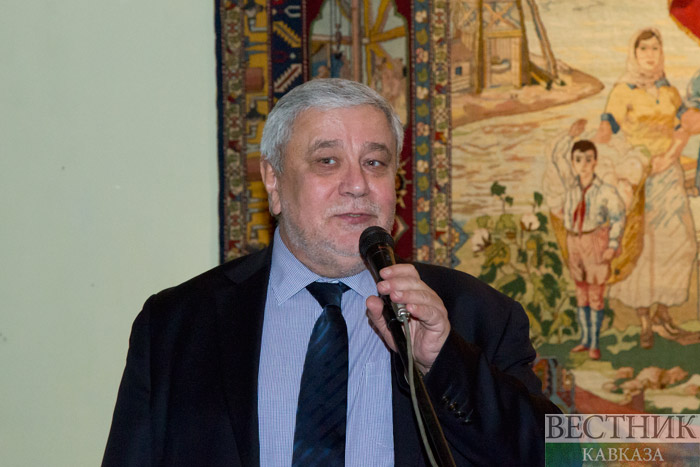 The vernissage was opened by the director-general of the State Museum of Oriental Art, Alexander Belov. ”It is amazing how political and ideological motives are reflected in folk art. We tried to show this in the exhibition. I hope you see that most of these things are real masterpieces,” he said. 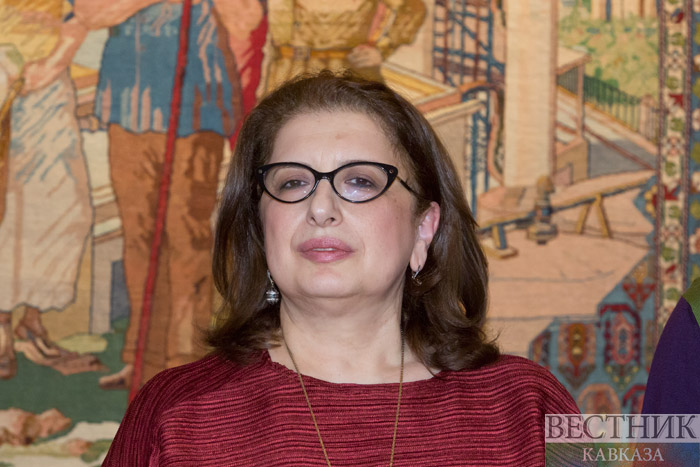 The cultural attache of the Azerbaijani Embassy in Moscow Nigar Akhundova highly appreciated the presented project: "I am very grateful that the organizers of the exhibition arranged such a magnificent feast for our eyes, soul, emotions and mood. All of this is present here." 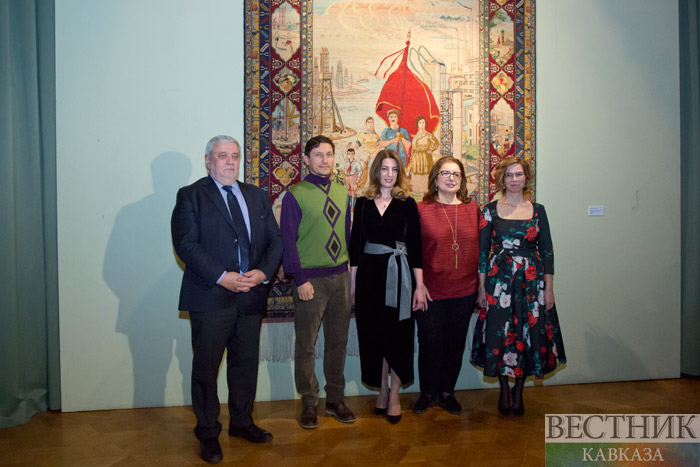