Five of the most expressive culinary traditions of the North Caucasus

Caucasian generosity and hospitality, the spirit of freedom and military traditions, the care and tenderness of female hands, the wealth of gifts of nature and the charm of folk tales, all this in the project "At the Table of the Caucasus". The nature of the Caucasus is rich and varied. Perhaps nowhere in the world can one find such a variety of landscapes. The Caucasus has many faces, each of its facets is a separate small world with its enchanting mysterious beauty, a place where ancient cultures and civilizations intersect with modern technologies. In this article, we will touch on the five most expressive culinary traditions of the North Caucasus - the region of the most delicious pies and incendiary dances, and begin our meal at a generous Lezghin table.

Lezginka is a national dance whose character, melody and mood are known throughout the world. But behind the beauty of the dance is the aroma of the unique mountain cuisine of Lezghins. Any Caucasian cuisine is hearty, and the Lezgin culinary tradition is no exception. Moreover, it is very balanced, harmoniously combining both meat and plant ingredients. The traditional form of economic activity of Lezgins is animal husbandry, so they always have lamb and beef and countless dairy products on their table. Cottage cheese in Lezghin cuisine is slightly more liquid than that of other peoples, and, as a rule, salty. The variety of homemade Lezgin cheeses is huge, cheeses are found in many salad recipes.

The hospitality of the Lezghin table can be judged at least by bread, which has more than 20 recipes. An indispensable addition to any dish are herbs: cilantro, dill, garlic, various types of salads, peppers. A huge number of wild herbs are used in their cooking and baking. For example, chirgit is based on nettles fried with beaten eggs. It is believed that Lezghin cuisine has been greatly influenced by other Caucasian traditions, but no one argues that this nation's own cooking traditions have survived to this day and have become a guarantee of health and longevity. 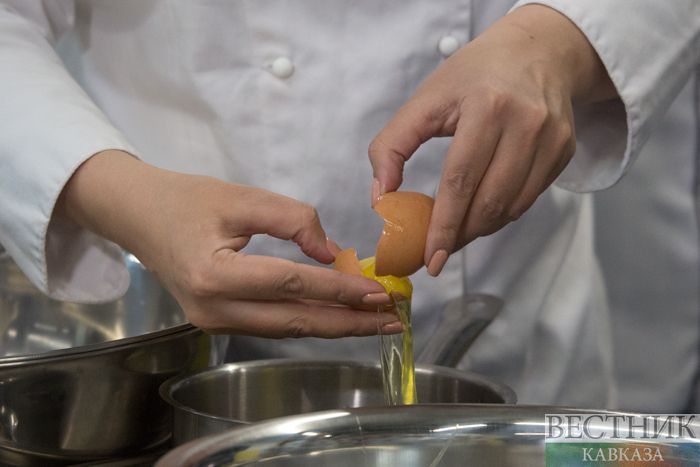 Legend has it that the ancestor of the Chechens, Nokhgo, was born with iron in one hand and cheese in the other. Iron symbolizes a warrior, cheese - a welcoming host. Among the traditions revered by the Chechen people for centuries is hospitality. “Abundance does not come to a house where a guest does not come,” says one of the many Vainakh proverbs. Chechen cuisine is one of the most ancient in the North Caucasus, the range of products is more than modest: corn flour, cottage cheese, pumpkin, meat, wild garlic, nettle. However, modesty and simplicity in this context are synonymous not scarcity, but moderation. However, moving away from mountain asceticism, let's look more broadly at the generous Chechen table. Rich "jizhig-galnash", boiled meat with text, served with hot garlic-onion sauce. Dough made from corn or wheat flour is cooked in meat broth. Sometimes he is offered dried sausage.

The Vainakhs call the wild garlic "the second bread". It grows in the foothills under a layer of snow and in subalpine meadows. A plant with medicinal properties (also called “wild garlic”) is put in pies, salted, and used as a side dish. In the markets of the Caucasus, it is sold by weight, in armfuls. Fresh wild garlic, boiled for a few minutes and then sautéed in oil, is an excellent side dish. Serve it sprinkled with fresh cottage cheese or cheese. On holidays, the main treat of the Chechens has always been ram meat, and its head was considered the most delicious part and was served to the guest.

The peoples of Karachay-Cherkessia have been creating their unique and distinctive cuisine for centuries. Basic dishes have survived to our time in almost the same form in which the housewives prepared them hundreds of years ago. Today we are at the Abaza table. Traditionally, in the Abaza cuisine, shish kebab stands out, which is marinated in a special way. Bread in the Abaza cuisine is baked mainly from barley flour ("gatsho shaks"). One of the old Abaza dishes is potato dzyrdza, served with hominy and bread. Another favorite dish of the Abaza is often made in large quantities, and then served as a snack or addition to other dishes - the famous Abaza curd cheese. 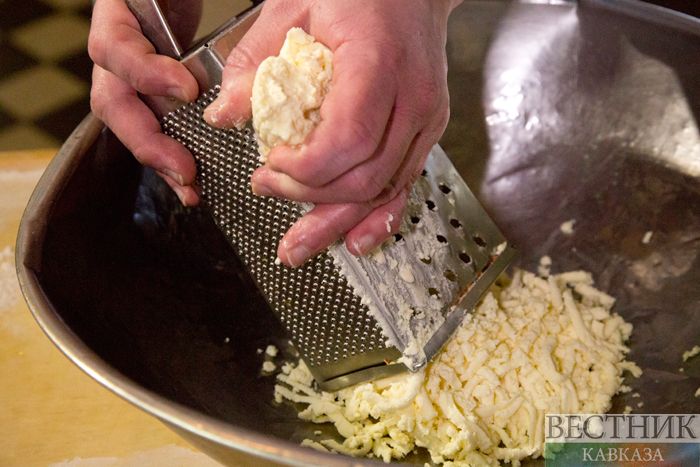 We are transported to Teberda, to the alpine meadows, to the Karachai table. The national dishes of the Karachais are diverse and have specific taste qualities, thanks to which they have gained popularity among other peoples. For a long time, dairy and meat products served as the basis of food for Karachai cattle breeders. But few people have turned out such culinary masterpieces from milk. Let's start the Karachai feast with the famous ayran. This fermented milk product can compete with medicines in useful properties, and the taste of the drink is beyond praise. This is eloquently evidenced by the high popularity of ayran far beyond the Caucasus. In addition to the original recipe, the Karachais also preserved the original methods of preparing dairy products based on ancient traditions - they knocked butter in wineskins, and fermented milk (kypy) in a wineskin. The Karchais are slightly undercooked to preserve vitamins and smell. Here, one cannot fail to mention the khychin and the king of the Karachai table - fried lamb on a spit. Karachaevskaya cuisine is one of those, whose dishes are widely included in restaurants throughout Russia.

Let's finish today's feast on the Ossetian soil. Despite the huge variety of dishes, pies are considered the hallmark of Ossetian cuisine. Pie is one of the cultural dominants of the Ossetian people. There are many customs associated with pies. Guests are treated to at least three pies. This is how Ossetians express respect and favor to those who come to the house. Meat dishes on the Ossetian table are always richly decorated with herbs and all kinds of spices. Ossetian housewives treat guests with meat traditionally seasoned with spicy garlic sauce with vegetables or wild garlic.

Traditions of hospitality, the harsh nature of the mountains and folk wisdom expressed in the national cuisine, the abundance of the most bizarre combinations and old recipes, all this is a separate and multifaceted world of Caucasian cuisine. 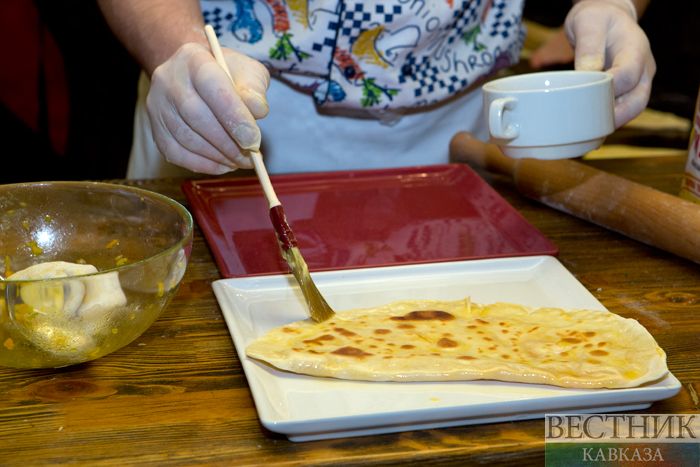