Government old-timers: why did they stay

The Russian government, renewed yesterday, began its work in the evening, Prime Minister Mikhail Mishustin held the first meeting of the Cabinet of Ministers in a new composition.

There are many newcomers, but there are also experienced officials who have demonstrated their effectiveness in ministerial posts and have gained the president’s confidence over the years. 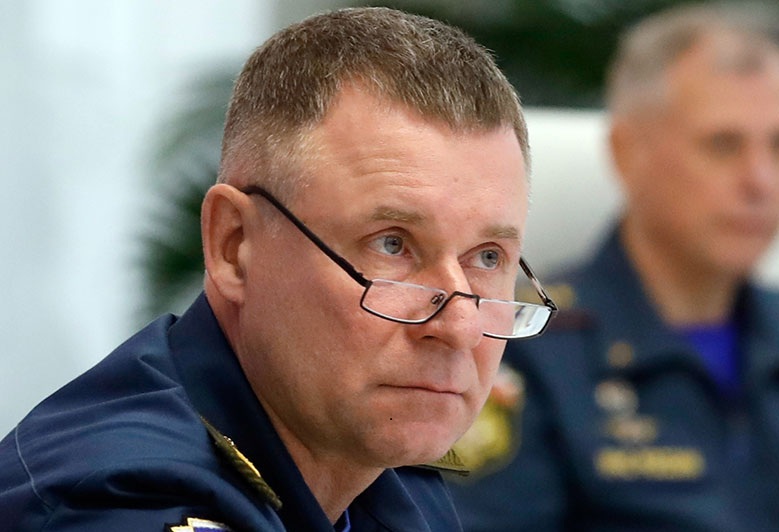 Minister for Emergency Situations Colonel General Yevgeny Zinichev (53 years old). In the 1990s, he worked in the central office of the FSB of Russia, then in the Federal Security Service, where he was in close contact with President Vladimir Putin. He headed the FSB department in the Kaliningrad region, from where he moved to the governor’s chair, but only for two and a half months. In 2016, Putin appointed Zinichev Deputy Director of the FSB of Russia, and two years later - Minister for Civil Defense, Emergencies and Disaster Management. 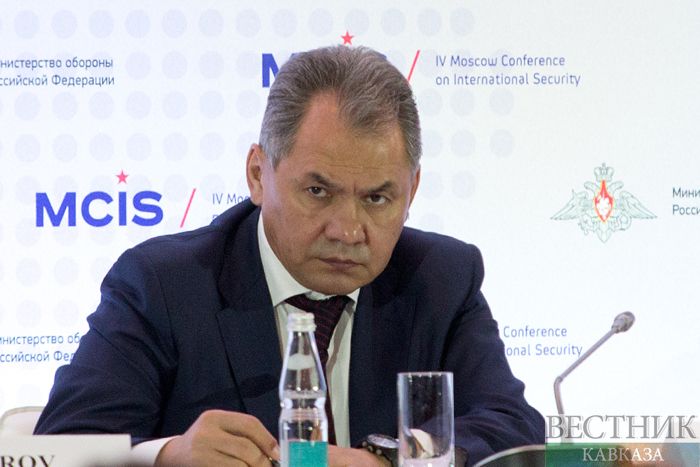 Defense Minister Sergei Shoigu (64 years old). Since 1991, he began to deal with emergencies - with him, the Russian rescue service reached a world level. Shoigu emphatically distanced his department from politics, but managed to turn it into a powerful semi-militarized structure. He took the post of Minister of Defense in 2012. Experts believe that under the leadership of Shoigu, the image of the Russian army became positive, in the operation to return Crimea and restore order in Syria, they made the minister himself even more popular. 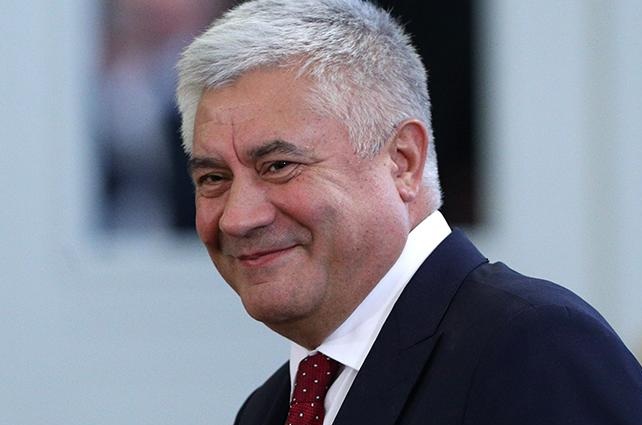 Interior Minister Vladimir Kolokoltsev (58 years old) has served in the police since 1982, in the mid-1980s he studied in Leningrad, at the Higher Political School of the Ministry of Internal Affairs. In the 1990s, he headed the criminal investigation departments in various police departments of Moscow, worked in units to combat organized crime. In 2007, Kolokoltsev was appointed head of the department of internal affairs in the Oryol region, where during his work high-profile criminal cases were instituted against the immediate environment of the governor. Two years later, Kolokoltsev headed the Main Department of Internal Affairs in Moscow. He became the head of the Ministry of Internal Affairs in 2012, and immediately ran a purge in the ranks of the police - a few weeks after the appointment of Kolokoltsev, three deputy ministers immediately resigned. 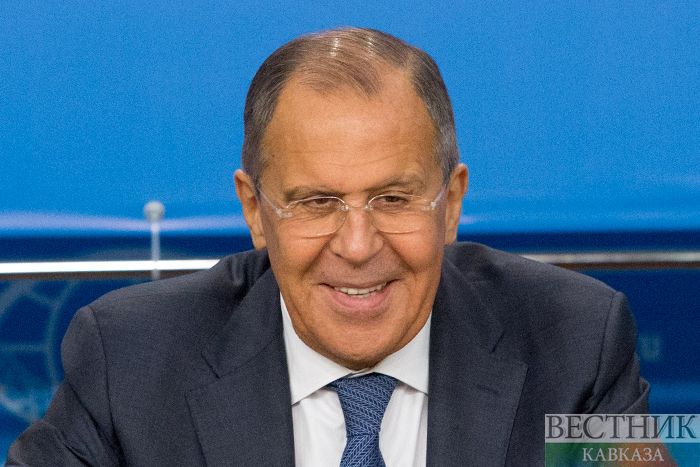 Before taking the post of Minister of Foreign Affairs, Sergey Lavrov (69 years old) served as the Permanent Representative of Russia to the UN and the representative of the Russian Federation in the UN Security Council. He has been working on Smolenskaya Square since 1972. Colleagues and leadership have always appreciated his independence and independence, and when appointed to the ministerial post, he was associated with his expectations of changes in the country's foreign policy. Lavrov already then proceeded from the fact that Russia cannot take sides in a global civilizational conflict, must not allow itself to quarrel with the Islamic world, and must oppose the idea of ​​imposing “freedom and democracy”. 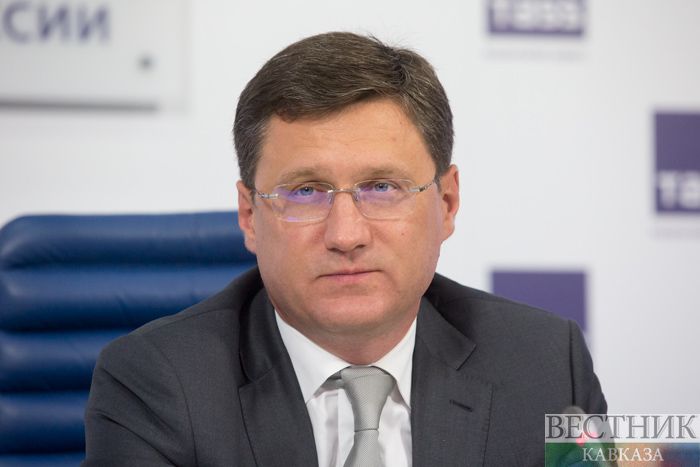 Energy Minister Alexander Novak (48 years old) was born in the Donetsk region. He worked at the Norilsk Mining and Metallurgical Combine first as a hardware and hydrometallurgist, then he grew up to the head of the department of the Polar Division of OJSC Norilsk Mining Company. In the early 2000s, he became deputy head of Norilsk for financial and economic issues, worked in the administration of the Krasnoyarsk Territory, from where, from the post of head of the regional government, he left for Moscow, where he became deputy federal minister of finance. In 2012, he was appointed Minister of Energy, so that experts said, "often coordinate the opposing interests of oil, gas and electric power industry." Then he became a member of the Supervisory Board of Rosatom State Corporation. And since 2015, he has been the chairman or member of the board of directors in such structures as Rosneft, Rosseti, Gazprom and Transneft. 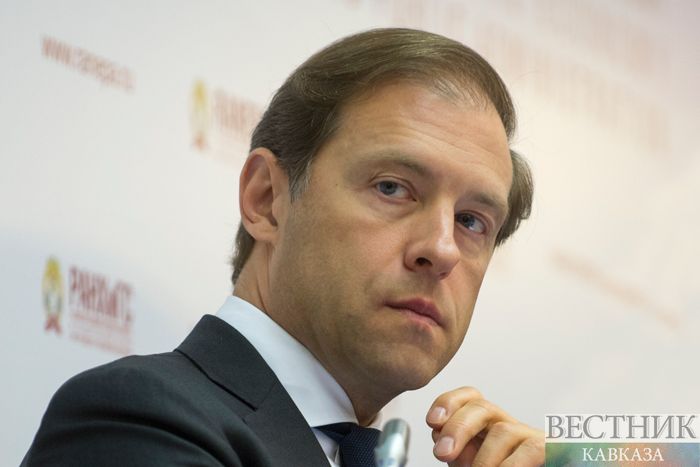 The Minister of Industry and Trade Denis Manturov (50 years old) was born in Murmansk, lived with his parents in India, graduated from the sociological faculty of Moscow State University and graduate school there. In the 1990s, he worked at a Russian-Indian joint venture engaged in air transportation, exported Mi-8 helicopters from the Ulan-Ude Aviation Plant, from where he transferred to the Moscow Helicopter Plant named after Milya, then became the general director of Oboronprom. First he came to the Ministry of Industry and Trade as the Deputy Minister, and then he headed the department. Its main strategy is import substitution. In the area of ​​responsibility Maturov aircraft and automotive, light industry, metallurgy, support for non-resource exports, environmental safety, microelectronics. 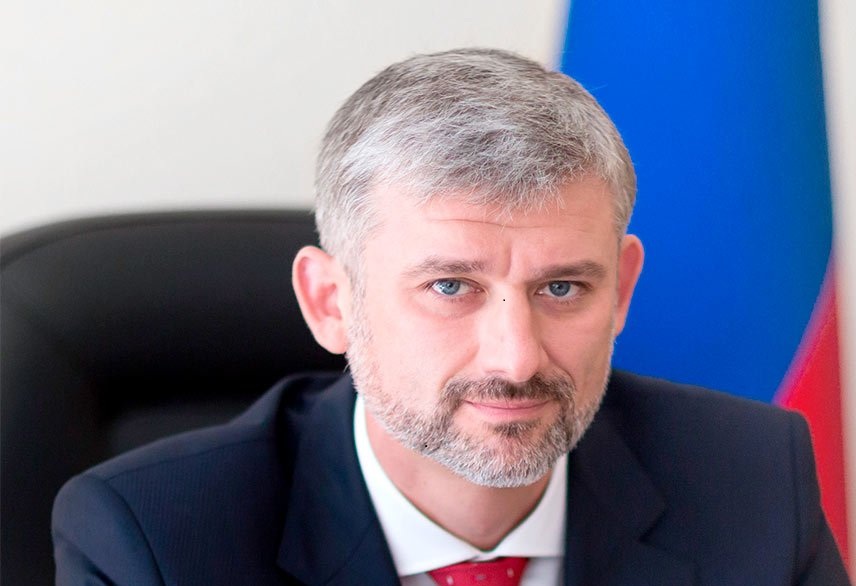 Transport Minister Yevgeny Dietrich (46 years old) was born in Mytishchi. He graduated from Moscow Engineering Physics Institute with a degree in applied mathematics and the Higher School of Privatization with a degree in law. Since 2015, he has been in charge of the road industry with the Ministry of Transport, has been implementing the principles of project management, developing public-private partnerships, and has led the Safe and High-Quality Roads project, which began in 38 of the country's largest metropolitan areas in 2017. A year later he became a minister. Recognizing that only 10% of federal highways correspond to modern standards, Dietrich is engaged in the development and modernization of the main transport infrastructure. 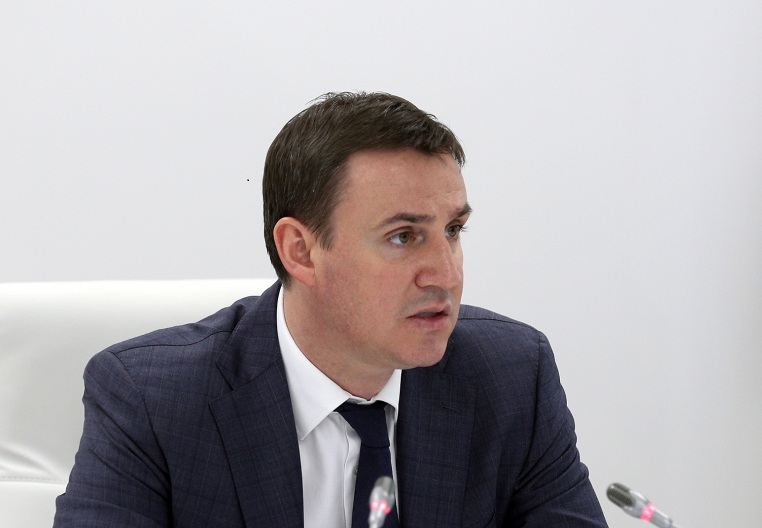 Minister of Agriculture Dmitry Patrushev (42 years old). According to media reports, the son of former FSB director Nikolai Patrushev. He graduated from the State University of Management with a degree in management, then he studied at the Diplomatic Academy of the Ministry of Foreign Affairs of Russia with a degree in world economics, and headed the Russian Agricultural Bank. He believed that the main task of the Agricultural Bank is to support the domestic agricultural producer: "If we do not meet him, we will not provide loans at a lower rate, the financial condition of our agricultural producers may not withstand the load." He was appointed Minister of Agriculture in 2018. 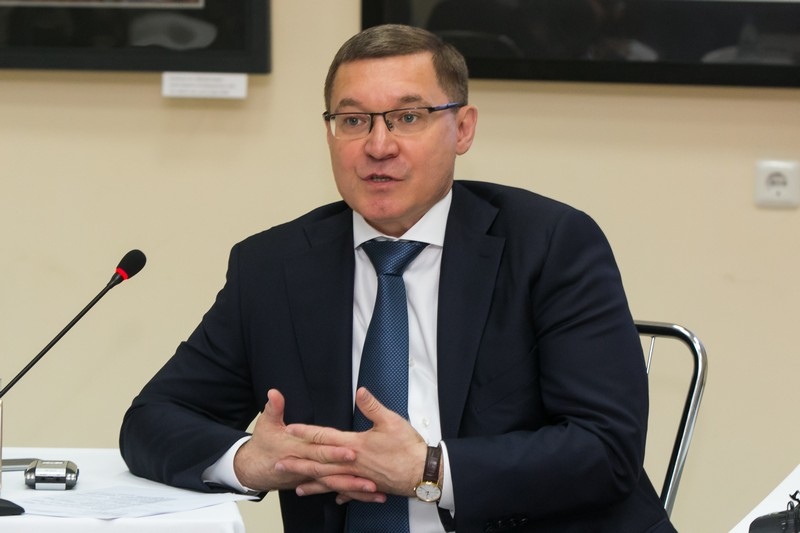 Construction Minister Vladimir Yakushev (51 years old) was born in Neftekamsk. He graduated from Tyumen State University with a degree in law. He headed the Yamal-Nenets branch of the West Siberian Commercial Bank and Zapsibkombank. In 2001, he became deputy then governor of the Tyumen region Sergei Sobyanin, and in 2005 became governor. He was appointed Minister in 2018, since then he has been struggling with the huge debts of Russians in housing and communal services, which, according to him, reached 800 billion rubles last year. 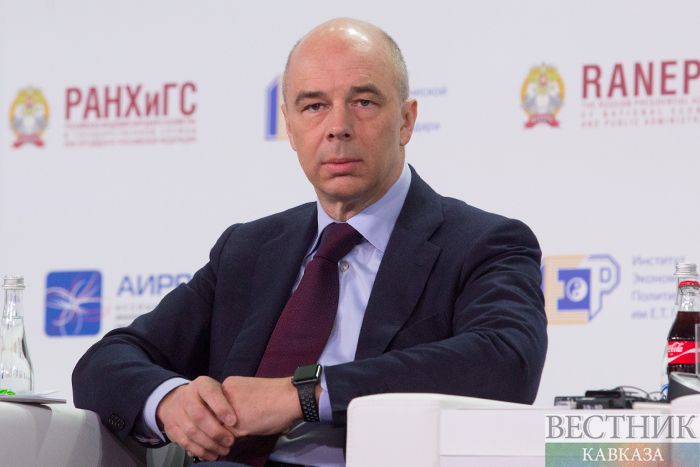 Anton Siluanov (56 years old) retained the position of Minister of Finance, but ceased to be Deputy Prime Minister. He graduated from the Moscow Finance Institute with a degree in finance and credit. At the Ministry of Finance since 1992. As a minister, who has been working since 2011, he was remembered for creating a budget rule, making the budget surplus, lobbying for raising the retirement age, and increasing tax pressure on business. Always advocated for tough budget discipline. 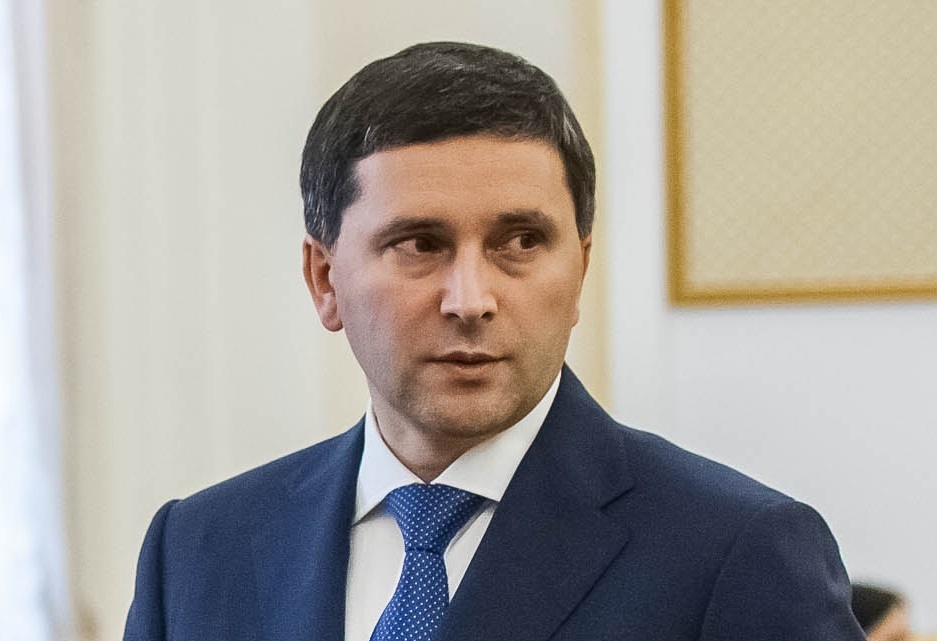 Minister of Natural Resources and Ecology Dmitry Kobylkin (48 years old). He graduated from Ufa State Oil Technical University with a degree in mining engineer-geophysicist. In the early 2000s, he led the development of the Khancheyskoye field and the organization of oil and gas production. In May 2001, he was appointed General Director of Khancheyneftegaz LLC. Prior to his appointment as Minister (in 2018), he was Governor of the Yamalo-Nenets Autonomous Okrug. He gained wide fame thanks to his participation in the decision of the “whale prison” case, when Cousteau studied the situation on the spot with the team. Now experts predict difficult times for him in connection with the upcoming garbage reform and Russia's promise to reduce atmospheric emissions under the Paris climate agreement.

The Minister of the Far East and the Arctic Alexander Kozlov (39 years old) was born in Yuzhno-Sakhalinsk, graduated from the Moscow Academy of Entrepreneurship under the Moscow Government with a degree in law. Since 2011, he worked in the administration of the Amur Region, then was the mayor of Blagoveshchensk, and in 2015 he headed the region, in 2018 he became the federal minister. On February 26, 2019, the Ministry of Development of the Far East expanded its powers to the Arctic zone of the Russian Federation. 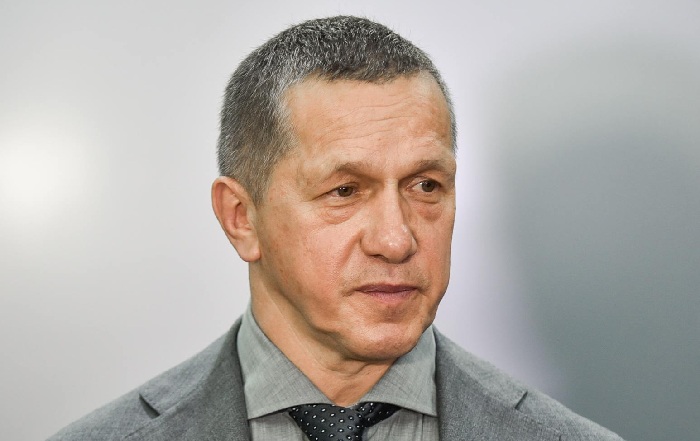 In addition, Yuri Trutnev, Deputy Prime Minister and Presidential Representative in the Far Eastern Federal District, who will continue to oversee the Far East and the Arctic, retained his post in the new government. During his work in the government, the Power of Siberia gas pipeline to China was launched, the ministry’s area of ​​responsibility was expanded to the Arctic, and Buryatia and Transbaikalia ceased to be Siberia and became the Far East.