The Ingush people with a rich centuries-long history are the oldest in the North Caucasus. They refer to themselves as 'ghalghaj' from the word 'ghal' - tower, which can be translated as 'people of towers'. Therefore, it is believed that the ethnocultural trail of the Ingush dates back to distant past, down to the New Stone Age. Ancient fortifications are scattered throughout Ingushetia. There are three types of towers: combat, mixed function and residential. Other objects of ancient Ingush architecture - shrines and crypts - can also be located inside the tower complexes.

According to culture researchers and art historians, the Ingush combat towers 'vouv' are the pinnacle of the architectural and construction skills of the population of the region's old settlements. They are striking through their simplicity of shape, monumentality and strict elegance. 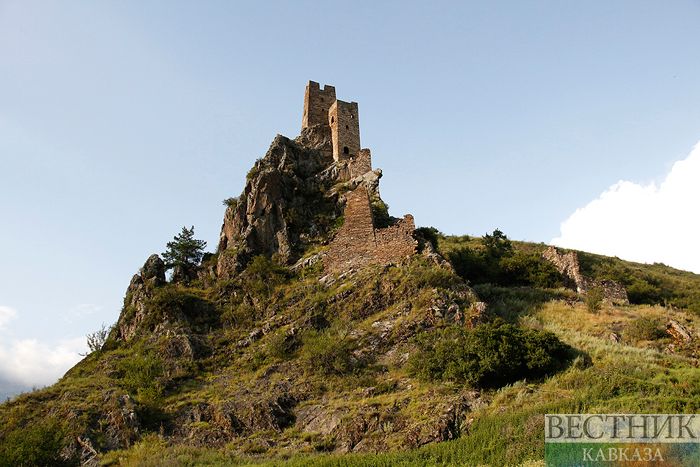 "Tell me what kind of tower your family has, and I will tell you whether you deserve my daughter!" any Ingush family head reasoned back then.

The strength and architectural perfection of the fortification demonstrated the cohesion and power of the clan (teip), and, therefore, guaranteed a long and happy family life. 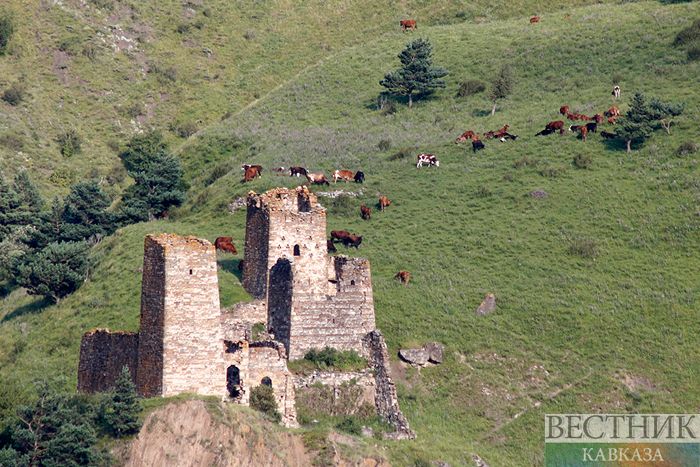 The construction of combat towers was at the golden age of ancient Ingush architecture. In total, 89 battle towers of two types were built - with pyramidal roofs and with flat ones.

The main difference between combat towers from mixed function and residential towers is their design. The battle towers are much narrower and higher, and the entrance to the tower was located on the second floor, which prevented enemies from using a ram. 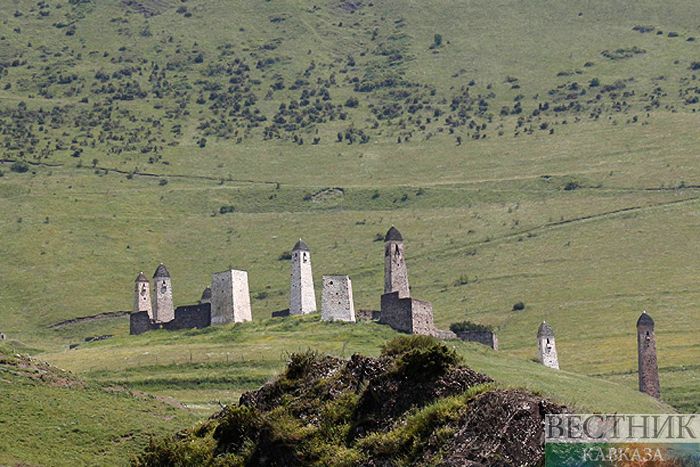 Builders were allowed to erect towers outside Ingushetia, but only mixed function and residential ones. The ban on the construction of battle towers was justified: it did not allow the architectural "monopoly" of Ingushetia being the only land with classic battle towers to be lost.

Combat, mixed function and residential towers are not just unique architectural monuments, they also preserve the memory of the Ingush teips (clans) origin. 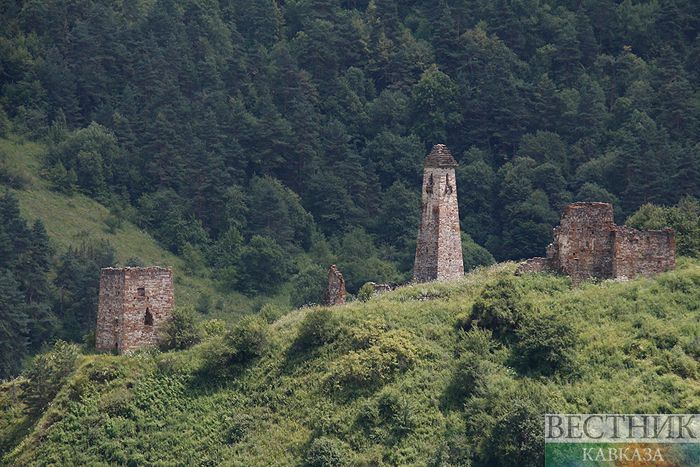 Ancient solar cemeteries (malkh-kash) are also located near the tower settlements - underground, semi-underground and terrestrial crypts where can be found weapons, jewelry, household items of the 12th-18th centuries. Such burial ground could accommodate from 2 to 190 people.

Tribal towers are a material attribute of the Ingush clan. Large noble teips may had several towers. At the end of the 19th century, the Egiev, Targimkhoev and Khamkhoev families, in a petition to the governor of the Caucasus, as evidence of their nobility and their right to posses vast lands, claimed that their ancestors built 15 towers - Khya-Kale, i.e. triple-towered - there. 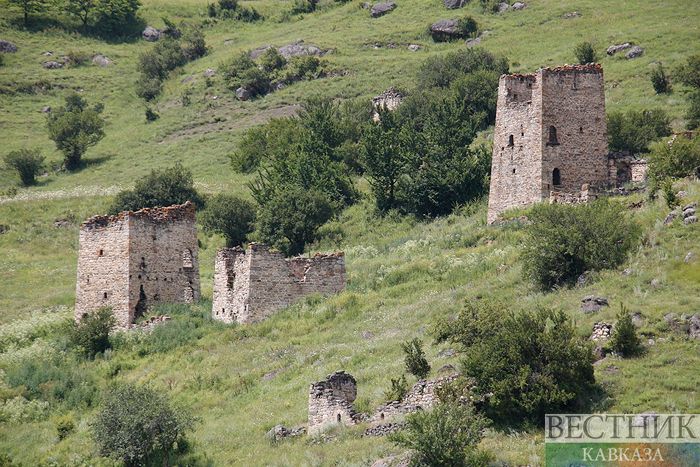 According to researchers, the Ingush towers are the highest, they were 25–26 meters high (five-storied towers), and sometimes 30 meters (six-storied towers). 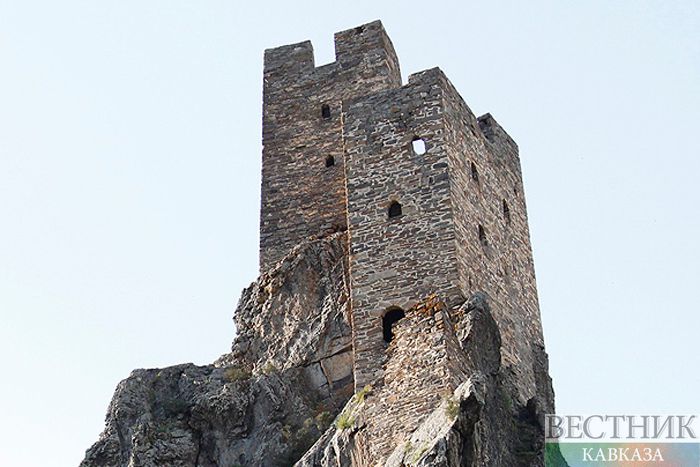 Historians suggest that in these constructions reflected the Ingush's desire to be closer to heaven and defend themselves against the conquerors. The towers resemble a cult of stone, which was so developed that even a guest was considered obligatory to bring a stone as a gift.

The construction of a military or residential building was solemn: before the start of construction, they sacrificed an animal and wet first rows of stones with its blood. Finishing work in a year was a matter of honor - otherwise the clan was considered fading. 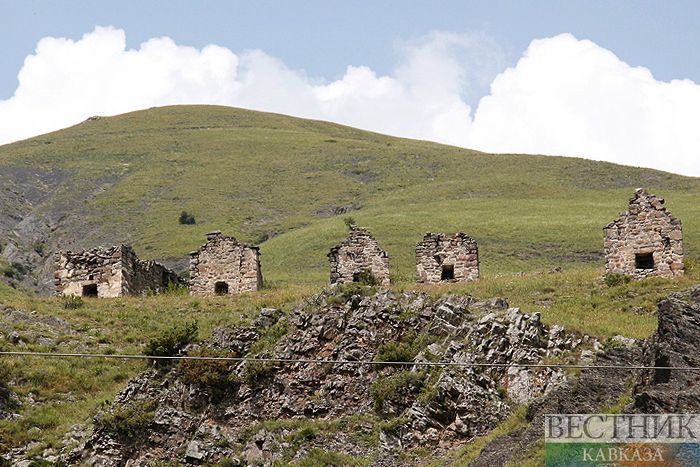 The late Vovnushki medieval tower complex is one of the most striking and exotic tower complexes in Ingushetia. 'Vovnushki' (the accent is on the first syllable) means 'a place of combat towers'. 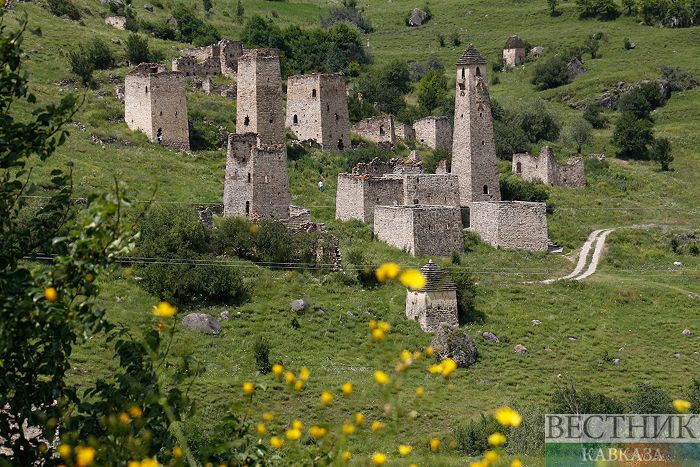 Although several centuries have passed, scientists are still struck by the complex's constructive technique. Two massive combat towers were erected without any foundation. In fact, they stand on shale rocks. During construction, a quite common technology of that time was applied. Before laying the tower`s foundation builders poured milk on the ground. If the milk did seep into the ground, they dug deeper. After that, huge stones, as big as a human growth, were laid first to ensure the stability of the structure. Before construction of the castle or tower began, a sacrifice was made. 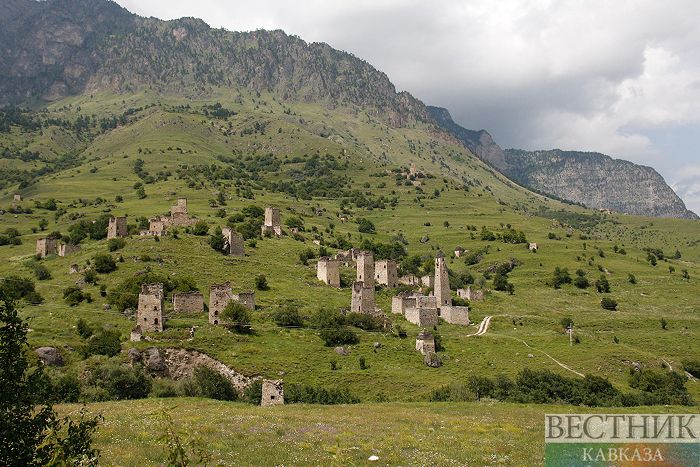 Historians cannot tell the exact time when this castle was built. But all researchers agree on one thing - when the castle was built, Christians inhabited Ingushetia. Islam began to spread among the local population only in the 18th century and has not yet managed to put its imprint on the appearance of local buildings.

Building family crypts was natural for the Ingush. "When a man is alive he needs a tower, when he is dead he needs a crypt," the Ingush proverb says. 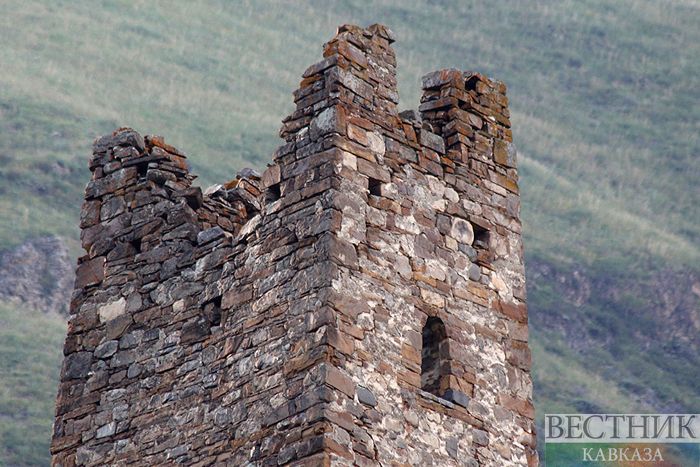 The buildings built close to each other inspired the Highlanders with philosophical thoughts.

Mountain Ingushetia carefully preserves the memory of the cultural heritage of paganism and Christianity. The Ingush's ancestors firmly believed that when people are alive they need a tower, when they die they need a crypt. 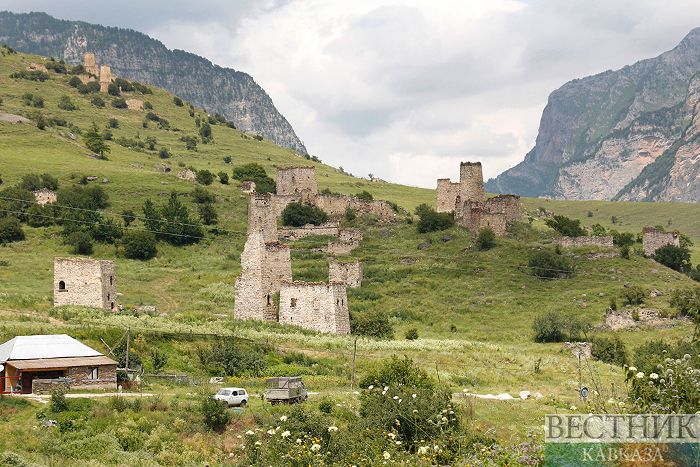 Therefore, in any Ingush settlement there was a "city of the dead" with burial grounds located not far from residential towers. The crypts resemble small houses with pyramidal roofs. Crypts were considered family buildings, so any local clan has its own clan towers and clan cemetery. 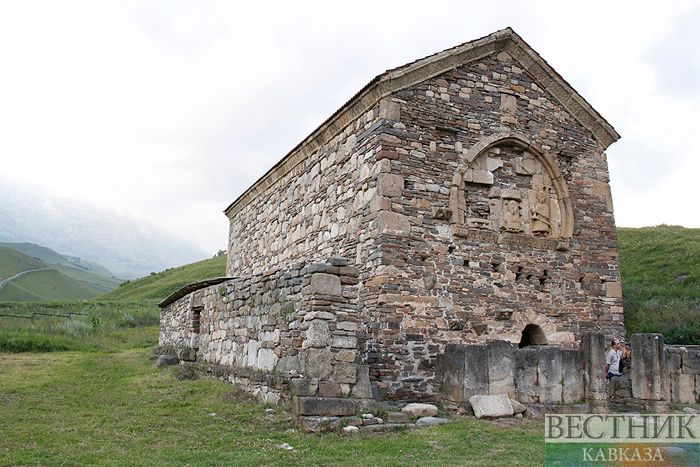 And now these buildings dotted around the republic have become a symbol of Ingushetia.