An exhibition ”Earth Metamorphoses: Japanese Unglazed Yakishime Pottery" opened at The State Museum of Oriental Art in Moscow. The exhibition features tea wares, food vessels and objets d’art. In total, almost 90 items are presented at the exhibition. Yakishime is one of the most basic means to produce ceramics. It originated in the Japanese pottery centers in the late 12th century. The Yakishime tradition continues unbroken from the Middle Age to the present days through vessels for food and drinks used in everyday life.

"Japanese Yakishime ceramics is absolutely laconic, with no artistic means. There are no glazes. The only decoration the surface of these ceramics gets after long days or even weeks in high-temperature ovens. Simple fire and ashes provide an extraordinary transformation of clay into an objet d’art. Random drops of melted minerals or flashes of fire cover slightly smoked, charred sides of the items, " exhibition curator Anna Yegorova said. 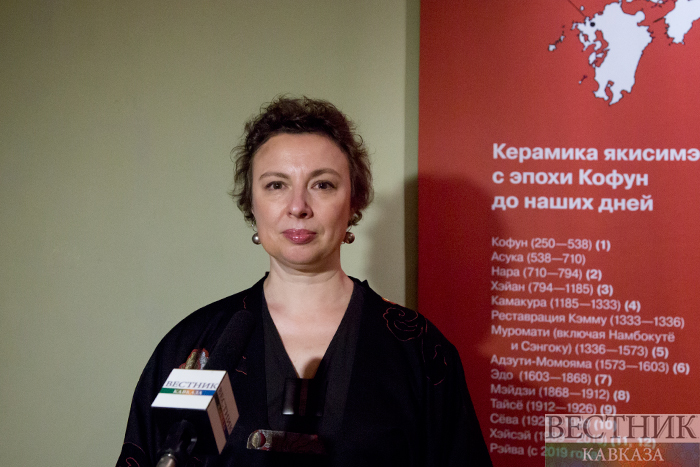 The exhibition consists of four sections. "The first section tells about the earliest items. We have one Heian period vessel, thus, created in the 9th-12th centuries in Japanese historiography. This object is very rare, its age is fantastic for pottery. Another vessel was made during the Momoyama period, in the second half of the 16th century. There is no Japanese ceramics of this age in the Russian collections. The second section of the exhibition tells about the tea ceremony. These tea wares without glazes, so rude, but nevertheless extremely charming, were used by masters. The third section tells about Yakishime household utensils - they are really widely used to this day. And probably the most interesting is the fourth section telling about Yakishime as objet d’art. We divided this last section into two halls - for porcelain and ceramics, "Anna Yegorova said. 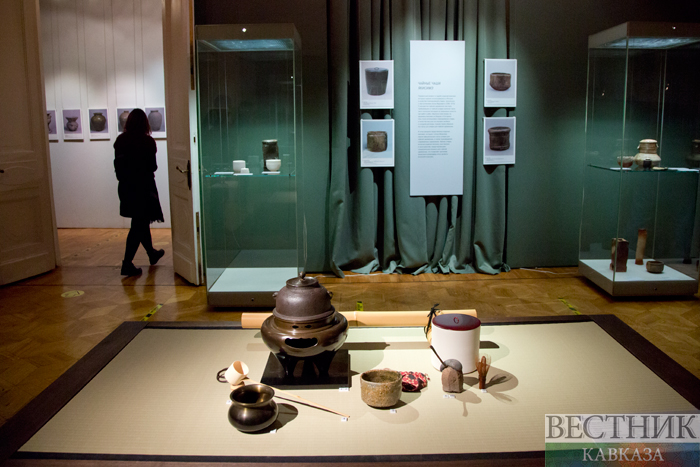 Yakishime is closely related to various household vessels, but nowadays there are many artists who create not only functional objects but also objets d’art, Tatiana Metaksa, Advisor to the Director-General of the Museum of the Oriental Art said,  telling about the originality of this exhibition. She is an active popularizer of Japanese exhibitions and Japanese art and was awarded the 5th Class Order of the Rising Sun. 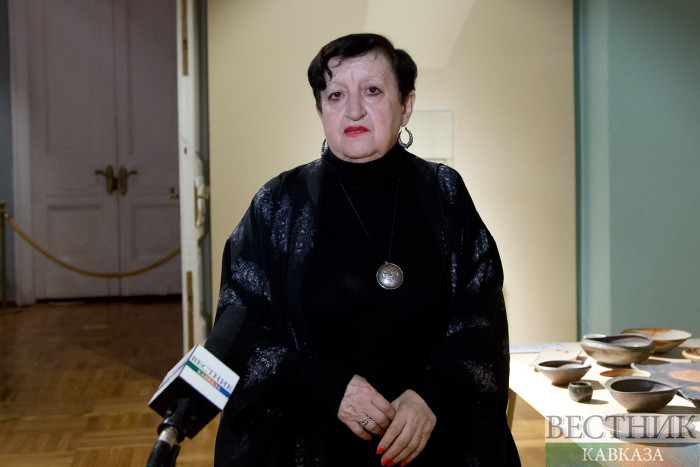 "We rarely have an opportunity to attend exhibitions where some of the exhibits have a label running:” Living national treasure of Japan.” There are several such items in this exhibition. It is absolutely amazing. The exhibition is original as there are a lot of modern masters who study and love ancient art, create new, sometimes completely unexpected unique images. This is the penetration of traditions into modern life. I think that this exhibition is good because it needs to be examined very carefully, to admire the unpretentious and modest beauty of Japanese art objects. In Japanese aesthetics, there is a wabi-sabi term meaning the beauty of simplicity. In this exhibition, there are a lot of very simple things, thus, unusually beautiful objets d’art,” Tatiana Metaxa said.

The exhibition ”Earth Metamorphoses: Japanese Unglazed Yakishime Pottery" was organized with the support of the Japan Foundation and will run until December 6, 2020.