The exhibition “Mongolia at the Crossroads of Eras” opened in the State Museum of Oriental Art. It is dedicated to the 100th anniversary of the Mongol Revolution and establishment of diplomatic relations between Russia and Mongolia. Extraordinary and Plenipotentiary Ambassador of Mongolia to Russia Dulamsuren Davaa welcomed guests of the exhibition: “A lot of important historic events took place during 100 years of our good neighborly relationships. Peoples of Mongolia and Russia went through such serious challenges as the Battles of Khalkhin Gol, the Great Patriotic War, the Liberation War in 1945. Moreover, during this period, Mongolia became a full-scale member of the international society. Today, Mongol-Russian relations successfully develop in all spheres.” 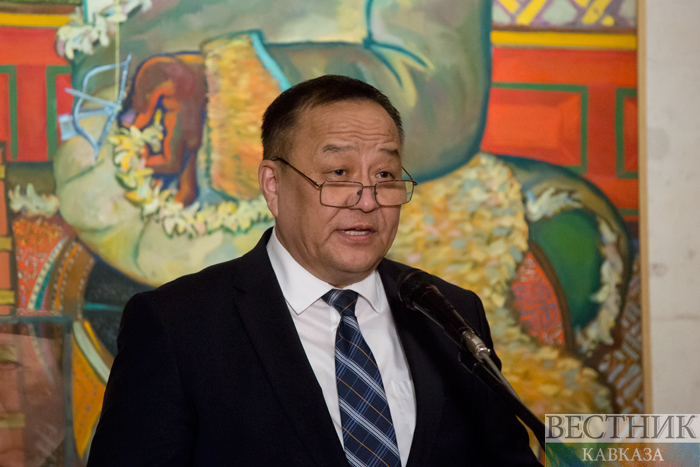 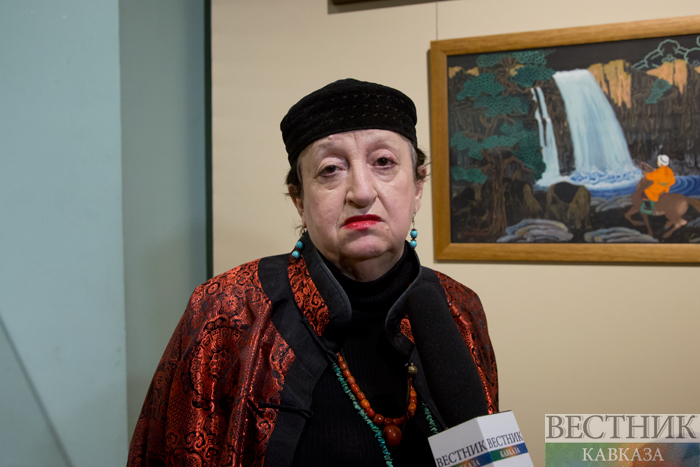 Tatiana Metaxa, the Councilor of Chief Officer of the Museum, said: “Mongol artists are fantastic. They started their education in Buddhist temples, drew icons, images of Buddha. Later, many of them studied in the Soviet Union, at the Surikov Art Institute in Moscow. Socialist realism is usually imprinted in their works, in a good sense. At the exhibition, you can see political posters depicting top politicians of Mongolia and the Soviet Union, ancient icons made in the country in the early 20th century, and a lot of colorful pictures of Mongolia’s beauty. ”

The concept of the exhibition is to show a shift from religious art to secular art. 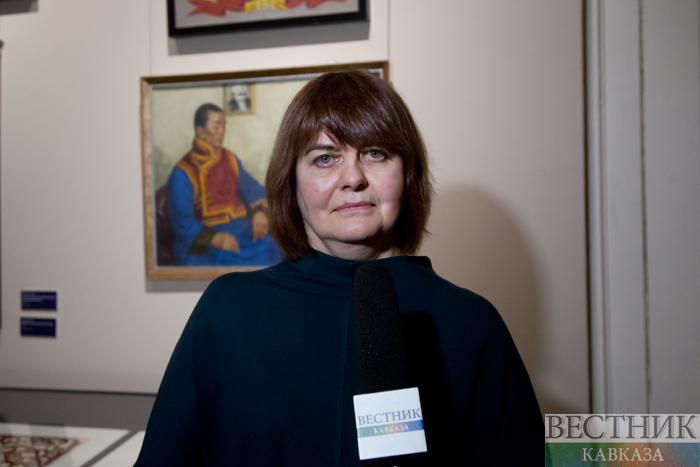 Curator of the exhibition Nonna Alfonso said that it was a big process of interpenetration, interinfluence, new experience, and creative quest: “We tried to create visual imagery. In fact, there are many pictures of one artist, Amgalan, who headed Union of Artists in the 1970s. You can see that he worked with different genres and styles. There are his graphics, for example, “Hello Mother”, we call it “Morning. Mother. The Sun.” It got a state award. Niamosoryn Tsultem, a prominent artist and theorist of Mongol art, loved landscapes and portraits. Here you can see a historical subject: a meeting of Damdin Sükhbaatar and Lenin. If you look closely, you will see how artists tried to work with different styles and genres in 1940-1970s.” 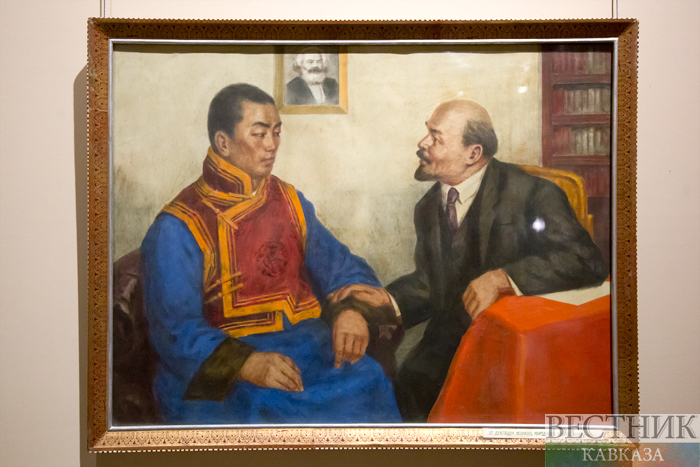 The exhibition will be open till April 25th.