'My childhood stood frozen in Kalbajar after occupation'

A young Azerbaijani man recounted how he was eight years old when he was forced to leave Azerbaijan's Kalbajar region and didn't have a proper childhood since Armenian forces occupied the lands nearly three decades ago. "My childhood stood frozen there," Bazirgan Verdiyev told as he prepared to go back home, Anadolu Agency writes in the article 'My childhood stood frozen in Kalbajar after occupation'. Verdiyev, 36, who is currently doing his doctorate studies in the Turkish metropolis of Istanbul, said his childhood passed with the "bitter experience" of being an internally displaced person.

"Upon returning to my hometown, I will play in the yard where I used to play as a child. I will go to the forest behind our house, will walk by the river, will enjoy the smell of the meadow," he said. "I will show my children where I was born and where I spent part of my childhood. I missed everything in my homeland -- its nature, forest, mountain valley, flowers, moss on the rock. I missed everything!"

Noting that it was very difficult to "feel the defeat" and the conditions it created, Verdiyev said staying apart from his homeland, adapting to new conditions and living for years as if he would move at any moment were among the toughest things he and his family experienced after being forced to leave home due to the occupation. "It is difficult to live without a homeland. Its absence, its inaccessibility makes you incomplete. You feel like a bird with one broken wing," he said. He said the people of Kalbajar have a sense of "drawing their last breath in the homeland," adding it is impossible to put into words how hard it was to live with the feeling of not being able to do so. "I always thought that probably we would have a life long enough so that one day we would be able to see our homeland. But given the age of my parents, I had a hard time imagining this. All praise to Allah!" 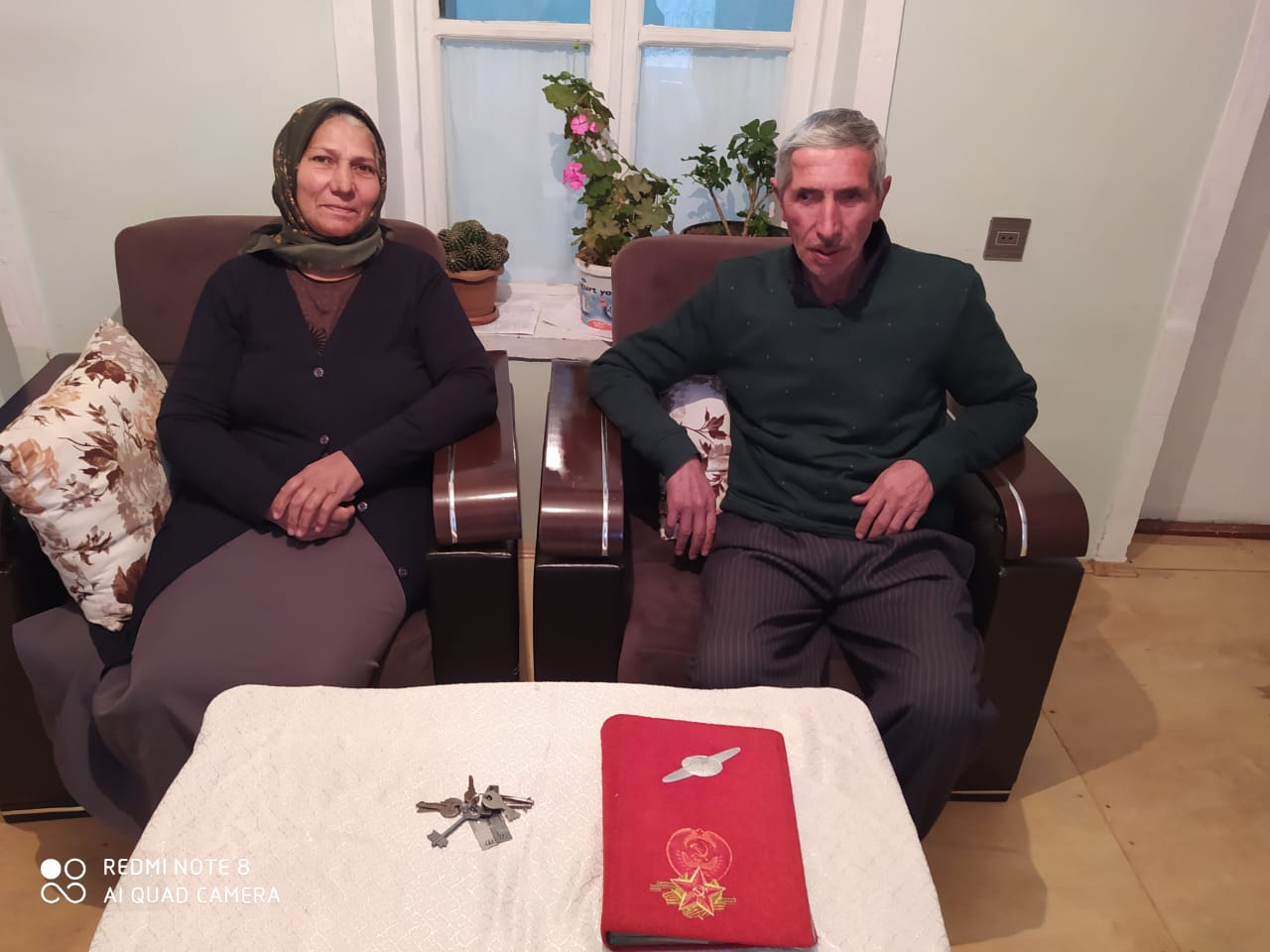 Verdiyev recalled that at first, he hardly believed the news on the return of his motherland after nearly 30 years of the Armenian occupation. "Such news came out time to time in 27 years, and there was even a war lasting for several days. I thought it was one of those wars and one of these inaccurate news. But after our victorious army seized the heights of Sugovushan and Murovdag, I was convinced that this time, it was different," he said, adding his happiness had no bounds.

Sugovushan and Murovdag were among the first territories liberated by the Azerbaijani Armed Forces since a fresh conflict erupted on Sept. 27.

Verdiyev noted that Murovdag has a "special place" in his memory. "Because when Kalbajar was occupied, we came to the city of Ganja [the second most populated city of Azerbaijan], passing the snowy and stormy days in the heights of the Murovdag [mountain range]," he said.

The Murovdag is the highest mountain range in the Lesser Caucasus. The range is about 70 kilometers (43 miles) long, with its highest peak at 3,724 meters (12,218 feet).

"I know that the other side of Murovdag is our homeland. Murovdag is the smell and the breath of Kalbajar for us, the people of Kalbajar. Before their deaths, many people from Kalbajar bequeathed to be buried near the Murovdag. Several of our poets were also buried at the foothills of this mountain range based on their last wills," he said.

He emphasized that Azerbaijan owes the victory to the heroism of its soldiers, adding the national unity of his people and the existence of political will were the main sources of the victory. "The national unity at such a high level is a source of pride!"

Verdiyev said his family kept and doted on the keys of their house in Kalbajar since leaving their home. 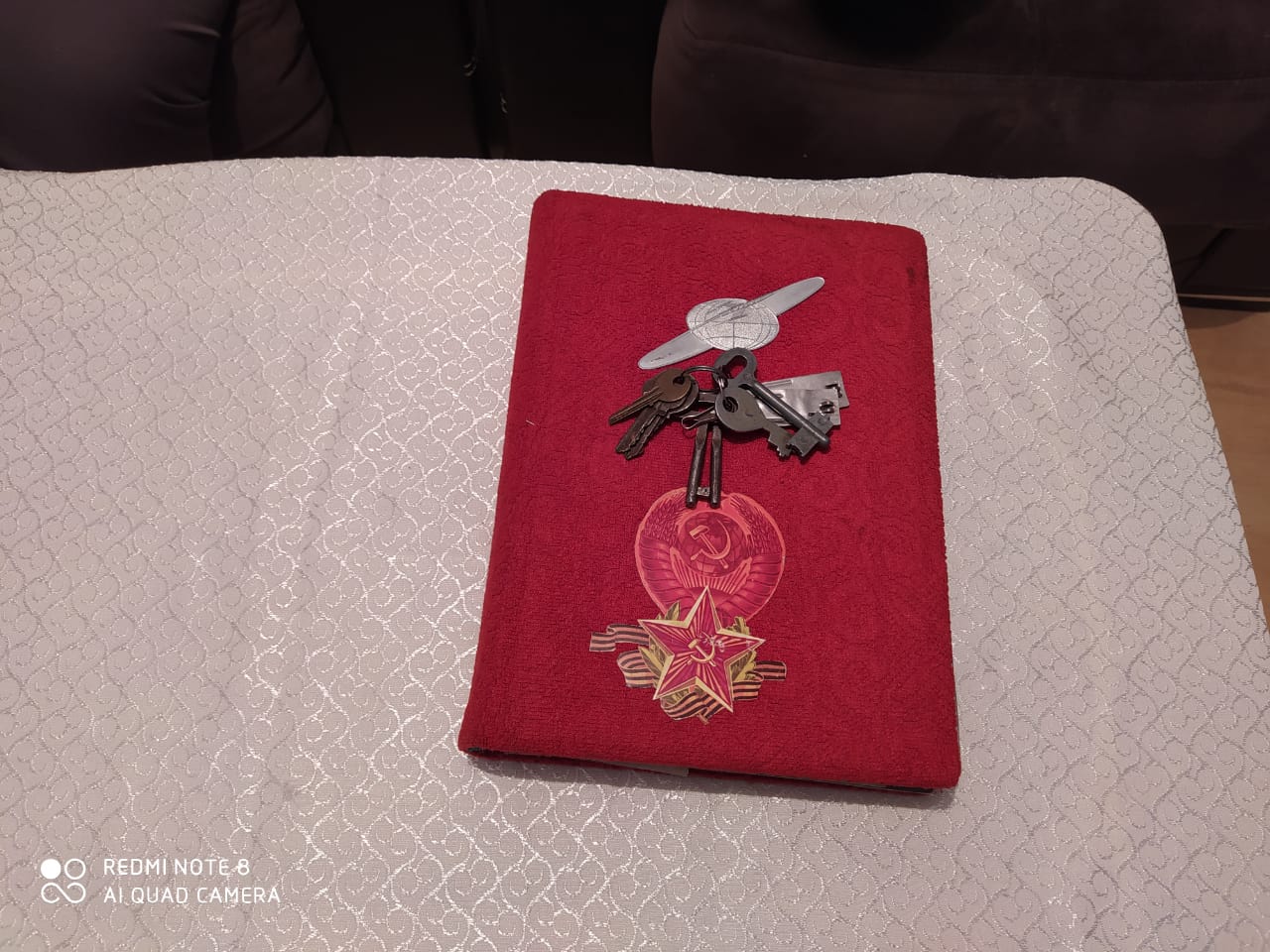 "Those keys are a symbol of our hope. For all years after leaving Kalbajar, my parents lived with the thought that we would go back one day. For this reason, they bought neither land nor a house anywhere [in another part of Azerbaijan] with the desire to settle there permanently," he added. He went on to say that the house his family lived in after leaving Kalbajar was also near the front line in Azerbaijan’s northwestern region of Goranboy.

Noting that part of that house was destroyed by artillery shells of the Armenian forces, he said it has never been restored or repaired for over 20 years with the thought that the family will return to its own home, knowing that it was their temporary shelter until their own lands were liberated.

"After coming from Kalbajar, we had compatriots who somehow managed to secretly go to Kalbajar and even filmed the area. The videotape used to be borrowed and watched every night with nostalgia by families in our neighborhood," he said. "In one of those videos, we noticed that our house had been completely destroyed. But my parents still kept those keys. These keys are the only thing left of our house. That is why they are very precious to us."

Verdiyev said it was very difficult to watch footage on social media showing how Armenians were destroying everything -- burning houses, cutting down trees, setting fire to forests in order not to pass them to Azerbaijani people -- ahead of leaving the occupied lands. "Armenians, skilled in falsifying history, revealed their essence with these actions. A person can never destroy their own native things in that way," he said.

He highlighted that like his parents, many of his compatriots locked the doors of their homes and took their keys with them, knowing they would return one day. "They did so because they knew they inherited these lands, those houses from their ancestors."

Around 60,000 Azerbaijanis living in the region when it was occupied were forced to abandon their homes and were scattered to various regions of Azerbaijan. Yerevan also brought Armenians to Kalbajar -- where no Armenians had been living there before -- and settled them illegally in the region.

At midnight on November 25, 2020, units of the Azerbaijani army entered the Kelbajar region following a Russia-brokered cease-fire agreement signed between Baku and Yerevan on Nov. 10