This year, the Azerbaijani government will spend $1.5 billion on the restoration of the territories liberated from the Armenian occupation. In addition to agriculture and the mining industry, it is planned to develop tourism in the region. However, while many areas have not yet been cleared there, U.S. political analyst Peter Tase is giving a tour of other Azerbaijani regions for Eurasia Review.

"Azerbaijan is both European and Asian at the same time.  Azerbaijan’s importance is much greater than its small [territorial] size," Polish historian, specialist on the history of South Caucasus and Azerbaijan, professor Tadeusz Swietochowski said. Azerbaijan is a cradle of civilization, home of Gülüstan Monument, Noah’s Mausoleum and of Momine Khatun Mausoleum. The ‘Land of Fire’ has become a special place where visitors appreciate unique urban developments, a synergy of western and eastern architecture, natural beauty and impressive hospitality in Azerbaijan’s oldest cities, carpet museums while tasting some of the traditional wine of Kurdamir and the creamy goat cheese of Jalilabad. While sitting in front of the statue of Sabir in Baku, a highly courageous XIX century Azerbaijani poet; it is impossible not to write about some of the historic landmarks, cities and districts that reflect a deeply rooted multiculturalism environment and impeccable Architecture in the Azerbaijani society.

The historic city of Ganja is the second largest urban metropolis of Azerbaijan; it is the capital of poetry and lyrics in Eurasia. Ganja is the birthplace of Nizami Ganjavi (the icon of Azerbaijani multiculturalism and religious tolerance); Meskheti Ganjavi (the most important lyrical poet of antiquity); Hasan Mashadi Huseyn oghlu Aghayev (the Deputy Speaker of National Assembly of Azerbaijan Democratic Republic) and Nigar Khudadat qizi Rafibeyli (a distinguished Azerbaijani writer). 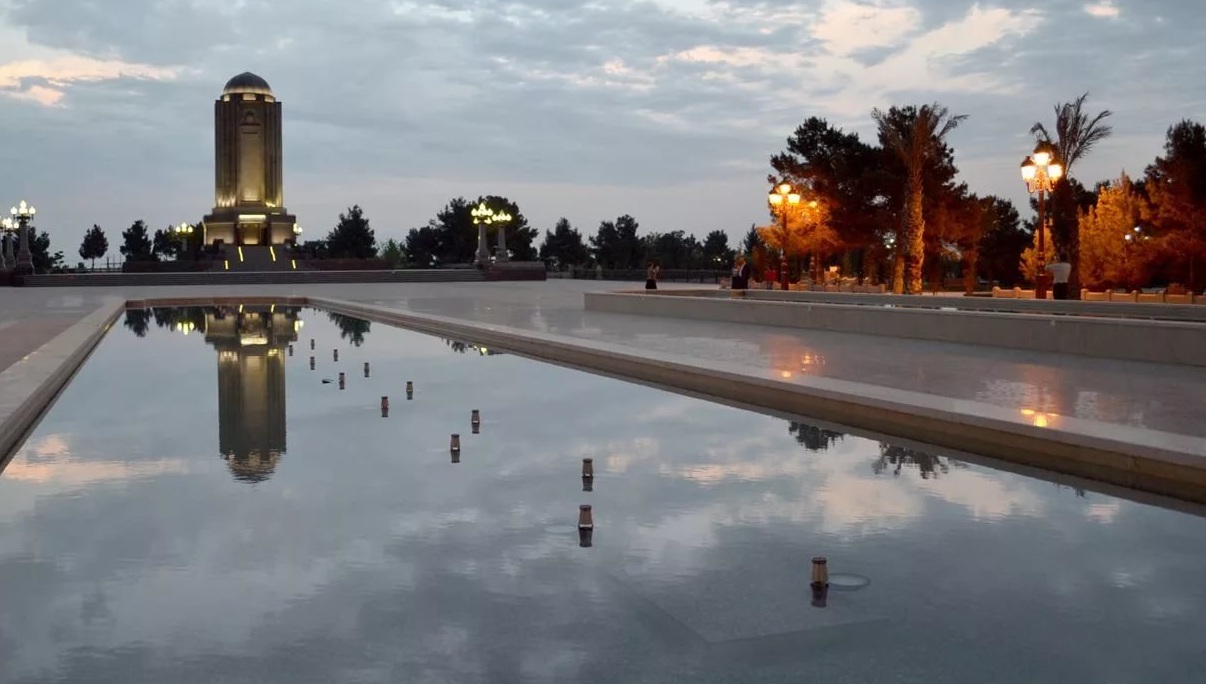 Ahmed Razi, a XV century Persian geographer would write the following about Ganja: “I have not seen a place such as Ganja anywhere else in the world. It has always a fresh look and an attractive musky scent.  Its water is rosewater and its land is equal to saffron.” The advent of Islam and its powerful influence in the architecture, visual arts and literature have made Ganja a special town, a genuine tourist destination, where the Sasanian Empire of Iran and Eastern Mediterranean World have concocted with Islamic Culture certain salient historic and architectural landscapes that were inspired by the predominant faith in the region. Moreover, the architecture environment of Ganja, shaped by religious and contemporary monuments; the Juma Mosque of Ganja, Six Large Ancient Gates of Ganja, Ganja Regional Scientific Center, Ganja Central Mosque paired with the striking natural beauty of  Goygol Lake.

Tourists will find comfortable accommodations at the Ganja Hotel, one of the oldest destinations in the city.  This hotel is equipped with 45 comfortable rooms including: two VIP rooms, seven suites, five premium and 60 standard rooms.  The hotel has a top-level restaurant were special European and National cuisine have earned an international reputation.

The Kurdamir District, founded in 1930, has an extensive territory of steppes where a diverse animal habitat includes: wolves, foxes, jackals, pheasants, ducks and geese. The word ‘Kurdamir’ means “Kur” (in reference to Kura River) and “Damir” (Iron), this is a region (known in the earliest times as Shirvan Province) with deep historical roots of Azerbaijan (189 km north-west from Baku). Kurdamir has a majestic and a fertile soil; it has been a very attractive site for visitors with an emphasis on tourism of adventure. Summer in Kurdamir is hot and dry, it has a steppes’ climate, while it is located at the left banks of the Kur River. It is worth mentioning that the Vineyards of Kurdamir are very famous, it’s most famous grape vine is “Shirvanshahly”. Moreover, Kurdamir has earned a great reputation with its centuries’ old tradition of carpet-weaving, making “Shilyan” the most popular carpet in the world; that is woven in the village of Shilyan. Some of the most traditional plates are served at the “Garabag” Restaurant, only 5 km west of the city center.

Passing the Kura River banks, the visitor’s eyes will be enlivened by the beautiful landscape of Naftalan, with a worldwide reputation for its oil based medical treatments that have been carried out since the 1920s. More than two thousand research papers and books have proved the effectiveness of Naftalan’s natural resources of healing and treatment of many diseases.  According to Archaeological sources the city has been a major commercial center in the XI Century AD. Marco Polo has visited Naftalan while its oil has garnered a special reputation from the Near East all the way to China and India. In the early 1900s a German company was established to export Naftalan’s oil to Europe. Further research on the oil of Naftalan is currently taking place at the Azerbaijan Medical University and the National Arthritis Center. Today, the number of hotels and resorts in this region has grown thanks to the dynamic tourism policy. 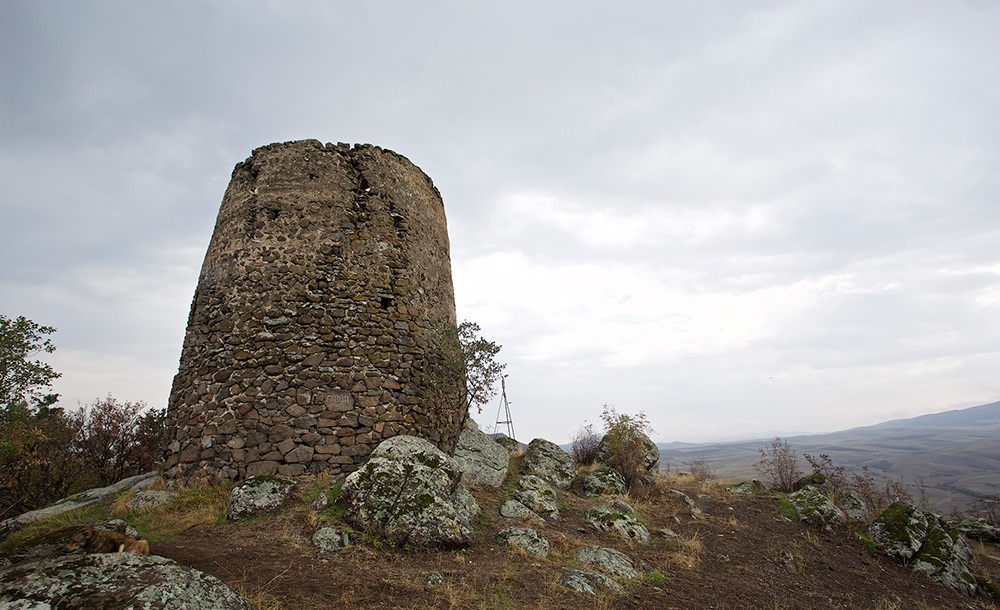 The City of Gazakh is a special place where visitors will appreciate listening to traditional Azerbaijani songs. Only a few years ago Gazakh was established as the capital city of Azerbaijani Folklore. The City of Gazakh was founded in the VIII Century by a Military Commander Marvan ibn Mahammad. Documents written in the IX – X centuries make a reference to Gazakh that the city had existed 1,270 years ago. In late XV Century, Gazakh Sultanate was established and it included Garabag beylerbeyi, under the rule ofthe Safavid Dynasty. The District of Gazakh is also known for its carpets; they are absolutely beautiful and certainly decorate the royal palaces of Norway and Denmark. The designs and patters of these carpets are included in the paintings of famous Italian renaissance artists, including: Pinturicchio, Carlo Crivelli and Domenico di Bartolo and in the works of Dutch painter Jan van Eyk.  The carpets of Gazakh are exhibited in major museums around the world, the Hermitage, the New York Metropolitan Museum, the Berlin Museum of Art, the Budapest Museum of Decorative Arts and many others. 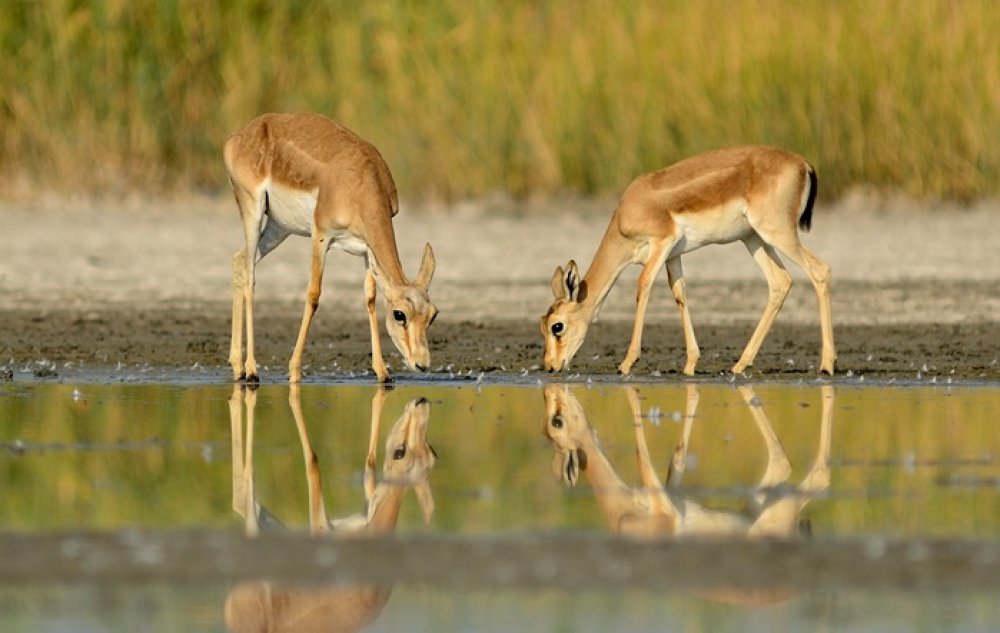 While going further south the nature becomes brighter and more colorful; the steppes of Salyan District have many interesting attractions.  The district is home to the Shirvan National Park which is inhabited by 20,000 gazelles and many other rare mammals. Next along the way is Bilasuvar with its ancient fortress of Shahriyar.

Tthe district of Jalilabad is very famous for its organic cheeses and wines. The district of Masally has an abounding land with springs of fresh and healing waters.  The well-known resort Istisu (“hot water”) will persuade international visitors to fall in love with Masally District of Azerbaijan.  Not far from here is Lankaran, Azerbaijan’s “fruit capital”. Special climate conditions provide to the locals the opportunity to grow subtropical crops such as tangerines, persimmons, pineapples, guavas and lemons.  In Lankaran District there are also located the famous plantations of tea that have no difference in quality and flavor from classical Indian or British brands.  Lankaran lands were part of the ancient Atropatena, the surroundings of Lankaran are ideal for those who want to go back in time, as it is the only place in the world, where tourists will visit forests that have taken shape 13 million years ago. 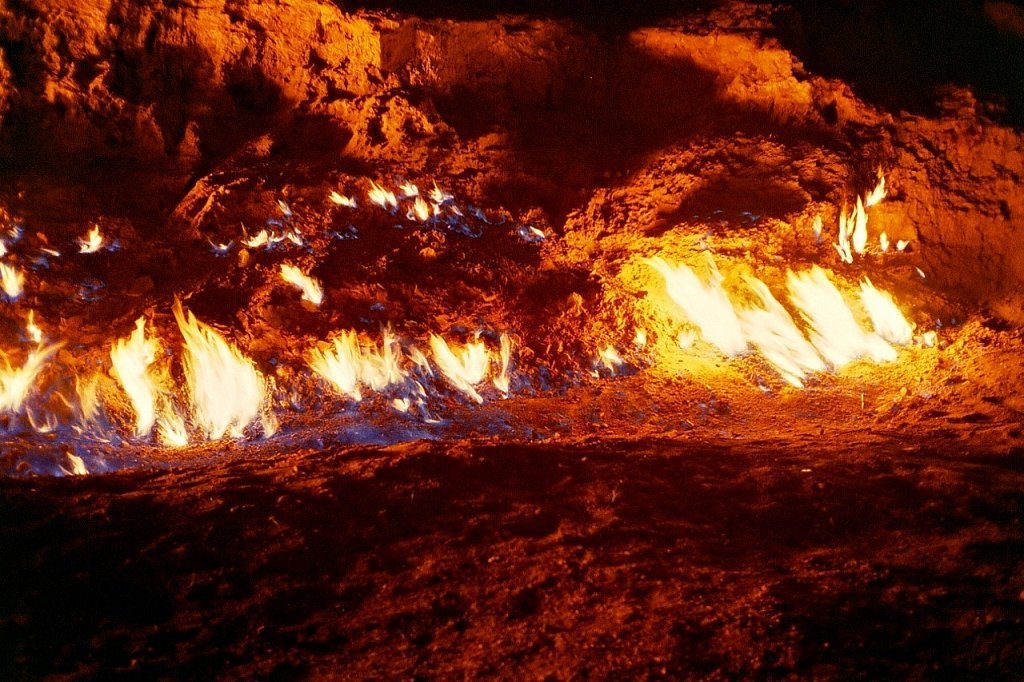 Nearby Lankaran there are many natural attractions: Yanar – Bulag (Burning Water), Yanardag (Burning Mountain) and Lake Vilash.  The fantastic iron trees, chestnut oaks, the Caucasian hornbeams, alders, figs, boxwoods, ferns – make this district a special place where more than a thousand species of unique plants have been growing for centuries.

Lerik District, a land of centenarians, is located only 40 km from Lankaran. It is home to fifty people who have crossed the century old age.  Scientists explain this phenomenon by unique conditions provided by the Caucasian highlands.  As a matter of fact, in Lerik there is also a museum of those who lived for over a hundred years, where the guides will mention the local shepherd Shirali Muslumov who lived for 168 years.

Each cultural and natural domain in these districts of Azerbaijan represents unique pictorial languages, cultural peculiarities and architectural masterpieces. In Azerbaijan, tourists will experience a reflection of a wealth of literary works including those of Nizami Ganjavi, Hafiz and Sa’di, who have provided a tremendous symbolic expression of Azerbaijani multiculturalism and culture.