Shish kebab has long been considered an all-Russian dish, and we all look forward to the day when self-isolation is over, and each family will fry meat in the fresh air in some picturesque place. This article tells how shashlyk became so popular in Russia.

Cooking on an open fire is the oldest way to cook, however, the Caucasus is still considered the birthplace of shashlyk. Highlanders adore shish kebab; Georgians call it Mtsvadi, Azerbaijanis - Shishlik, or Kabab.

The ‘shish kebab’ word is of Azerbaijani, Turkic origin (”shish" - skewer; shishlik - meat on a skewer). If Georgians are famous for pork kebabs, then Azerbaijanis are experts in cooking lamb shashlyk. Every resident or guest of the Russian capital can experience it for himself by trying lamb shish kebab in an Azerbaijani restaurant, for example, in the Baku Boulevard network. Here, Azerbaijani chief creates a miracle similar to the Italian pizza baked in a wood-burning oven. 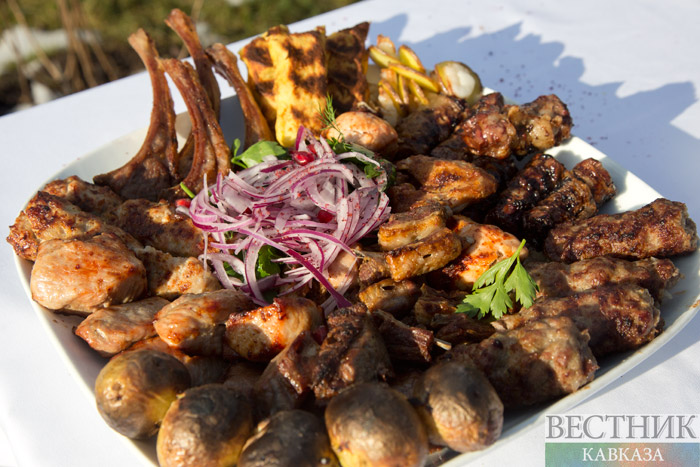 Recently, coal-fried meat became an invariable summer dish for residents of Central Russia, where it used to be more often prepared in pots. The accession of shashlyk was due to the Azerbaijani and Georgian cuisines. Baku and Tbilisi, by their importance and attendance, were on a par with Moscow, Leningrad, Kiev and Minsk. They had an indisputable influence on the formation of the Soviet cuisine, combining the national dishes of all the USSR republics.

Today, people usually blame Soviet cuisine for a limited number of ingredients and a simplified cooking recipes adapted for pretty hard times. Nevertheless, the Soviet Union collapsed three decades ago, and the cuisine of the peoples of the USSR is still popular in simple dining rooms, expensive restaurants and housewives.

Culinary experts claim shashlyk became a popular dish after the Great Patriotic War and before Stalin's death, who was extremely fond of both the dish itself and the cooking ritual, which invariably includes the preparation of meat, marinade and lightning the fire. At different times Stalin lived in the multinational Baku and Tiflis, where Azerbaijanis cooked their famous mutton barbecue. The Leader of the Nations fell in love with shashlyk and became the main propagandist of mutton barbecue in the Kremlin. 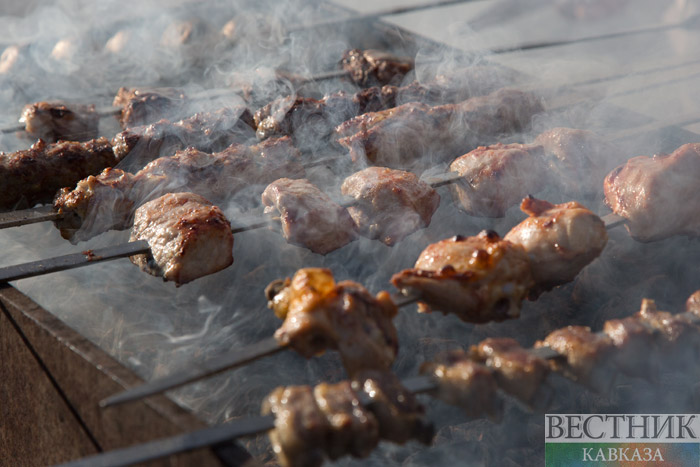 Stalin's personal security officer Grigory Pushkarev, who spoke a lot about the Leader of the Nations after the collapse of the USSR, testified: “Sometimes Stalin invited two aksakals - his old friends - to lake Ritsa. The men were eighty years old, but still very strong. They were brought to Ritsa in the Willys MB.  Aksakals always took a young lamb with them to prepare shashlyk for Stalin. He was very respectful of the elders. I remember, once, when they arrived, Joseph Vissarionovich personally went out to meet them, hugged each, kissed. Then he went back to the house, and the aksakals got to work: one was butchering the lamb, and the second was lightning the fire. When shashlyk was ready, Iosif Vissarionovich was invited to dinner with Georgian wine in a gazebo. After dinner, until midnight, Stalin was singing songs with aksakals. Nappy old men were brought back home, and Joseph Vissarionovich went to sleep. Free guards finished shashlyk and wine.”

On the Internet, you can find a recipe of a shashlyk from a two-week-old lamb cut in the presence of a vet. The recipe was allegedly shared by the NKVD officer, who prepared kebabs for Stalin and his guests in the postwar years, Pavel Rusishvili. “Once I had to cook this dish for the reception, which Stalin arranged in honor of Churchill during his visit to Moscow in 1942. Moscow was bombed then, and Churchill was asked where it would be better to arrange a reception for him - in Moscow or out of the city. He answered cunningly: "I am not the master here. Wherever Stalin wants, we’ll meet there. Stalin gave instructions to arrange the reception in St Catherine’s Hall. The cook who was supposed to cook the kebab got sick, and I was told - Pavlik, just do it. Churchill liked shashlyk. Such lamb kebab melts in your mouth like butter, there are aroma, taste and juice in it. He even conveyed his gratitude. When Stalin received guests at the Kuntsevo Dacha, barbecue at their arrival was cooked directly in the fireplace on cupronickel skewers. They say that Stalin sometimes intervened in the process, saying: "You do not know how to cook! That's how it should be! " Rusishvili said. 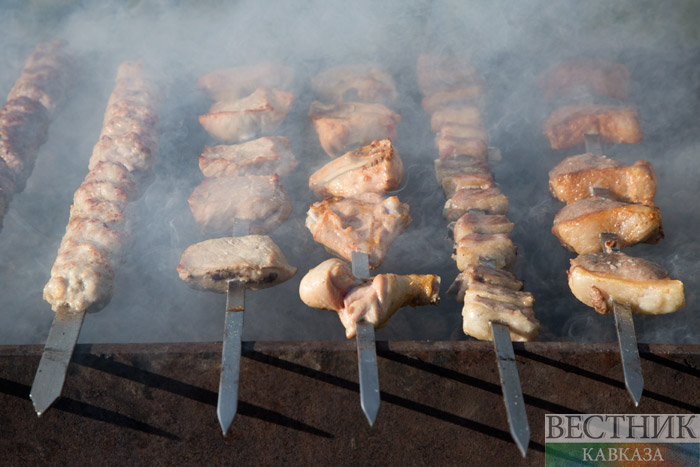 Indeed, there is much evidence that Stalin, maybe, did not cook kebab by himself, but liked to give orders during the process. "Stalin stood by the barbecue furnace, not trusting this important operation to anyone, and gave us the necessary instructions. One brought firewood, the other one - iron rods. The third person skewered the meat, the forth laid the table,” the guard of the Leader of the Nations, Anatoly Rybin, said.

Soon, we all master shashlyk outdoors, but only after the pandemic is over. Probably, the reason for the "kebab" holiday will be a victory over the coronavirus. This day is sure to come, thanks to the efforts of scientists, doctors who are selflessly working to solve the world problem. In the meantime, we should remain patient and observe the elementary requirements of social distancing and hygiene.