Technology is helping to rebuild war-torn regions of Azerbaijan

Conflict-hit regions of Azerbaijan are undergoing extensive reconstruction and revitalization, with plans for green, digitally-connected smart cities offering a better way of life to citizens. Now, as Azerbaijan tries to gradually rebuild the battle-hit land, authorities hope technology can play a central role in encouraging citizens back to the region through the creation of smart cities and villages offering a better way of life, ZDnet writes.

According to urban planning expert and associate professor at the ADA University in Baku, Anar Valiyev, building new communities underpinned by digital amenities will not only make the region more attractive for those looking to return, but also for those who have remained in the region throughout the conflict. "Another reason is the signal that the government wants to send to the overall population about the way that authorities will operate in the region, which will be completely different, much more efficient, more effective, and equity-based," Valiyev tells ZDNet.

An initial planning period will be followed by a pilot project that will see a number of 'smart villages' -- designated Aghaly-1, Aghaly-2 and Aghaly-3 -- built in the Zangilan region of Nagorno-Karabakh. Here, more than 200 houses will be built using innovative building materials like recycled steel and precast concrete, and connected to smart electricity, gas and waste management utilities.

The first phase of the pilot was launched in February 2021. "The project itself will consist mainly of five components – housing, manufacturing, social services, smart agriculture, and alternative energy," Azerbaijan's agriculture minister, Inam Karimov, said in a statement to ZDNet. "Alternative energy sources will be used for all residential buildings, social facilities, office buildings, catering, processing and production of agricultural products." Building new, digitally-enabled communities will also serve to bridge the divide between Azerbaijan's capital of Baku and other urban and rural areas.

According to the Baku Research Institute, there is currently a 20-percentage point gap between rural and urban households in fixed internet penetration, mainly because of shortages in fixed infrastructure and lower levels of digital literacy in rural areas. 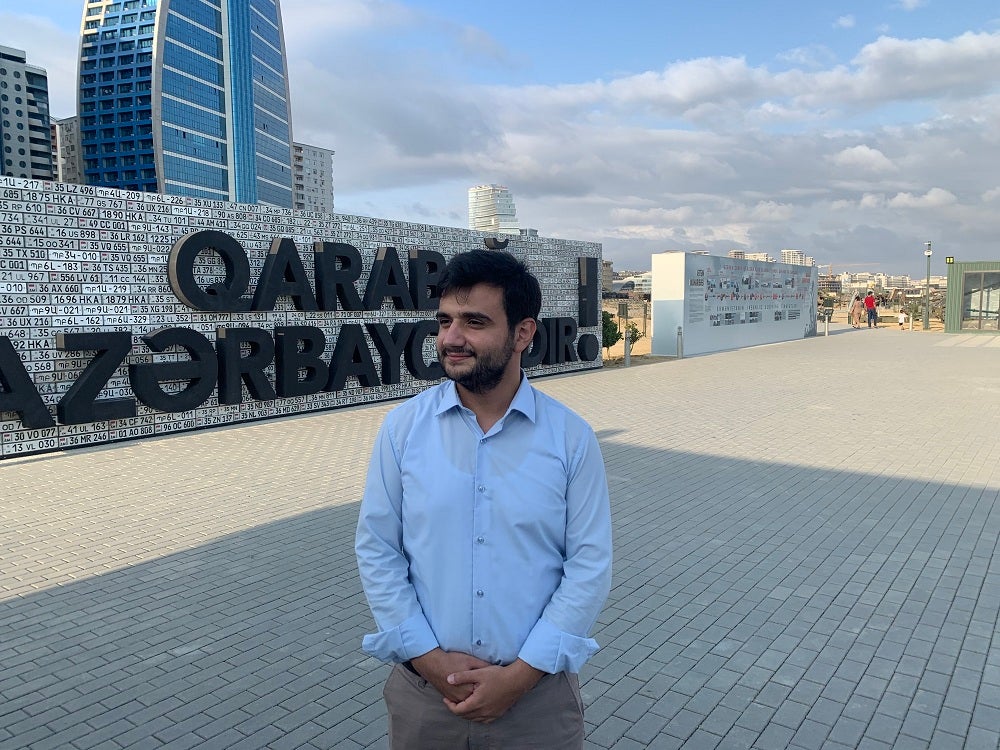 Such projects could also tempt young Azerbaijanis to move to the Nagorno-Karabakh region in search of new opportunities. Twenty-six-year-old Eldar Hamza is one of them.  During the first Nagorno-Karabakh conflict, Hamza's family was displaced from the town of Fizouli, which had a population of around 17,000 before the war but became a ghost town after its population fled. With the town now back under Azerbaijani control, Hamza, who is working as a tour operator in Baku, says that he would be ready to return. "When we saw the government plans for the cities, the new buildings and the smart villages, this was very exciting for the younger population," he tells ZDNet.  "I also believe that if there are options for big companies to transfer workers to the region, then most of them will come back to live here."

The nearby city of Agdam is also being rebuilt. Before the conflict, the city had a population of nearly 30,000. Now, like Fizouli, it is practically deserted.  Azerbaijani authorities immediately started planning Agdam's reconstruction after the conflict ended in November 2020. According to plans, it will be the fourth largest city in Azerbaijan once completed, with a population of 100,000 – though things are still in a very early stage.

"We are at the planning stage and now we are conceptualizing various sites," Emin Huseynov, Azerbaijani economist and special representative in Agdam district, tells ZDNet. "However, the most important [part] is the basic infrastructure that is being done now. When it is in place, we will start building the city."

The development of smart cities is likely to be a boon for Azerbaijan's ICT industry, which is at its beginnings in the country and its oil-oriented economy.  In 2016, ICT was one of 11 economic sectors that Azerbaijani authorities identified to be of strategic importance for the country. The country has now adopted a strategic roadmap for its development; however, according to a report from the IPHR and the Azerbaijan Internet Watch, in 2020 the ICT sector made up only 1.6% of Azerbaijan's total GDP.

"I think that the ICT sector will develop faster because the development of the smart cities also requires a faster development of information technologies," Valiyev tells ZDNet, who adds that many young people in the country are beginning to take up IT-related subjects like computer science and systems engineering.

There is also a significant interest in IT and agriculture. Dmitry Andrianov, founder of Baku-based tech magazine InfoCity, says the development of smart cities and smart villages in the liberated territories of Karabakh should prove as an incentive for the further development of Azerbaijan's tech sector, pointing to the growth of fledgling IoT startup Sumaks and agritech startup, Kibrit. "This all contributes to the creation of a sustainable demand for young IT professionals," Andrianov says.