"To Khojaly" by Abuzar Manafzade

Writers, poets and composers devoted many works to the events in the Azerbaijani city of Khojaly in 1992, when 613 civilians were killed by Armenian nationalists, 487 people were critically injured, while more than 150 people, including women and children, remain missing to date. One of the most heart-wrenching works about the Khojaly tragedy was Abuzar Manafzade's music.

Manafzade, composer, pianist and conductor, laureate of international competitions, is the first Azerbaijani graduating from the conductor's department of the University of Music and Performing Arts of Vienna, one of the world's most renowned music universities, at the same time earning a master's degree in piano at Anton Bruckner Private University in the city of Linz. 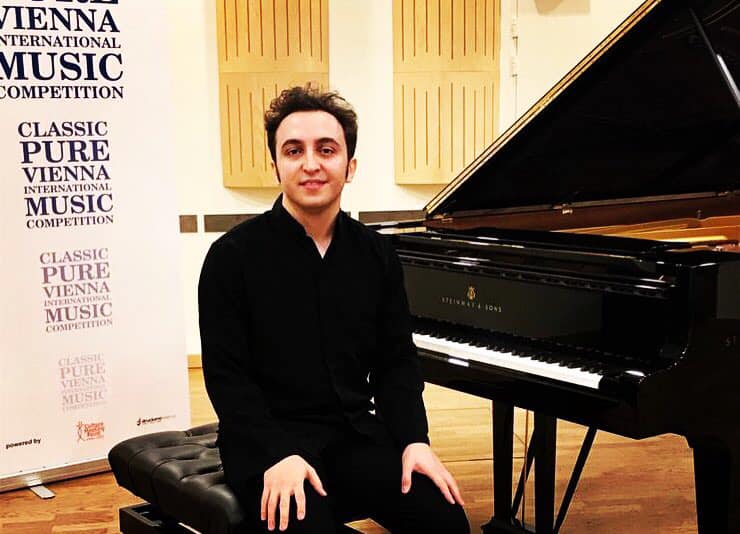 Manafzade's music takes us almost three decades ago, when the Armenian nationalists, with the support of the 366th motorized rifle regiment, attacked Khojaly, encircled the town and after a powerful artillery bombardment captured it destroyed and burst into fire. In one night Khojaly was razed to the ground. Locals, saving themselves from dying, were forced to flee to the mountains. Unarmed people were shot. Children and the elderly froze in the mountains, many went missing. It was real genocide, carried out with particular cruelty. Many of the victims were burned alive, heads of some people were chopped off, eyes were gouged out, and their ears were cut off. Traces of violence were found on the bodies of pregnant women. No matter how many years have passed, it is impossible to close this tragic page.

The culprits of the genocide against the Azerbaijani people in Khojaly, not only have they not been punished, but later occupied high positions.

The memories of the Khojaly events is important not only for Azerbaijan, but for the whole world. The peoples must know the consequences of frenzied nationalism and intolerance. The executive and legislative bodies of 22 U.S. states, the parliaments of Scotland, Jordan, the Czech Republic, Slovenia, Serbia, Romania, Bosnia and Herzegovina, Paraguay, Mexico, Pakistan, Peru, Colombia, Panama, Honduras, Sudan, Guatemala, and the Organization of Islamic Cooperation recognized the Khojaly tragedy as genocide and condemned it.

Despite the occupation and the presence of more than a million IDPs, Azerbaijan is committed to a peaceful resolution to the conflict. Ending the occupation and returning Azerbaijanis to their homes could be a decisive factor in creating mutual trust between the parties to the conflict, but most importantly, such tragedies should never be repeated, that monstrous acts of genocide and extermination on ethnic grounds would never be committed against any people.