Tokyo 2020: guide to the Olympic venues

The 2020 Summer Olympics is scheduled to be held from 23 July to 8 August 2021 in Tokyo, Japan. Originally scheduled to take place from 24 July to 9 August 2020, the event was postponed in March 2020 as a result of the COVID-19 pandemic, and will be held largely behind closed doors with no public spectators permitted under the state of emergency. Despite being rescheduled for 2021, the event retains the Tokyo 2020 name for marketing and branding purposes.

The Guardian presents guide to the venues for the Olympics in Tokyo.

The US$1.4bn Olympic stadium, called koku-ritsu or “national” by locals, is a building of its time. Some 70,000 cubic feet of forest-certified wood – mainly cedar – from each of the 47 Japanese prefectures were deliberately used in the design eliminating the need for imported timber which would have had a greater environmental impact. The Olympic cauldron will come to light using hydrogen at the opening ceremony 23 July, offsetting carbon emissions. The roof’s giant glass-like solar panels will fuel electricity, and rain water from the roof and pavements will be collected in underground tanks and irrigate the turf on the stadium’s playing fields which will be used for the Game’s athletics and football events. The 68,000-seat building, erected on the same site as the main stadium when Tokyo last hosted the Games in 1964, may go down in Olympic history as one of the greenest ever. Its Japanese architect Kengo Kuma, known for his use of natural materials, said when the building was finished in November 2019: “The Olympics always becomes a symbol for the era, so we wanted to create something that captures the people’s thoughts on the environment or the Earth at the time.” 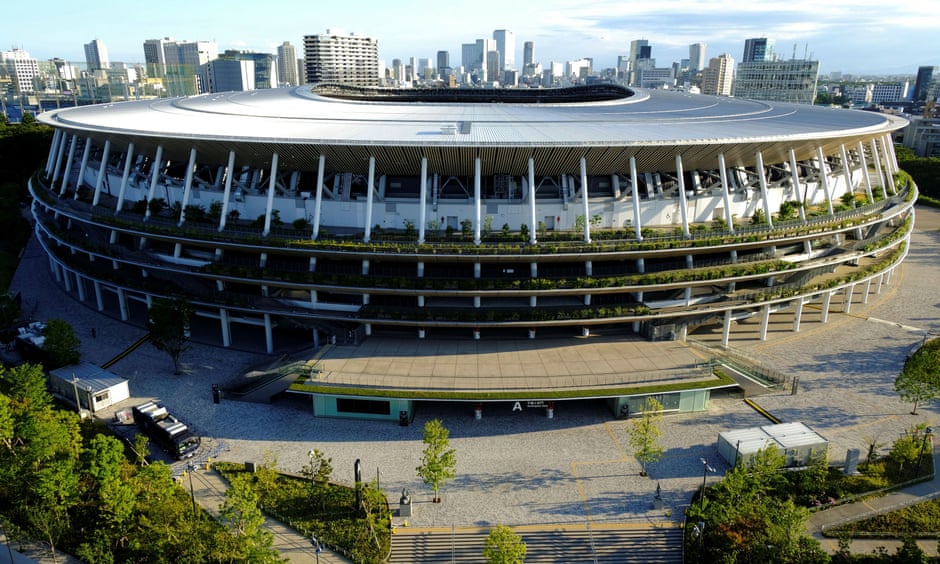 Spectators can expect to see records broken when swimmers take the plunge at the Tokyo Aquatics Centre. Test swimmers who have already tried out the water in the 10-lane pool report it is a fast course – music to the ears of GB breaststroke champion Adam Peaty and others who will be hoping to leave Tokyo with new Olympic and world records. The building is one of eight new venues built especially for the 2020 Games but was the last to be completed because of delays caused by the pandemic; it was finally opened in October last year seven months behind schedule. The 15,000 capacity building – whose ceiling design is based on traditional Japanese origami – will host the swimming, diving and artistic swimming events. It has movable walls and floors so that length and depth can be adjusted in both the main pool and the warm-up pool. The water temperature is maintained by a geothermal pump – reflecting the green credentials which have become the hallmark of these Games. When the Olympics is over the pool will continue to be used for national and international competition but it will also be open to the public as part of the Games’ legacy. 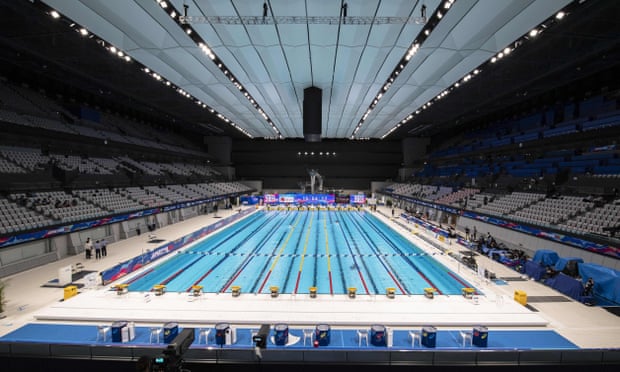 The US$188m Ariake Gymnastics Centre continues the wood theme which dominates the Games’ main stadium. Designers have again used wood to showcase traditional historic Japanese building techniques and the area surrounding the new temporary building was originally devoted to timber storage. The venue has used 2,300 cubic metres of Japanese wood – mainly cedar and larch – to create what has been described as “a wooden bowl floating in the bay area” of the city. Organisers claim the venue boasts one of the largest timber roofs in the world, with the 30-metre-wide structure built from larch wood from the Nagano and Hokkaido prefectures. The venue’s general manager Koichi Fukui said when the centre was opened: “We’re using a lot of wood. We can smell wood and feel the warmth of wood.”

The venue, which is set to host artistic, rhythmic and trampoline gymnastics competitions during the Games and is only a five-minute drive from the Olympic Village, can accommodate 12,000 spectators on custom-made wooden benches. After the Games the site is expected to be turned into an exhibition centre although there are also reports that it could become a sporting arena. There are also plans for the wooden benches to be repurposed for use in Japanese schools as part of the Game’s legacy. 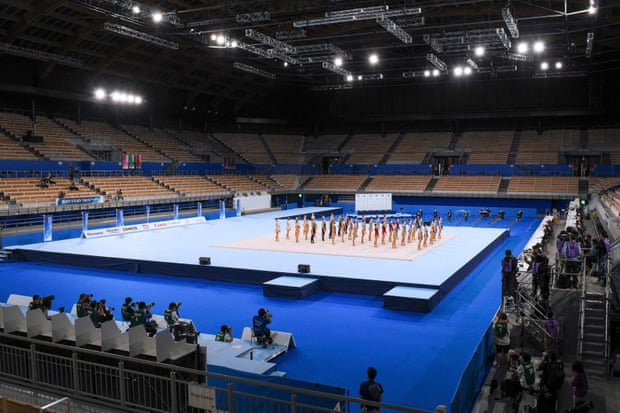 The Beatles were the first group to perform here in the summer of 1966. A decade later Muhammad Ali took on Japanese pro wrestling legend Antonio Inoki at the same venue and three years later Bob Dylan was there to record his classic album, Live at Budokan 1979. But this July the some-time music and wrestling arena returns to its martial arts roots to host the first-ever Olympic karate events as well as judo which made its Games debut there in 1964.

The 11,000-seat Nippon Budokan – which means Japan Martial Arts Hall in English – was built especially to house the judo events at the 1964 Games. Today the venue remains the spiritual home of Japanese martial arts. The arena was declared “event ready” when it hosted the Judo world championships in 2019. And with Japan coming away as world judo champions – with France in second place – they must be strong favourites to medal again this summer. Japanese teenager Akira Sone who won in the women’s +78kg – beating Cuba’s two-time world champion and 2012 Olympic gold medallist Idalys Ortiz in the final, said: “To win gold here is very special. I’m going to take it step by step, but my final goal is gold in Tokyo.” 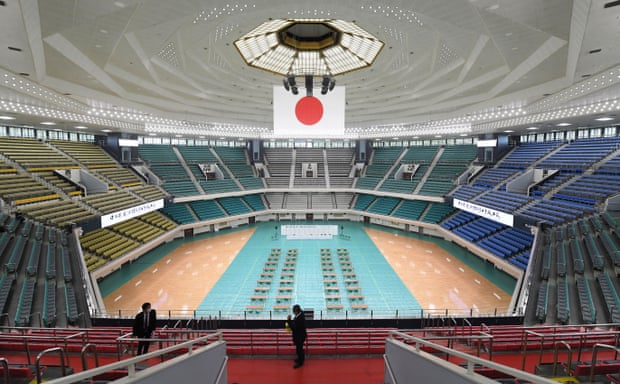 The attention of the world will be on the city of Fukushima on 21 July when the Fukushima Azuma Baseball Stadium hosts the first event of the Games with Japan taking on Australia in softball. A decade earlier the prefecture – 239 km from Tokyo – was hitting global headlines for other reasons. An earthquake measuring 9.0 on the Richter scale struck Japan’s north-east coast in March 2011, triggering a tsunami that killed more than 18,000 people. It also sparked a triple meltdown at the Fukushima Daiichi nuclear power plant that forced tens of thousands to evacuate. The meltdown was classified as Level 7 on the International Nuclear Event Scale, making it the worst nuclear accident since Chernobyl in 1986.

Olympic event organisers and the Japanese government hope hosting the Games’ baseball and softball events at the stadium will help show the world how far the worst-hit prefectures of Fukushima, Miyagi and Iwate have recovered in the last 10 years. International Olympic Committee president Thomas Bach and the then Japanese Prime Minister Shinzo Abe visited the stadium in 2018 and met young athletes who revealed that sport had helped them through the trauma. Bach told them: “Sport has helped you to overcome many challenges as well as giving you the opportunities to meet team-mates and friends. In the end, this is what sport is all about.” 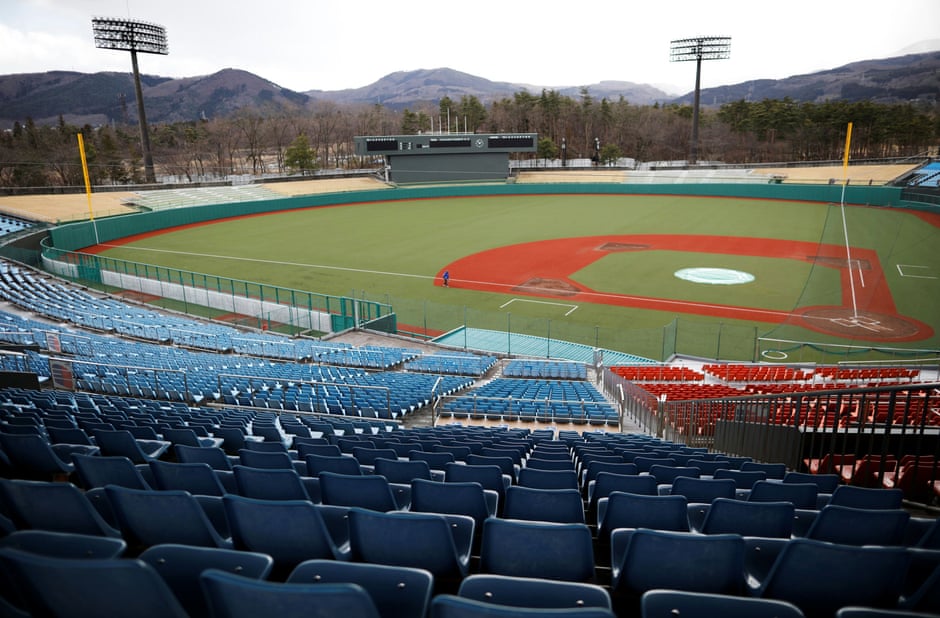 Skateboarding makes its Olympic debut at the Ariake Urban Sports Park. Two disciplines – street and park – will be showcased at the Games, each on a separate course. Park has its roots in the drained swimming pools that skaters first used in Venice Beach, Los Angeles when skateboarding first emerged. At Tokyo the athletes compete in a smooth dome-shaped bowl with steep curved inclines which allow skaters to reach massive heights and have the freedom to put together a run. Competitors are scored for the difficulty and the originality of their tricks and for maintaining good flow.

In street events, skaters take on a course made up of real-world obstacles such as stairs, rails, benches and slopes, similar to a typical urban skate park. Competing to a time limit, skaters can choose whatever route they want around the course and are judged on difficulty of the tricks, height, speed, originality, execution, and composition. Skateboarding is likely to become a regular feature on the Olympic calendar as it is already listed for the 2024 Games in Paris. Alongside skateboarding the Park will also be home to BMX freestyle – which makes its Olympic debut- and BMX racing.