Will Jeyhun Bayramov meet the Minsk Group in the US?

On September 20, the US Ambassador to Armenia Lynn Tracy made several statements during the broadcast of the Armenian public television that caused surprise among the Azerbaijani public and diplomatic circles, which then turned into persistent critics - both on the actions of the Ambassador and the post-conflict policy of the United States in the region as a whole, Caliber.az reports.

Tracy said that the conflict in Karabakh is not over, and “only a truce was reached” in November of 2020. Calling the 9-point Trilateral Statement a simple "truce" in itself is an indicator of the Ambassador's shocking diplomatic illiteracy. And it gets worse. Tracy stressed the importance of the “right of the people of Nagorno Karabakh” to self-determination and their special status. At the same time, the Ambassador did not consider it's necessary to outline the need to observe territorial integrity of Azerbaijan, highlighting the issue of "self-determination" in her speech. It seems that Tracy “slept through” 44 days of the 2020 war, and today she simply uses familiar terms of bygone days.

Baku viewed this American message from Yerevan unequivocally: statements like that show that the US Ambassador openly supports separatism, revanchism and fuels corresponding sentiments in Armenia, giving false hopes to the country's population, upset by last year's defeat.

At the same time, the United States itself hardly has moral highground to speak about its role in resolving the Karabakh conflict (and after the unbelievable military-diplomatic failure in Afghanistan - any conflicts at all). To see this, it's enough to look over the Americans' activity in the Karabakh track during 30 years of occupation. Washington's attitude to the conflict is characterized by the fact that middle-level diplomats were appointed as mediators, who didn't even have the right to speak in the OSCE Minsk Group. Let's remember the sensational revelation of the OSCE Minsk Group co-chair Richard Hoagland. According to him, when he retired after 30 years at the US State Department, he was asked to return to work as the interim US co-chair of the Minsk Group from January to September of 2017 due to the fact that the previous American co-chair unexpectedly retired... Hoagland himself admits that he had only general knowledge of ​​the post-Soviet conflict in Karabakh, and Russia had a deciding voice in the Minsk Group. What were the Americans doing at this time? “We stayed in five-star hotels, where we lived in executive suites, which gave us access to private dining room and full bar at no additional cost; ate at the best restaurants. But, frankly, very, very little has been achieved,” former co-chair of the OSCE Minsk Group recalls. Perhaps the most important revelation of the retired diplomat: all the co-chairs understood that the only option for resolving the conflict was... war!

And now the conflict has been resolved - exactly as the co-chairs expected - by war. And today, when it's clear to everyone in the region that this piece of land under temporary control of the Russian Ministry of Defense is politically and economically unviable entity with a five-year shelf life, the overseas partners have decided to suddenly revive the conflict. 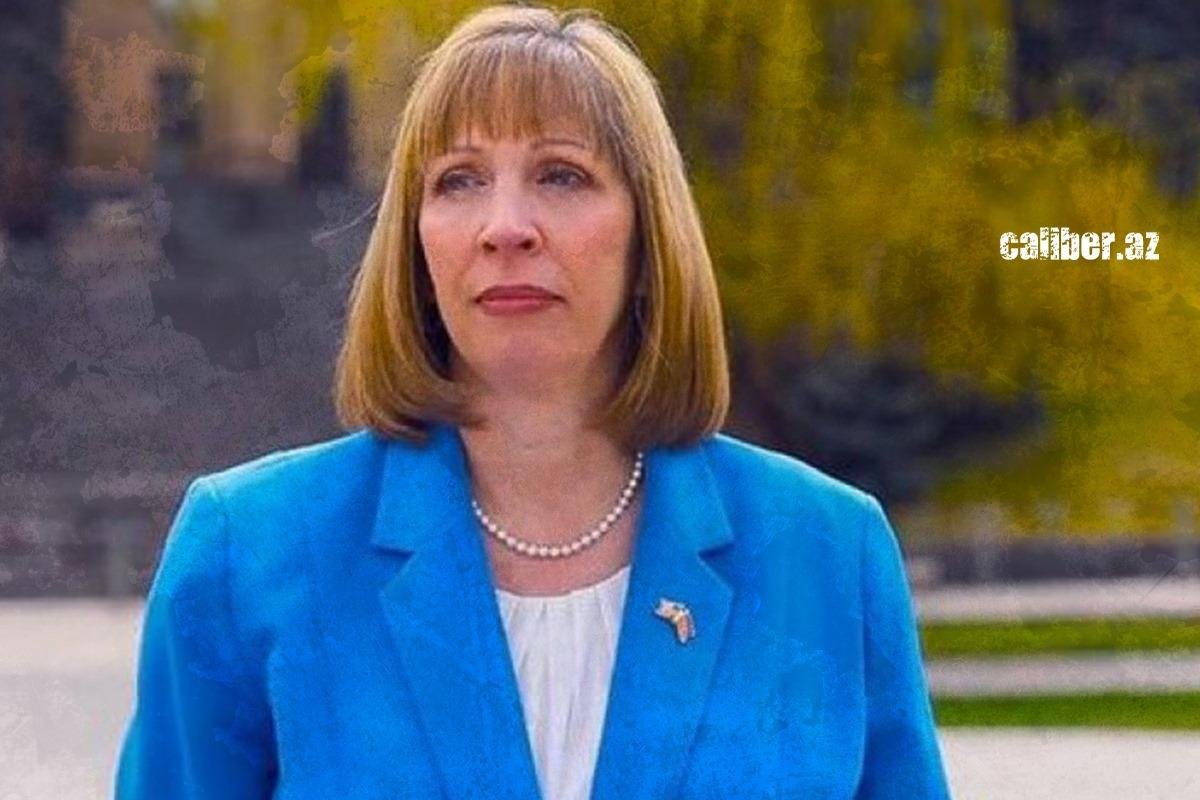 We can, of course, assume that Lynn Tracy acts under the influence of the Armenian lobby or from the standpoint of Christian solidarity. These factors are likely to have certain effect. But that would be an oversimplification of her position. Lynn Tracy is authorized to represent the United States, and this is not the first time she has voiced statements about "status". In response, our Foreign Ministry has already called these statements "unacceptable."

What's next? Our diplomacy must take clear and specific actions. There can be no other way when it comes to defending the national interests of the country. Today Azerbaijani Foreign Minister Jeyhun Bayramov is in the United States, where he participates in the 76th Session of the UN General Assembly. According to our information, Bayramov is also scheduled to meet with the Minsk Group co-chairs. We hope that after the repeated provocative statements made by Lynn Tracy, Foreign Minister Jeyhun Bayramov will refuse to participate in this imposed meeting with the co-chairs of the retired diplomats' club, represented by the OSCE Minsk Group. It's time to show our strength. We know that our diplomacy can achieve this.