Without Baku oil, the Soviet Union could not have defeated fascism

Celebrations of the 75th anniversary of the Victory in the Great Patriotic War ended, but they talk about those events not only on holidays. Participants in yesterday’s Russian-Azerbaijani online conference “Our Common Victory in the Great Patriotic War”, organized by the Institute for Political Studies, spoke about Azerbaijan’s contribution to the victory over fascism.

"Our common contribution and the contribution of the Azerbaijani people to the Victory cannot be overestimated. Now we live in different states, but our friendship and our family, family ties strengthen us and give an impetus to the development of both bilateral relations and interaction at various international platforms. Azerbaijan for us, it’s not just a partner, it’s really a brother. And in many ways our brotherhood is determined precisely by the Victory in the Great Patriotic War, which our peoples achieved together, ”said State Duma deputy Anton Morozov.

According to him, the State Duma highly appreciates the level of development of bilateral relations with Azerbaijan: “We hope that with the support of all parties represented in the State Duma and all deputies of the Mejlis of Azerbaijan, we will be able to develop an even more constructive agenda for the development of bilateral relations, based on of our kindred fraternal relations, laid as far back as 1945 on Victory Day. "

The chief consultant, scientific secretary in the archive of political documents for managing the affairs of the President of Azerbaijan, Hajar Verdiyeva, recalled that without the oil of the Soviet Union, the Soviet Union could not have defeated fascism: "This was how the dominant role of Baku oil during the Great Patriotic War was assessed by Marshals of the Soviet Union Georgy Zhukov, Konstantin Rokossovsky. It was Baku oil that was assigned the role of supplying parts of the Red Army, primarily tanks and aircraft. "Everything for the front, everything for the victory!" - under this motto lived of Azerbaijan. During the war years, more than 130 types of weapons and ammunition were produced in Baku. In the summer of 1942, production of rockets for the legendary Katyushas and Shpagin submachine guns began in Baku. Fighter planes and cocktails were manufactured at Baku aircraft plants. Molotov’s incendiary mixture invented by Azerbaijani scientist Yusif Mammadaliev." 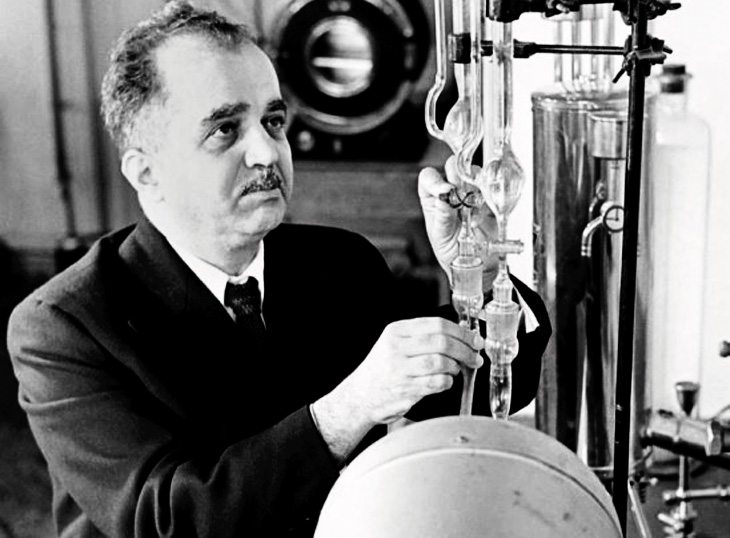 Hadzhar Verdieva also noted that “over 100 thousand Azerbaijani soldiers were awarded orders and medals of the USSR for courage and bravery. More than 100 of them were awarded the title of Heroes of the Soviet Union, among which there were twice Heroes of the Soviet Union Azi Aslanov, Hero of the Soviet Union Israfil Mammadov , Gafur Mammadov, Gerai Asadov. During the war, Azerbaijanis actively participated in the partisan movement, as well as in the anti-fascist movement in Europe. In the south of France alone there are more than a thousand Azerbaijanis and in Yugoslavia more than 600 Azerbaijanis in Wali against the Nazi invaders. Among them were Mehdi Huseynzade, the legendary Michael ruthlessly stifled Nazis. Also, hundreds of Azerbaijanis fought in the Italian anti-fascist movement. "

Hadzhar Verdieva also noted the prowess of the soldiers of the 77th, 223rd, 271st, 402nd, 416th national rifle divisions, held with battles from the Caucasus to Berlin: "These divisions were particularly distinguished in the battles for the Caucasus, destroying the Hitler operation Edelweiss, whose main goal was to seize Grozny and Baku oil, liberating Ukraine, the Baltic states, Moldova and the countries of Eastern Europe, only three divisions - 77th, 223rd, 416th - destroyed more than 100 thousand enemy soldiers and officers On April 21, 1945, the 416th division was one of the first to break into the outskirts of Berlin and several days took a number of key positions in the city. On May 2, a group of fighters led by Lieutenant Rashid Mejidov hoisted the banner of victory over the Brandenburg Gate. Major General Vladimir Zyuvanov (aka Eibat Eibatov) said at the rally: "The last shot in a historic battle for Berlin sounded at the Brandenburg Gate. And this shot was made by the sons of the Azerbaijani people. "75 years have passed since Victory Day, and the merits of the Azerbaijani people in the Great Patriotic War will never lose their significance. Eternal memory to the fallen heroes, eternal memory to the heroes of the war veterans!"

3875 views
later
Haircut after isolation - affordable luxury
previous
Elena Khripushina: "Caucasus is one of the most beautiful places on Earth with the best people"