Alexander Sviyash: "We live in the part of the world where people constantly walk with disgruntled faces"

"Vestnik Kavkaza" under the heading "Helping Ourselves to Live" continues its story about the options for improving the quality of life through spiritual practices. Today we continue our conversation with the writer, psychologist, co-chairman of the Association of Personality Development Professionals Alexander Sviyash. In the first part of the interview, he expressed the idea that it is easier for a positive person to achieve what he wants in life - the more positive, the faster the result comes. Readers may be surprised: how simple everything turns out to be - smile and receive gifts from life! But in reality, everything is much more complicated. Do we often see smiling people on city streets or in public transport? Not nervously or defiantly laughing, namely those who smile not so much with their lips as with their soul? It's not easy to be a positive person.

- Alexander Grigorievich, how can you be happy when around you gloomy and often aggressive people?

- I have traveled almost the whole world, I have seen countries in which people live calmly and relaxed, relations between them are more friendly. They can sit without money, but at the same time remain calm, do not show aggression. We have a different environment. We live in that part of the world where people walk around with displeased faces. We can share the beliefs of those who live around us with such a face, or we can create our own picture of the world. But at the same time, we must allow others to think as they want and do as they like. They can go to political protests, swear, despite the fact that it's all useless, they will think that they are influencing something. We need to express our political position by participating in elections, and not walking around with distorted faces, not noticing that the world is beautiful, nature is beautiful, there is a lot of positive around. Our personal world is what we choose, what we focus our attention on.

- We have already talked with you that in public transport you can often meet gloomy people with low energy, while people who better organize their lives are fenced off from others by an iron box called a car. But even in a car, you can often run into the rudeness and rudeness of other drivers - and there, therefore, there are angry and gloomy ones.

- Wish them well, love and prosperity! Continue to live in your picture of the world. As soon as you start judging other people, your body will have a block of condemnation, aggression, which will attract new aggression. If we got into an argument with some other driver, we have already accumulated a charge against him, and this charge dictates to us: "But look: this one also broke the rule, but the other one also broke - let's have a fight with them too! " 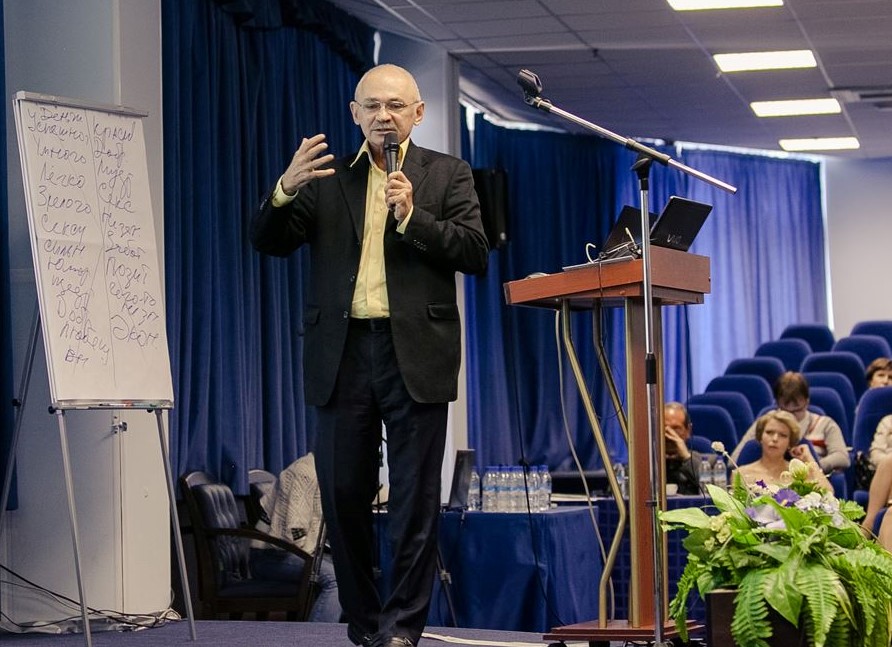 - Do we also attract diseases to ourselves? Is this an educational process of life?

- We generate diseases by our way of life. No one influences us, no one educates us - no one needs us. The modern lifestyle forces us to sit for eight or nine hours at the table, we do not move, although we do what we love. But the human body is dynamic and it needs movement. Therefore, I personally go to qigong gymnastics, fitness three times a week, I like to run - I try to compensate for the lack of movement. And if you sit all day at work, then sit at home in front of the TV, then you get sick from lack of movement.

Disease comes to us when we misbehave. We eat products that are more convenient for manufacturers, and not for us: in stores, boxes, bags, bottles. And we need fresh live food. We drink alcohol, we smoke. The body cannot stand it and gets sick. Plus the experience. Any experience creates an emotional block in us - it is a compressed spring. And the body "puts" this block on some gland, joint. We don't know exactly where. The gland hurts, we go to a doctor who begins to treat this gland, and does not remove the block that caused this pain. We suppress the pain with a pill - leave me alone, they say! When we begin to free the body from blocks, remove the internal struggle with the wife, child, mother-in-law, money, with ourselves, etc., then many diseases go away by themselves. Not all, of course, are illnesses from experiences. Covid is an infectious infection; people with a low immune system, with weak energy, are more likely to get it.

- Alexander Grigorievich, the following situation often occurs: two friends meet and start complaining to each other about a hard life - who is louder. Is this a psychotherapy session for them?

- Any such story allows us to remove the emotional charge sitting in us. This is a normal practice, when we catch our acquaintances, almost by the button, and thus begin to take out of ourselves the energy of feelings and discontent. In addition, a person asks for sympathy, and if he receives it, then it means he receives vital energy. The practice is unprofessional, but people feel relief after it.

- And what about the one who listens to all this? For example, this practice is difficult for me, I don’t know if I manage to convey vital energy to my interlocutor.

- If the complainant ultimately cheers up, then the one who listens will squander, because he shared his vitality. Our people have accepted energy exchanges, but, for example, the Americans do not. They immediately say: "Go to a psychologist." It is not customary for us to go to psychologists, so we tell each other how hard life is for us. In this case, energy exchange occurs. If a person opens his vest for many, then his energy can sink from a large number of complainants, and he can even get sick, because there is not enough immunity.

- How simple it is, some of your readers will say. We become positive, read affirmations, do visualization, do breathing exercises - and all problems are solved! No, they will object to you, life is a very difficult process that requires maximum effort. To live to live is not to cross the field!

- This is a protective reaction of the body against changes - it can't be that simple! We have an instinct for survival that convinces us: don't change anything, don't do anything, you walk around and live like that. A person only by an effort of will can force himself to start changes. If he doesn't want to, he chose such a picture of life himself. As the classic said, everyone has the right to poison his life in any way available to him. This is one of the ways - to live in hardship and believe that if I start to change myself, it will be even harder for me. If a person just breathes on the technique of effective forgiveness, then his relations are improving, he gets out of conflicts, although not always, for about six months. Thus, a person gets rid of diseases, ceases to swear, to look for enemies. People even get younger if they work on themselves.