Askerby Naimanov: "You have a special responsibility if you were born in the Caucasus"

Vestnik Kavkaza spoke with a senior lecturer at the Department of Natural and Mathematical Education of the Karachay-Cherkess Republican Institute for Advanced Studies of Educators, a teacher and sportsman Askerby Naimanov.

- How did you begin to work in the pedagogical field?

- I was born a year after the end of World War II in the village of Ust-Dzhigut, Karachay-Cherkess Autonomous Region. Post-war childhood was difficult, but it was remembered by a clear and transparent sky, outdoor games. The understanding that I live in the Caucasus came in a special place when my older brother wrote poems about the village in which we were born.

My whole life is a continuous movement. As life itself flows without stopping for a second, so a person needs movement for development, for creation, for life itself. I was born in a classic mountain two-story house behind a fence of rubble stones. One of the walls of the house was a rock. Nine steps made of rubble stone led to the second floor. In front of the house there was a large garden where pears grew. In late autumn, we harvested, put the pears in a barrel, sprinkling them with bran to ensure safety until spring. My mother had a sewing machine - she sewed clothes for the village residents. My father worked on a collective farm ... As an adult, putting my son to bed, I told him stories from my childhood, and after another story my son took a deep breath: "Dad, how happy you were!" 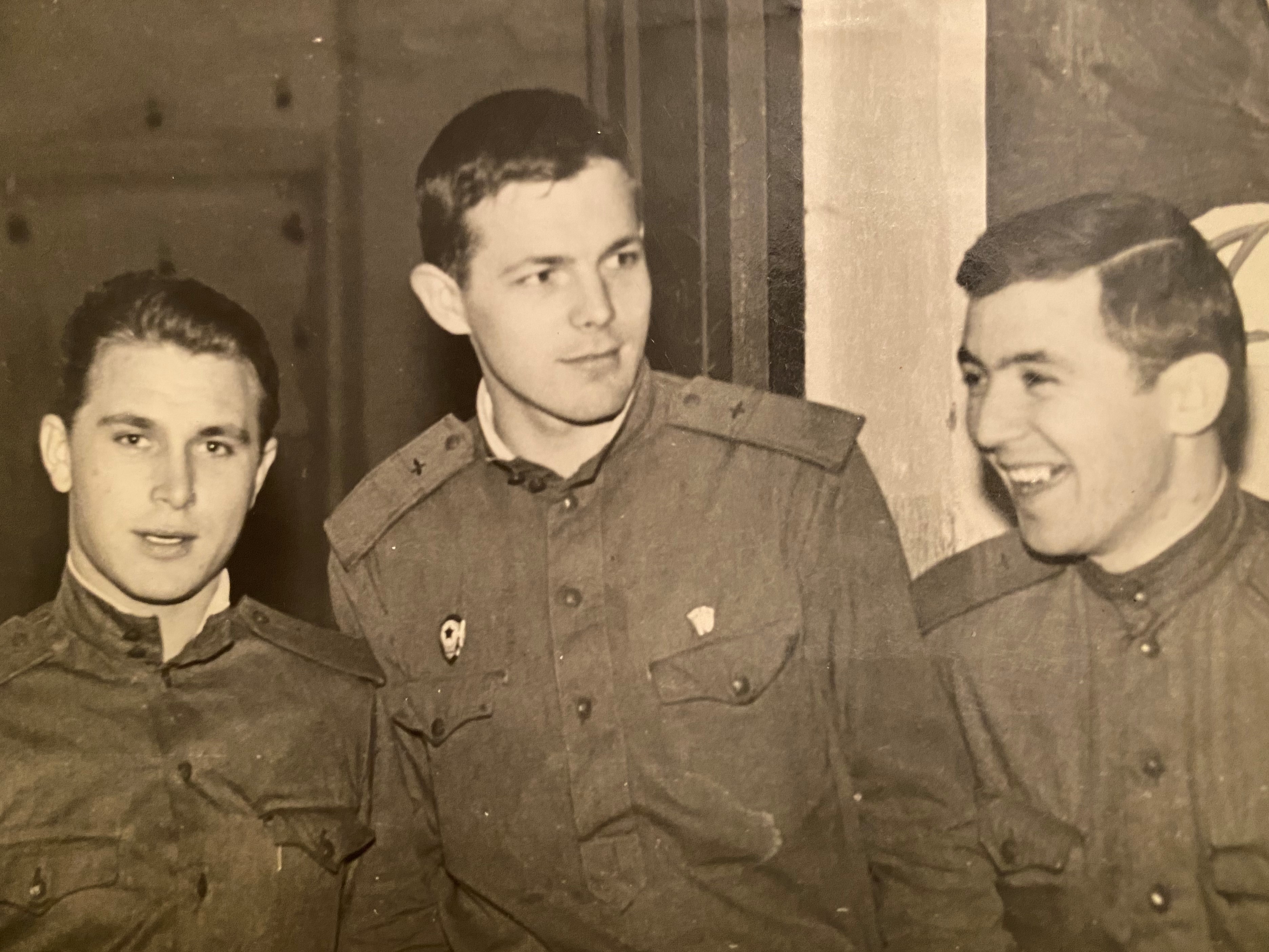 After serving in the army in 1967, the military commissar offered me to work at school as a teacher of primary military training. So I got to school and stayed there for life: first a military instructor, then a physical education teacher, then a director ... My school was awarded the title of the best school in the Caucasus three times at All-Union competitions. 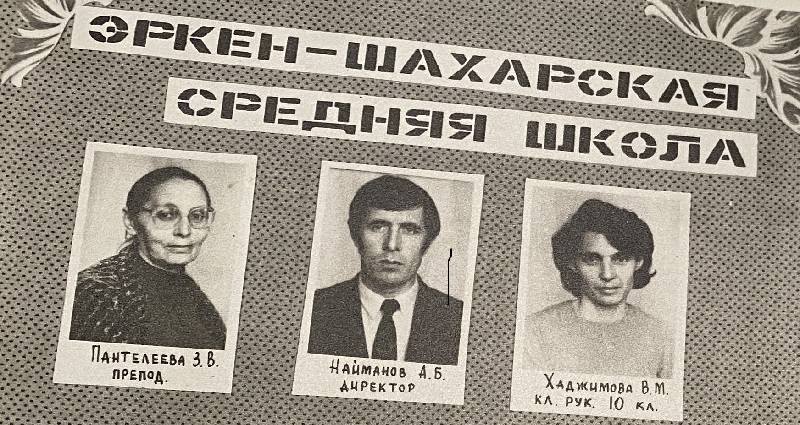 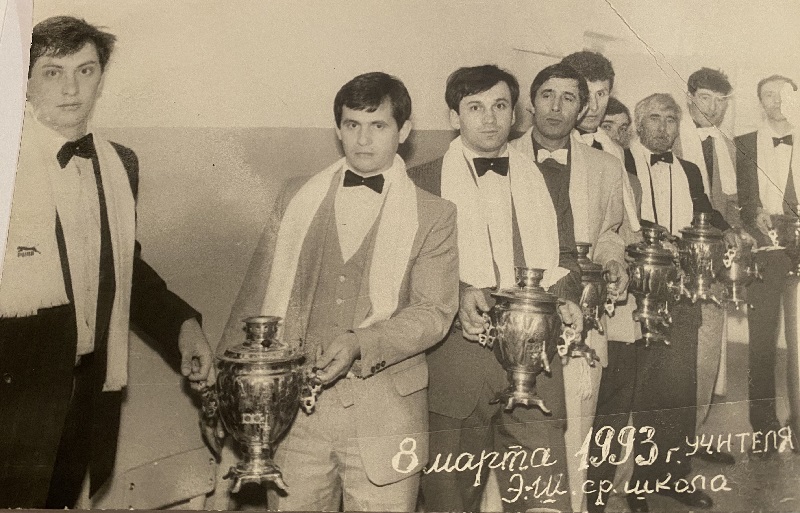 - You are known not only as a teacher, but also as a marathon runner. Why did you start to go the distance?

- I didn’t come to the marathon races right away, it took me many years to do this. Sports in Soviet times was commonplace. As a child, my friends and I went to watch races - one way about 16 kilometers. Perhaps then there was a special love for movement, for running. Later he spoke at the championship for the championship of KChAO on running.

A separate page of my sporting and organizational activities is the bicycle. In those years, I wrote out the magazine Around the World, where in the next issue I read an article about the traveler Gleb Travin, who in three years made a bike trip from Vladivostok along the Soviet border to Murmansk. I was inspired by such a desperate journey. I decided to organize a bicycle trip with students of the ninth grades to the mass grave of soldiers at the Evseevsky farm with the laying of flowers and a meeting with veterans. Probably, our journey became the prototype of the Immortal Regiment. It has become a tradition for school students who annually make a bicycle trip to the monuments dedicated to the Great Patriotic War. Each year, the bike travel route was updated and supplemented, and the number of participants in the bike ride increased. 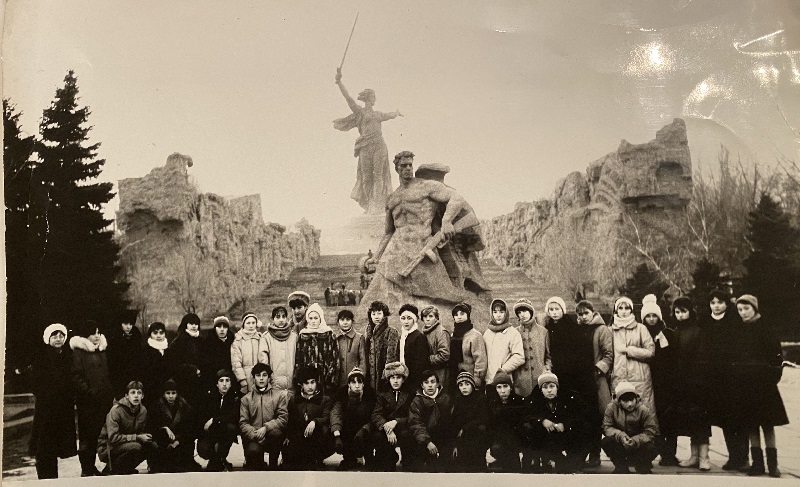 And I was prompted to run for the marathon by an article entitled "Physical education of a schoolboy" dedicated to the marathoner Ron Clark. Training took about a year. Here it should be clarified that long-distance running, and especially marathon, is a kind of chess game, only you have a route instead of a board, and instead of figures you have your body, which you need to control, listen and feel every signal of the body. At the competitions, I was the first marathoner from KChAO. He participated in races in Moscow, in Uzhgorod, where he showed his best result at a distance of 2 hours 31 minutes. 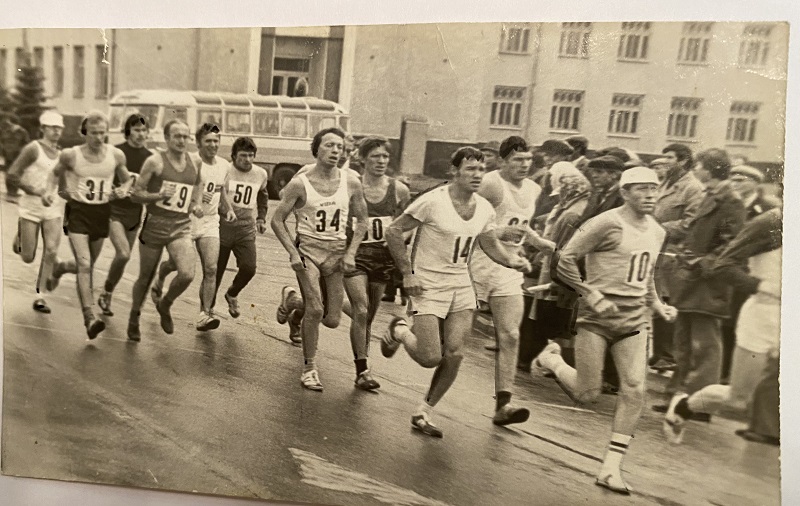 - How did you conquer the water element?

- In general, one could stop at the bike ride, but not for the director of the best school in the Caucasus. So under the influence of the euphoria of the scientific community from the famous trip to the Kon-Tiki raft, I organized a raft of a group of schoolchildren, covering more than 150 km. At first I checked all my tourist fantasies on myself, and only then carefully verified everything and realized it together with the teachers and students of my school. 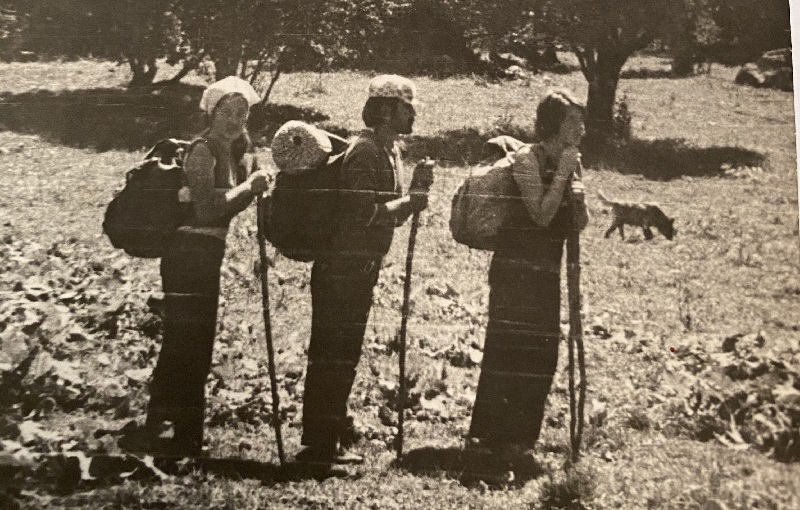 - Which journey do you remember the most?

- The mountains of Arkhyz, where we spent the graduation party, or rather an overnight stay - with tents, a bonfire, with guitars. An amazing and mystical guest of our graduation was a Karachai shepherd with a herd of sheep, which went into a huge clearing, where we settled down, as if from nowhere. Like the fog that always appears and suddenly disappears in the mountains. Shepherd presented a lamb from his herd and helped to cook it according to the Caucasian tradition, and then, according to the mountain tradition, he made a toast. He was a simple villager, unsophisticated in the sciences, not trained in high style, but in his words the simplest and purest truth of life sounded. He spoke as if by a huge hammer knocking sparks of flame from a rock, which, falling on young hearts, flared up in flame. The shepherd spoke about the place where we live, about the most beautiful and most peaceful sky that we walk under, about the very native land that feeds us, and also about the people living around us. The very different, young and old, of different nationalities, but so near and dear and happy about it. At the end of the toast, the shepherd said that the guys are entering adulthood and, having left somewhere, they must remember that they bear responsibility on their shoulders - the responsibility of those born in the Caucasus.

I was always proud to be born in the Caucasus. It is a source of inspiration and joy, the source of life itself. I am happy that my life has passed in the Caucasus. In my opinion, this is the best place to live. At 75 years old, I remember walking and cycling. And I can correct Charles Darwin, who believed that for every cub, movement is as necessary as air - movement is necessary for the elderly. 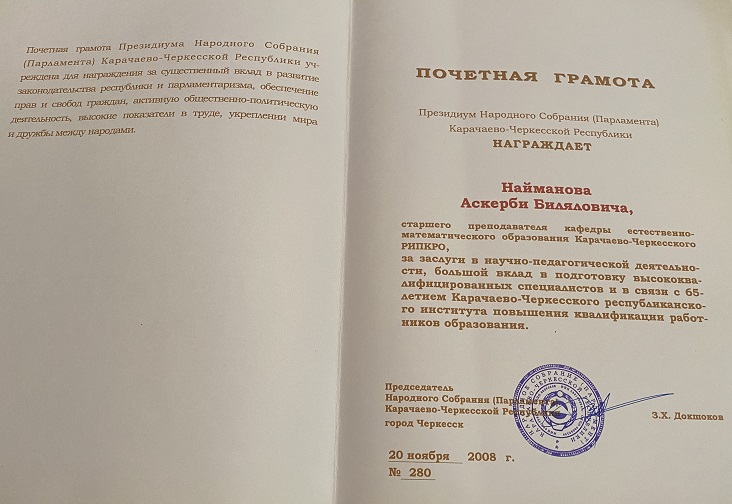