Elena Khripushina: "Caucasus is one of the most beautiful places on Earth with the best people"

Interethnic marriages are considered one of the foundations of multinational Russia. The interlocutor of Vestnik Kavkaza Elena Khripushina was born in the Voronezh region, graduated from the Voronezh Institute of High Technologies with a degree in management and married Ingush Ruslan.

- We met in a restaurant. I was dancing in the company of friends when a lezginka suddenly sounded. An unfamiliar young man stood up with me, who, as it turned out later, was fascinated by the way I danced the national dance. A few days later we collided on the street, however, it turned out that this meeting was not accidental. I was surprised how romantic my future husband turned out to be. He made an offer by hiding the wedding ring in a vase of ice cream. When I answered “yes” to the proposal to get married, the restaurant staff came up to our table with congratulations, balloons and flowers, and then the same Lezghinka with which our acquaintance began to sound. 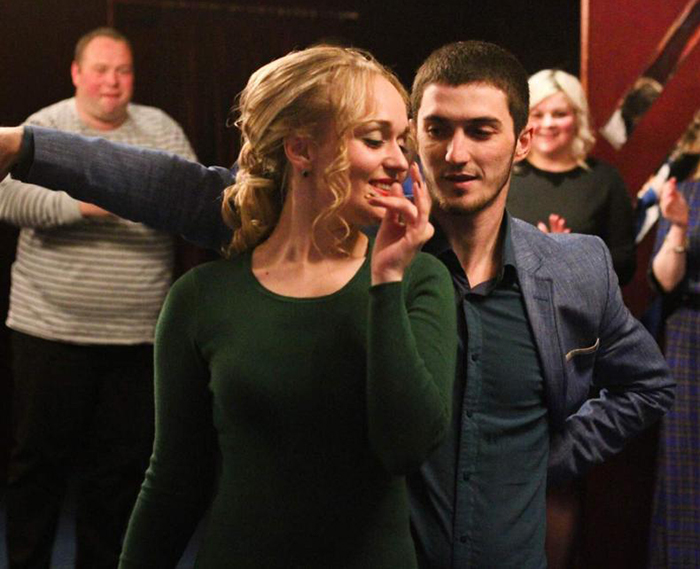 - Where did you play the wedding?

- In Voronezh in the European style, but it could not have done without Ingush color: knitting a scarf and, of course, lezginka. I met Ruslan's parents before the wedding, long prepared, worried. But just on that day I had a breakdown of stereotypes about the Caucasus. 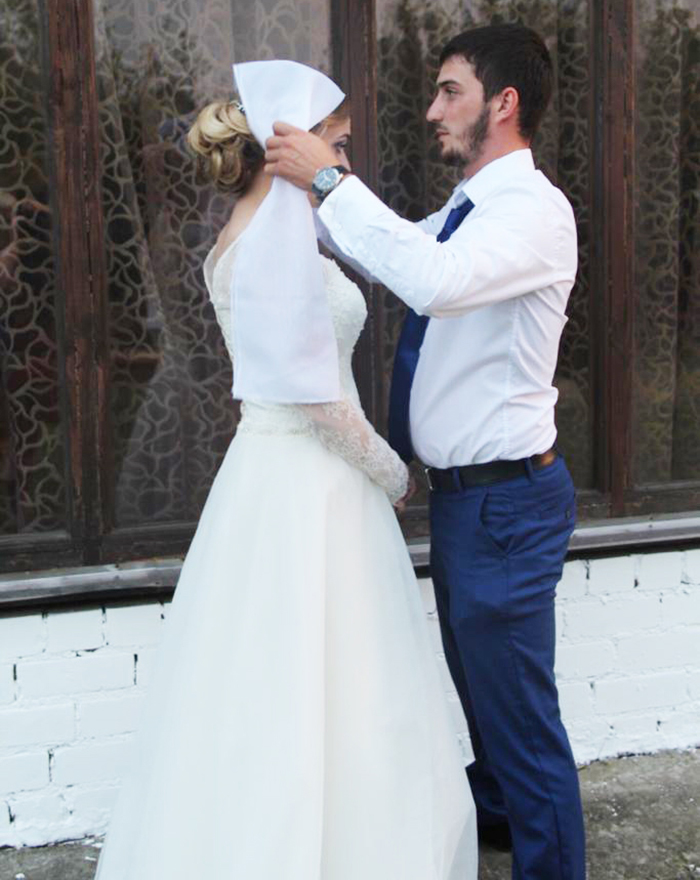 - In our family, the traditional Caucasian style of separation of household chores. All household chores are on me, and my husband is responsible for financial security. In general, there is no clear division of responsibilities between male and female. And here I can debunk one of the stereotypes regarding Caucasian families. A real Caucasian man is not afraid or shy of any work, and conversations on the topic of "wife as a servant" and other fables are sick fantasies. However, one feature that is part of the prerogatives of her husband can still be identified - pamper children. In the Ingush family, the mother is the main educator, and the father, especially with respect to his daughters, is the kindest person on earth.

- Should women in public places wear a scarf?

- Neither in our family, nor in the families of acquaintances and relatives in Ingushetia, did I notice any restriction of freedom for girls and women. Features of behavior are determined by traditional upbringing and a clear understanding of such a concept as honor, which is equally revered by both the male and female parts of Ingush society. Apparent limitations are mental features of the life of the Ingush people. For example, accidental touches between a man and a woman are considered unacceptable, while communication between boys and girls, boys and girls is absolutely normal. In the Ingush tradition, a girl, girl, woman, wife is a great treasure, a jewel. It was from this perception that certain features of caring behavior arose, for example, a girl should always be accompanied by a man.

As for the features of the wardrobe, then, having removed such an element as trousers from my collection of clothes, I acquired the most chic dresses that can emphasize not only the grace of a female figure, but also modesty; as well as many different shawls. Although there are no strict standards for wearing a scarf in our family, but having entered the taste, it will probably be difficult for any woman to stop replenishing the collection of her outfits. 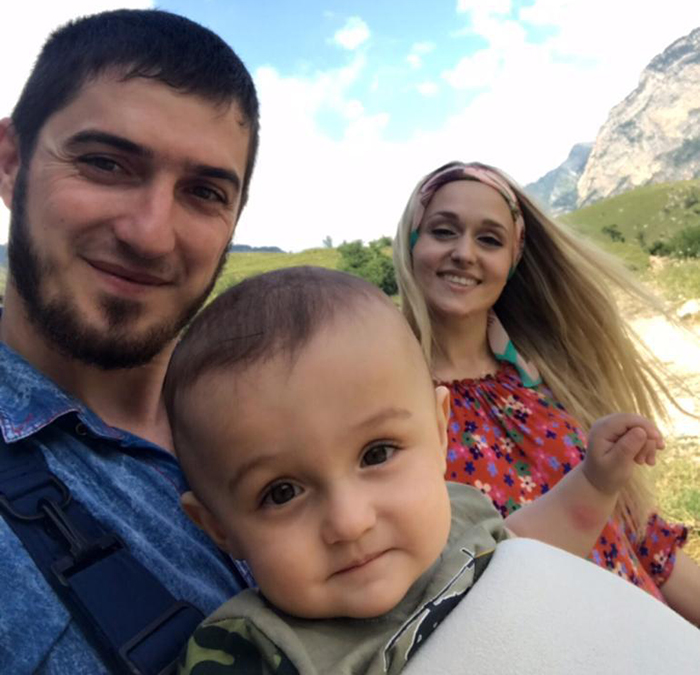 - What would you note the main features of the Ingush mentality?

- Real, non-hypocritical and active respect for elders. The Ingush have a whole etiquette on this score. When we come to Ingushetia, an endless tour of relatives begins. Here we are in a society with beautiful chivalrous traditions, where women are a symbol of beauty, sophistication, hospitality and tenderness, and men are warriors. Such a concept as male friendship in Ingushetia acquires special features. Friendship in Ingush is the most loyal and most faithful attitude, confirmed by the constant willingness to help and even the victim. Hospitality is a separate topic for the whole book.

- In the Caucasus, the girl pays great attention to appearance. Beauty, tenderness and grace - all only for your man. After all, a woman is a treasure for a man, which he protects and preserves. 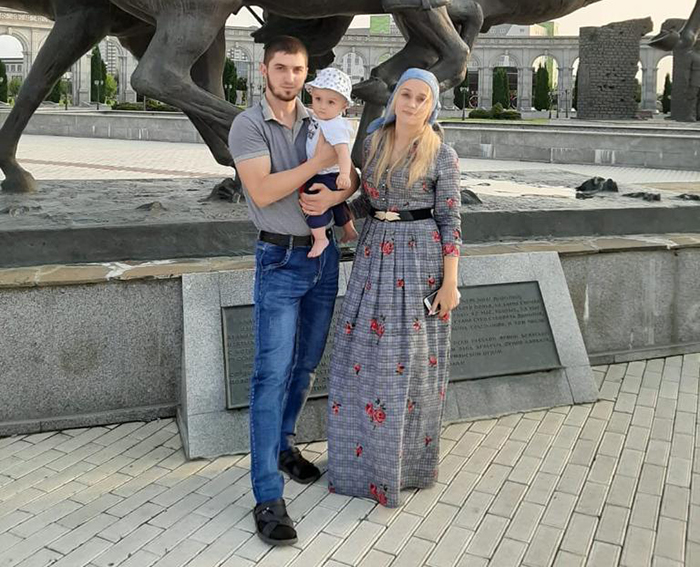 - What traditions are associated in Ingushetia with the birth of children?

- The boy in the Ingush family is a great joy, a successor to the clan, a warrior and a defender. Since childhood, a cult of sports has been instilled in boys. The relations of fathers and daughters are very tender, really high and reverent. The tradition of marrying a girl early is connected, including with the need for additional care from her husband.

When a baby appears in the house, it is not shown to anyone for the first time (these are distant echoes of superstition), and on the seventh day it is customary for the child to shave his head. I could not find out the exact description and significance of this procedure, but my husband said that this tradition is passed down from generation to generation. 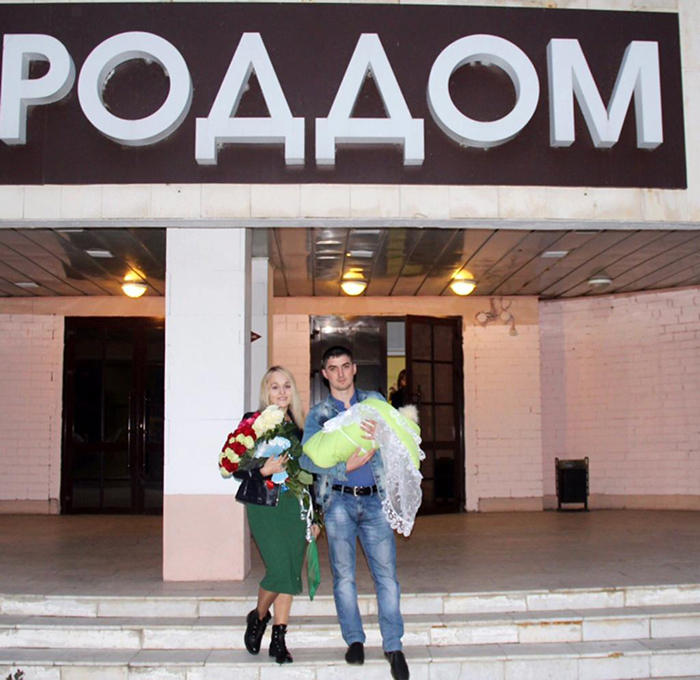 - What is the Caucasus for you?

- There are no female servants in the Caucasus, there are female queens. The Caucasus is one of the best and most beautiful places on earth with the best people. Here lives the most beautiful people with the most romantic men - the Ingush. Here the real knights are called dzhigits.