Elshan Mammadov: "It's impossible to destroy spiritual connection between Moscow and Baku"

The meeting of Russian culture and art workers with the delegation of the Ministry of Culture of Azerbaijan was recently held in one of the old mansions of the Arbat. Representatives of the republic, working in Moscow and other Russian cities, gathered there. The leitmotif of the meeting was the idea that relations between Russia and Azerbaijan are largely based on the culture and spiritual community of the peoples of the two countries. Elshan Mammadov, founder and artistic director of the Independent Theater Project, head of the department of production and management of GITIS, told Vestnik Kavkaza about the prospects for interaction between cultural figures.

- The program of the Azerbaijani delegation to Moscow was extremely rich - it held meetings with the relevant departments of the Ministry of Culture of the Russian Federation, visited Roskino, Rosconcert, the Moscow State Philharmonic, Art Galleries, VGIK, Higher Courses for Scriptwriters and Directors, GITIS, the Moscow Academy of Choreography ... in the Arbat mansion?

- The meeting on the Arbat may become a significant step towards the implementation of the long-standing idea of ​​Rustam Ibrahimbekov (Soviet, Russian and Azerbaijani writer, screenwriter and film director, People's Writer of Azerbaijan, - editor's note) on the creation of the Bakuets club in Moscow. I think this is the beginning of the history of such a club, because people here get to know each other, already familiar people continue to communicate, they are glad to each other, because they do not see each other every day. Here we can discuss important issues. For example, the situation around the Azerbaijani theater. We have been talking about the fact that this theater is in a problematic state for many decades. This situation persists despite the fact that the country as a whole has made a huge step forward, both in terms of creating a cultural space, and in terms of creating its own image in the world. But for some reason the theater is not included as an instrument of influence, as a part of the cultural space in the process of popularizing the country. The cultural policy of Azerbaijan is multiculturalism. And that's great! We really grew up in a country with many nationalities. The mixing of energies is a very important factor. 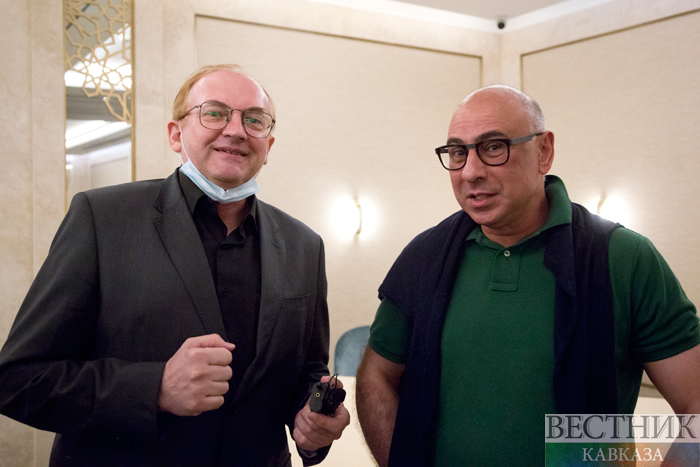 - Who can join the Bakuets club?

- Representatives of culture and science should form the basis of the future club. The intelligentsia is always the instigator of such undertakings. The spiritual connection between Moscow and Baku is very long-standing and deep. She is indestructible. We are now different countries, but the Baku citizen has always had a feeling for Moscow. The Moscow club "Bakinets" could initiate many interesting projects in the cultural space.

It is impossible to destroy the spiritual connection between Moscow and Baku. I do not know what needs to be done to interrupt this connection. We are very tightly connected. For example, you don't need to study directing or acting in Istanbul, for this there are Moscow and St. Petersburg. Russian theater school is the strongest in the world! - was common for national theaters in Soviet times. We are pupils of this school. 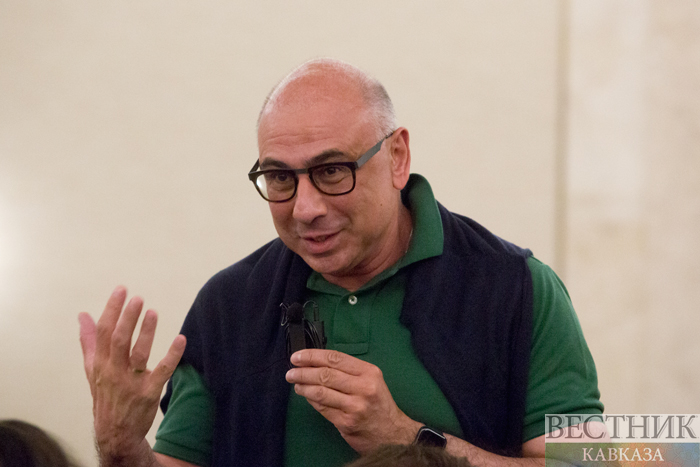 - This year Anar Kerimov was appointed the Minister of Culture of Azerbaijan. How do you like the new team of the Ministry of Culture?

- The new team of the Ministry of Culture of Azerbaijan met with us to hear our opinion on cultural processes. In my favorite film "For family reasons" there is a phrase: "Parents must be loved at a distance, the further away they are, the stronger." And I used to say this all the time about my homeland - the further it goes, the more you need to love it. We live far away, but when a problem arises at home, we rush to help solve it. Today I saw live eyes of the representatives of the Ministry of Culture of Azerbaijan, heard the sparkling words that the theater requires radical changes, felt their desire to change a lot. For the first time in many years, I had a sense of possible need. I have been living in Moscow since the age of 17, but today it seemed to me that we might be of interest to the republic. The main thing is that all this does not remain at the level of conversations, so that the fuse of creation is not lost.