Emin Aliyev: "The range of Azerbaijani-Russian cooperation in the Caspian region is extremely wide"

The Caspian topic remains one of the most relevant for Azerbaijani-Russian cooperation, since we are natural neighbors, we jointly use one of the most important water reservoirs in our entire region, Emin Aliyev, Deputy Director General of the International Information Agency, said today in an interview with Vestnik Kavkaza. Trend on the sidelines of the international round table "Russian and Azerbaijani projects - drivers of economic development of the Caspian region" organized in Moscow.

- What opportunities does the Caspian cooperation provide for Russia and Azerbaijan at the present stage?

- This topic cannot be irrelevant at any stage of Russian-Azerbaijani relations, both in the political and economic, and even in the military sphere. We have a joint resource that we simply cannot help but use. As for the possibilities, the spectrum of potential of the Azerbaijani-Russian interaction in the Caspian is extremely wide. It can cover both military-technical cooperation and issues related to the organization of tourist routes between Azerbaijan and Russia by sea transport. By the way, this topic has been discussed for many years. Unfortunately, recently, due to the pandemic and other processes taking place in the region, it has come to naught. But most importantly, the leaders of our countries, Vladimir Vladimirovich Putin and Ilham Heydarovich Aliyev, pay great attention and make great efforts to constantly develop cooperation between our countries, including on the agenda of the Caspian region.

The Republic of Azerbaijan has established close economic contacts with Russia, not only at the federal level, but also with border regions, subjects of the Russian Federation. We have very close cooperation with the Astrakhan region, with the republics of the North Caucasus, there is an active border trade. Due to the pandemic, due to closed borders, cross-border trade has slightly declined. Nevertheless, the governments of our countries are making efforts to ensure that the pandemic does not affect the growth rate of trade.

During the recent visit of our government delegation to Russia, this topic was just one of the main ones. It was stated that in the first quarter of this year we managed not only not to reduce, but even to slightly increase the trade turnover. This signals that the situation, in principle, is developing well, there are prospects, and the parties are actively working. That is, the words that are declared by managers, officials at different levels are always supported by deeds, specific projects, investment agreements, joint ventures that are organized by our investors together with the Russian one on the territory of the Russian Federation. We are talking about joint ventures that are being implemented in Azerbaijan through the efforts of the governments of our countries. Due to the fact that Ilham Aliyev and Vladimir Putin pay great attention to cooperation between our countries, it continues to develop, go progressively, despite any potentially negative processes, including the coronavirus pandemic.

- What are the main areas of Russian-Azerbaijani cooperation would you single out?

- The Russian market is one of the main ones for the export of Azerbaijani agricultural products. This has happened historically, logistically and economically. A large Azerbaijani diaspora lives in the Russian Federation, which actively participates in the economic life of Russia. Russian business is actively working in our country - there are joint ventures, there are joint car production, joint assembly, cooperation in the field of agriculture, logistics centers. We cooperate, among other things, within the framework of the North-South and East-West international transport corridors. Recently it was reported that the Russian company LUKOIL wants to be the operator of the Dostlug oil and gas project in Azerbaijan. In short, as you can see, the range for interaction is the widest. This includes the oil sector, energy, transport, logistics, and, of course, non-oil industries such as agriculture, mechanical engineering, pharmaceuticals. There was information that the issue of the production of the Sputnik V vaccine in the territory of Azerbaijan was being discussed. This will also be relevant and beneficial for all participants in this project if it is implemented. 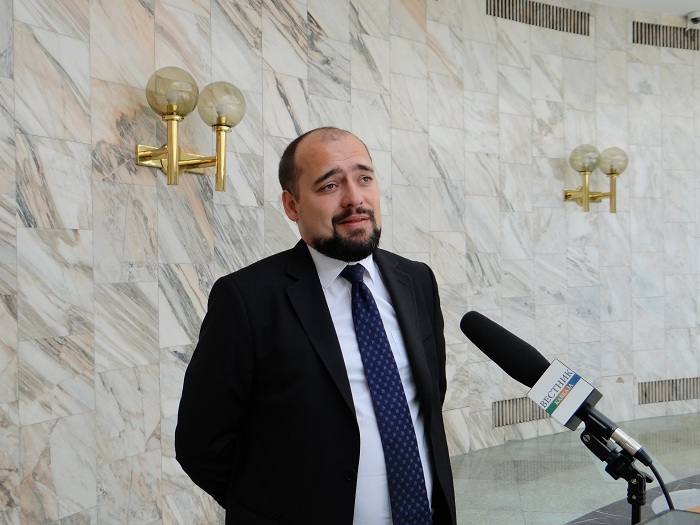 - What are the prospects of the North-South transport corridor?

- In order for the North-South corridor to start operating in full force, it is necessary to complete the construction of a section of the railway on the Iranian territory of Rasht-Astara, which will connect the Iranian railways with Azerbaijan. As for our part, the Azerbaijani railways and road infrastructure are absolutely ready. The railways of Russia and Azerbaijan are connected - there are no problems at this stage. As for road transport, everything is in order there too. As soon as the Iranian section is completed, it will be possible to say that the infrastructure is completely ready. Then it will be necessary to develop a certain preferential tariff policy, possibly to sign additional interstate documents that will make this corridor even more attractive for cargo transportation.

It should be borne in mind that the situation in our region has changed dramatically last year. Azerbaijan regained control over the territories that had been occupied for about 30 years. This will become a powerful impetus for the development of Azerbaijani-Russian cooperation in the Caspian format, if we consider this issue through the prism of a transport corridor. It is important that after the end of hostilities, the parties agreed to unblock transport communications. It's no secret that Armenia tried to push through its own scenario for the route of the North-South transport corridor, which would pass through the Armenian-Iranian border. Certain assumptions were made about the risks associated with the fact that part of the Azerbaijani-Iranian border, which was under occupation, will be used illegally. Now this issue has been resolved finally and irrevocably. The Azerbaijani-Iranian border has been restored, it is fully controlled by us. The bandit formations are no longer there and never will be.

Because of the Nagorno-Karabakh conflict, the corridor from the Nakhichevan Autonomous Republic, from our exclave, to the rest of the country was blocked, I mean the Armenian-Iranian border and the railway that exists there. All of this will be unlocked and will have a positive impact on the capacity and economic potential of the North-South corridor. When these communications are unblocked, our exclave will become a regional transit hub, because it is there that cargo flows from Turkey to Azerbaijan, from Armenia to Russia, from Armenia to Iran, from Russia to Turkey will flow. Thus, the North-South corridor will also link east to west.

This will be beneficial for all countries in our region. I am sure that this initiative in the economic sense will be supported by all states of the region. Iran and Armenia will get a chance for normal economic interaction with their neighbors. Over the past 30 years, a huge number of infrastructure projects have been implemented in the region - both Azerbaijani-Russian, and Azerbaijani-Iranian, and Azerbaijani-Georgian-Turkish. There were many formats, but none of them featured Armenia. Even with Russia, it does not have any major infrastructure projects implemented, primarily because there is no natural border. To establish such interaction with Russia, on which Armenia depends, it is necessary to establish interaction with its neighbors - either with Georgia or with Azerbaijan. Interaction with Georgia is more or less established, but there are problems associated with the periodic inaccessibility of the Georgian Military Highway and the Upper Lars checkpoint. As for Azerbaijan, now Armenia has a chance to start living like a human being, build relationships with neighbors and get the long-awaited, much-needed economic benefit. Moreover, it will be beneficial for all other countries too, including Azerbaijan.