Turkey recently hosted an international ice climbing festival. This is a young sport, it is the activity of ascending inclined ice formations - frozen streams, waterfalls, icy rocks - with the help of special equipment. The mountaineer, the first Azerbaijani to receive Snow Leopard award, judge Israfil Ashurly told Vestnik Kavkaza about the festival and ice climbing in general.

- Who came up with the idea of holding an ice climbing festival?

- The initiators of the ice-climbing festival in Turkey were Turkish climbers Emrah Özbey and Çetin Bayram. The first festival was held in 2014. Five festivals have been held from 2015, which are actively attended by foreign athletes. The next festival will be held at the end of January 2021.

If we talk about the changes occurred, this is an increase in the number of waterfalls: at the first festivals their number was slightly more than 10, and now the festival participants and guests who want to visit Turkey at that time for ice climbing can use 36 frozen waterfalls.

-  Who is the target audience of the festival?

- The festival is designed for a wide range of athletes of various levels: from beginners to professional climbers. Most of the participants are athletes from different regions of Turkey, but there are also foreign guests - about 30%.

- What one need to do to take part in it?

- A desire. The festival is of a chamber character, and top athletes from abroad are usually invited there. But for example guys from Russia need to come a little earlier or a little later. It is worth going to Turkey and try, and also see what Turkish ice is like.

- How is climbing a waterfall different from other types of climbing?

- There is a specificity. You will get wet because it is ice, and ice tends to melt, especially if the sun is shining. But it’s more convenient to climb the ice. You use ice tools, pole climbers are put on you and, if you have mastered the technique, then you do not have any special problems in order to move around the ice relief. The only thing you will need to undergo the initial training. By the way, this can be done in the framework of the festival. Frozen waterfalls have various categories of complexity. A beginner should not try to a complex waterfall, but it's quite easy to learn climbing a simple one. 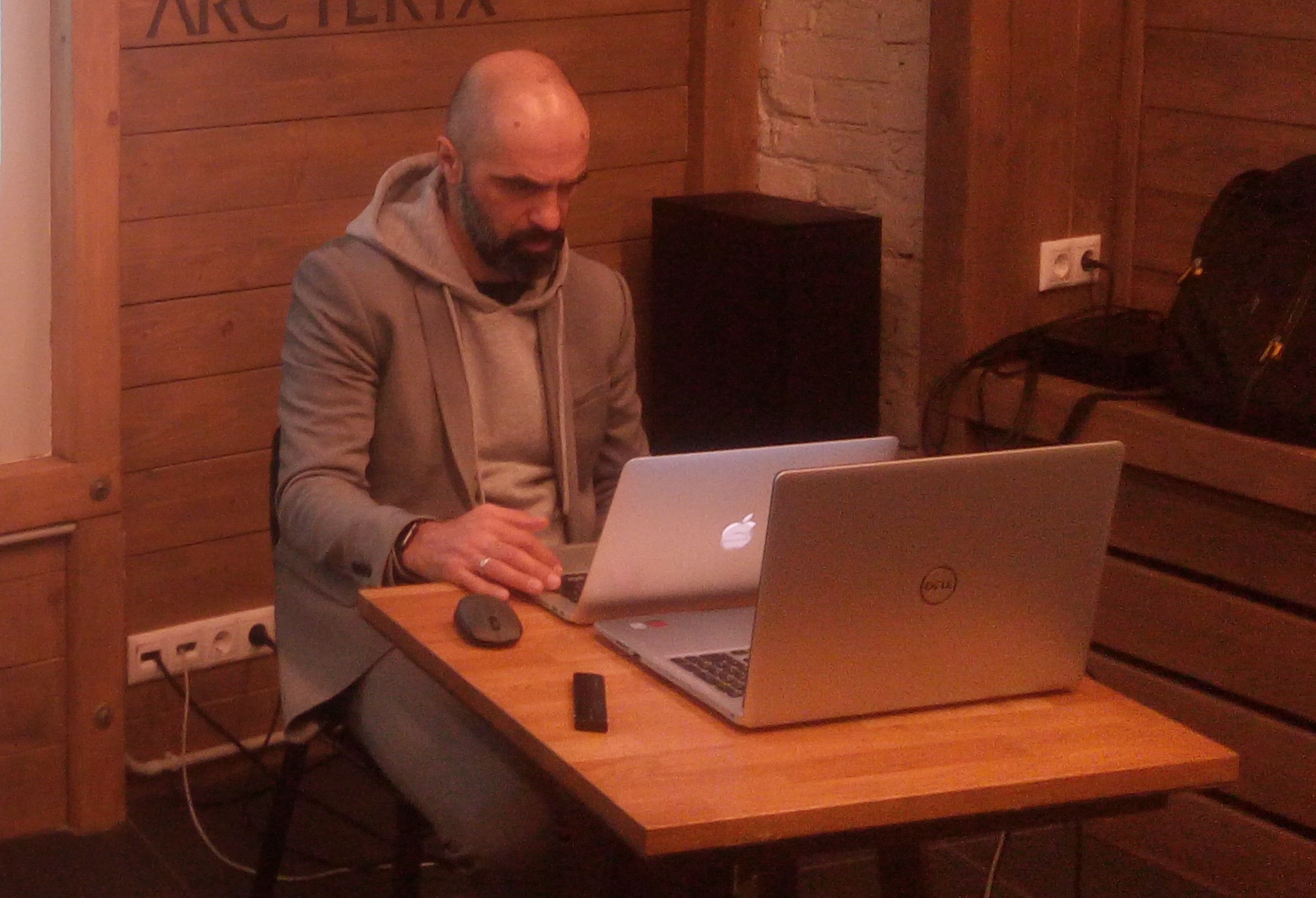 - What training should a climber have?

- I worked as an instructor at this festival as well. One of my students was the governor of the Erzurum province, a venerable 60 years old man, not of the lightest weight, but a man with good motivation and tenacity. We worked with him, and he climbed his first rope.

- I visit Turkey with a certain frequency, try not to miss this festival. It is very important for me, since I open the calendar year in Turkey. I go there to start my training. Last year was very eventful: I started in Turkey, and finished in the Himalayas. In total, I had 16 expeditions - every month I visited the mountains, large and small, on various expeditions, at training camps, I gave lessons. This year I went to Turkey again, it was an energy boost and will try to use it further. Next year I'm going there again. I want to climb all the remaining waterfalls which I have not climbed yet.

- What can waterfall climbing give participants?

- Everyone is used that ice is horizontal. We know figure skating, hockey and other staff. But there is vertical ice as well. It is a separate sports discipline - sports ice climbing. A few days ago, I was judging the Ice Climbing World Youth Championships in Kirov. In the 'complexity' discipline, athletes climb the structure using ice tools and pole climbers; in the 'speed' discipline they run on vertical ice. What does this mean for people? A fresh interesting look at winter activities. This is a very exciting activity. For those who have not tried, I recommend trying.

Unfortunately, the Moscow winter was not frosty this year. I could not train in the Moscow region, so I tried to travel somewhere to conduct training.

- What, in your opinion, makes the festival in Turkey special?

- It's some kind of special aura that is inherent in eastern people, hospitality. Your every desire is fulfilled here. Atmosphere is very warm here. Although its sites are located in places where it is not very warm, the hosts provide maximum comfort. And these are not well-known resort areas. Erzurum is situated 1900 meters above sea level. This is not quite a tourist area, but extremely hospitable. People don't not always speak English here, but they always try to understand you. I would recommend just traveling to these places not only in winter, but also in summer.