Khadzhimurat Gadzhiev: "Right now Dagestani youth behave differently in other cities of Russia than they did several years ago"

Relations between residents of large Russian cities and natives of the North Caucasus are often considered difficult, far from mutual understanding. For example, North Caucasians are accused of double standards: in the opinion of other Russians, they behave more decently at home than in other regions of the country. The chairman of the public council of the permanent mission of Dagestan in Moscow, Khadzhimurat Hajiyev, in an interview with Vestnik Kavkaza, challenged this approach to fellow countrymen and explained why their behavior is perceived as defiant.

- Khadzhimurat, do you know how many young Dagestanis live in Moscow and the Moscow region?

- There are no exact statistics, but a few years ago I heard the figure - 100 thousand. Although, I think there is actually more. Moreover, more than half of them are under 35 years old. Young people are more mobile, and Dagestan has a high unemployment rate, so young people are looking for self-realization on the side, including in the capital. Go to any Moscow hospital and you will immediately see Dagestani doctors, and among them young people. We have a more accurate figure for students - almost 5 thousand Dagestanis study in Moscow universities. The permanent mission closely monitors their lives, and often organizes meetings.

- Do Dagestanis in the capital region have any specialization or do they work in many areas?

- Since there are many of us here, there are many areas in which we work. Trade in chain stores and construction can be distinguished. In the Moscow region, it is very important for newcomers to find their niche in the labor market. Let's say that the food markets were well developed by representatives of other peoples of our former country 30–40 years ago, although you can find Dagestani traders in the markets. And network trade began to take shape 20 years ago, and Dagestanis, including security guards, have already begun to work in such stores.

Dagestanis have always been drawn to government service, especially military service. I would like to note that ten years ago, the recruitment of Dagestani youth to power structures was limited for various reasons. We even sent letters to the Ministry of Defense with a request to increase it - there were those who wanted to! Now such opportunities for Dagestani children are opening up more and more. Before the New Year, we visited several military units in the Moscow region, where from 200 to 300 of our fellow countrymen gathered in the halls. We in the permanent mission deal with excesses and even with crimes in military units, in which Dagestanis are involved. I am pleased to note that there are much fewer excesses and crimes than a few years ago.

- How did you and your colleagues on the permanent mission react to the sensational shooting incidents at the weddings of fellow countrymen?

- Then we quickly went to the scene of the incident. Administrative cases were instituted against the shooters, not criminal ones. Our commission provided legal assistance, conducted explanatory conversations with the guys. Let me remind you that this was many years ago, and now such behavior is considered bad form among the North Caucasians. They already understand that this is not a custom that should be taken from the past into the present and the future.

The problem is that there are still a lot of hotheads among us, Caucasians. Even in Dagestan, when we prepare the groom's cortege at the wedding, we instruct everyone: we drive strictly in a column, we don't overtake each other, we don't drive into the oncoming lane ... Everyone agrees, but on the way, some hot head will suddenly take over and burst forward, giving courage to the rest , and youthful prowess begins with recklessness! We have to stop the motorcade again, again put the guys in order. So it was with a traumatic pistol at one of the weddings, when the bride was taken from her house - someone snatched it out, was going to shoot, and we, the elders, immediately enlightened him. It worked! But the police immediately seemed to grow out of the ground, fortunately, the pistol was registered. Imagine what a resonance this case would have caused in Moscow! The shooting at the wedding in 2012 received wide publicity thanks to the press, which, of course, is correct, but not without exaggeration. 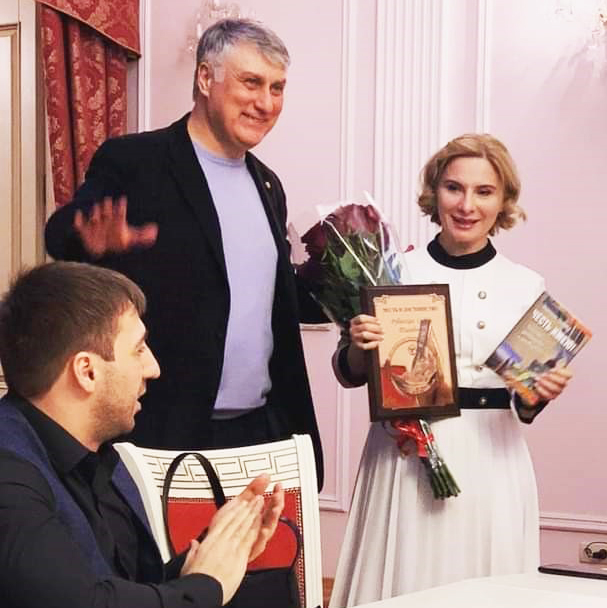 - Many Russians have the opportunity to observe the behavior of North Caucasian youth in different regions, and our fellow countrymen are often far from meek here. Why?

- Let's analyze the situation using the internal example of Dagestan, without touching other Russian cities. A rural guy comes to live, for example, in Makhachkala or Kizlyar. Cities have a different lifestyle, different opportunities, they try to fit in in their own way, to conquer the city, they act as best they can. And this process of conquest is often disliked by the locals, because there is a difference in the behavior of townspeople and natives of villages. This difference is especially evident in Moscow and other large cities. But often the inhabitants of the North Caucasus behave on the road as the public environment allows them. My words are confirmed by the situation in Moscow: now you can't get overwhelmed here, as several years ago, when you could smell it and go unpunished! This applies not only to the North Caucasians. And this is absolutely correct.

- Life difficulties during the period of economic difficulties, sanctions, pandemics strain all post-Soviet youth, but they manifest themselves in different ways: among the natives of the North Caucasus, we see, perhaps, sharper behavior than those who are driven by difficulties into depression, loneliness, alcohol dependence and smoking. This difference is striking and frightens many. Don't you think so?

- I agree. Take the same Europe: how expressively the youth of southern countries behave on the Mediterranean coast, and how restrained their peers in countries, for example, on the Baltic coast! So it is with us. The North Caucasian youth differs from their more northern peers in their cultural code, traditions, and manner of expressing emotions. Taking these features into account is the national policy of the state. But religion here, on the contrary, can only get in the way. They prefer not to talk about this, but it is necessary to discuss this topic.

Many religions have common values, but there are also enough differences - in upbringing, in rituals, in relation to marriage, women, etc. It divides people. Even in Dagestan, not to mention big Russia. Our religious youth are very different from the secular ones. Religious youth are demanding to arrange prayer rooms in universities, children wear beards. Due to their religious convictions, they often go ahead, against the generally accepted rules, sometimes it comes to excluding such guys from universities. Others, especially officials, go to church demonstratively. All this is pulling our society apart, but we must strive for common cultural platforms. Religion is a soul, an intimate inner process, you don't have to stick it out. Otherwise, it will not be useful, to put it mildly.