- What is the reason for the attempt to add the Azerbaijani tea culture to the UNESCO list?

- Even in times past, people came to the territory of modern Azerbaijan for salt and oily liquid (which is now called oil), as well as to worship fire. Many fire-worshipers arrived here, because historically Baku is Baguan, the city of fire. Merchants came here from China, where they had tea already in the 1st century AD, and brought drinks with them. Since then tea was imported into Azerbaijan.

Teahouses as catering enterprises were mentioned in the 10th century in the book of Samak-e ʿayyār. Samak ayyar, hiding from law enforcement officers in Tabriz, hides in a teahouse that served tea (among other things). In the 14th century, Pir Budag, before becoming the head of Tabriz, liked to sit in teahouses, which had become a common practice to hang out by that time. Both ordinary people and those in power gathered in teahouses. These facilities played the role of socio-political centers, where ideas were born, urgent problems were discussed. Azerbaijani public figures had also been engaged in discussions in teahouses in the late 1980s and early 1990s. In Azerbaijan, a teahouse is not just a catering enterprise, but a place that has determined our behavior, our consciousness for centuries. This is one of our core traditions. 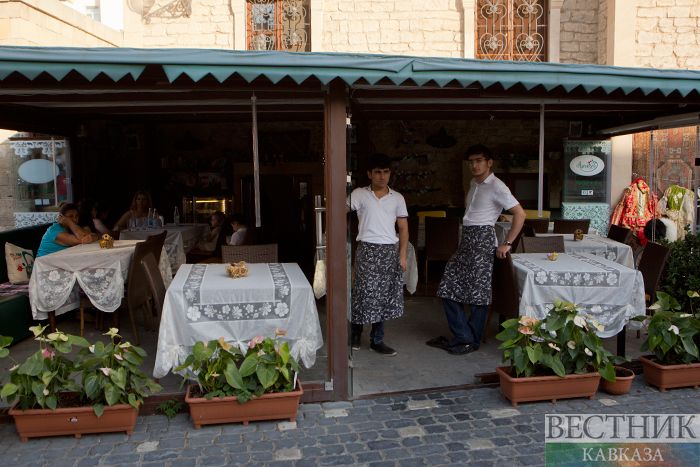 - In Azerbaijan, they used to brew herbs before tea was imported, did they?

- Hundreds of types of herbs. The "ancestor" of modern samovar was found during excavations in Sheki, Azerbaijan. It was 3700 years old. The principle of its operation is based on a change in the air-water environment. Such samovars were used to cook soup for a long time (there are modern restaurants where soups are cooked in ancient samovars of a special shape), but then they began to brew herbs in them. We have 25 species of thyme, with 18 of them in Lahic, three species in Nakhichevan, and the rest in all regions. We have thyme with a taste of lemon, with the smell of a rose and so on.

After tea was imported from China, it was probably also brewed in a samovar. Samovar tea traditions have appeared in Azerbaijan a long time ago: "demchi" is put on the top of a samovar to keep the warmth. Drinks are served in one or two teapots, along with sweets.

Japan has a different tea culture: first, they eat sweets and then drink tea. In Azerbaijan, we drink tea with sugar, lemon, honey, pekmez, doshab, baklava, sekerbura, gatlama, and jam. 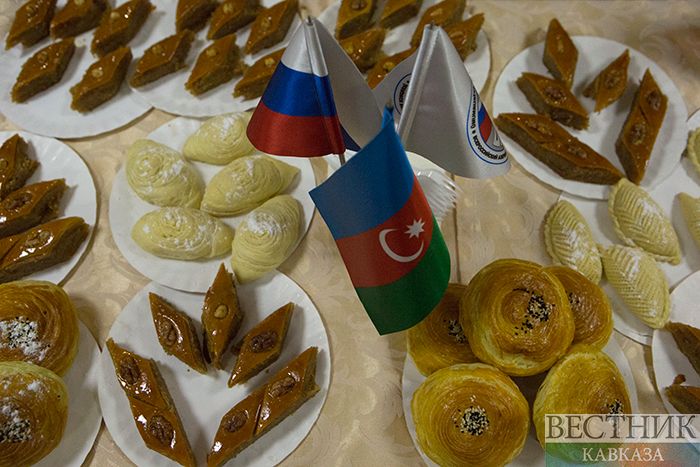 - Azerbaijan is famous for its sweets ...

- The Azerbaijan Culinary Association held tea festivals in Baku several times. The international jam festival was held five times in Gabala, and  the traditional sweets festival was held in Sheki. All events have one context - in fact, all these are tea festivals, because jam and sweets are not served without tea. We have a lot of national sweets and preserves, pekmez and dried fruits, kishmish and so on.

There's a tradition: guests to someone's house are served tea. Before meals, with meals, after meals; morning, evening and lunch. Tea has become a traditional national drink in Azerbaijan, both among the poor and the rich. We have many legends and songs about tea. 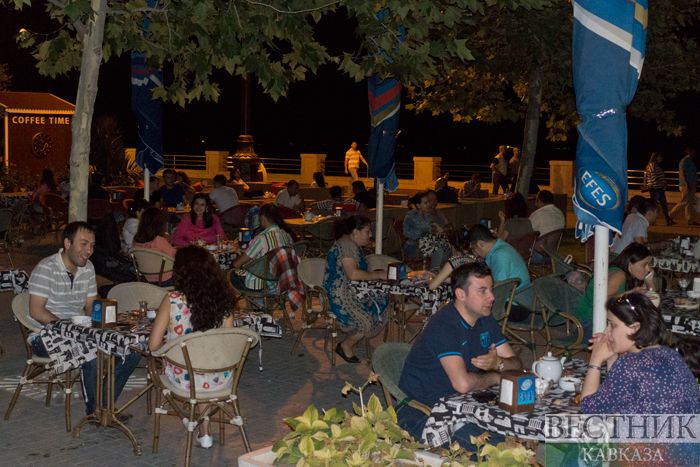 - How is the country's tea production organized?

- Mostly we drink black tea. The best plantations of May tea are located in the Lenkoran and Astara regions. Azerbaijani tea is well exported now, it is sold in Russia, Iran and other countries. My friends always ask to bring Azercay products as a gift. This is a brand, because Azerbaijani tea is of very high quality and very tasty.

We serve tea at weddings, funerals and celebrations, which has become an integral part of ritual, ceremonial, and festive cuisine. When matchmakers come to the girl, if her family agrees to the marriage, then two-color tea is served: first, sugar is dissolved in water, then sugar syrup is poured and some tea leaves are placed on top. Sugar symbolizes the girl, because it is sweet, and the young man is tea. Matchmakers mix both layers with a spoon, and if the tea is sweet, it means the parents agree to marry their daughter off. 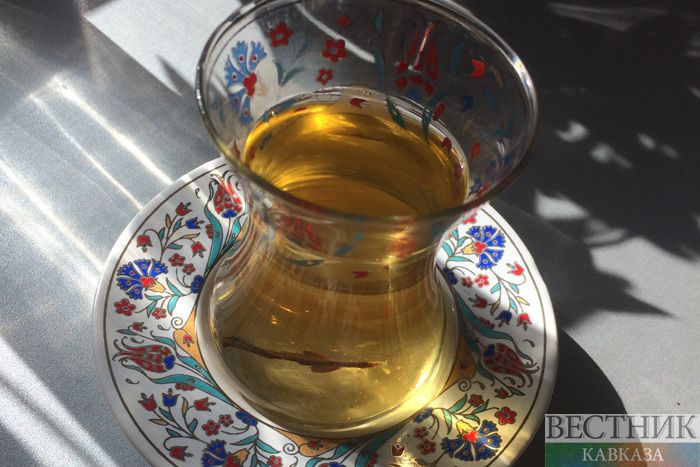 A special glass called Armudu was created in Azerbaijan. It slightly resembles a female figure, therefore tea is usually served in such glasses when matchmakers come. By the way, the drink is cooling more slowly in them.

The context of folk traditions, the history of tea, the history of a samovar, an armudu glass and their role in our everyday life predetermined Azerbaijan's application to add tea culture to UNESCO Intangible Heritage List.