Umayra Tagiyeva: "During the occupation, we considered it our duty to provide weather forecast for Karabakh"

Umayra Tagiyeva has been working in the field of hydrometeorology since 1990. She now heads the National Hydrometeorological Service of the Ministry of Ecology and Natural Resources of Azerbaijan, and is "responsible for the weather" throughout the country. Vestnik Kavkaza talked with Umayra Tagiyeva about the climate and ecology of the Azerbaijani regions recently liberated from the occupation.

- During the almost 30-year occupation of Nagorno-Karabakh and adjacent regions, Azerbaijani forecasters constantly gave weather forecasts in these territories. How did you collect forecast data?

- We considered it our duty that every day it sounded on the air. Yes, our citizens were not there, but these are our lands. We were doing our duty. Now we feel joy that the districts have been liberated, and now the forecasts will be more accurate. Previously, we had no supporting material. In Soviet times, ten hydrometeorological stations functioned on the territory of Karabakh, which were later destroyed. Also on the Karabakh rivers until 1990, there were about 17 meteorological posts. Moreover, some observations at meteorological stations covered a period of more than 100 years. This is very valuable information.

During the occupation, forecasts were made by interpolation, based on data that we received from the nearest regions, that is, based on data from stations located in Dashkesan, Gadabay and other settlements. Of course, this affected the accuracy of the forecasts. In the next 4-5 years, we plan to install modern automated observation stations in Karabakh.

By the way, since last year, 25 of the most modern automatic stations have been put into operation on the country's rivers. In the coming years, we plan to renew the observation network in Karabakh, three of them will be located on the Terterchay River and on other main waterways of Karabakh.

- How will summer look in Karabakh?

- In recent decades, during the summer, there have been more and more prolonged periods of abnormal heat waves as a consequence of climate change. Of course, long-term forecasts are a thankless task. Because their justification in world practice is not higher than 60-70%. Despite this, meteorologists around the world prepare seasonal weather forecasts. Based on the model of world weather centers, we can say that the trend of high temperatures will continue in Azerbaijan in the summer. Therefore, in Karabakh, according to our preliminary forecast, the overall average air temperature will exceed the climatic norm by 1.5-2 degrees. On some days, possibly even higher. This is a general trend in recent decades - every year during the summer there are long periods of abnormal heat.

- What damage was caused to the environment during the occupation? How did this affect climate change in the region?

- Undoubtedly, over 30 years huge damage has been done to the ecosystems of Karabakh. About 25% of the forest fund of Azerbaijan is located on the territory of Karabakh. The invaders mercilessly cut down these forests. Of course, this affects the ecosystem and, in general, the climate system of not only Karabakh, but the whole of Azerbaijan. Work is underway to assess the damage.

One of the main tasks today is the restoration of the biodiversity of Karabakh. Now we are talking about the release of fry of various fish species into the rivers. Soon we will release trout fry in the place where Akarichay and Berguushadchay meet. This action is symbolic and will contribute to the restoration of the ecological balance of the aquatic ecosystem. In the Kubatly region, we will have a forest planting campaign. 70% of 2000 species of flora and fauna are listed in the Red Book on the territory of Karabakh. These are rare, endemic species of flora. 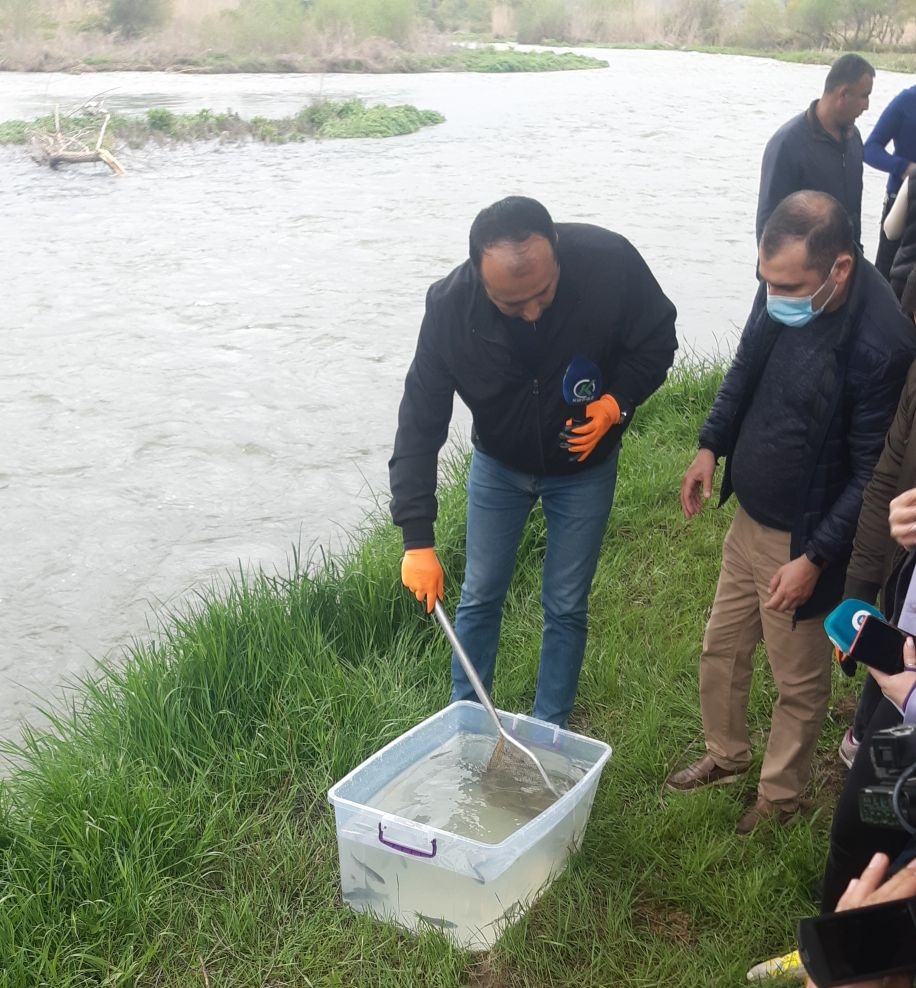